Many automakers, in countries all over the world, can look back at their pasts and identify standout vehicles that had more profound impacts than they ever planned. At the French automaker Renault, the tiny 4L was one of them.

The small car was in production for more than 30 years between 1961 and 1992, and Renault decided to honor the model with a special concept car it showed off to fans last weekend and again on Facebook on Monday. The E-Plein Air is based on a standard 4L, but the concept packs an electric powertrain borrowed from the Renault Twizzy, a pod-like electric car sold only in Europe. The original Plein Air was made between 1968 and 1970 as a stripped-down beach cruiser of sorts with no doors and no roof. The retro-mod concept sticks with that tradition but adds an electric powertrain. 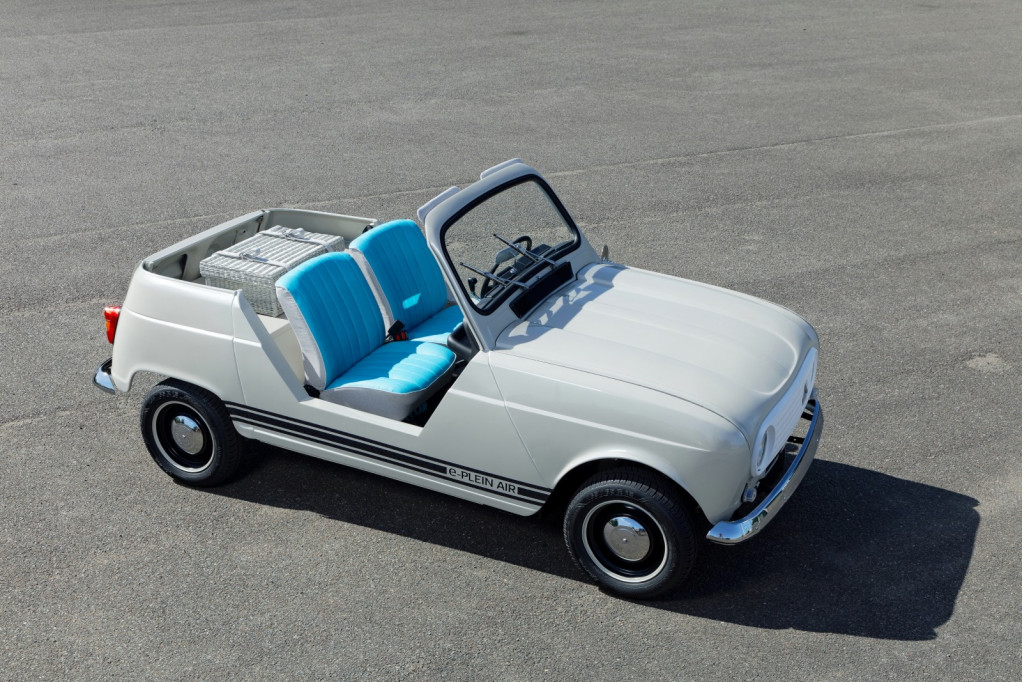 The Renault classic car division teamed up with Renault Design and supplier Melun Rétro Passion to bring the E-Plein Air to life for this year's 4L International, which was held this past weekend in Thenay, France. This year marked the 10th anniversary of the Renault-coordinated get-together. Naturally, the French automaker decided the anniversary called for something special. 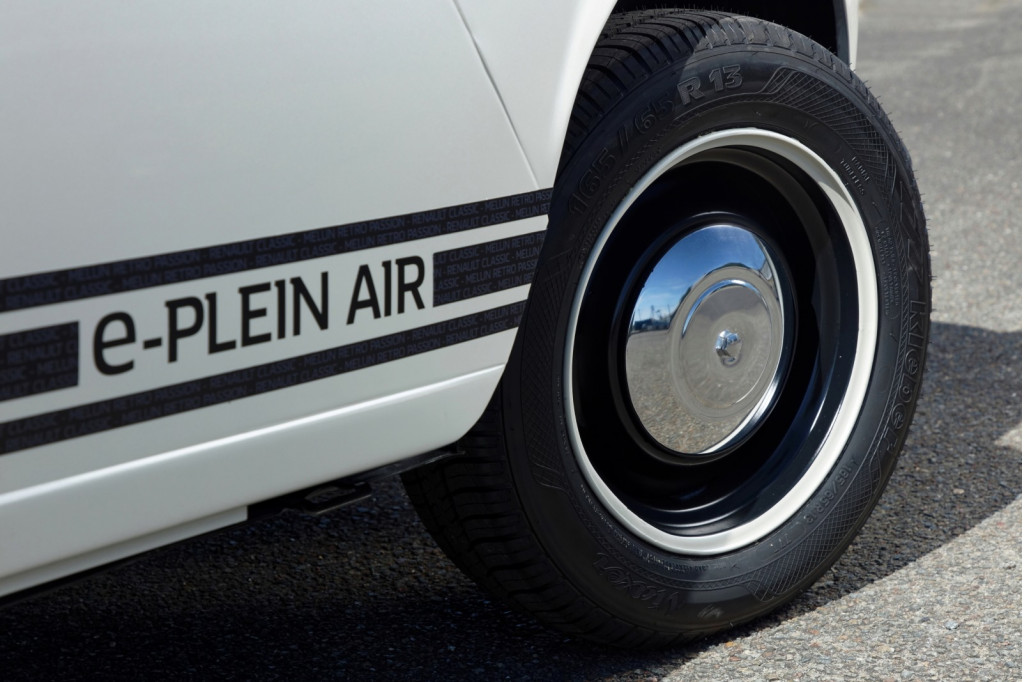 Given that the tiny Twizy's powertrain motivates the cutesy concept, we imagine the power and range all stay about the same. The Twizy has a 6.1-kwh battery pack that provides 62 miles of range. The electric motor makes just 20 horsepower, but there's no need to go too fast. The E-Plain Air is just about enjoying the ride.

While Renault made no mention of producing a production version, perhaps some retro flare will be on display for future electric cars from the brand.