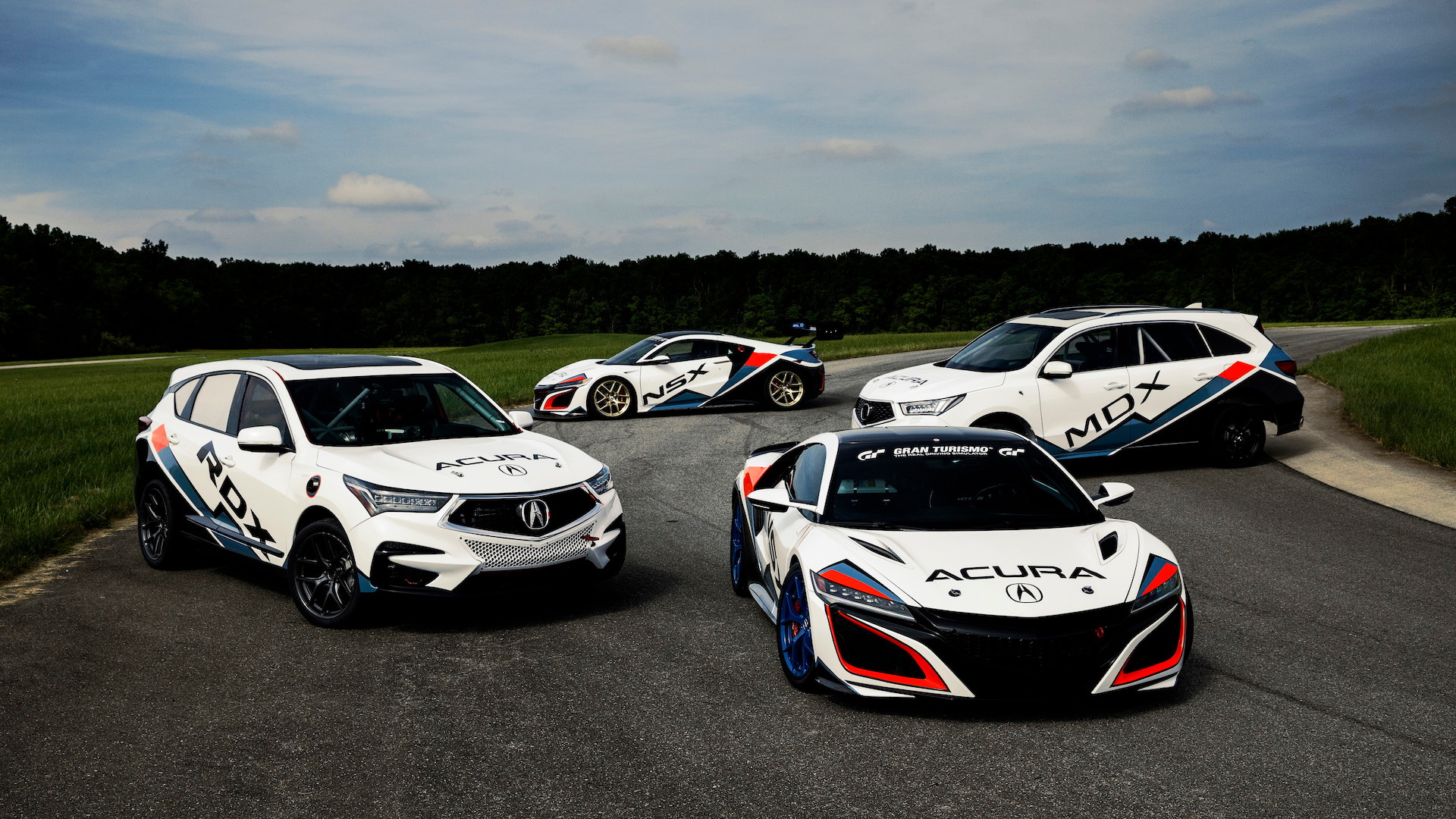 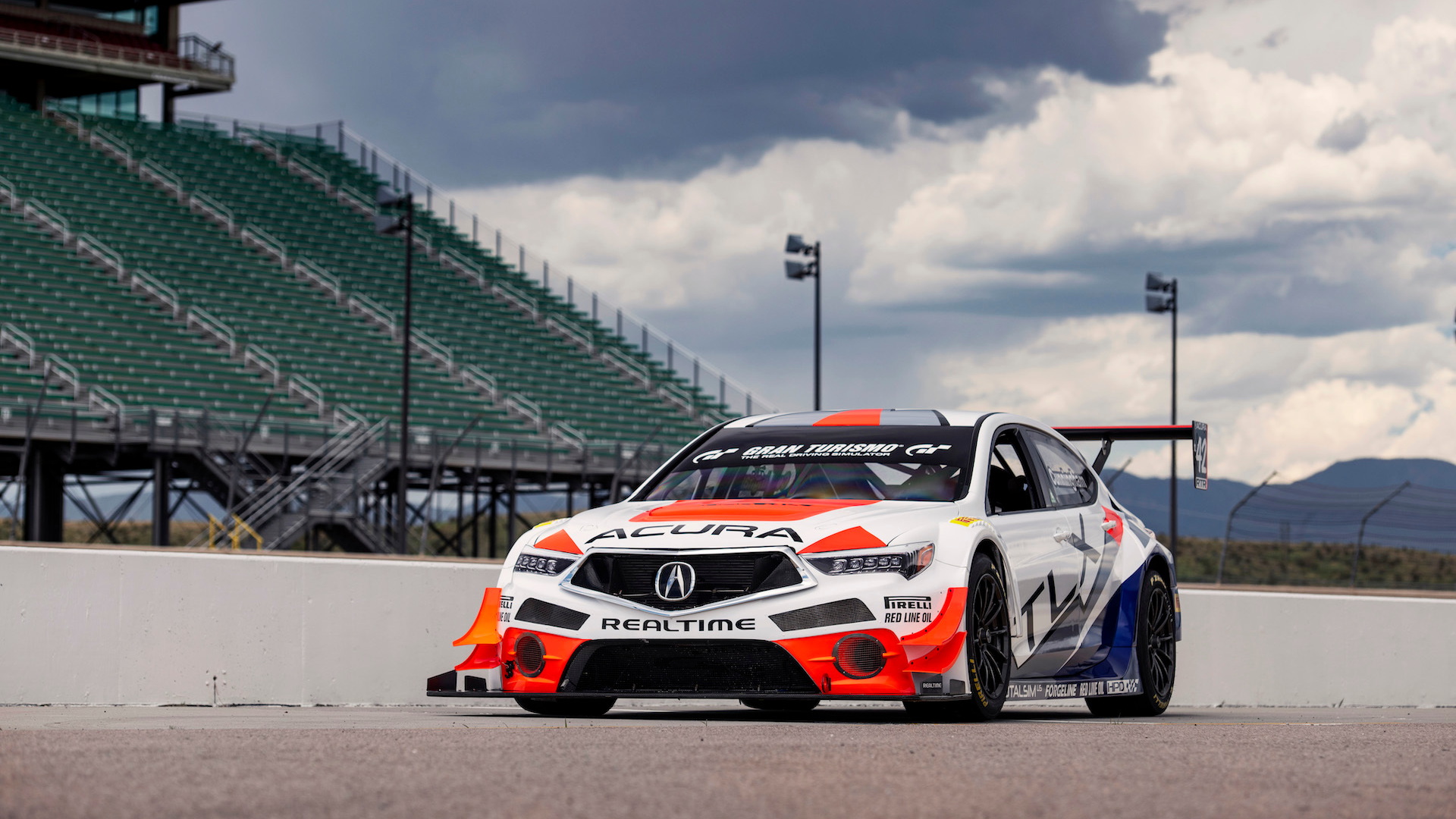 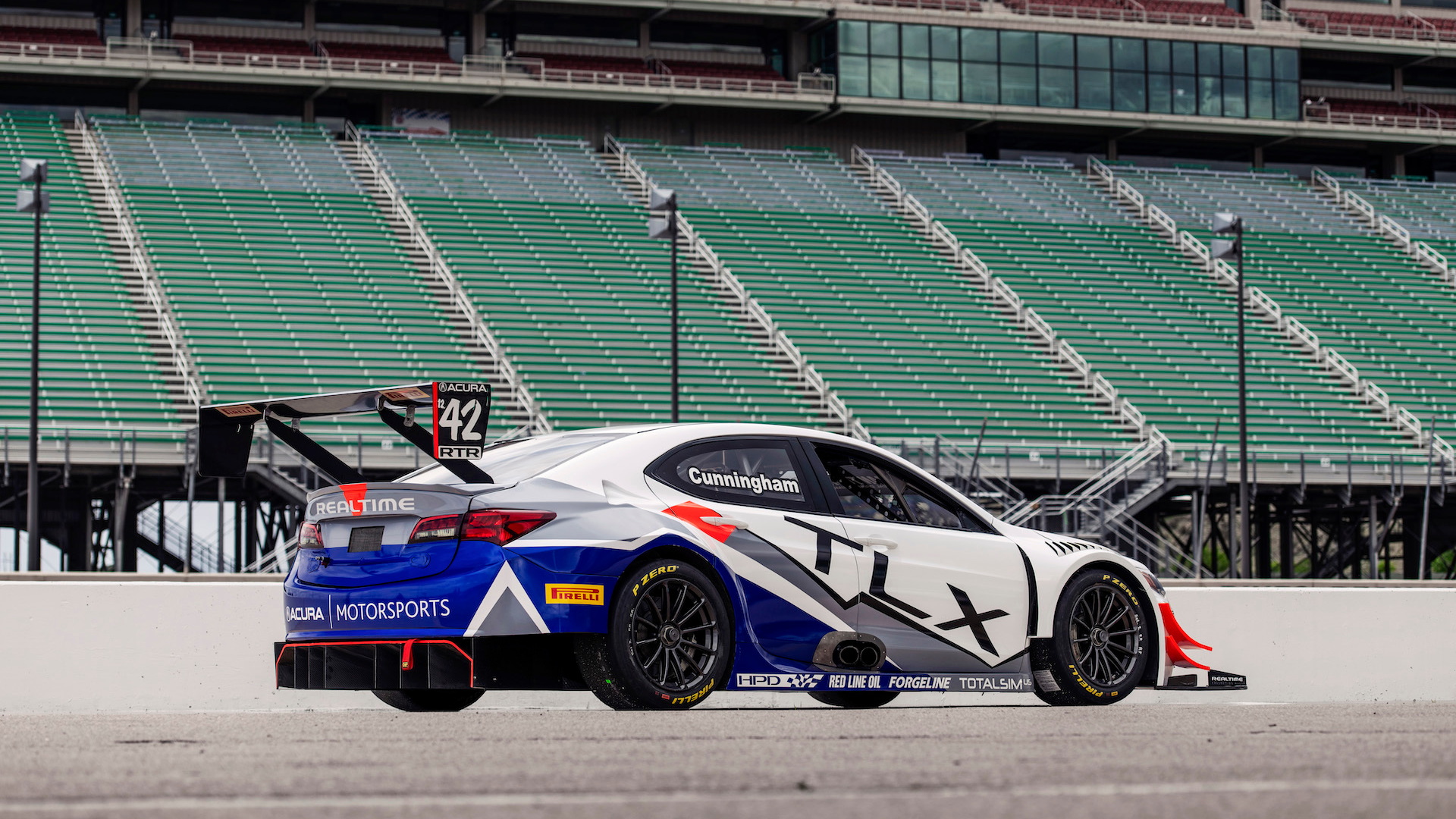 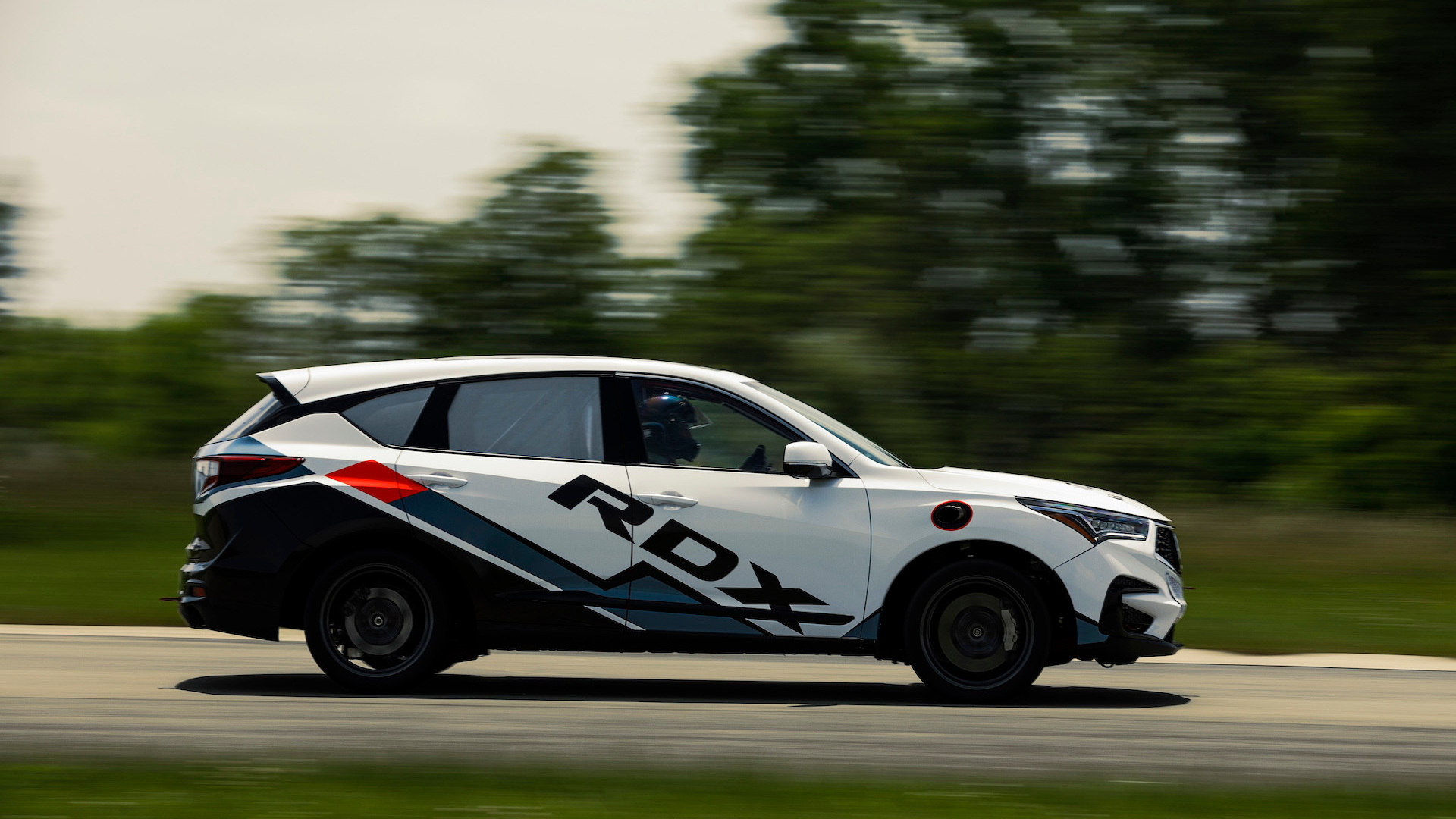 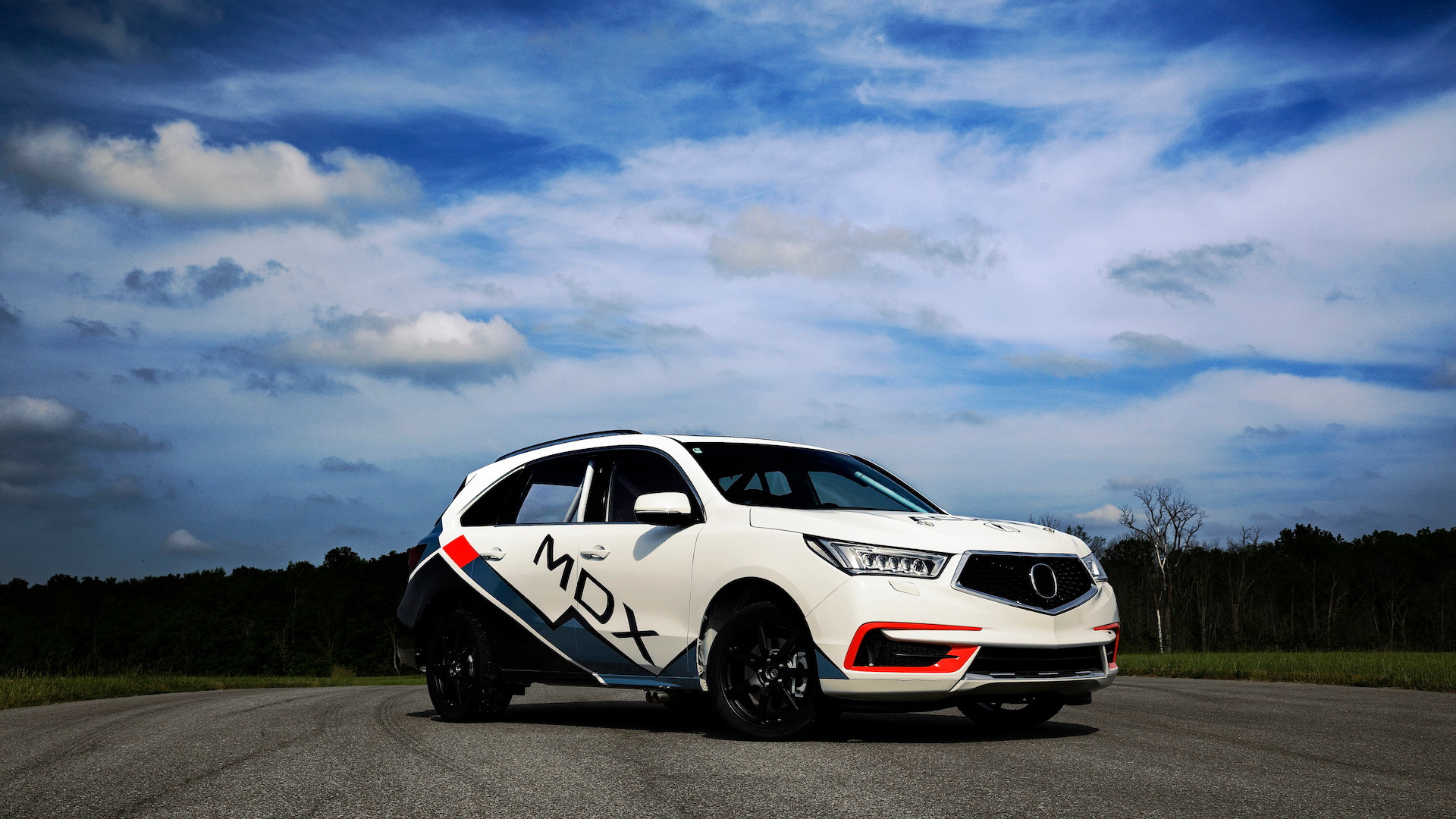 Acura plans to return to the Pikes Peak International Hill Climb this year, and it's bringing some serious firepower.

The brand detailed each of its five entries in the hill climb event on Wednesday, and they include the returning RealTime Racing Acura TLX GT, a new MDX Sport Hybrid, an RDX A-Spec, a Time Attack NSX, and a stock NSX to tackle the race. All but the Time Attack NSX are production-based cars, and each of them will have an Acura engineer behind the wheel. Specifically, the brand said it uses Pikes Peak as a place to test future performance systems, which the MDX, NSX, and RDX each highlight.

The MDX Sport Hybrid is the newest of the bunch and boasts a larger displacement version of the stock 3.5-liter V-6, which was bored out to 3.7 liters. The engine pairs with Acura's three-motor hybrid system and a 7-speed dual-clutch automatic transmission. Total output is 400 horsepower and 350 pound-feet of torque. Acura also tuned the SH-AWD system and the adaptive dampers for the race, removed much of the interior to save weight, and added a roll cage. The MDX Sport Hybrid will compete in the Exhibition class.

The RDX A-Spec, which debuted last year, retains its production-derived 2.0-liter turbo-4 and 10-speed automatic. To augment power, and help with losses at such high altitudes, Acura engineers swapped in a larger turbocharger, installed a short-path intercooler, and added an electric supercharger powered by a 48-volt mild-hybrid system. These changes ramp up the output to 350 hp and 330 lb-ft of torque. Further, engineers tweaked the brand's Super Handling AWD system for a rear-wheel-drive bias while still allowing up to 100 percent of rear-wheel torque to go to the outside rear wheel. Other additions include Brembo front calipers and pads, 19-inch HRE forged wheels, and a roll cage. The RDX will once again tackle the Exhibition class where it placed third last year.

Acura's Time Attack NSX, which secured a hybrid production car record last year in the Time Attack 1 class, returns with larger turbochargers to make up for any lost power at high altitudes. While the stock NSX produces 573 hp, the larger turbos push the power output to 625 hp. The race-prepped NSX is also 200 pounds lighter than the stock NSX and includes a large rear wing and front splitter to improve downforce.

Also returning is the RealTime Racing Acura TLX GT all-wheel drive race car. Last year, the car placed first in the Open Class and secured a third-place finish overall. Under the hood is a twin-turbo V-6 used in past Pirelli World Championship race cars, with turbos specifically tuned to fight decreased oxygen levels. The suspension is also specific to handle the corners Pikes Peak houses. A new rear diffusor is in place for the 2019 car that will increase downforce, per Acura.

Finally, a stock Acura NSX will tackle the hill climb event. The brand said it has only modified the car to include necessary safety gear such as a roll cage, a racing harness, and a fire-suppression system. The brand will run the car in the Time Attack 1 class, just like its race-prepped cousin.

Look for the five Acuras to make their way up the hill on June 30.