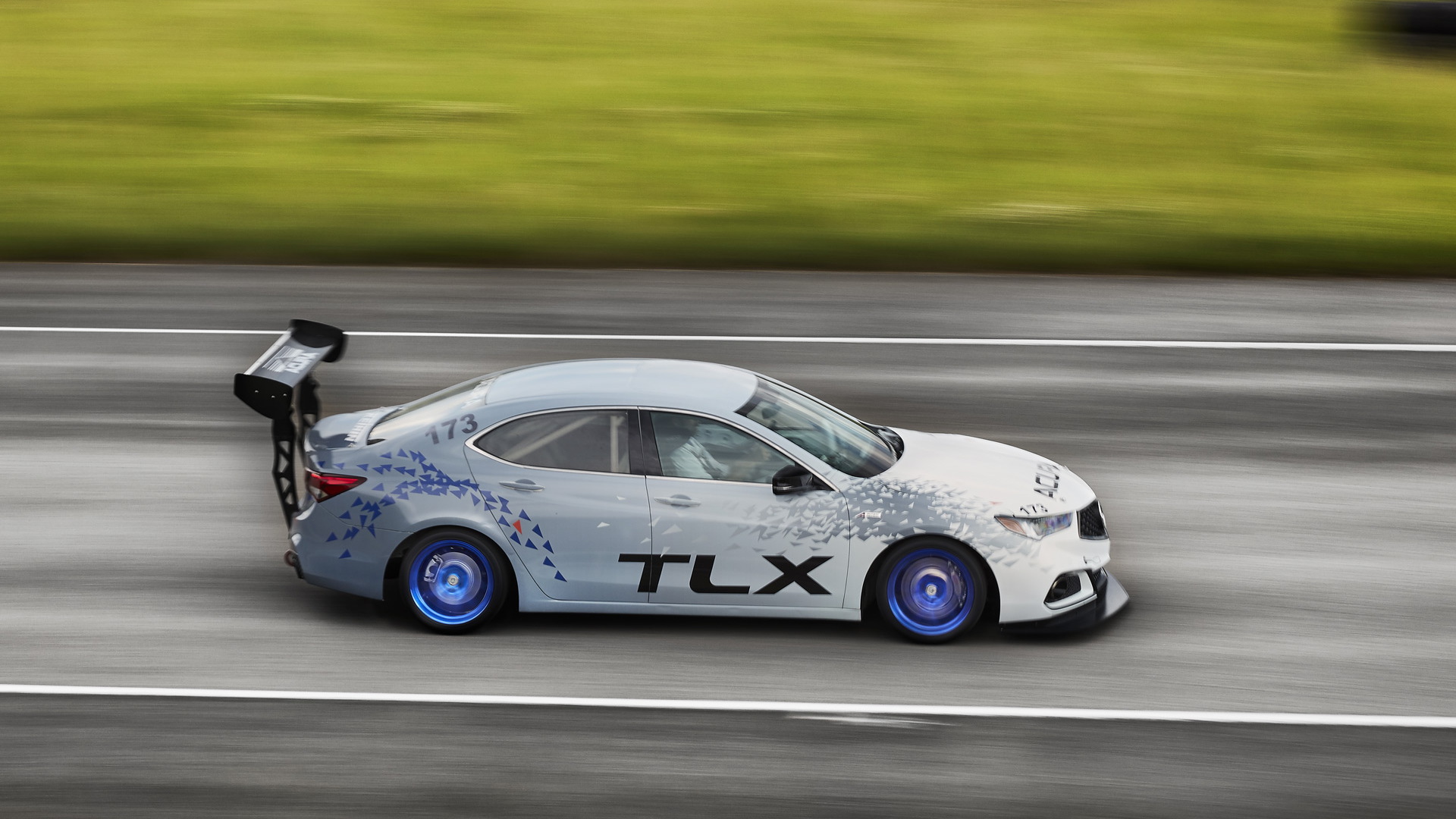 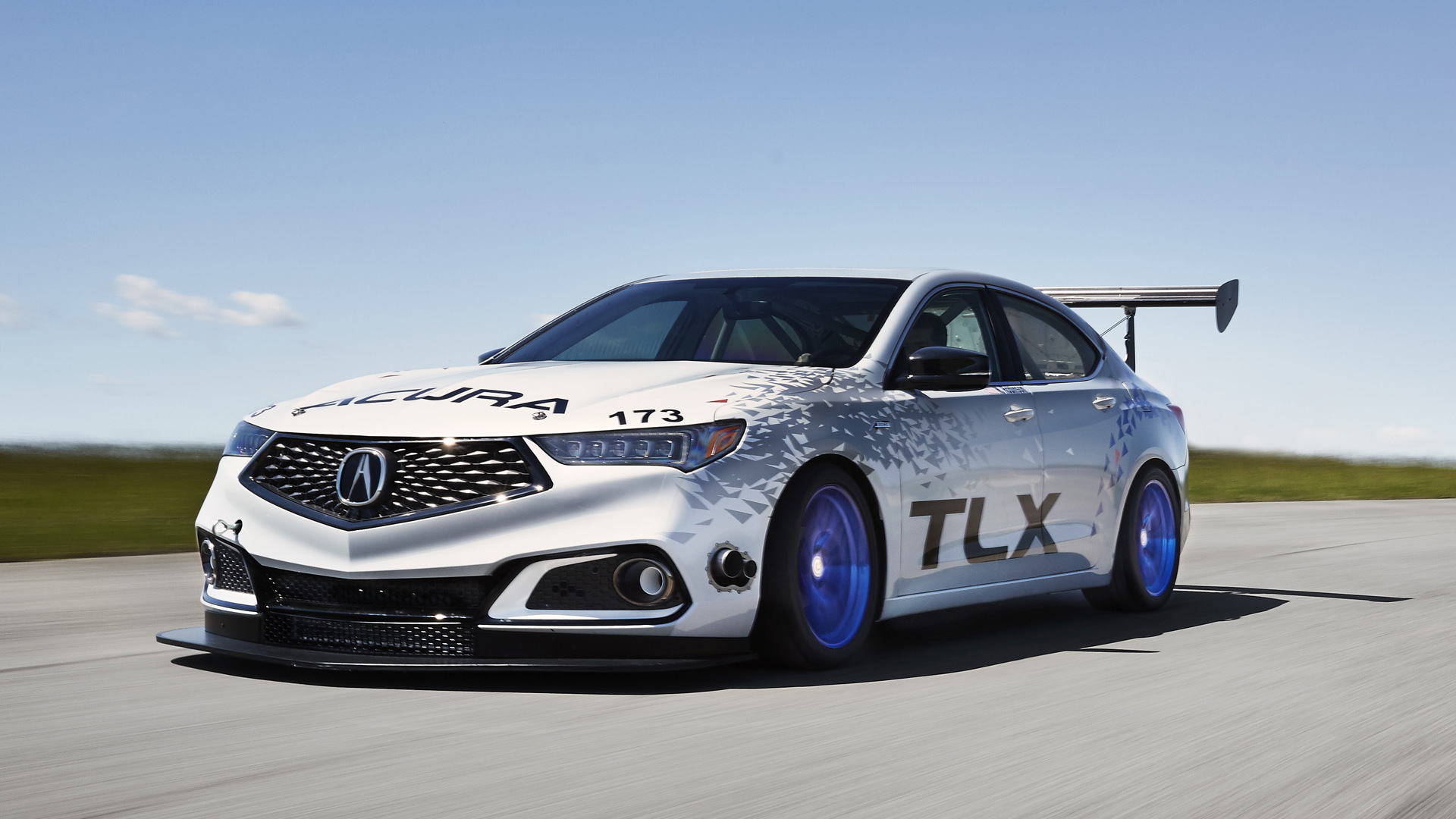 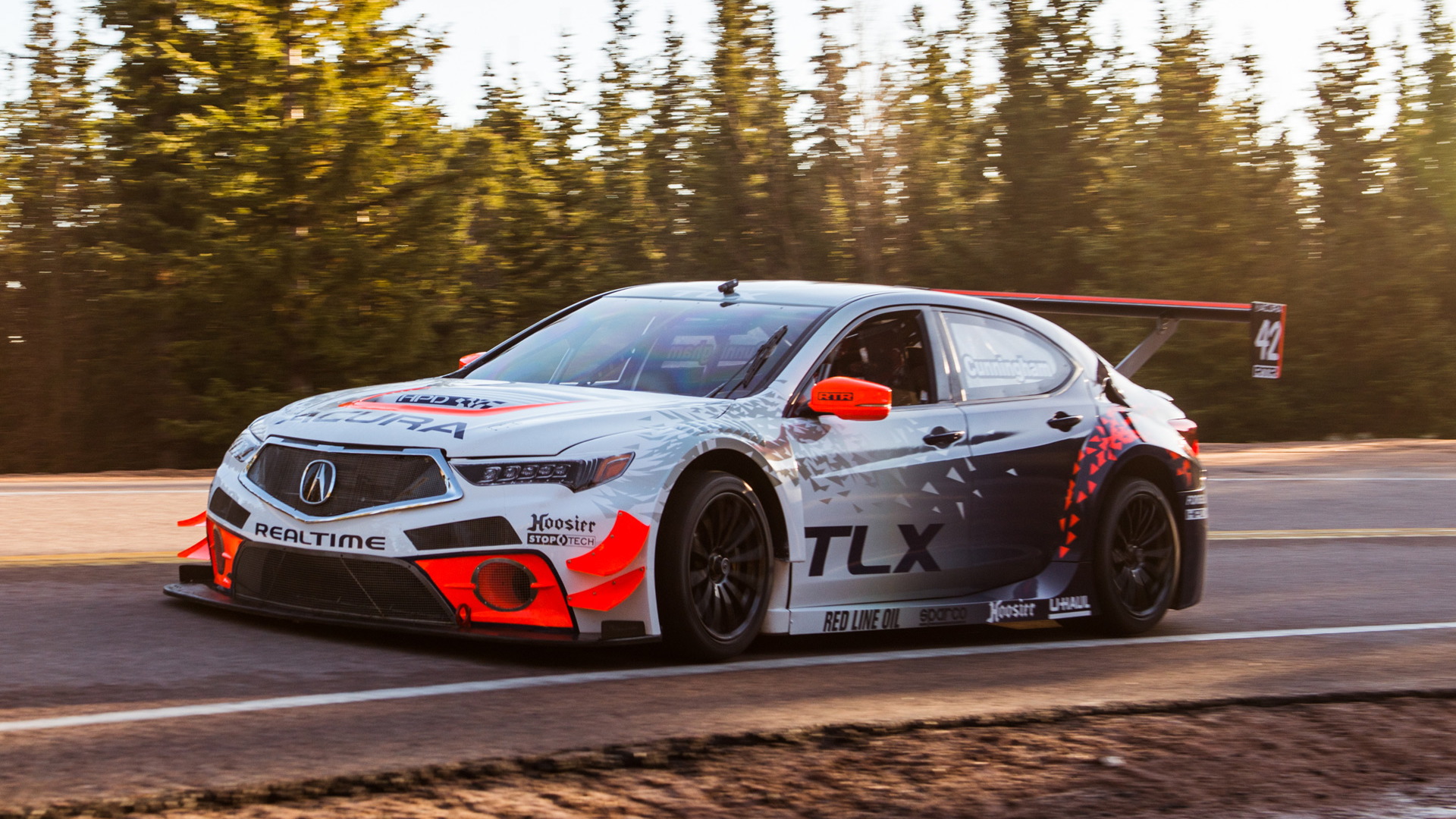 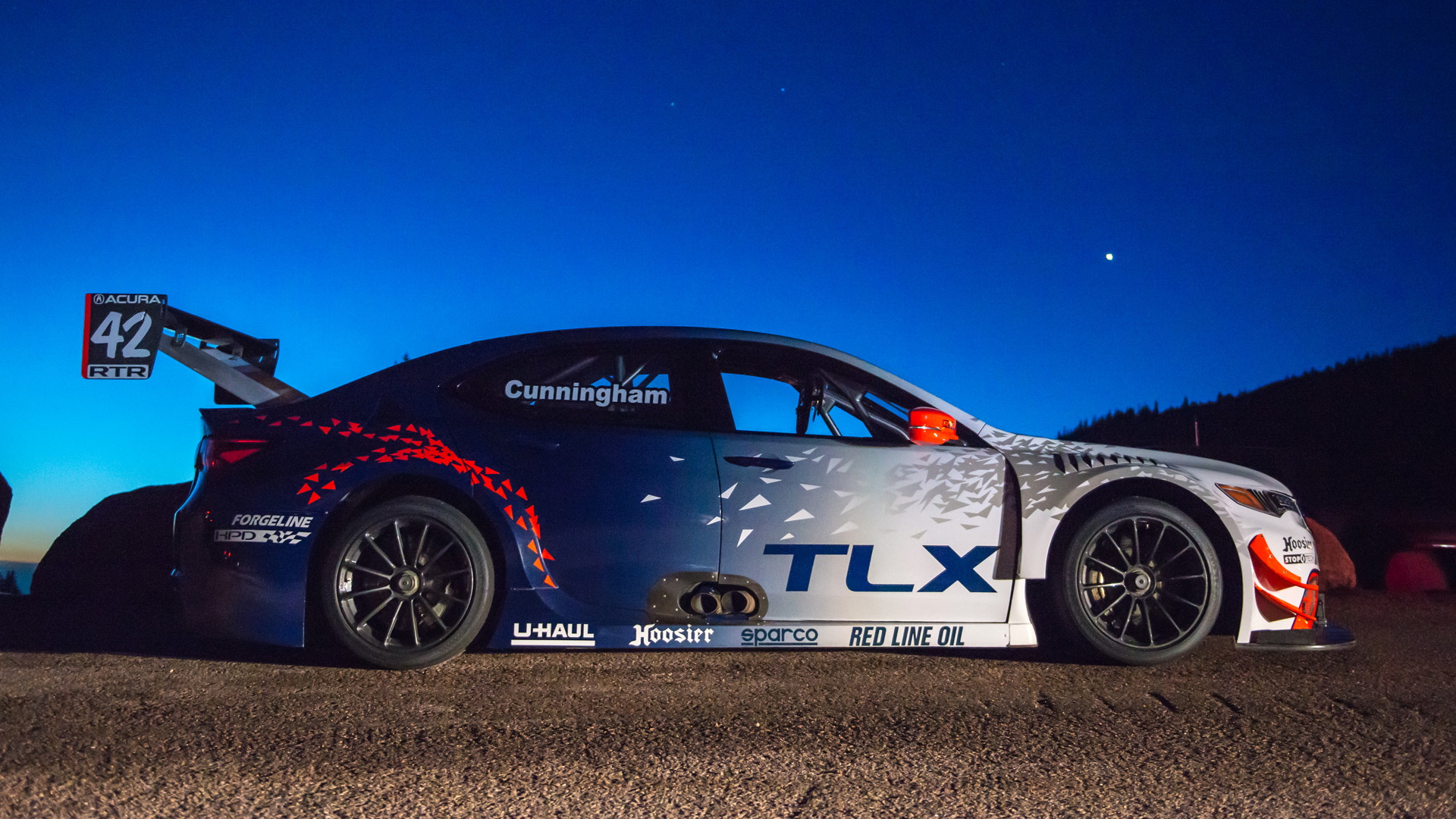 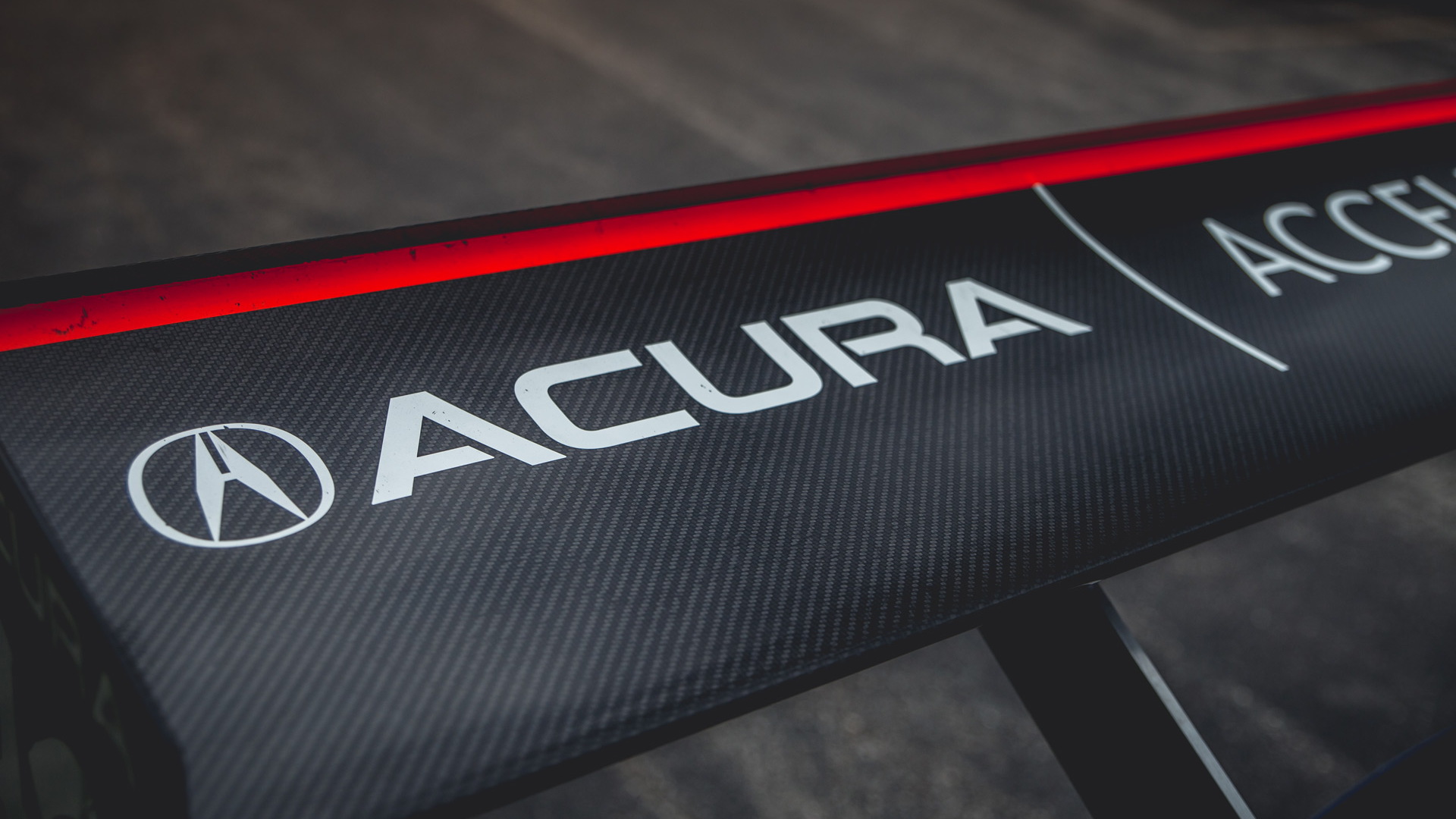 Following an impressive performance last year with a near-stock NSX and an all-electric version, Acura is returning to the Pikes Peak International Hill Climb, and this time it’s bringing not only the NSX but also its latest baby, the TLX A-Spec.

But rather than run a stock TLX up the mountain, Acura decided to have a little fun and has dropped a 500-horsepower engine into the normally staid sedan. Acura will also enter its latest TLX GT race car, designed for the Pirelli World Challenge, in the event.

The 500-hp TLX is based on the 2018 TLX A-Spec. It will be entered into Pikes Peak’s Exhibition Class with Honda R&D engineer Nick Robinson, who took a Time Attack 2 Production class win last year with an NSX, hopping behind the wheel.

The power comes from a 3.5-liter twin-turbocharged V-6 and is routed to the front wheels via a 9-speed automatic transmission and limited-slip differential. Optimized specifically for this hill climb course, custom engine software and tuning was done in-house by a team of North American Honda R&D engineers. Much of the major engine hardware was pulled from the TLX GT race car program, including rods, pistons, camshafts and valvetrain.

In the dedicated TLX GT race car will be Acura racing driver Peter Cunningham, competing in the Open class. This will be his debut at Pikes Peak. The race car he'll be driving also features a twin-turbo V-6 though drive is now routed to all four wheels. It, too, has some modifications to cope with Pikes Peak, specifically the thin air close to the 14,115-foot summit. The modifications include new engine mapping, revised suspension and a more aggressive aero package.

Finally, the NSX Acura is planning for Pikes Peak this year is inspired by the NSX GT3 race car competing in the United SportsCar Championship. It will be entered in the Time Attack 1 class, building on last year’s Time Attack 2 Production class victory. Doing the driving will be Honda R&D engineer James Robinson.

A veteran of Pikes Peak, James has competed since 2011, driving a first-generation NSX in the Pikes Peak Hill Climb from 2012 to 2015 and winning the Exhibition class in 2011. Taking learnings from last year's run, as well as adopting ideas from the NSX GT3 race car, the NSX has been lightened and aerodynamic elements have been added, including a bigger wing and front splitter. The car’s hybrid powertrain has also been tweaked, and its wheels will be a race-spec set.

This is the sixth consecutive year that Acura is competing in Pikes Peak. The event runs June 25.