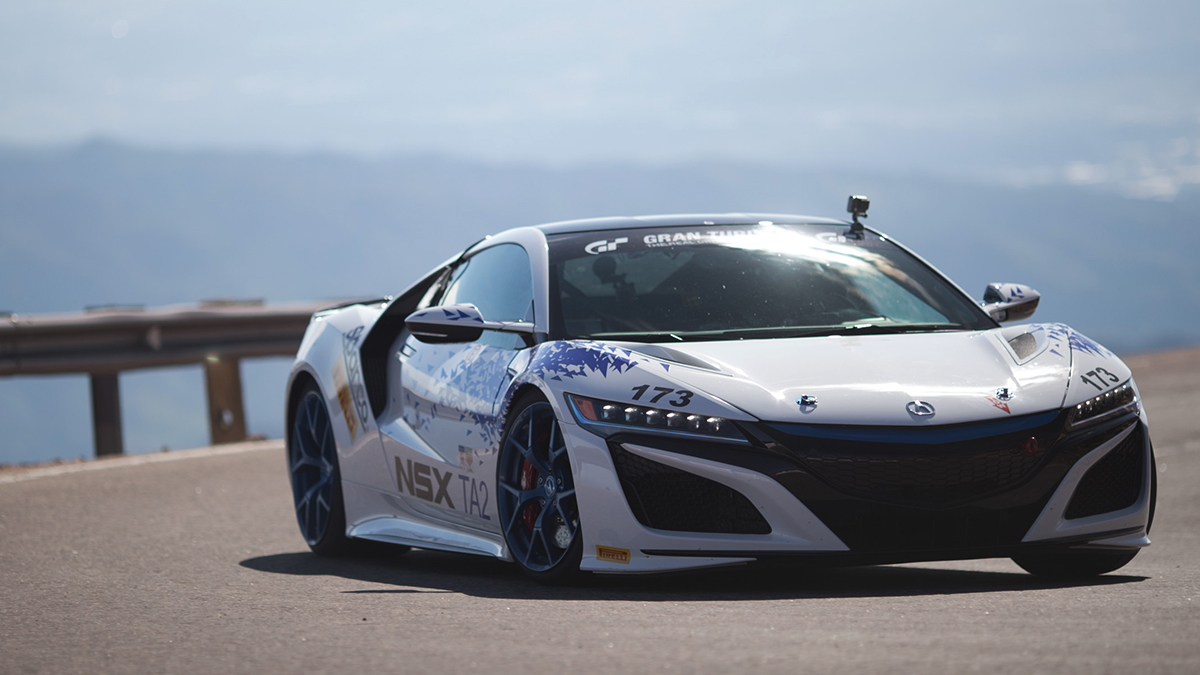 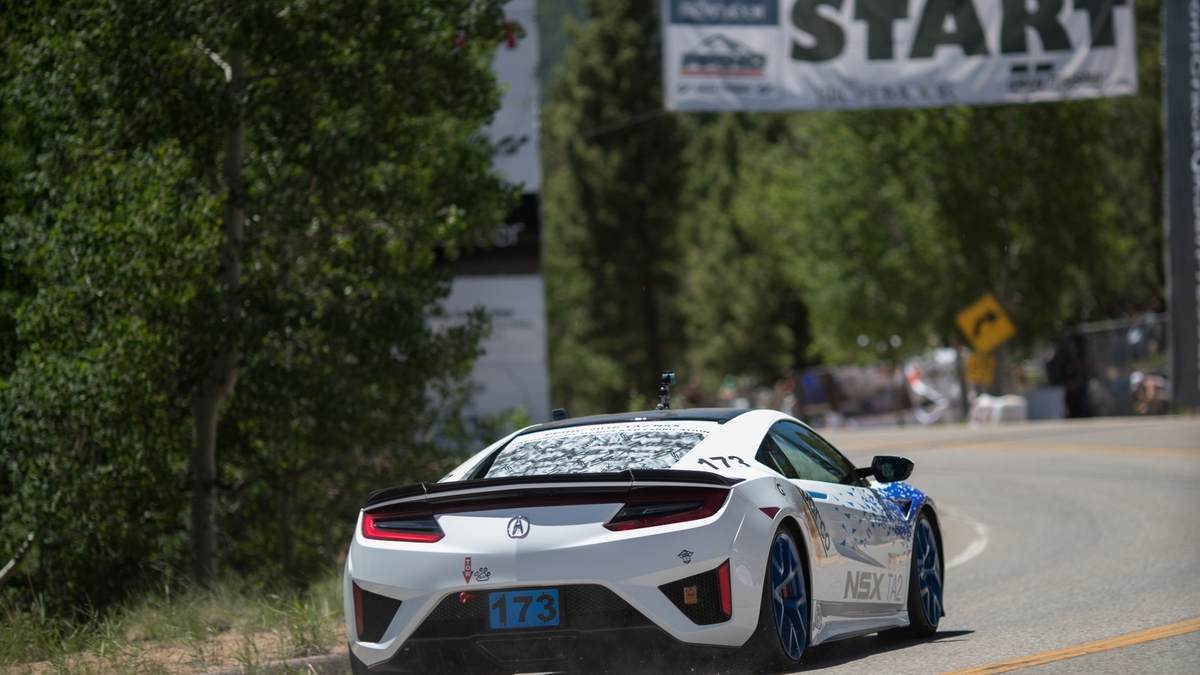 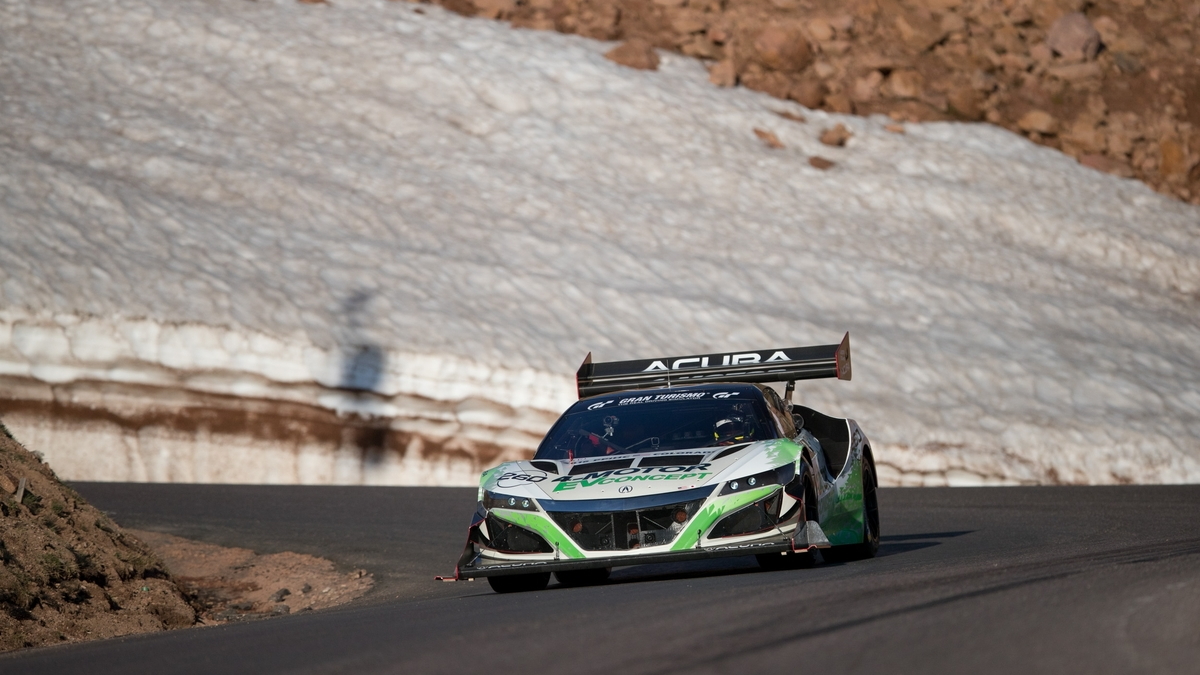 With a margin of more than 11 seconds over of its nearest competitor, Acura's new NSX has taken home victory in its class at the grueling Pikes Peak International Hill Climb in Colorado.

The NSX won the Time Attack 2 division, which consists of cars that are only lightly modified from showroom stock for racing duty. Nick Robinson, a member of Honda's North American research and development team, piloted the NSX up one of the highest paved roads in America to the summit in 10:28.820.

An experimental car Acura says was inspired by the NSX's high-performance hybrid powertrain finished third overall and second in the Electric Modified class. That vehicle was piloted by Tetsuya Yamano and finished the hill climb in just 9:06.015.

The overall winner was Romain Dumas, who drove a Norma M20 RD in the Unlimited Class, while an electric prototype driven by Rhys Millen took second place.

This year's hill climb was the 100th running of the event, which has become ever more challenging thanks in part to the now fully-paved surface. Racers now go up the course much faster, which allows for a smaller margin of error as they approach blind corners rarely lined by guard rails.