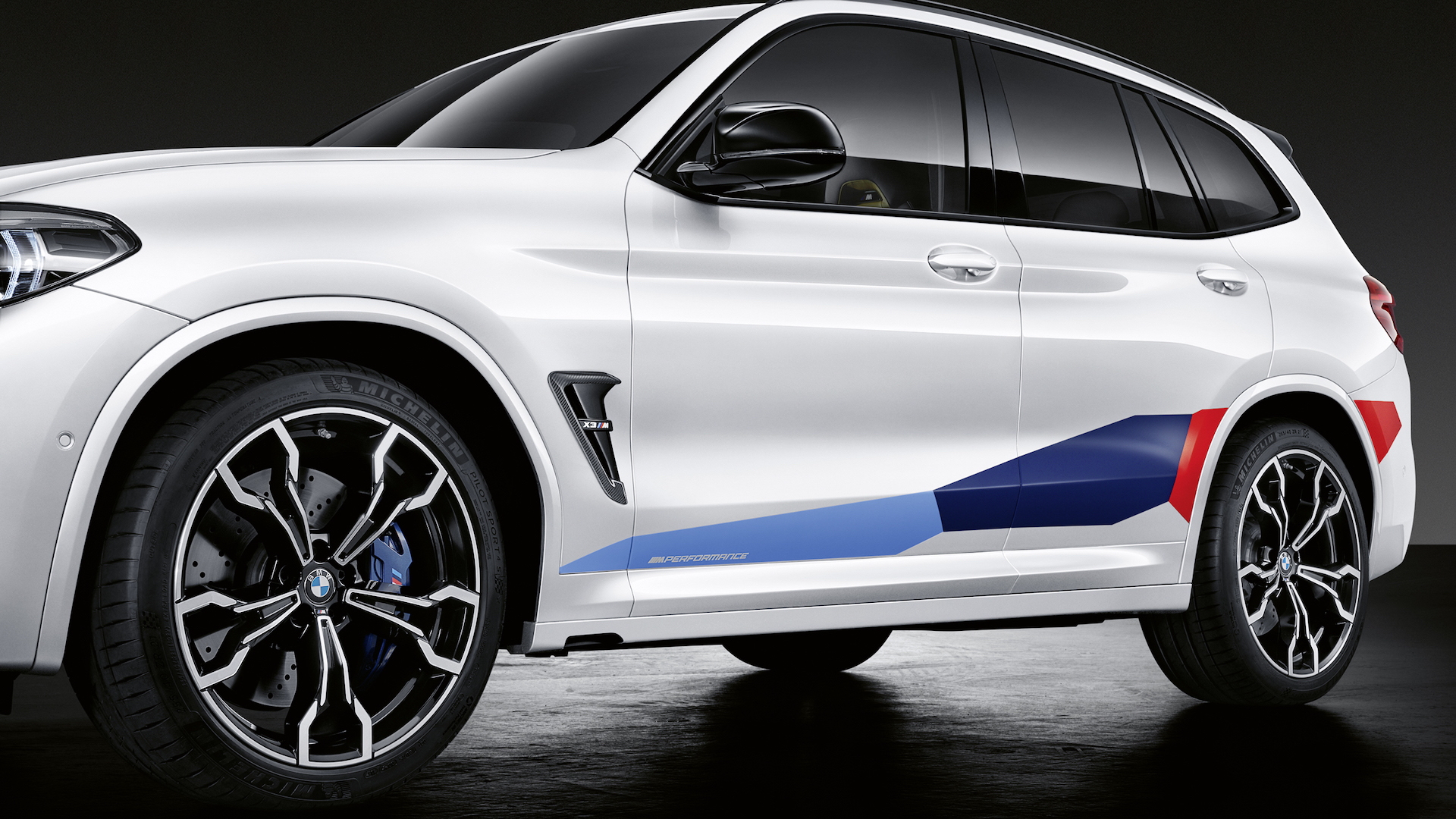 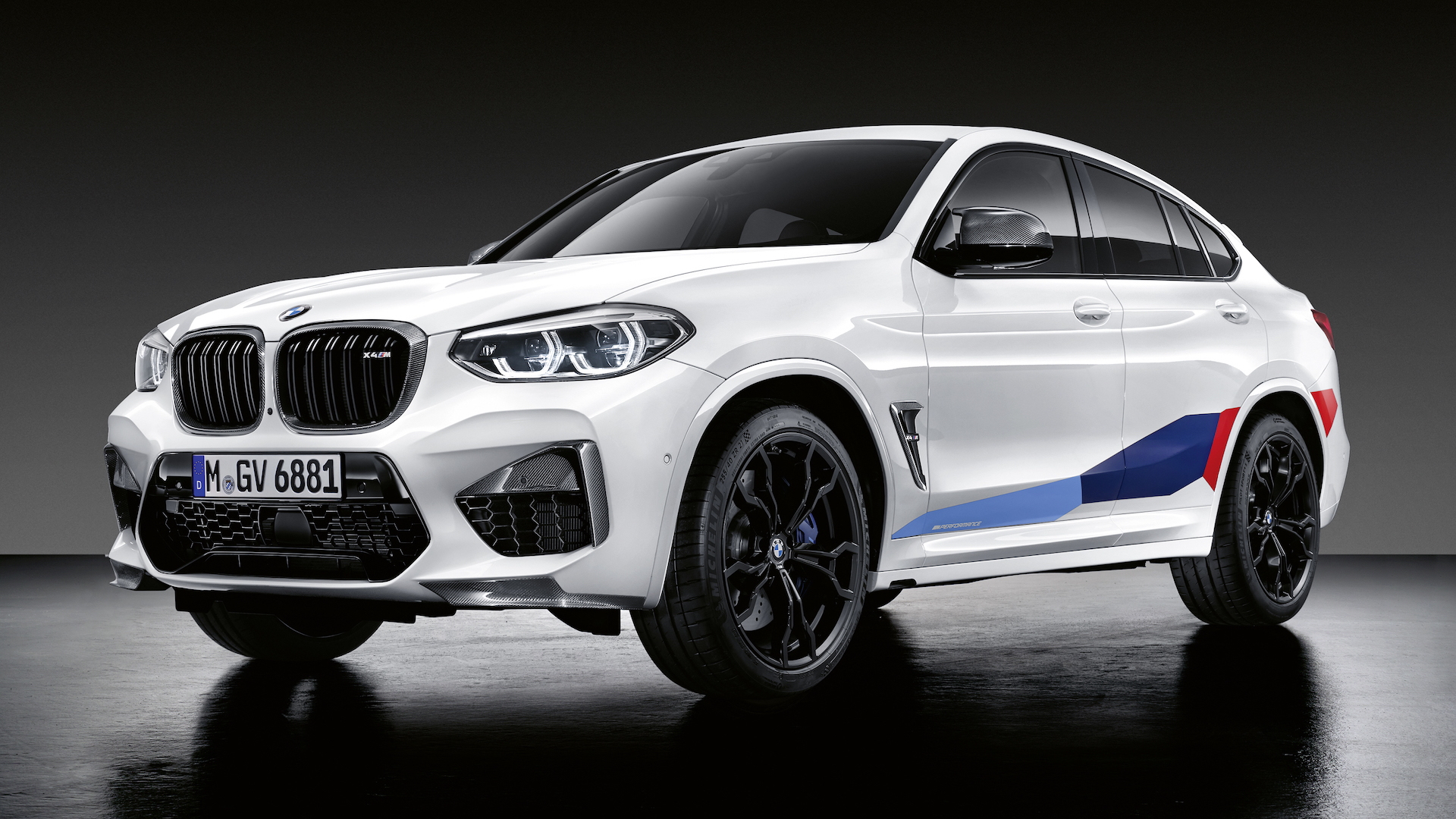 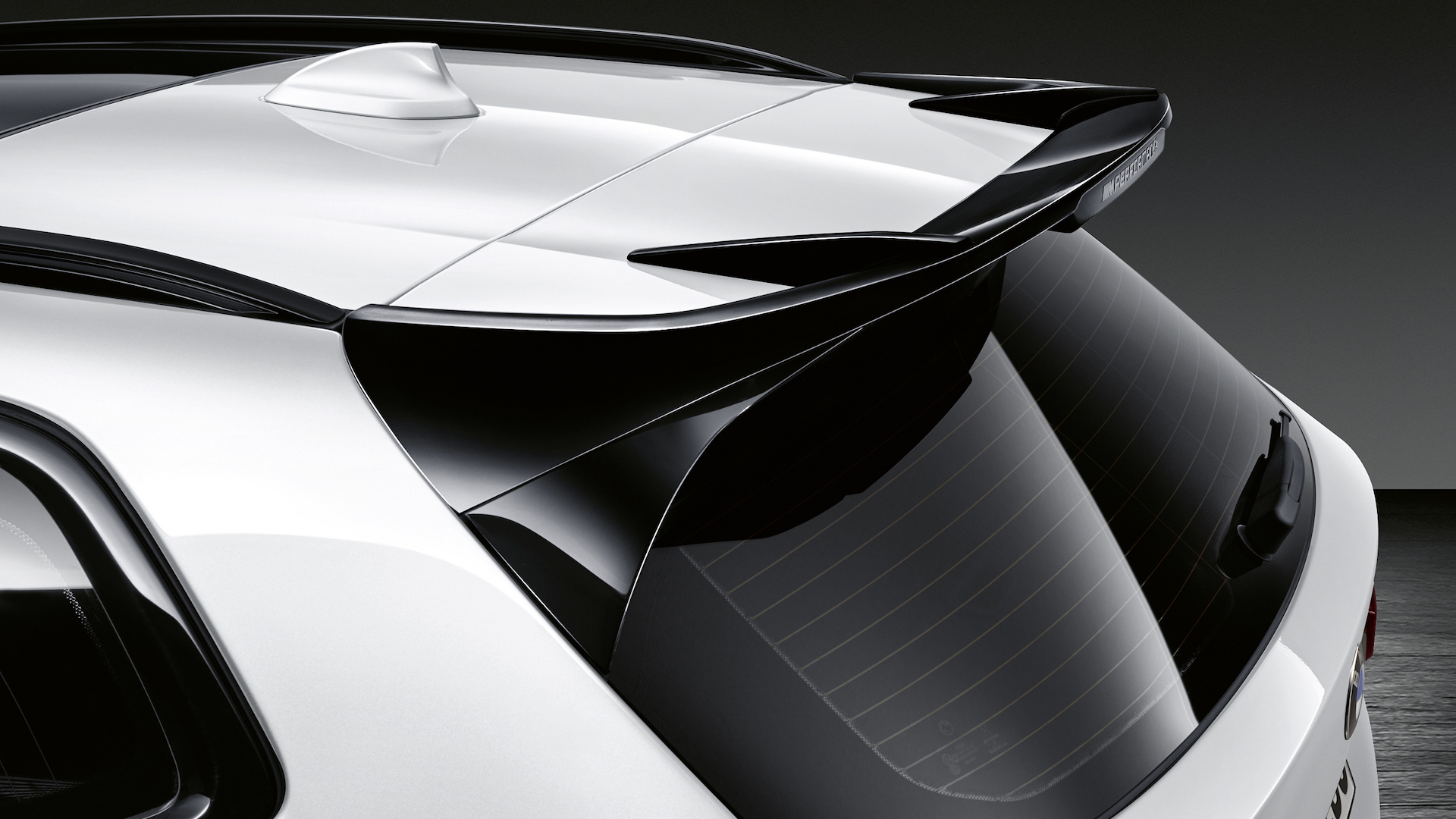 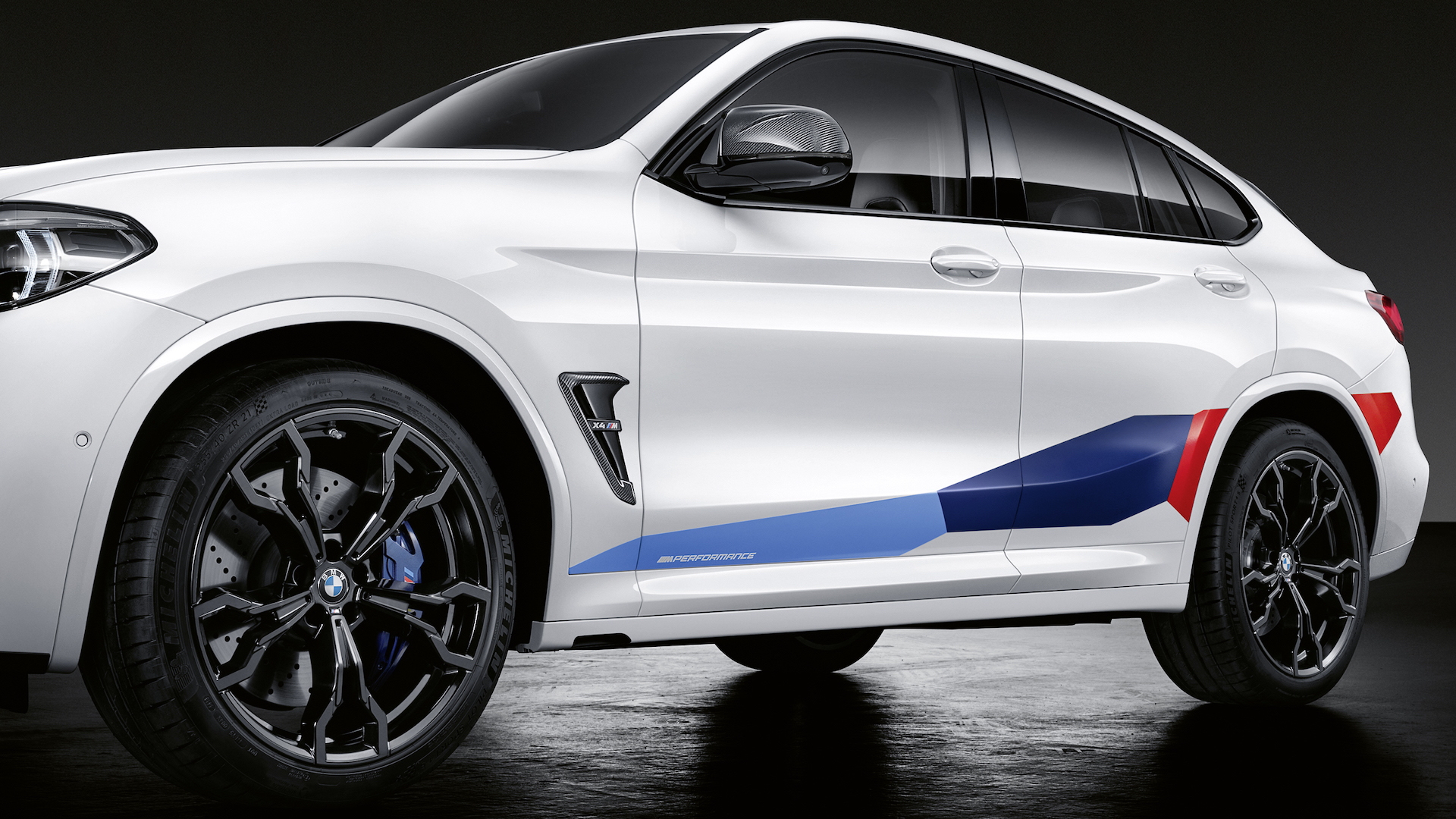 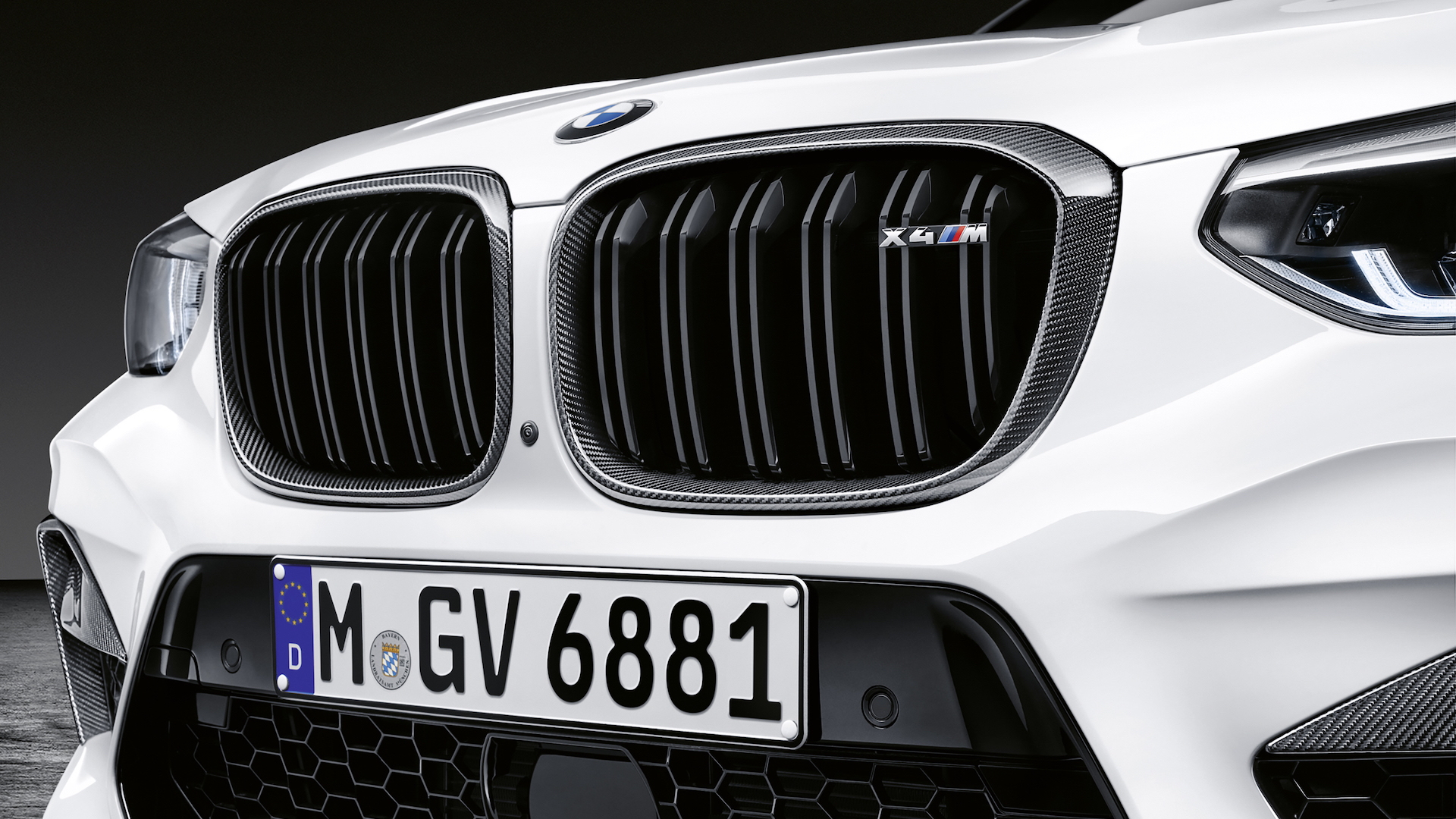 The 2020 BMW X3 M and X4 M models debuted in February, and on Monday BMW showed off a bushel of M Performance parts for the high-performance crossovers.

For buyers looking to jazz up the already jazzed up exteriors, the M Performance parts include radiator grilles, front fender air vents, and premium door sill covers all made from carbon fiber and complete with the appropriate X3 M or X4 M logos. A roof-edge spoiler painted gloss black is offered for the X3 M, while the X4 M gets exclusive rear fins in gloss black.

Buyers can also opt for "M Performance" lettering on the front, side, and rear in the brand's blue, deep blue, and red graphics.

Inside, the major addition is an M Performance Pro steering wheel. It has an Alcantara and leather rim with carbon-fiber trim on its spokes. The shift paddles are also made of carbon fiber, and the wheel features the "M" logo at the 6 o'clock position. Those who are OK with the standard M Sport steering wheel can opt for the fancy carbon-fiber paddle shifters separately.

The catalog extends further to a carbon-fiber gear selector and velvet velour floor mats with embroidered M Performance inscriptions. If all of these aren't enough, the M division has also cooked up a carbon-fiber and Alcantara key case, as well as wheel bags to transport an extra set of alloy wheels.

Production of both sporty SUVs started in April and they should be reaching dealers shortly. Look for our review soon.