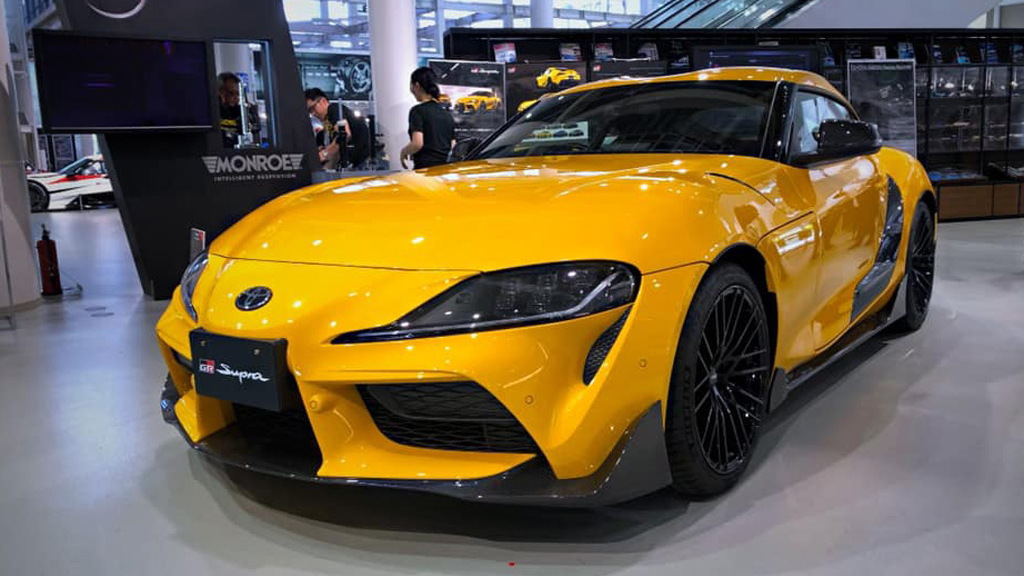 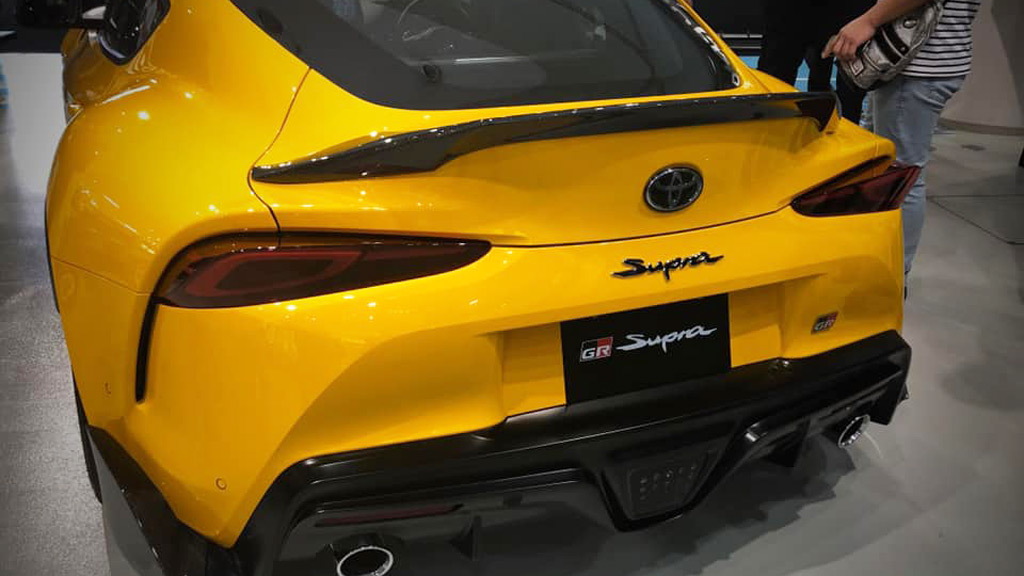 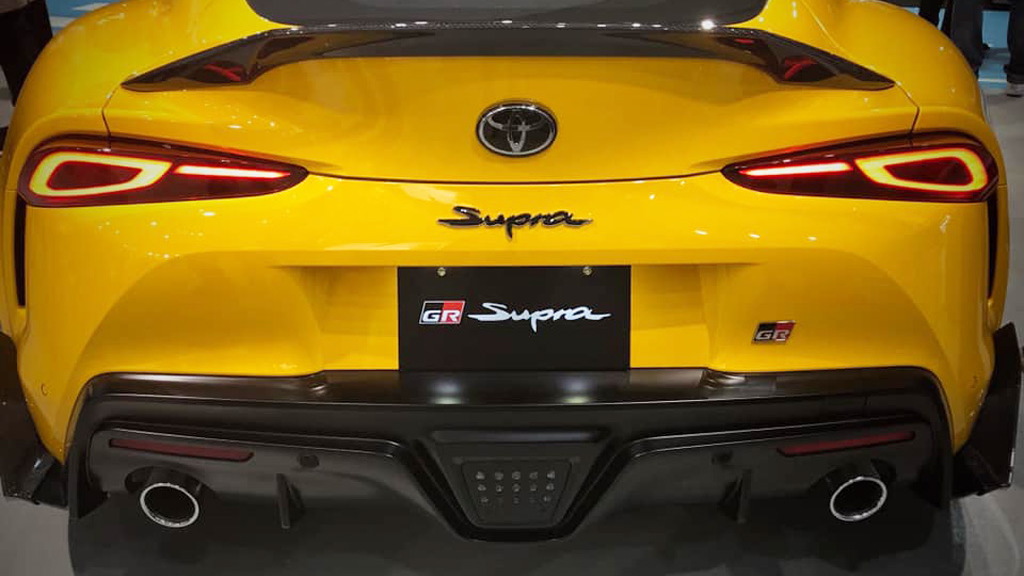 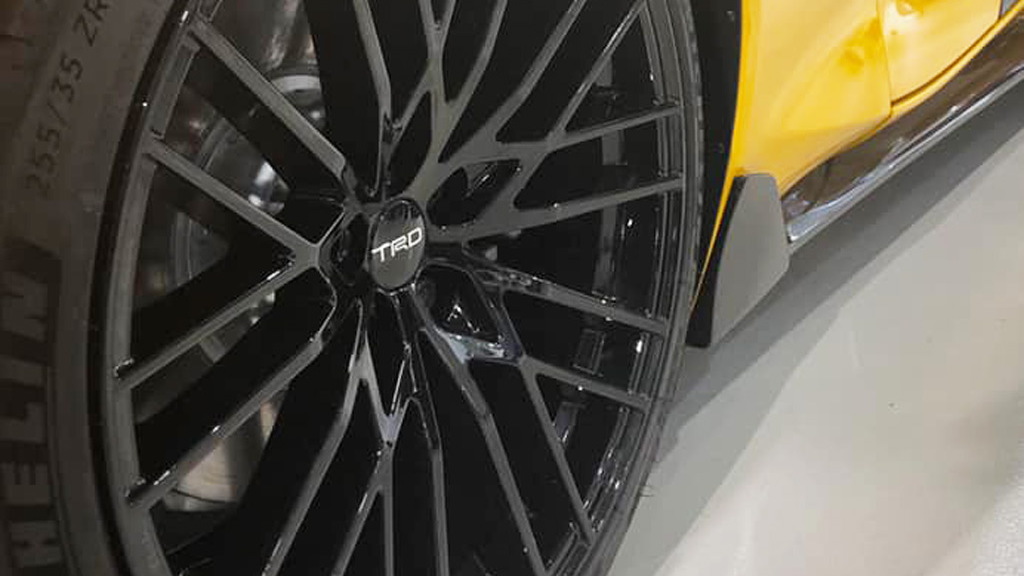 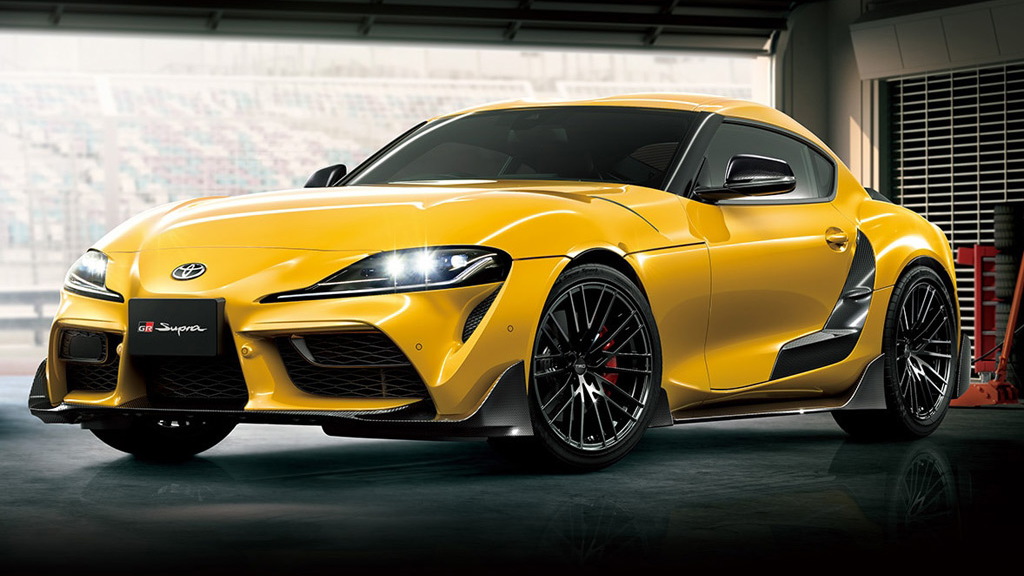 Let's not kid ourselves, the Toyota Supra is one of many poster children for aftermarket modifications. Toyota is very much aware of the car's status among the enthusiast crowd, which is why it already has an assortment of aftermarket parts to launch alongside the reborn 2020 Supra.

The first bevy comes from TRD and consists of a number of carbon fiber-reinforced plastic aerodynamic parts, plus a set of forged aluminum wheels.

At the front, a 3-piece spoiler features large fins on each end. Toyota said the fins increase downforce at high speeds to reduce lift. Moving to the side, new rocker panels help channel air around the car and lower the center of gravity, while a matching piece of carbon fiber can be added to the door. Rear stability increases thanks to spats that are connected to the diffuser. They help guide air around the car optimally, and the new rear wing helps keep the Supra flat on its feet while driving.

The new wheels are 1-piece units, measuring 19x9-inches up front and 19x10 inches at the rear. The recommended tire sizes are 255/35 front and 275/35 rear. Since the wheels are lighter than the standard units, they help to reduce unsprung mass of the vehicle. They also look cool with their mesh pattern.

The parts have been launched in Japan where they are marketed under Toyota's new GR performance sub-brand. They should stick with TRD branding in the United States, though timing for our market hasn't been announced.

The 2020 Supra hits the local market this summer priced from $49,990. That price nets you a 3.0-liter turbocharged inline-6 with 335 horsepower and an 8-speed automatic transmission, a combination good for 0-60 mph acceleration in 4.1 seconds and a governed top speed of 155 mph. A version with a 2.0-liter turbocharged inline-4 is expected to join the fold eventually, so the price of the new Supra could be bumped lower at some future date.