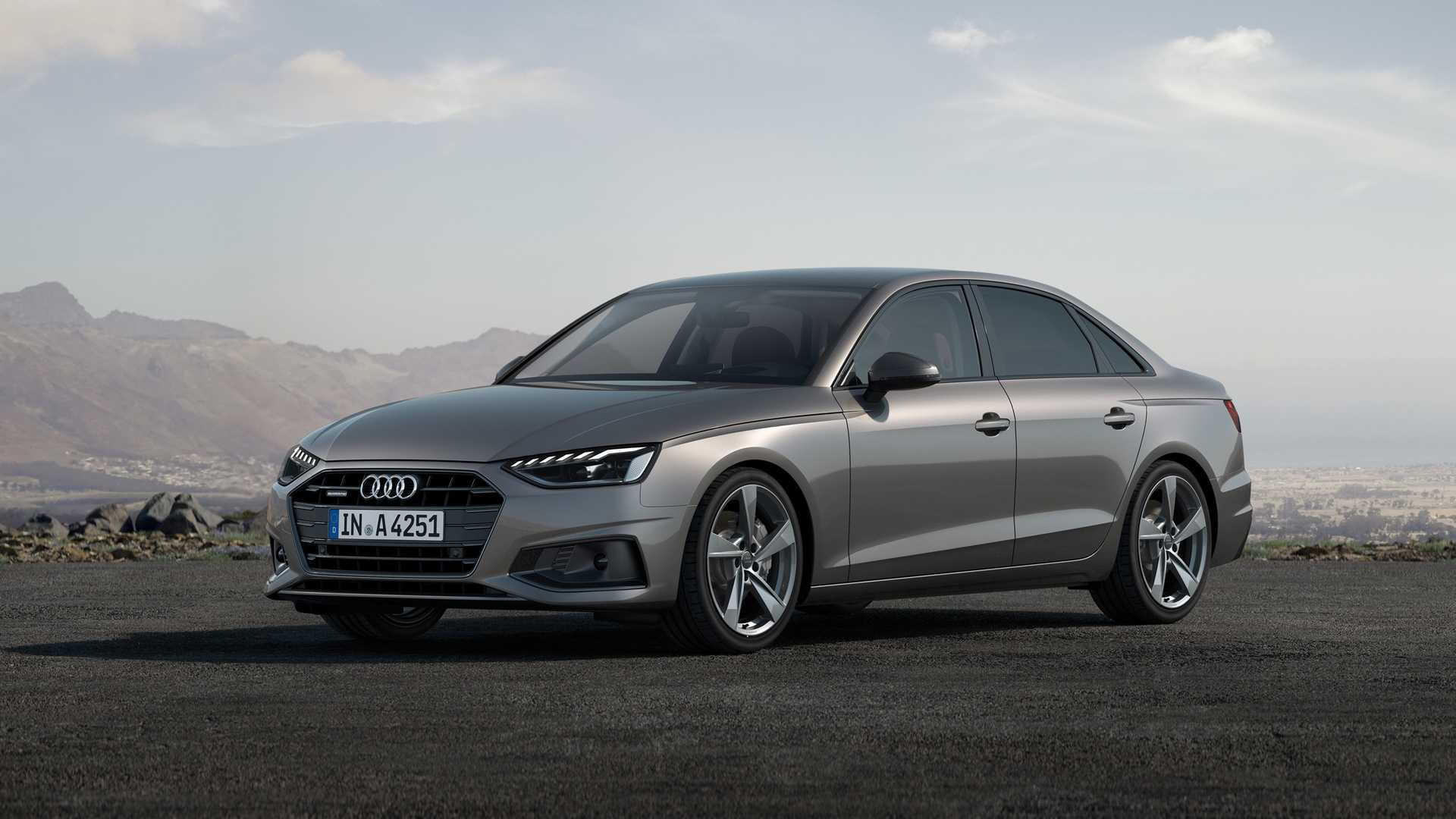 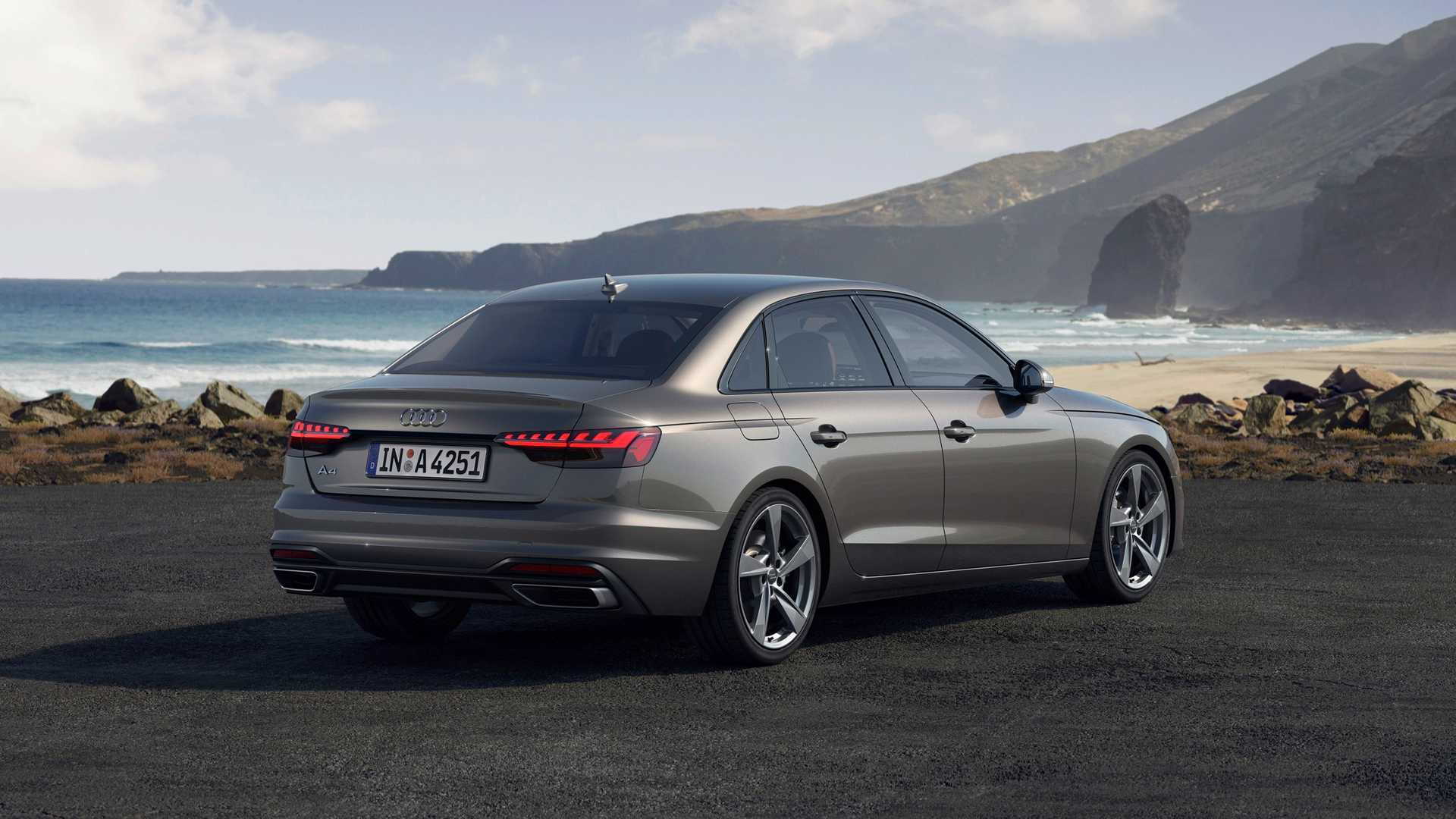 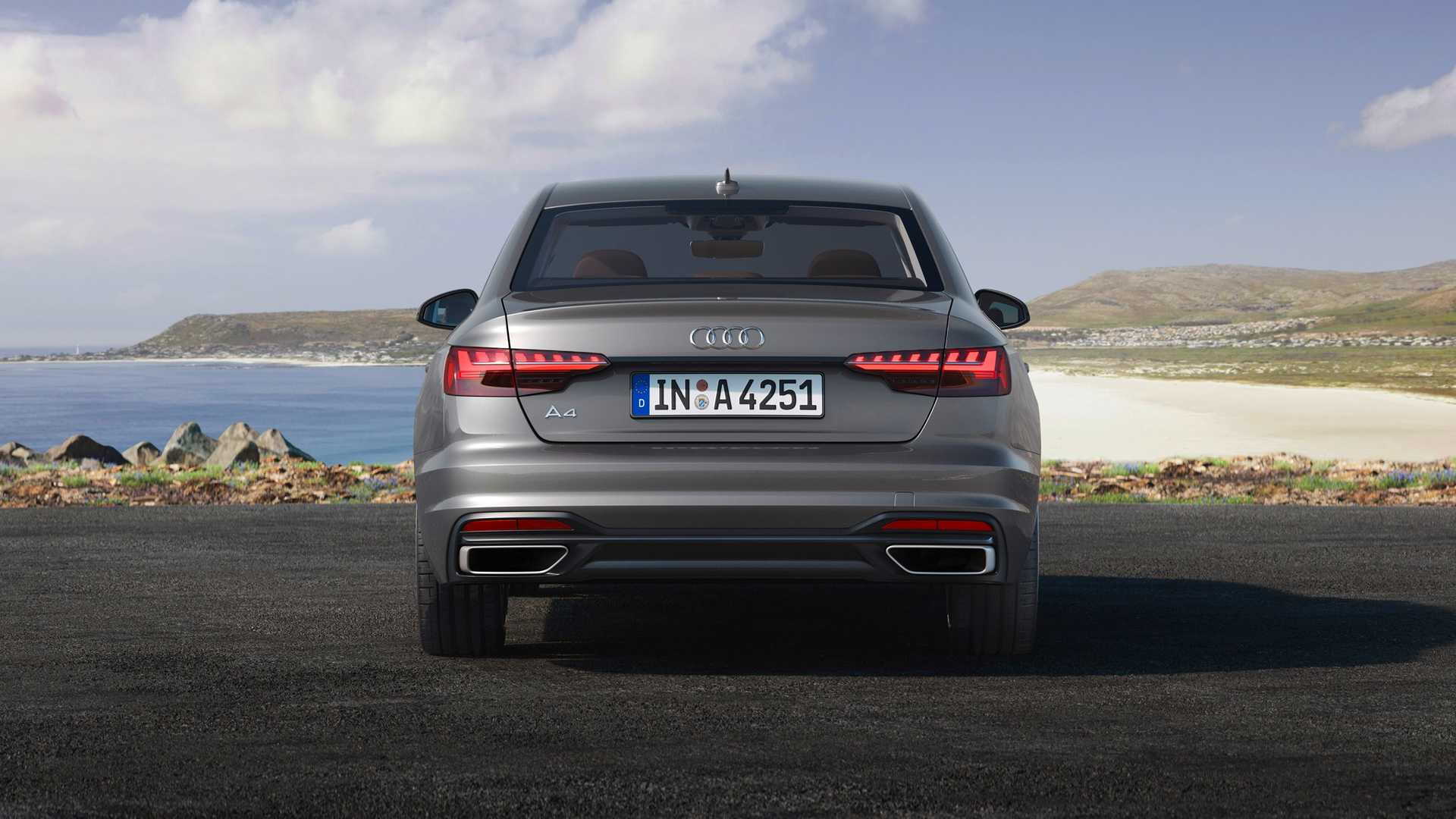 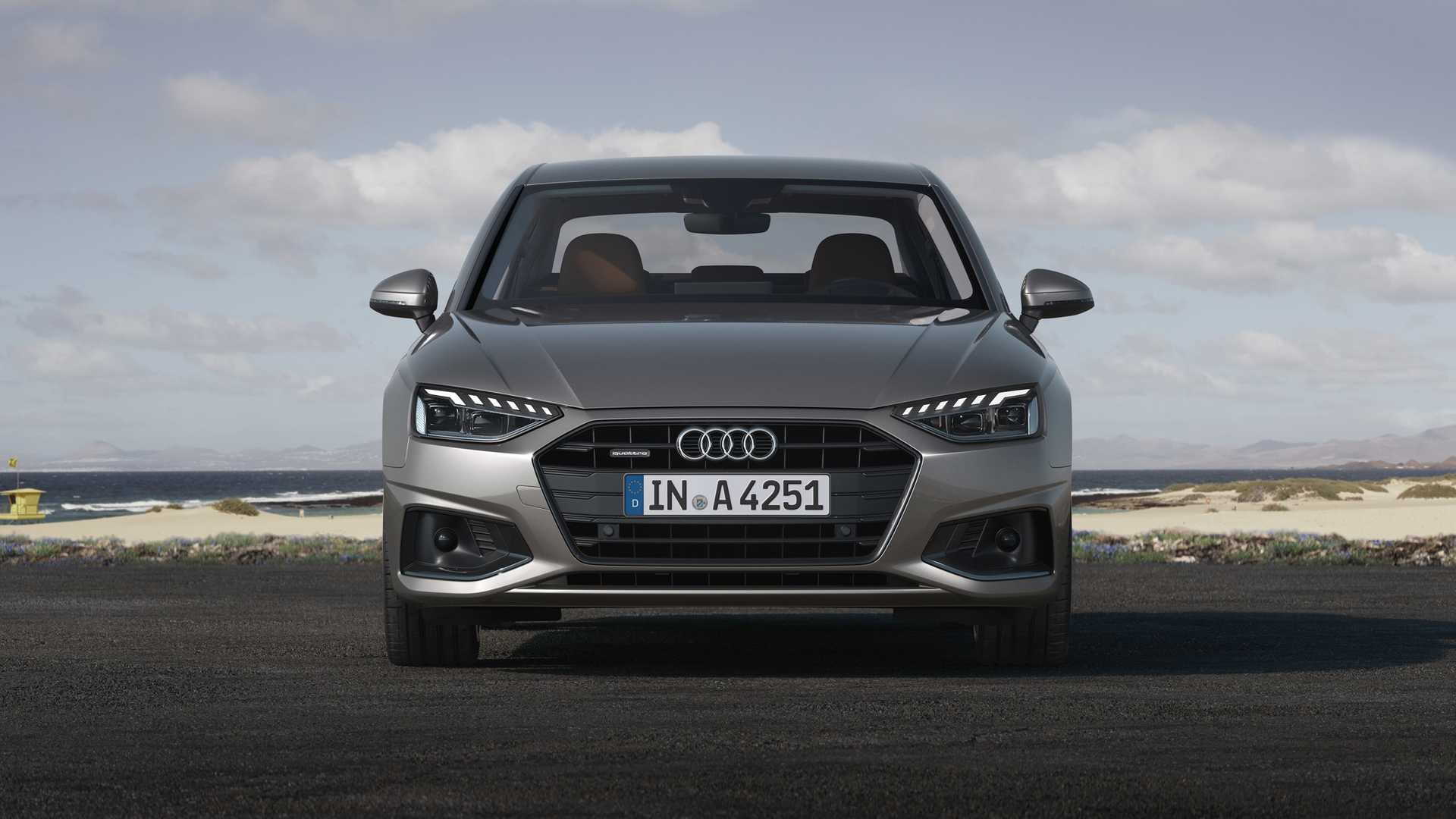 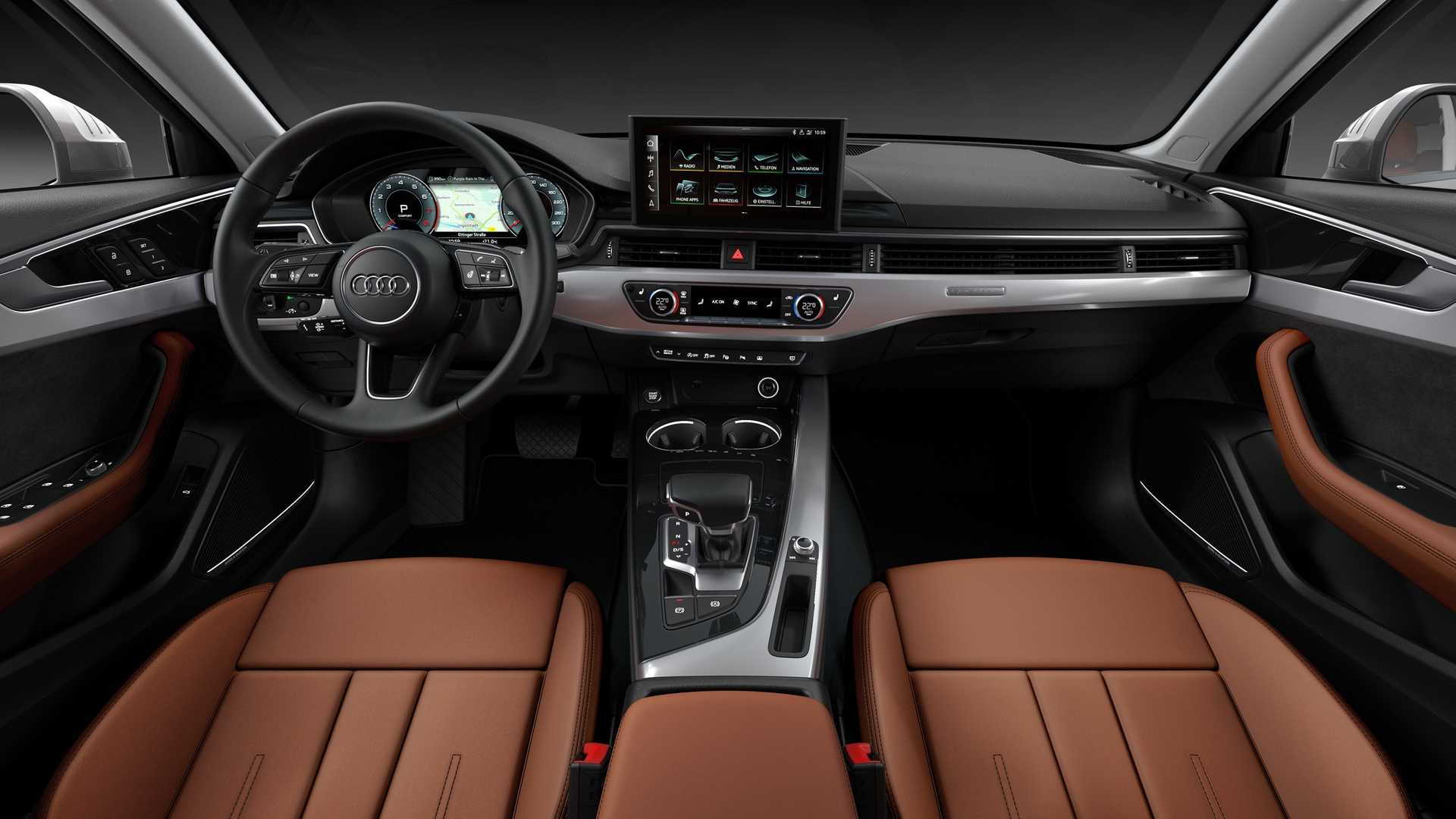 Audi's A4 range has been updated, bringing revised looks, some extra goodies in the cabin, and mild-hybrid tech. There still isn't a plug-in hybrid model but one is expected. It will be badged a TFSI e as Audi is now reserving the e-tron badge for battery-electric models.

The updated A4 range, which includes sedan, Avant wagon and Allroad soft-roader options, as well as the sporty S4, represents a mid-cycle refresh for the current A4 generation which arrived on the market as a 2017 model. The tweaks are minor and include new LED headlights, a slightly wider grille, and a new light signature for the taillights.

For the interior, a larger 10.1-inch touchscreen display sits atop the dash for the infotainment and can be used much like a smartphone. Natural-speak voice activation and buttons on the steering wheel can also be used to control the infotainment. And where available, the navigation system has been designed to communicate with surrounding infrastructure and other Audis to provide updates for traffic light information, on-street parking, and hazards.

Also new is an adaptive suspension system with two options. One is a comfort option with damper control, which is able to reduce the ride height by 10 millimeters. The other is a sport option, which can be ordered with or without damper control and is able to lower the suspension by 23 mm.

Depending on the market, Audi will offer updated A4 range with up to six powertrains, including gasoline and diesel options. Some of these feature a new 12-volt mild-hybrid system that can recover energy under braking or coasting and help the engine under high loads and upon start-up. A more powerful 48-volt mild-hybrid system features in a new S4 TDI diesel rated at 342 horsepower and a beefy 516 pound-feet of torque.

No changes have been made to the regular S4's powertrain, which remains a 3.0-liter turbocharged V-6 good for 354 hp and 369 lb-ft. Powertrain specifications for the United States are yet to be announced.

The updated A4 range reaches showrooms in Europe this fall. Availability in the U.S. is yet to be announced but we should see the cars here by early 2020, and similar updates should then follow on the RS 4 Avant sold overseas and eventually the related A5 range.

Sadly, a manual transmission will no longer be offered in any Audi in the U.S. Audi made 2018 the final year that the third-pedal option was availalabe. A special run of A4 Ultrasport sedans was launched to mark the end of the era.