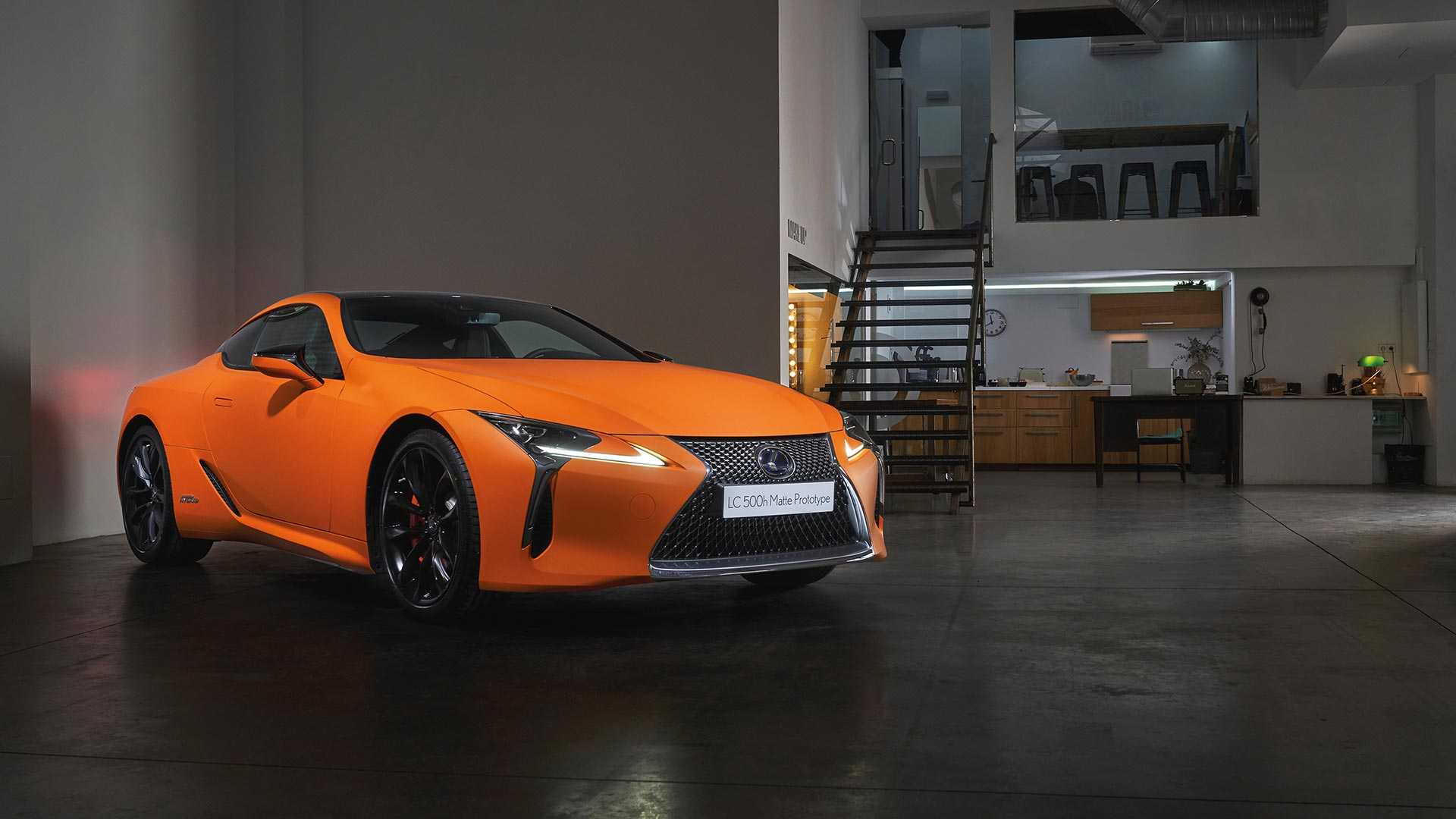 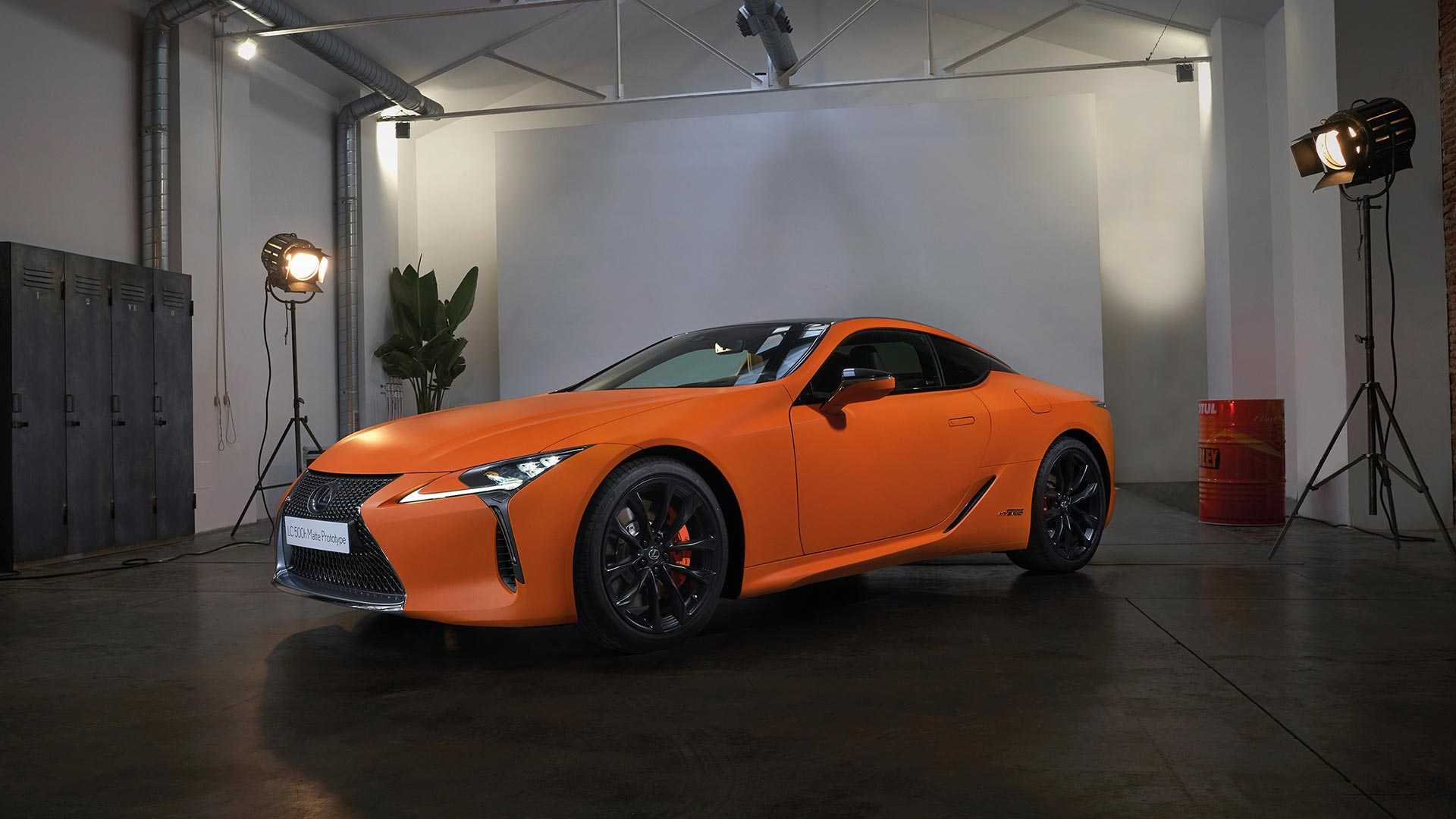 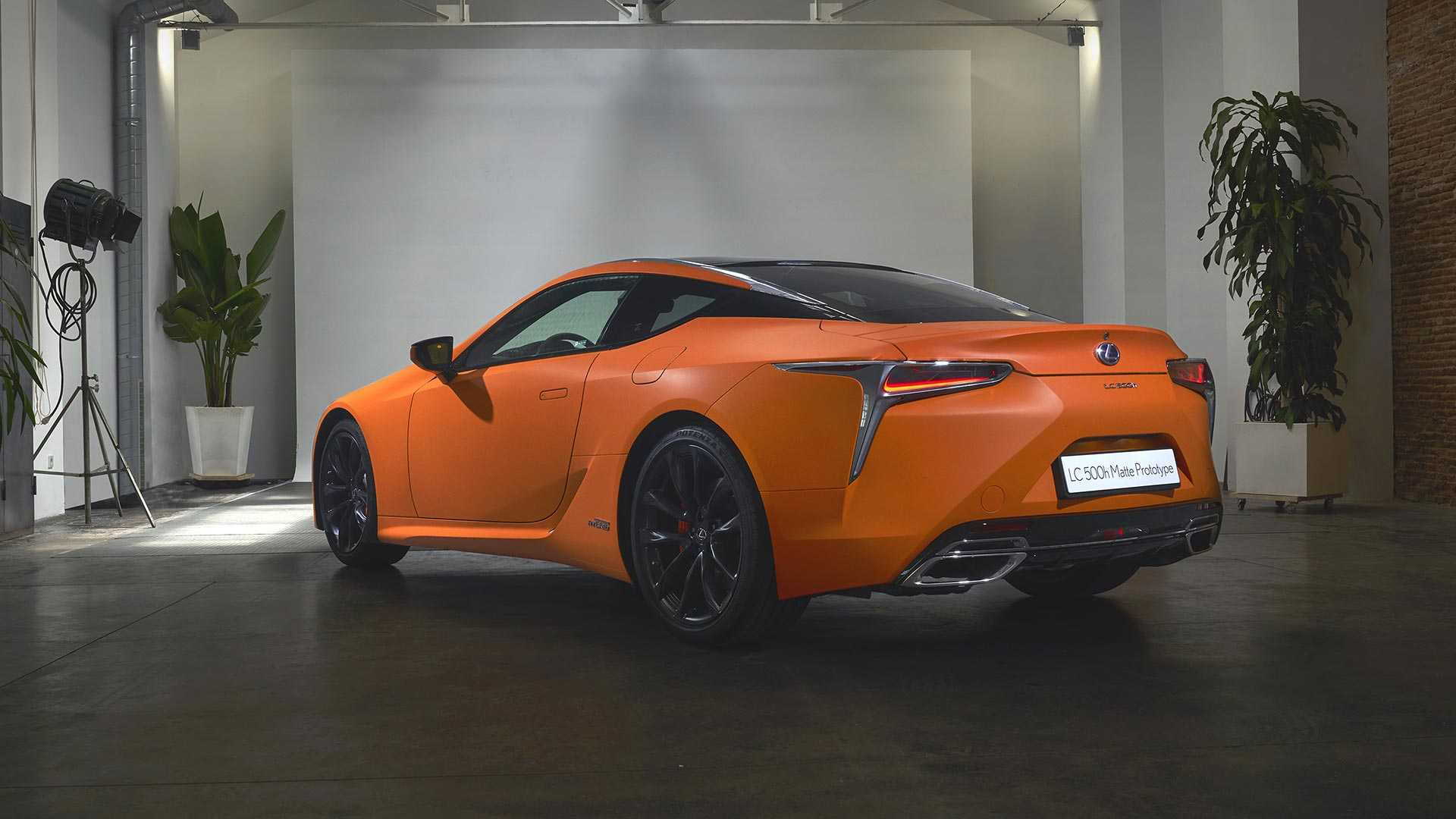 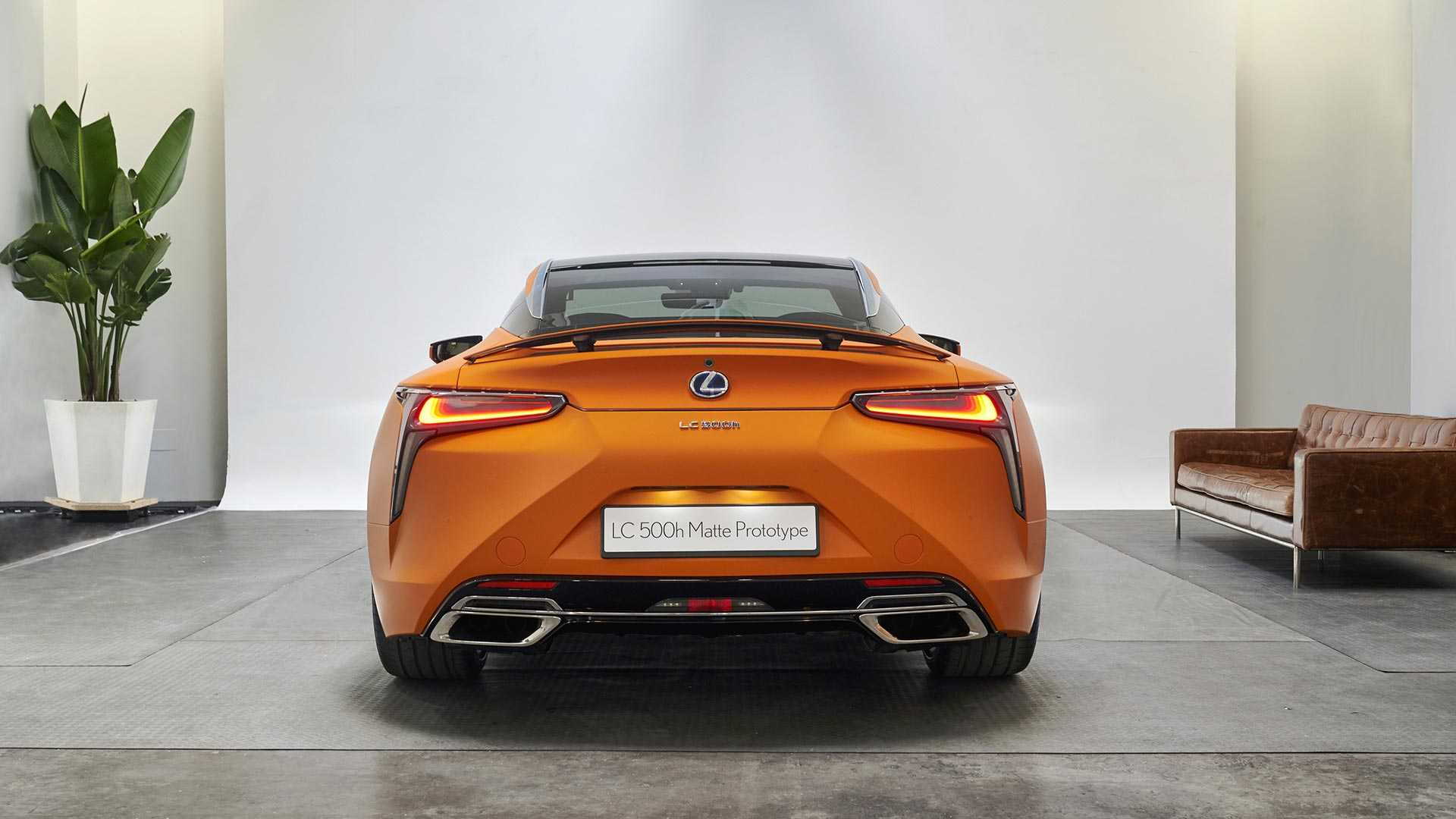 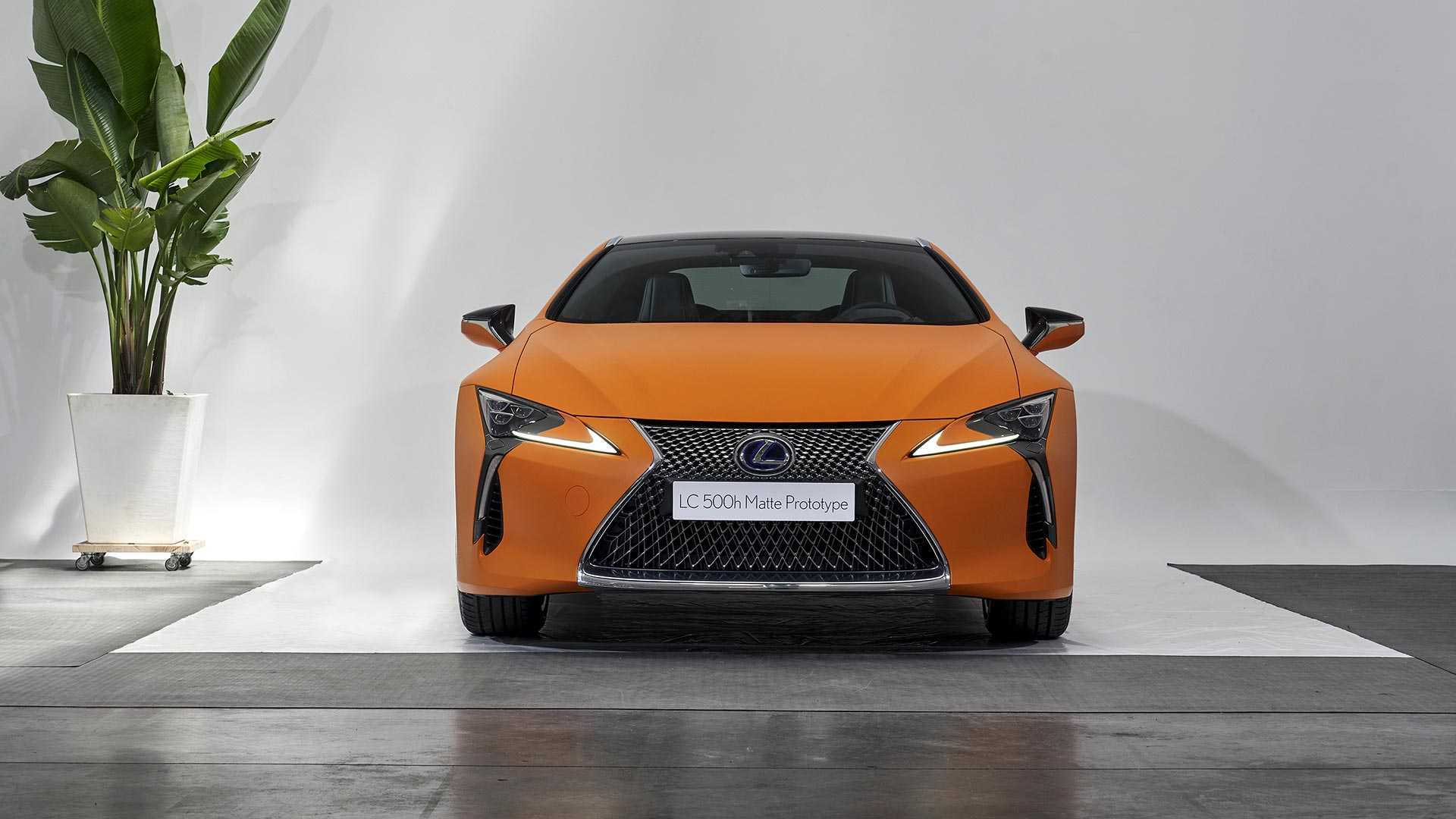 Yet another vibrant hue has made its way to the Lexus LC. This time, the LC 500h hybrid is the recipient of a wild, and very different, orange color.

The brand revealed what it calls the LC 500h orange "prototype" at the 2019 Barcelona motor show last week. The exterior color is called Space Orange and is meant to recall tones we see while looking at the sun as it sets in the sky. What's different about this color is the fact that it's done in a matte finish with zero gloss.

Lexus said colors and unique materials are the latest in a line of areas where the brand wants to innovate. Lexus paired the newly developed color with a set of 21-inch semi-matte black wheels to really dial up the contrast—and perhaps make it look like a Halloween special. There's also a splash of carbon fiber on the roof and the active rear spoiler for good measure.

Last, but not least, the orange hue is sprinkled throughout the interior as well. Strips of the door trim, dashboard, and steering wheel all feature the flat orange color against leather and Alcantara. Perhaps the niftiest use of the color is on the paddle shifters. It's not our favorite color palette inside of the LC, but it's not the worst look either.

The orange "prototype" car follows two other Inspiration Series LC coupes Lexus has shown. The first came in 2017 featuring a unique shade of blue with inspiration from the film "The Black Panther." The second arrived earlier this year in a Flare Yellow color. While both of the Inspiration Series cars were slated for production, Lexus didn't say if the matte orange color will also make it to production. It doesn't seem out of the question, however.