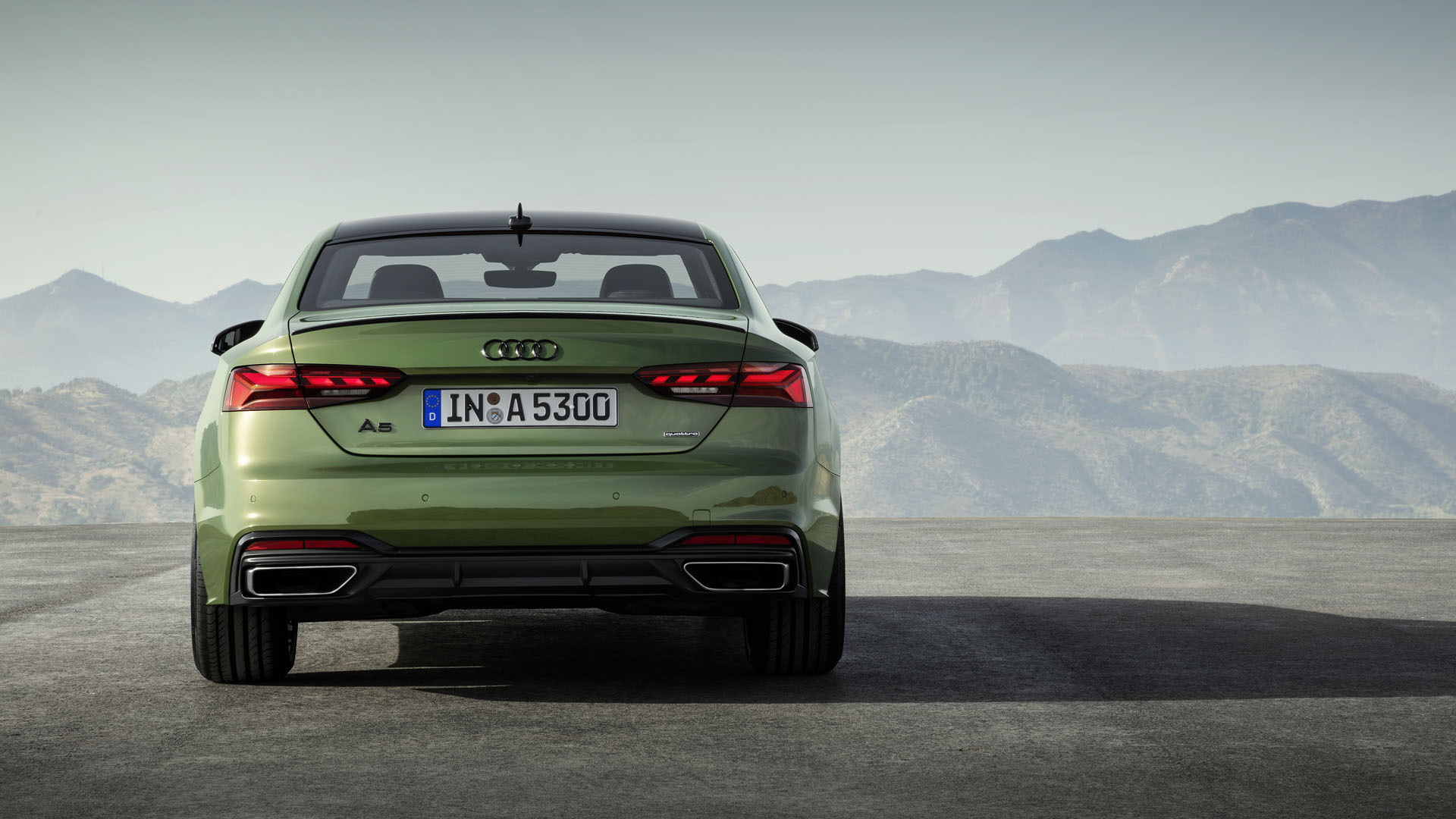 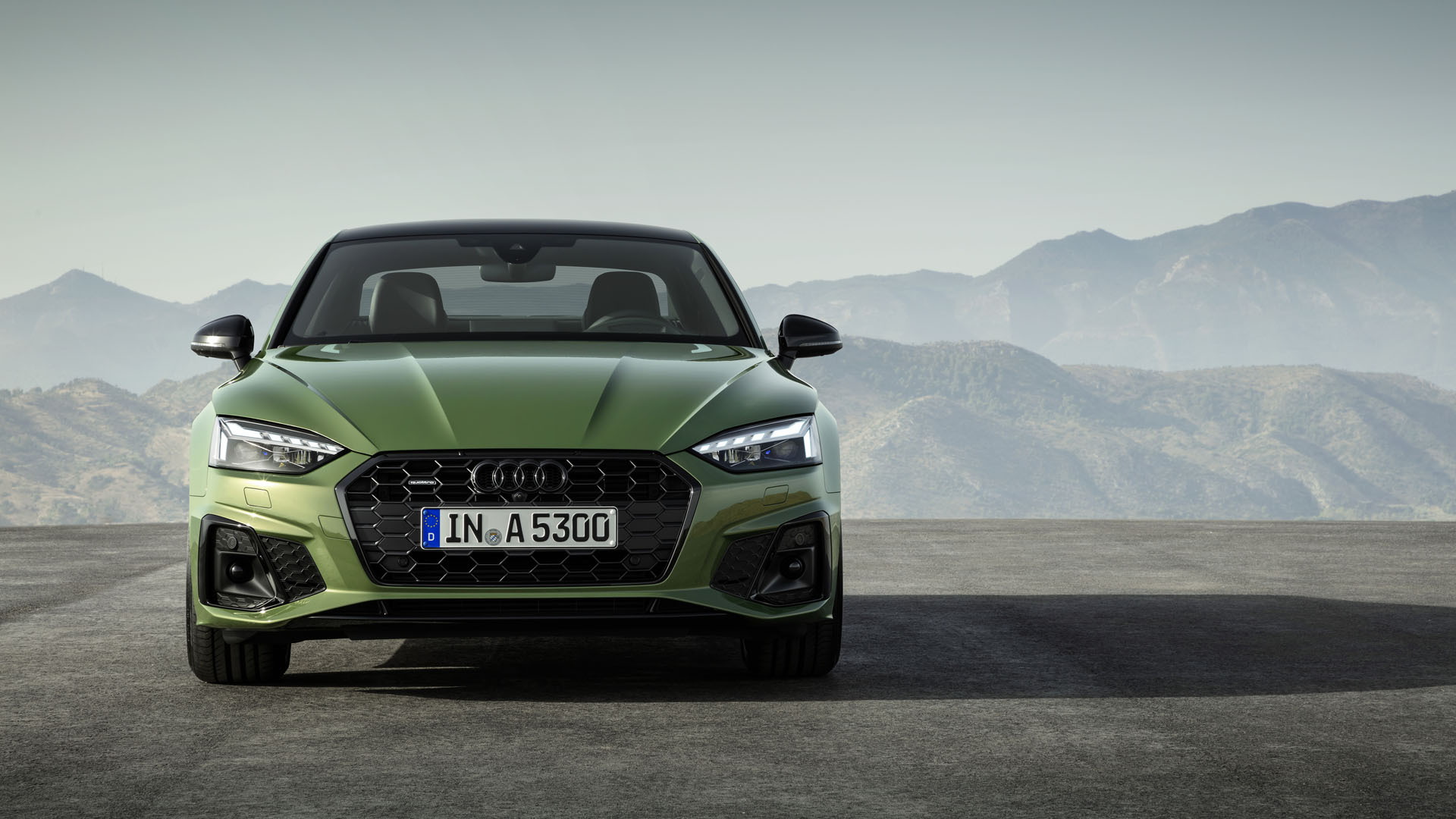 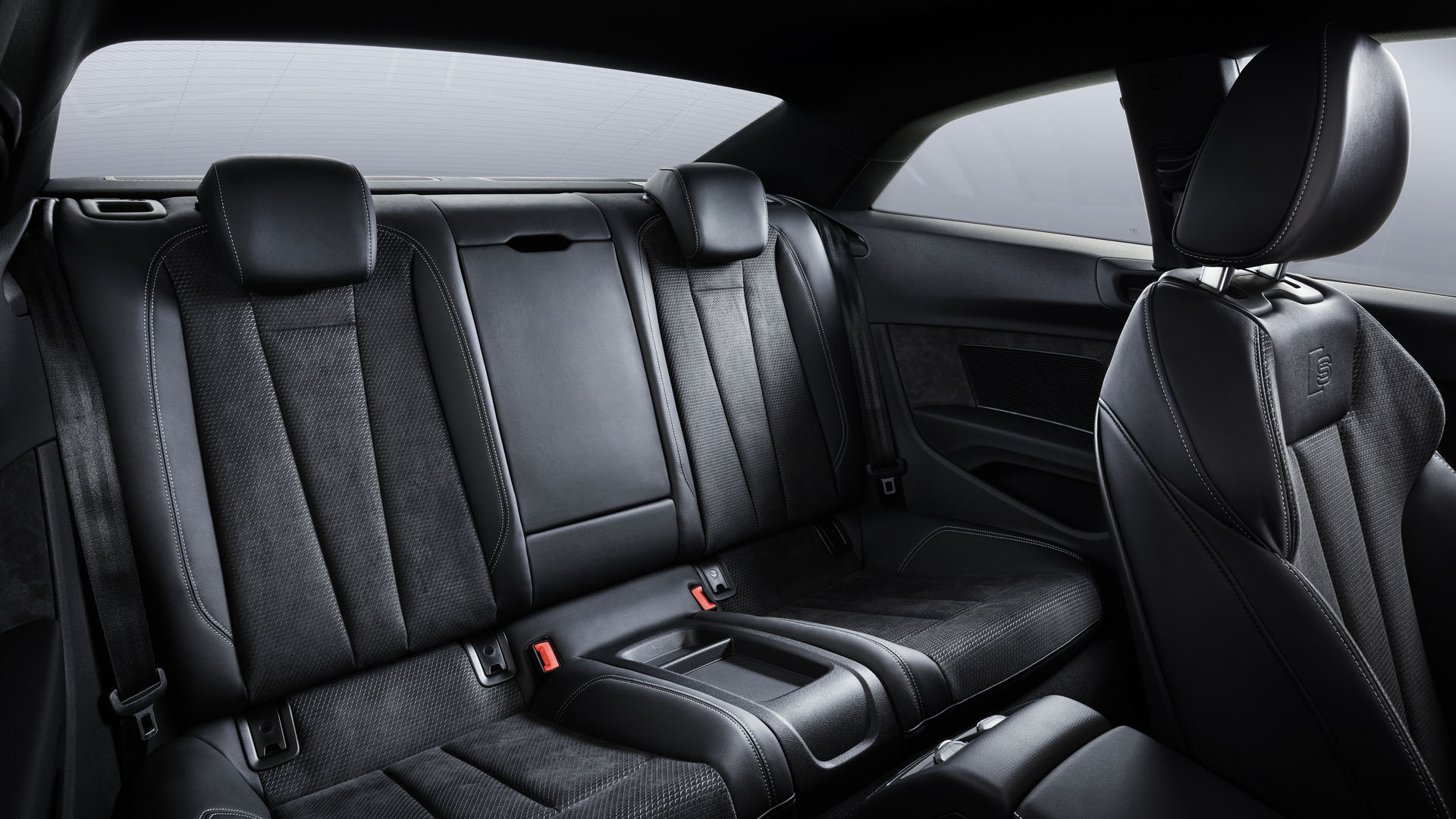 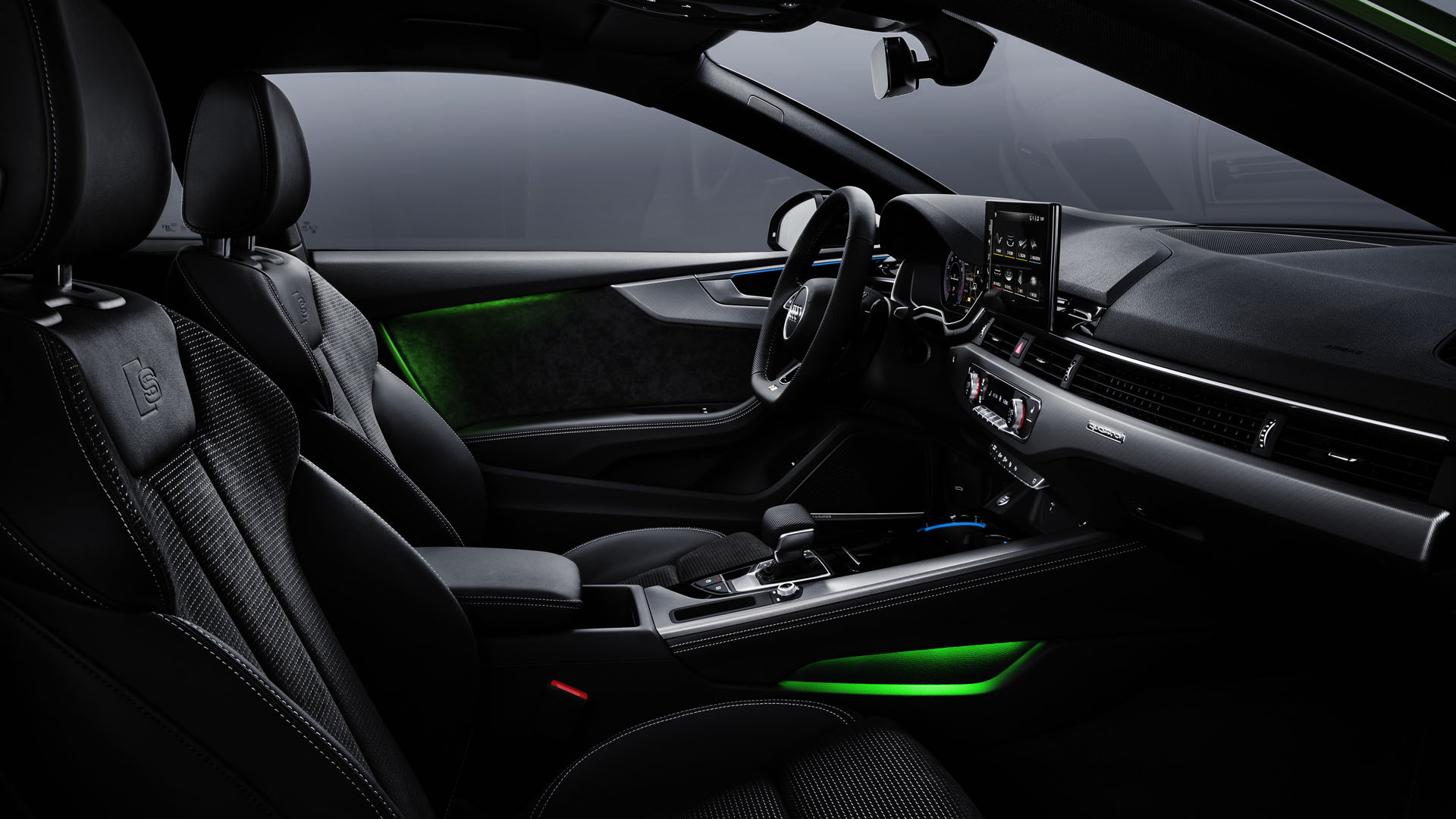 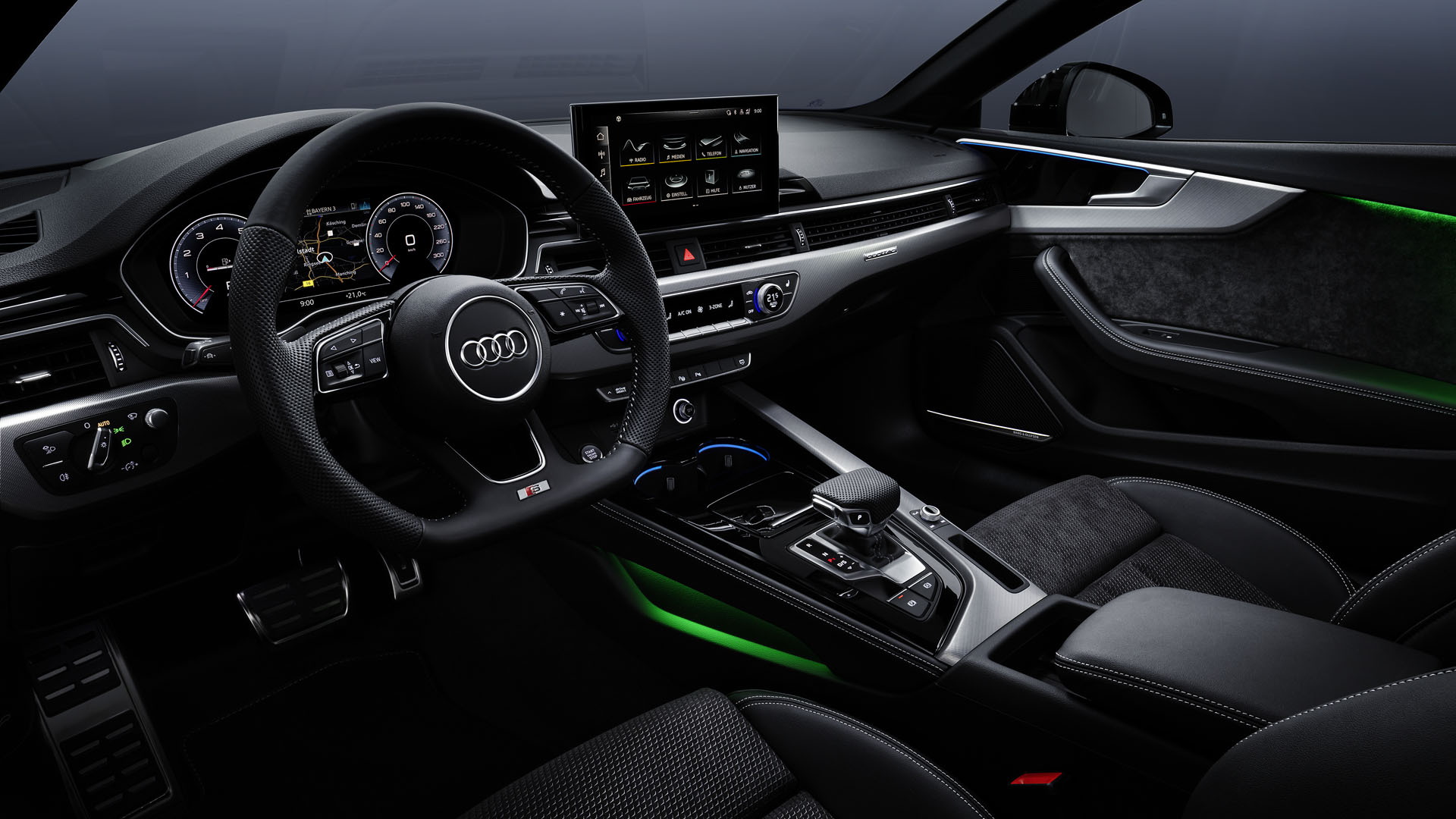 Audi has announced a bevy of changes for its A5 model range for the new model year. The A5’s mid-cycle refresh follows similar changes made to Audi’s A4 sedan earlier this year.

The 2020 A5—which can be had as a coupe, convertible, or Sportback—features revised front end styling that includes a flatter and wider grille, revised lower bumper and larger air inlets. The 2020 A5 features new side sills that Audi says give the car a slimmer appearance. Changes in the rear include a new diffusor insert and trapezoidal tailpipes. LED head and taillights are standard on every A5 model.

Inside the revised A5 receives an updated MMI infotainment system with more computing power and a 10.1-inch touch display with acoustic feedback. Audi says it has also improved the system’s natural-language voice controls.

Where applicable, the new infotainment system can communicate with surrounding cars and infrastructure, such as traffic lights. The system is even capable of finding you an available street parking spot.

Audi’s latest MMI infotainment system also features on-demand upgrades. A5 owners can upgrade their MMI system at any time to include Audi navigation MMI plus, DAB+ digital radio, and the Audi smartphone interface. Upgrades are available in one month, one year and unlimited terms, and can be made at any time via the myAudi app.

The 4-cylinder engine used in the A5 benefits from the addition of a new mild hybrid system for 2020. Audi hasn’t announced just how much the 12-volt system will improve the A5’s fuel mileage, but expect a bump over the car’s current 22/34/27 mpg city/highway/combined ratings.

The higher-performance S5—available in coupe, convertible, and Sportback body styles—will carry on without the mild hybrid system. For 2020 the S5 will use a turbocharged 3.0-liter V-6 rated at 354 horsepower and 368 pound-feet of torque.

A5 models will be available with two suspensions upgrades—a sport-tuned setup and a suspension system that uses variable dampening for improved ride and handling.

The 2020 Audi A5 will arrive in European showrooms this fall. Audi has not announced U.S. availability or pricing.