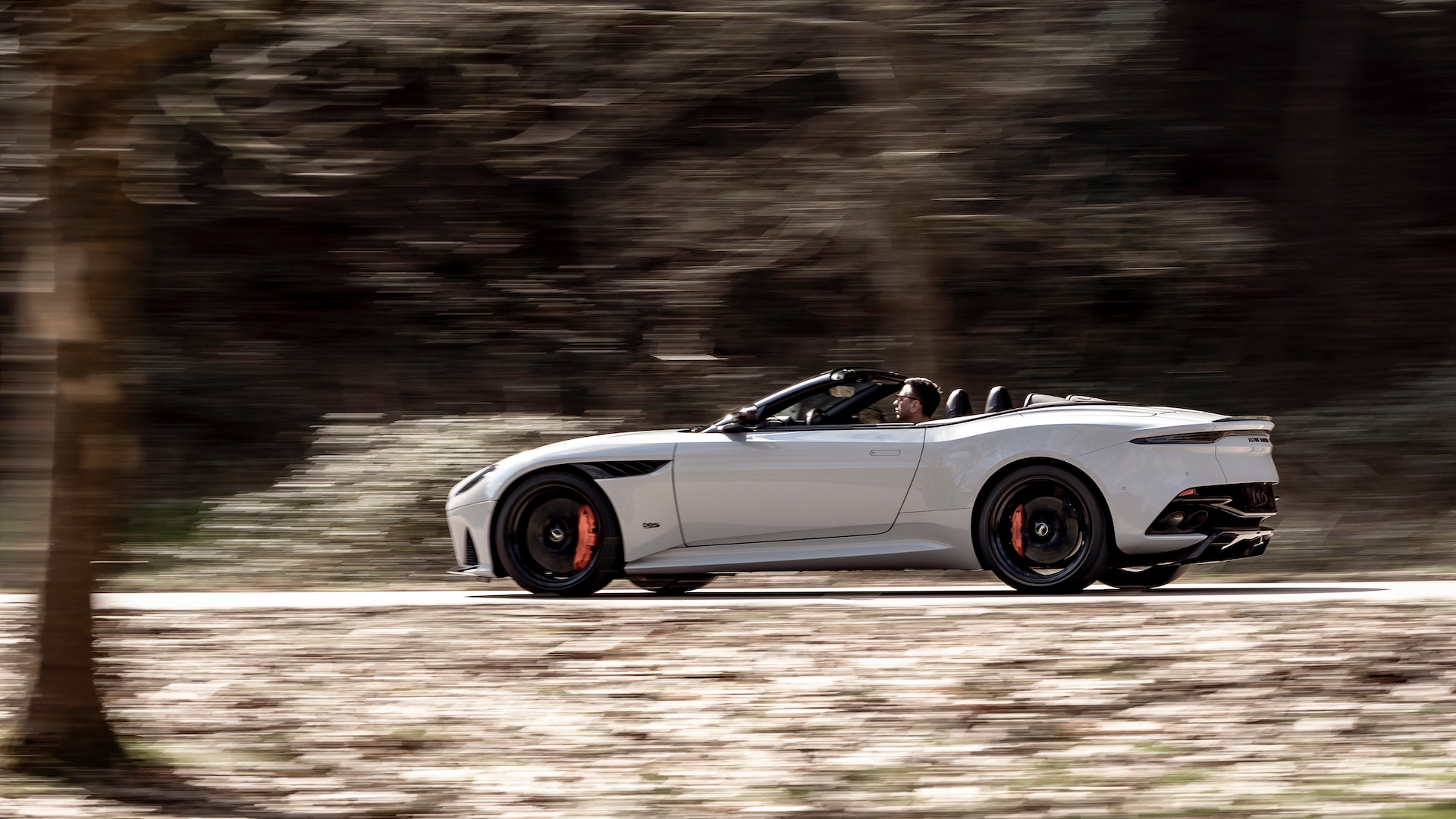 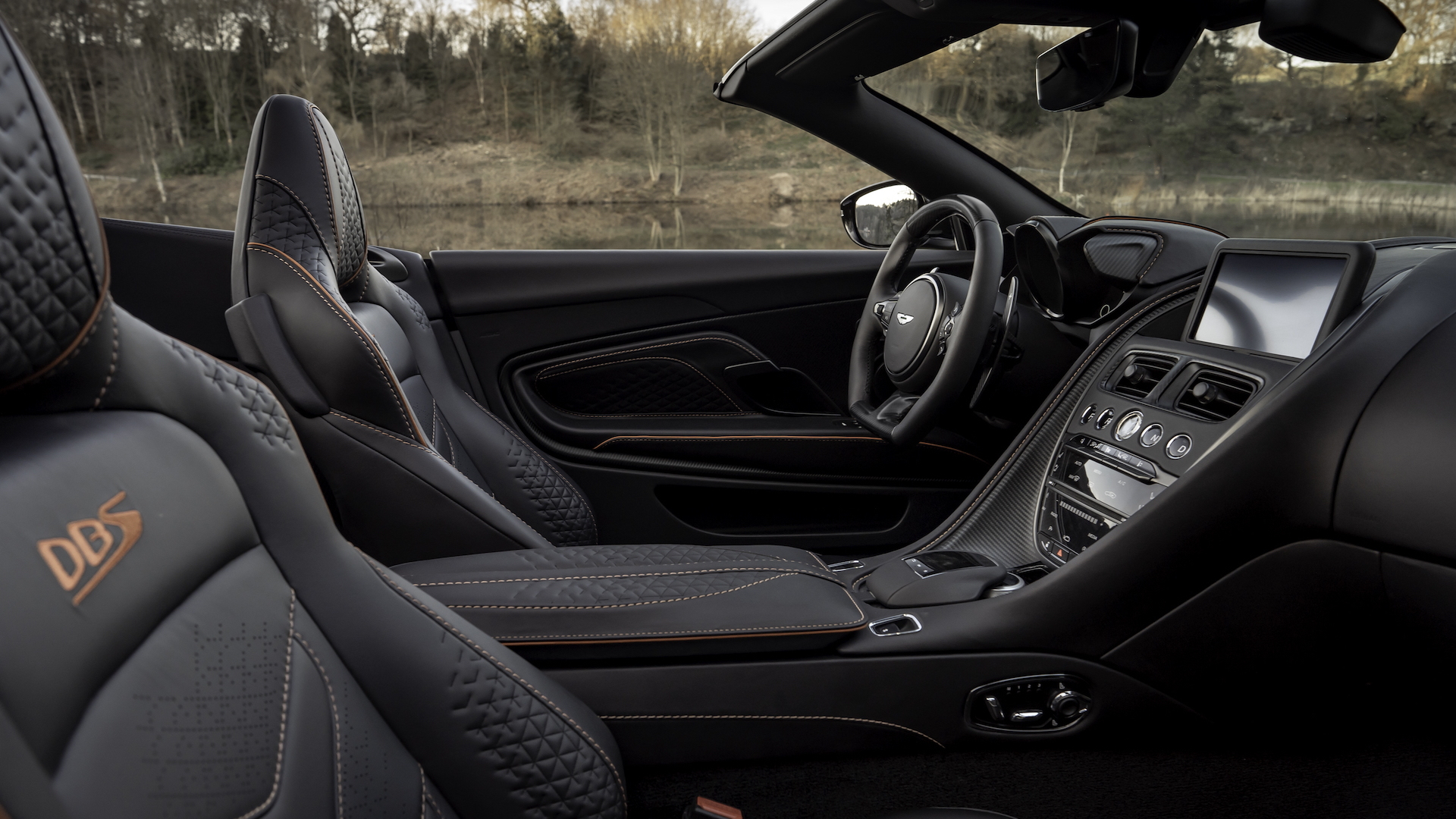 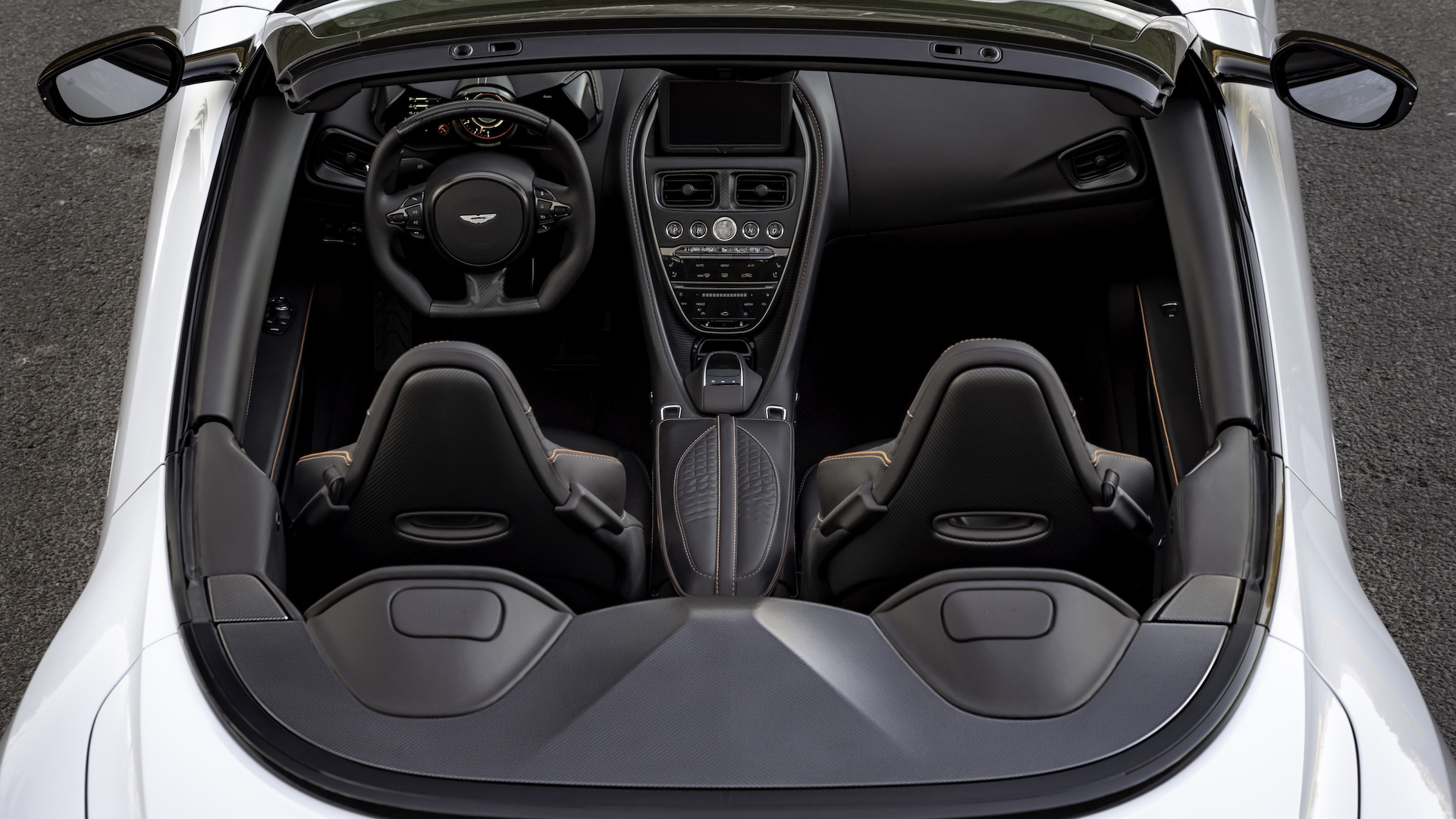 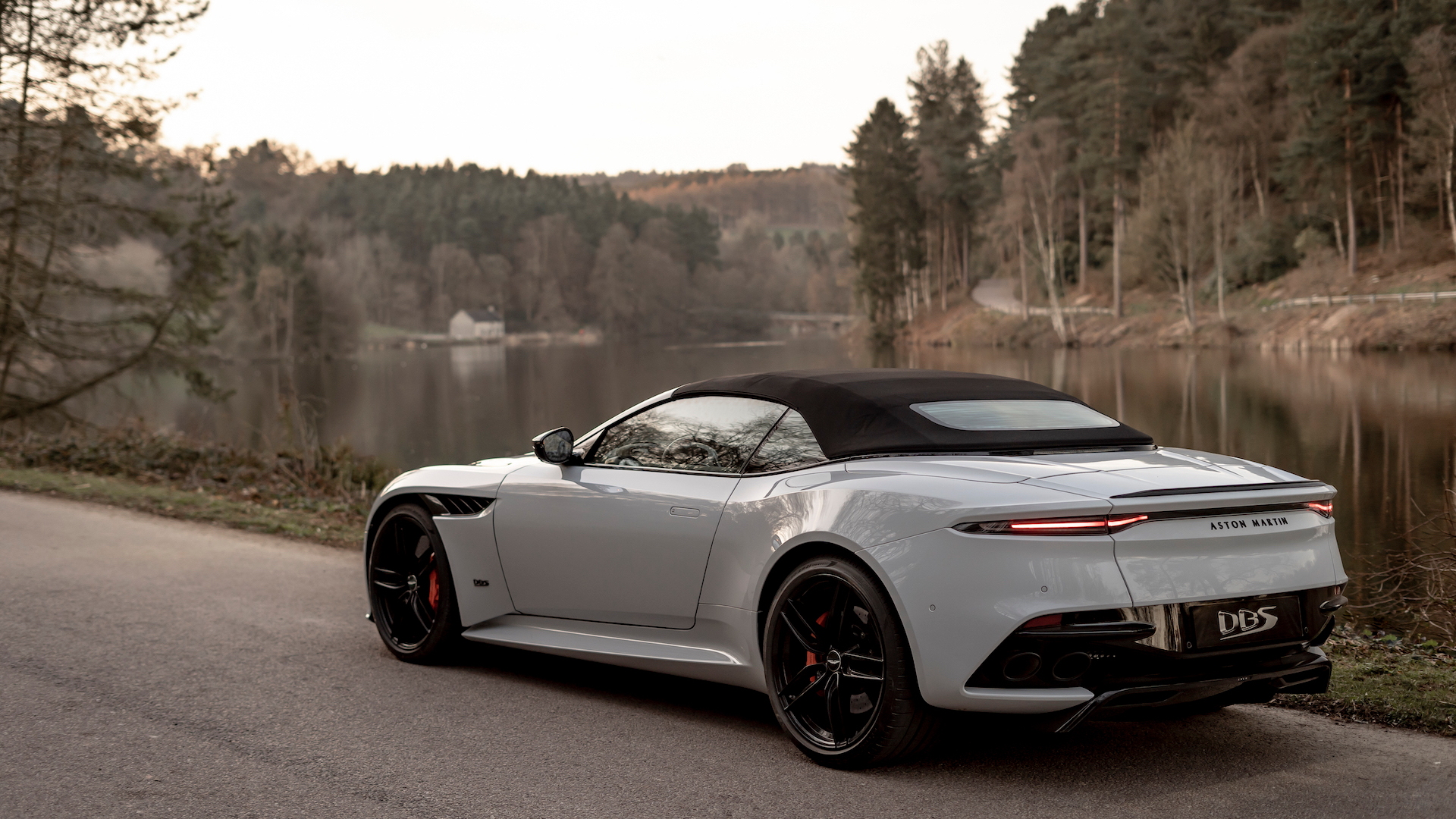 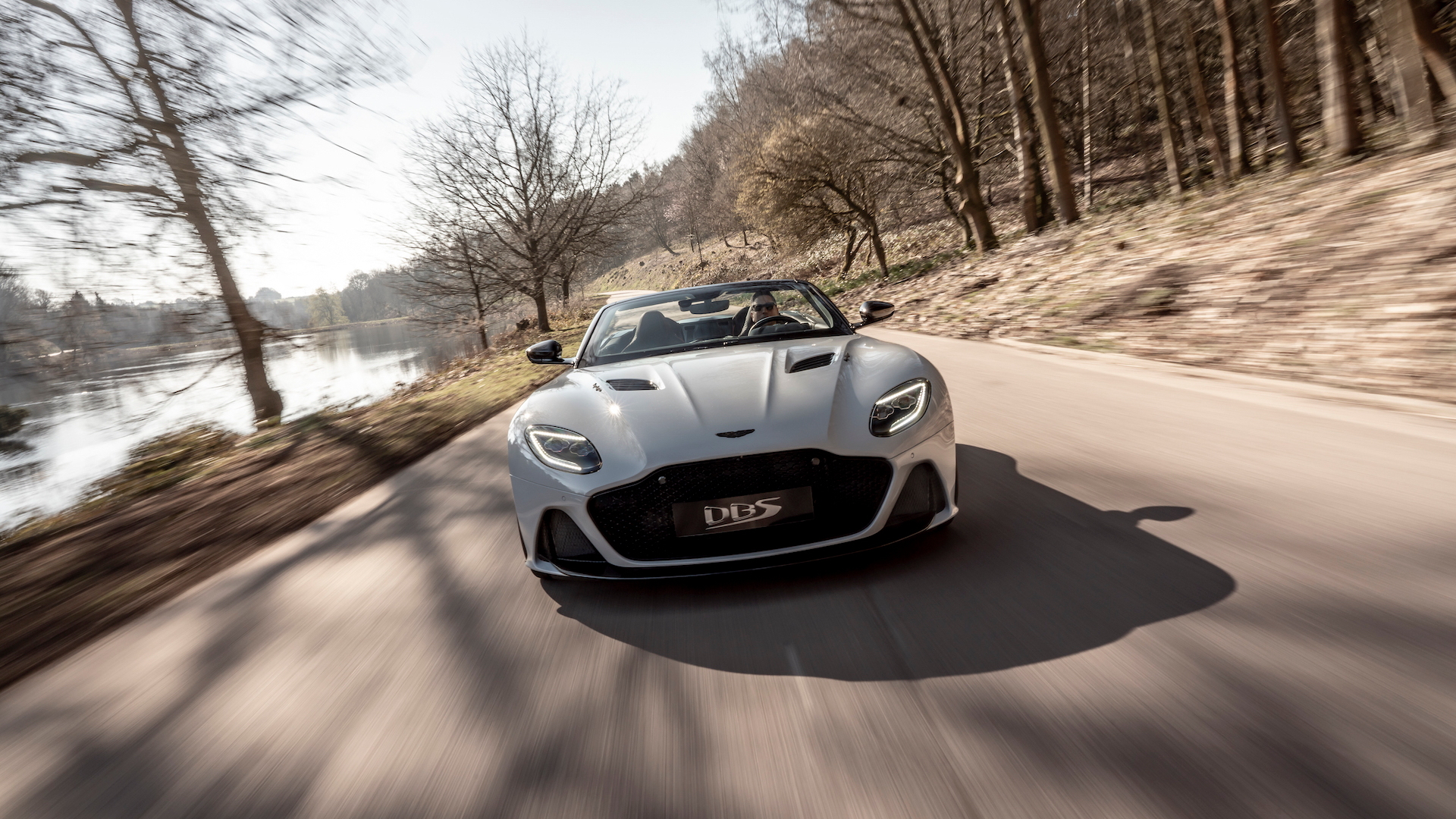 Aston Martin has dialed up the wow factor on its DBS Superleggera with the arrival of a new open-top version, which dons the automaker's Volante name used on convertibles.

Unveiled Tuesday, the 2020 DBS Superleggera Volante will serve as the flagship of the brand until a new Vanquish supercar is added early next decade.

And a proper flagship it is thanks to a powerful V-12 under the hood. The engine is the same 5.2-liter twin-turbocharged unit in the DBS Superleggera coupe, rated at 715 horsepower and 664 pound-feet of torque. It connects to a rear-mounted 8-speed automatic via a carbon fiber propshaft and spins the rear wheels only.

For those who prefer hard numbers, the 0-62 mph sprint takes 3.6 seconds and the top speed is 211 mph. The latter makes this the fastest convertible in Aston Martin's history. 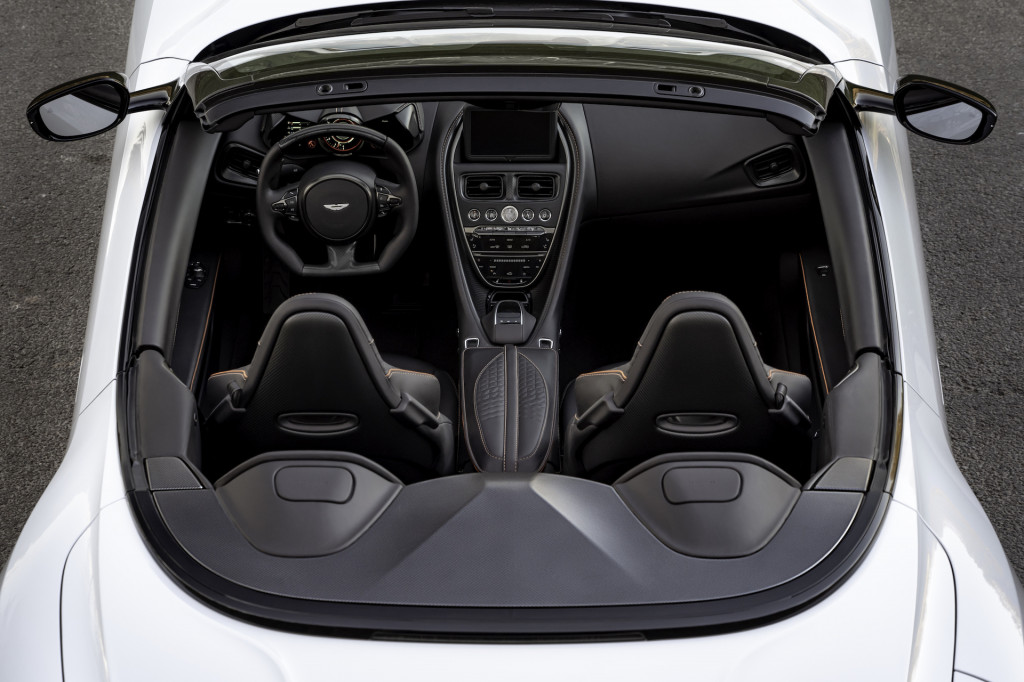 Like in the DB11 Volante, the roof is an automated folding soft-top with eight layers that are lined with acoustic and insulation materials to keep noise and the weather out. It takes no more than 16 seconds to open or close and can operate at speeds of up to 31 mph. The engineers also took special care to test the roof’s operation in extreme conditions such as in Death Valley and the Arctic Circle. They also tested its operation more than 100,000 times in special weather simulation chambers to ensure the design's hardiness.

The roof can be ordered in eight different colors and can be personalized on the inside, too, with Aston Martin offering six different headliners. A carbon fiber finish can also be selected for some areas, such as the tonneau cover, instead of the more traditional leather.

Some of the DBS Superleggera's aerodynamics needed to be tweaked to accommodate the new open-top driving experience. The main change is to the rear wing known as the Aeroblade. It manages to produce 390 pounds of downforce at the car's top speed, which is only 13 pounds less than in the coupe.

The DBS Superleggera Volante will cost $329,100, including a gas guzzler tax, and starts deliveries in the third quarter of 2019.