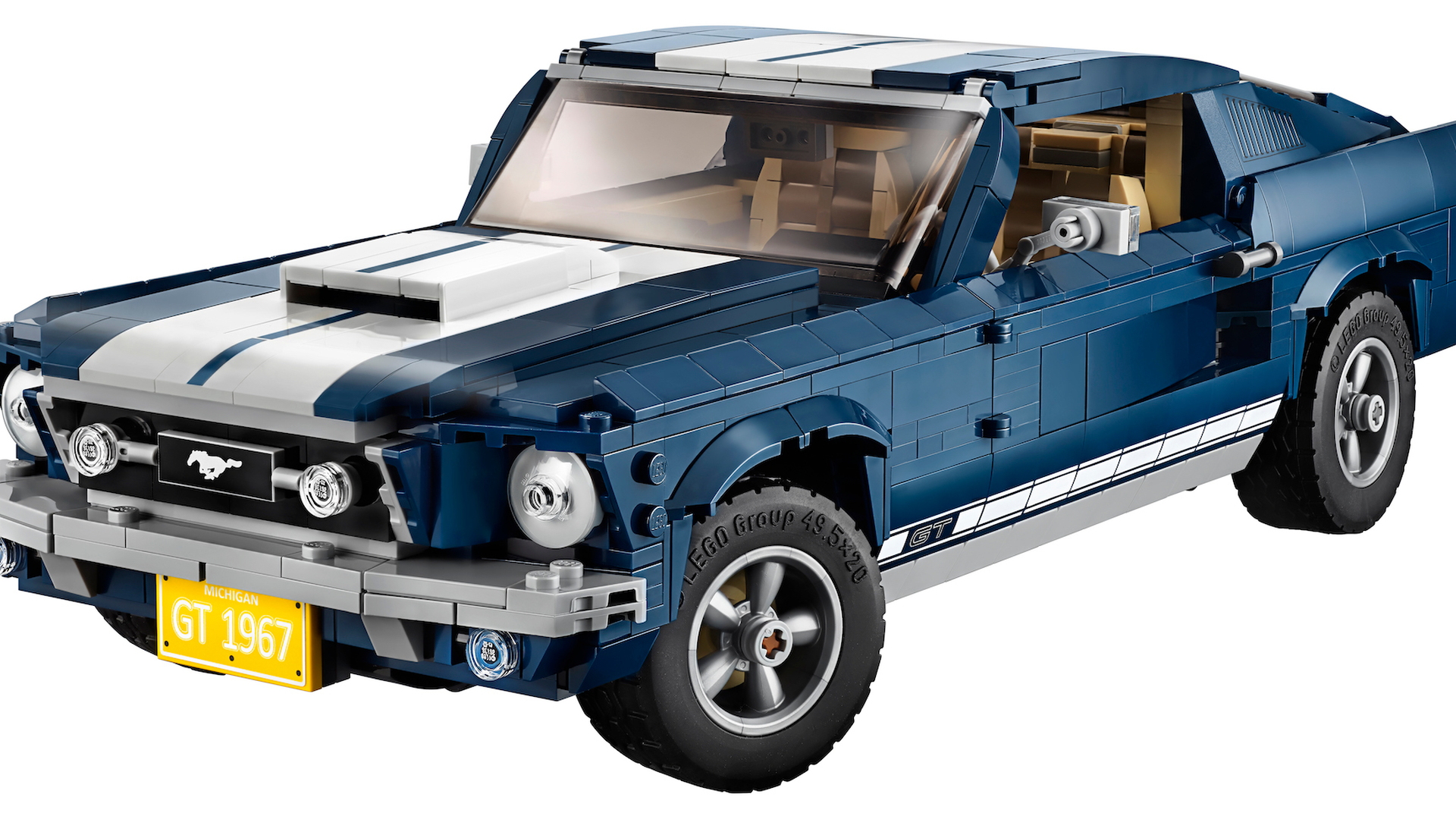 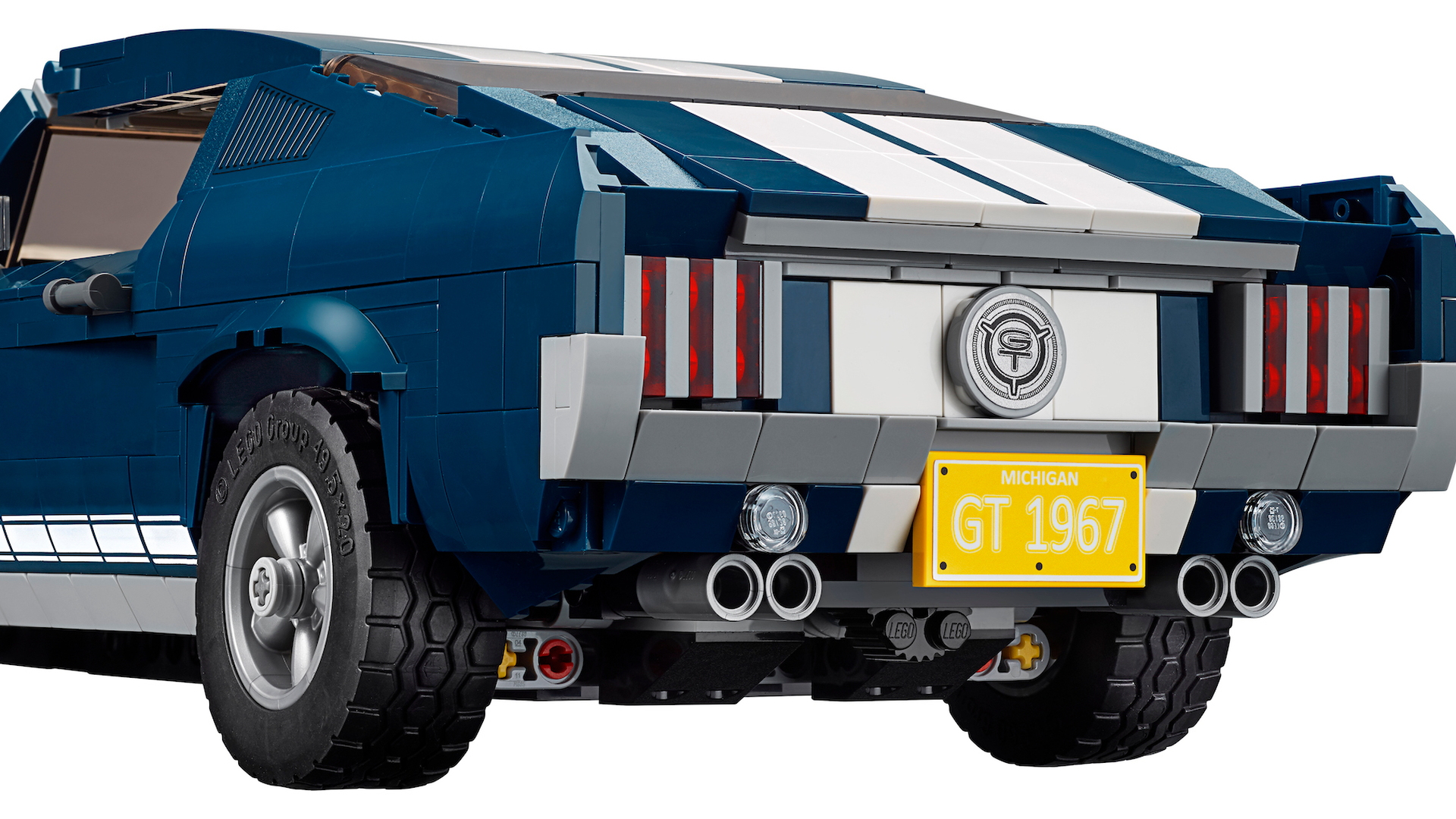 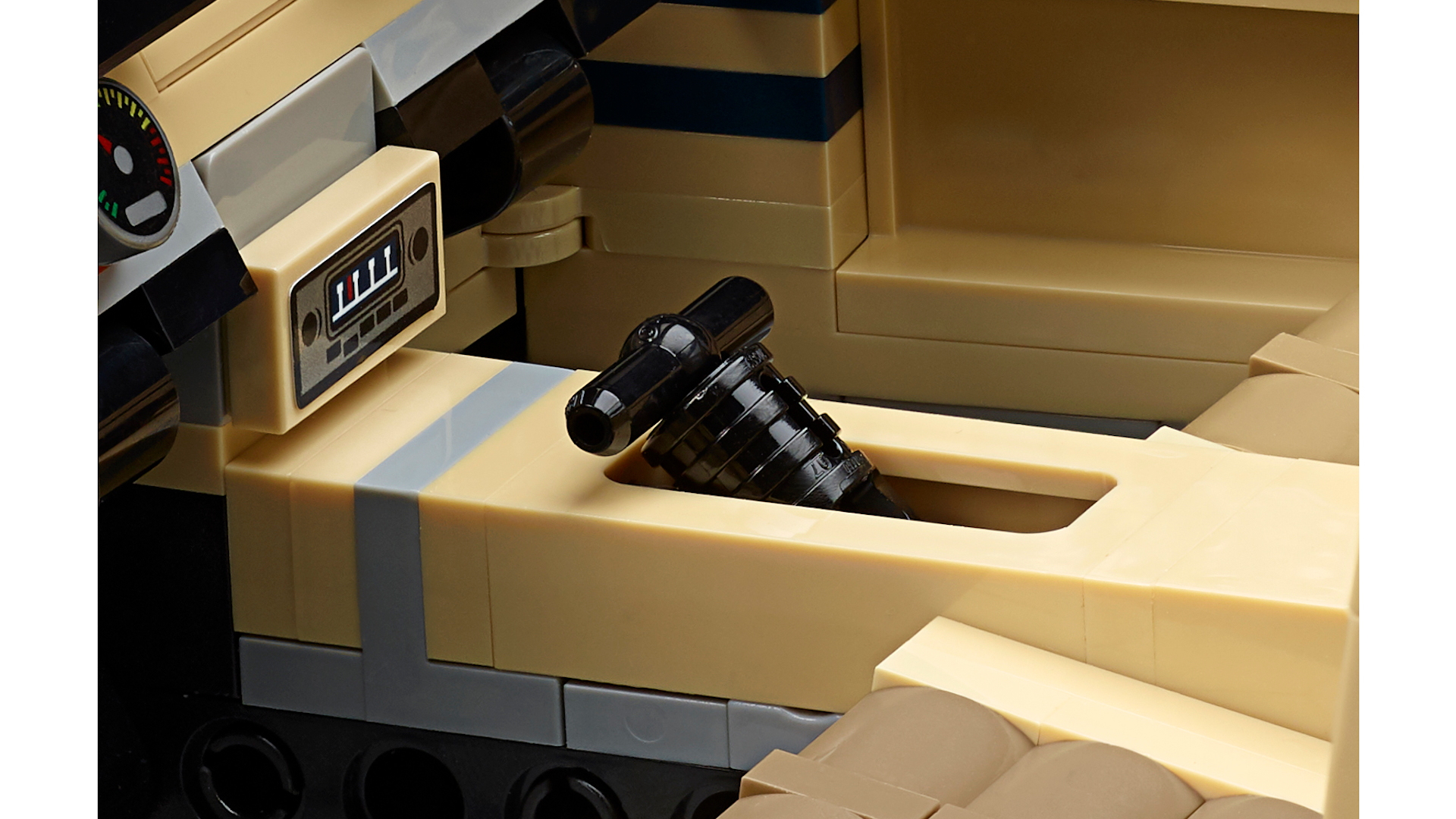 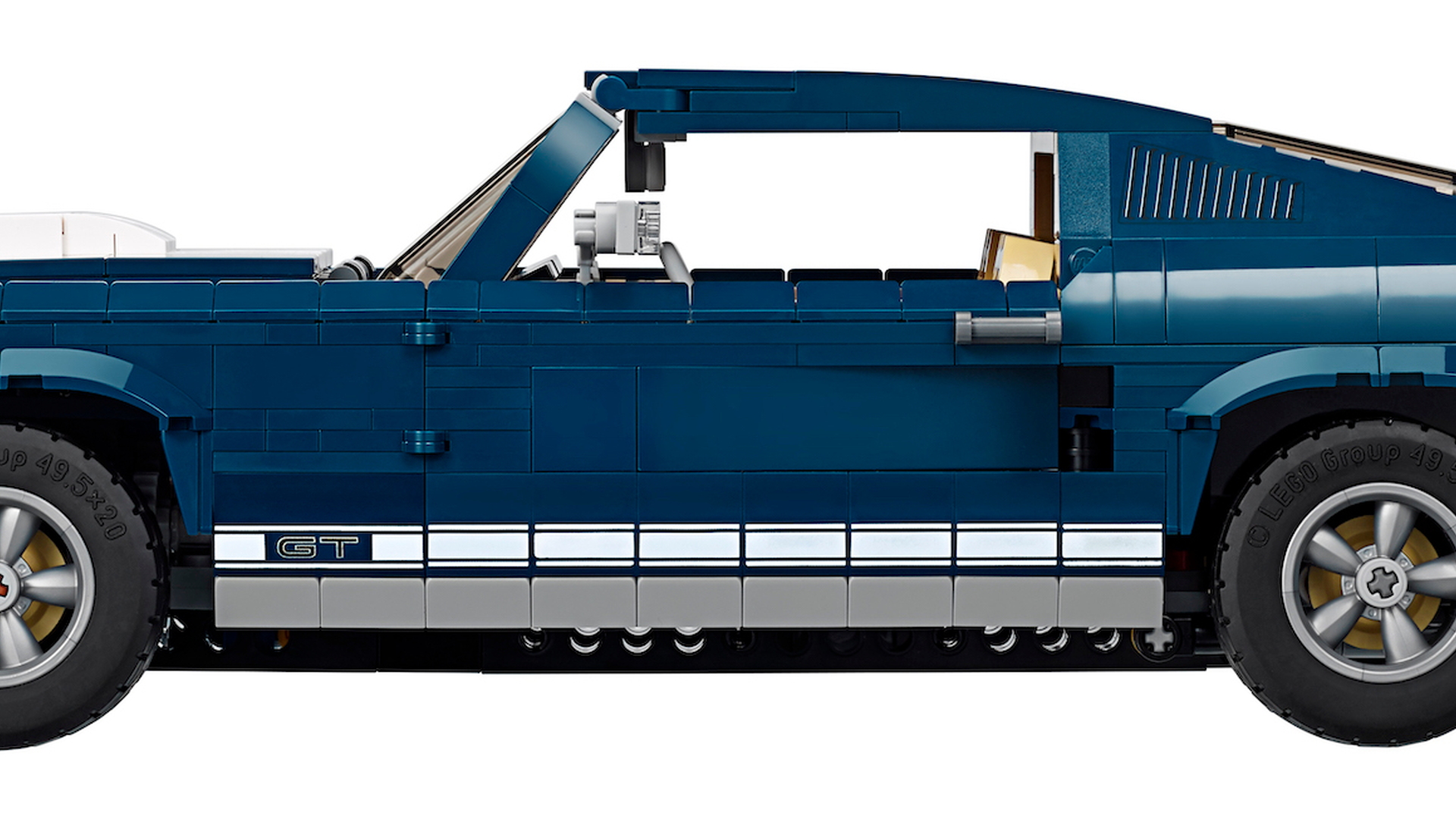 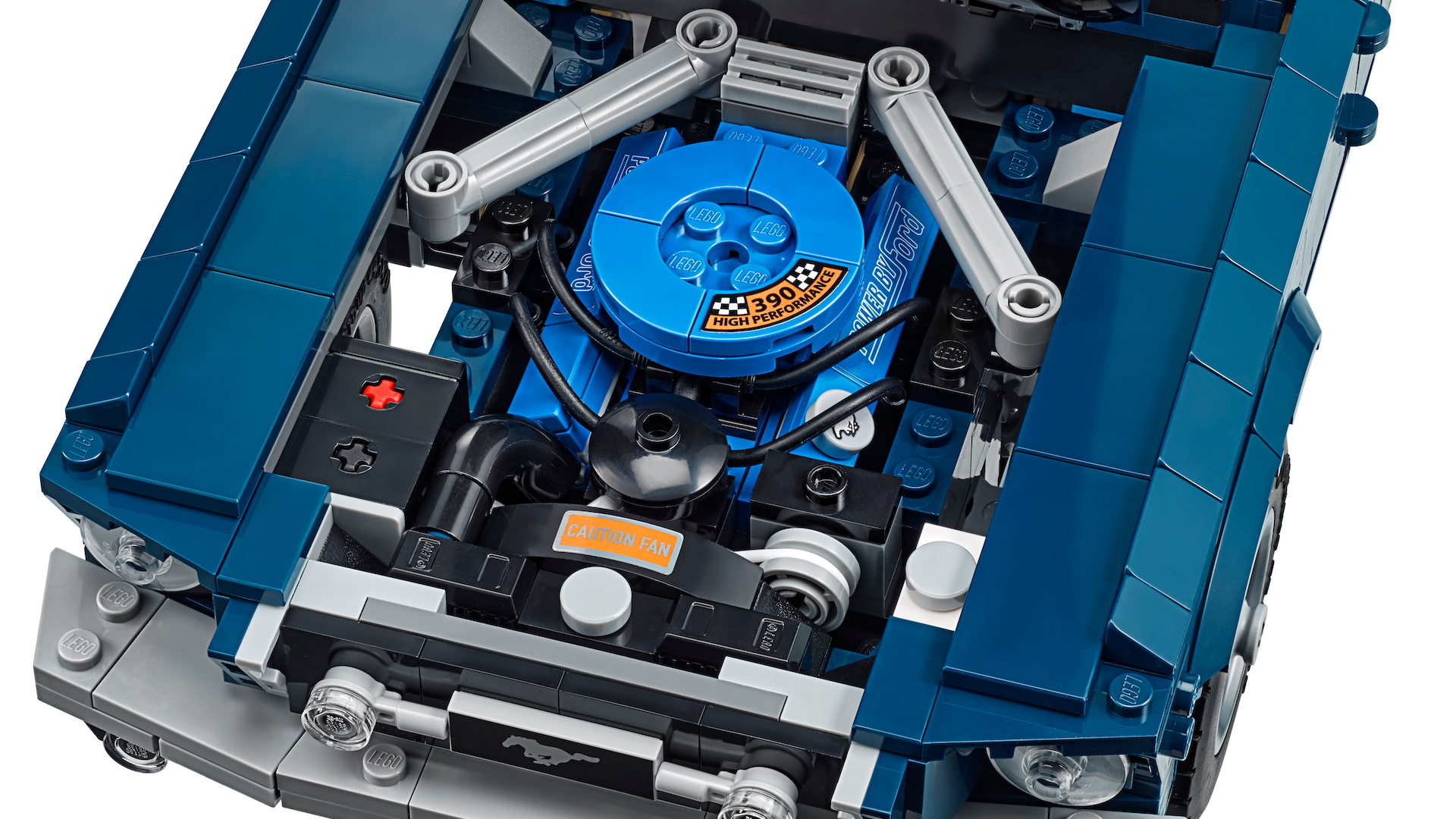 Occasionally, Lego creations don't quite mimic the real thing, but Lego and Ford have nailed it with this 1967 Mustang GT replica.

Both companies announced the 1967 Ford Mustang GT as the latest in a series of car-related Lego projects on Friday and fans young and old should find a lot to appreciate with the latest kit.

Consisting of 1,470-plus pieces, the Mustang GT boasts a detailed engine bay and interior (with a moveable gear selector and steering wheel), and a few customization options. Builders can choose to assemble a supercharger kit, place beefier side-exit exhaust pipes, add a tank of nitrous to the trunk, install a front chin spoiler, and even adjust the rear axle to give the pony car a more sinister stance. 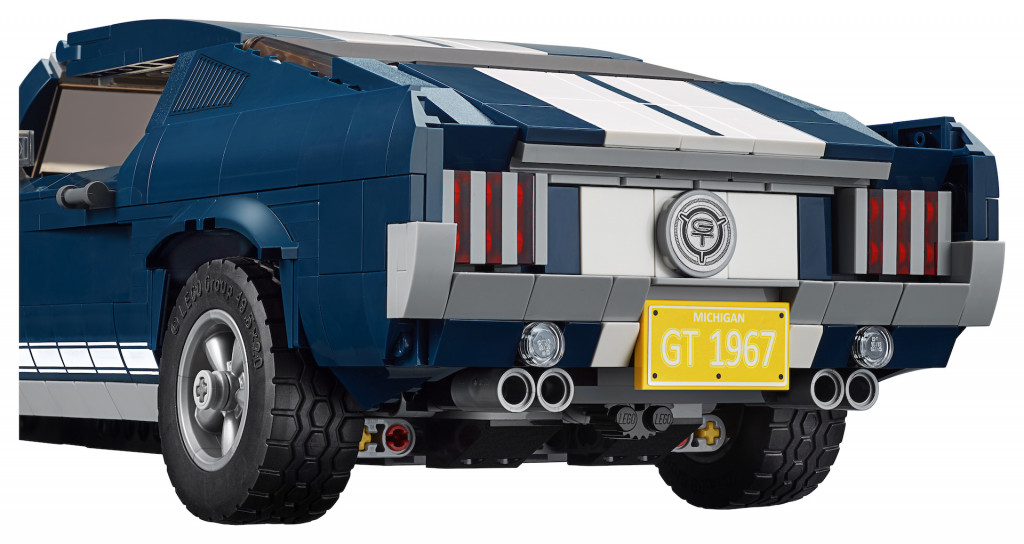 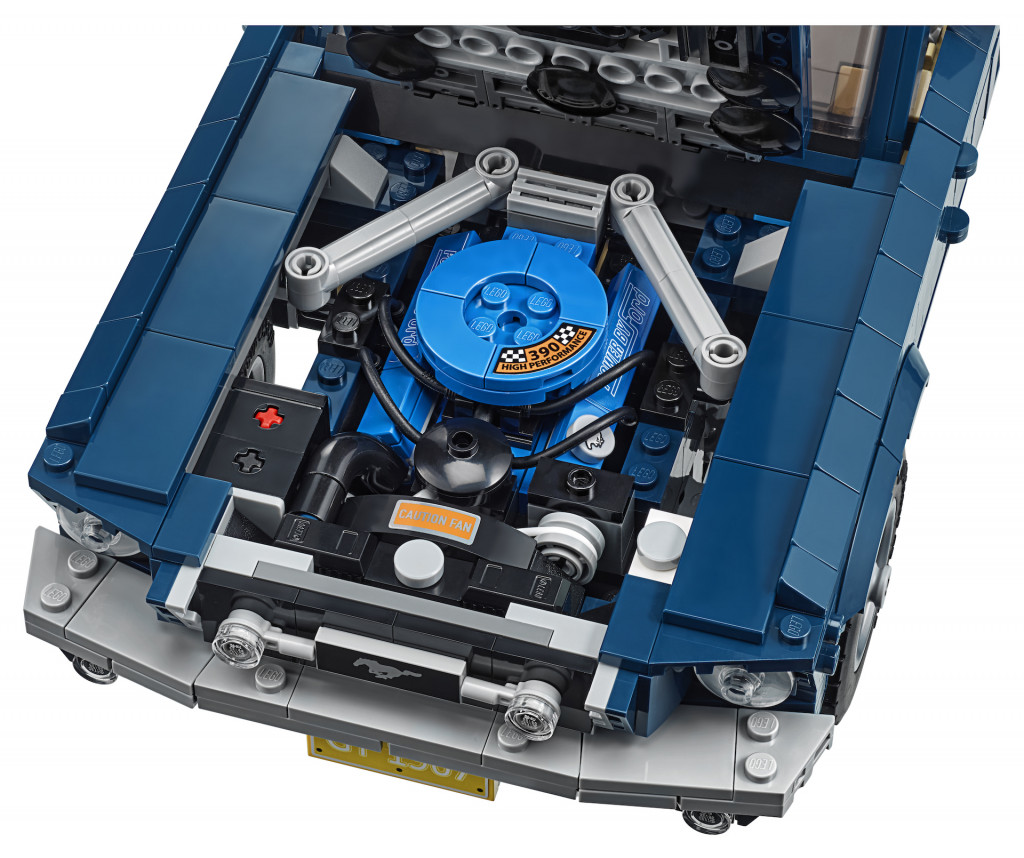 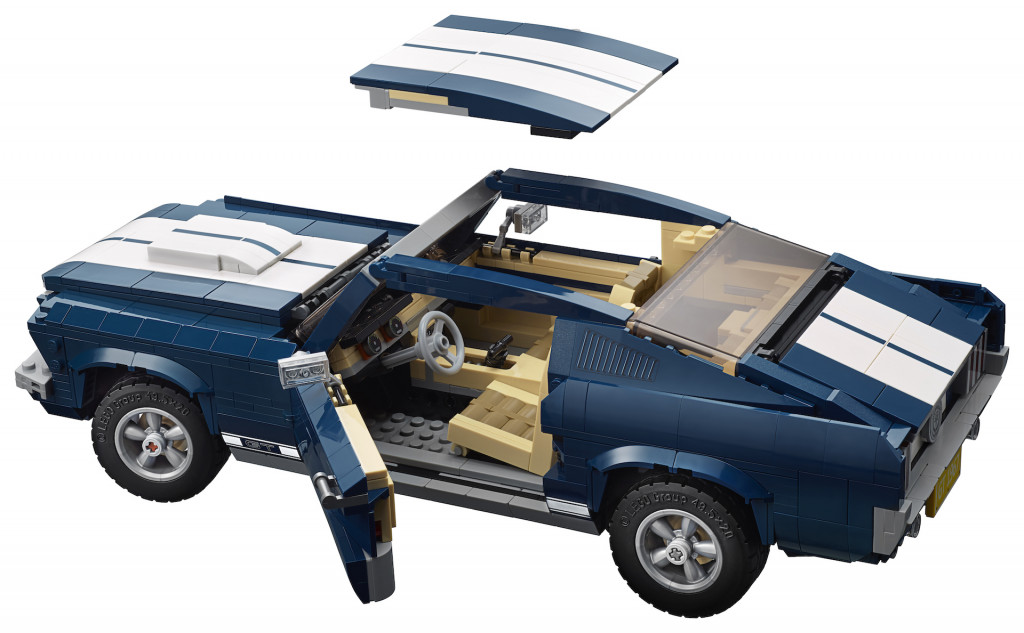 Lego said the build set is for advanced builders, which means this isn't a quick and easy assembly. Patience will be required to get the pony car in full working order.

When complete, a few license plate designs are available for further customization. The final touches include a printed Mustang badge for the front grille and two GT graphics that run along the sides of the Lego creation.  When totally assembled, the Lego kit portrays the Mustang very well in a 3x13x5 scale model.

Like the best Lego kits, this one isn't cheap. The Lego-ized Mustang GT goes on sale March 1 and will cost $149.99.  Yet, it's a small price to pay for a wonderful kit that will provide hours of time for the builder to zone out and take in every component of the Mustang.