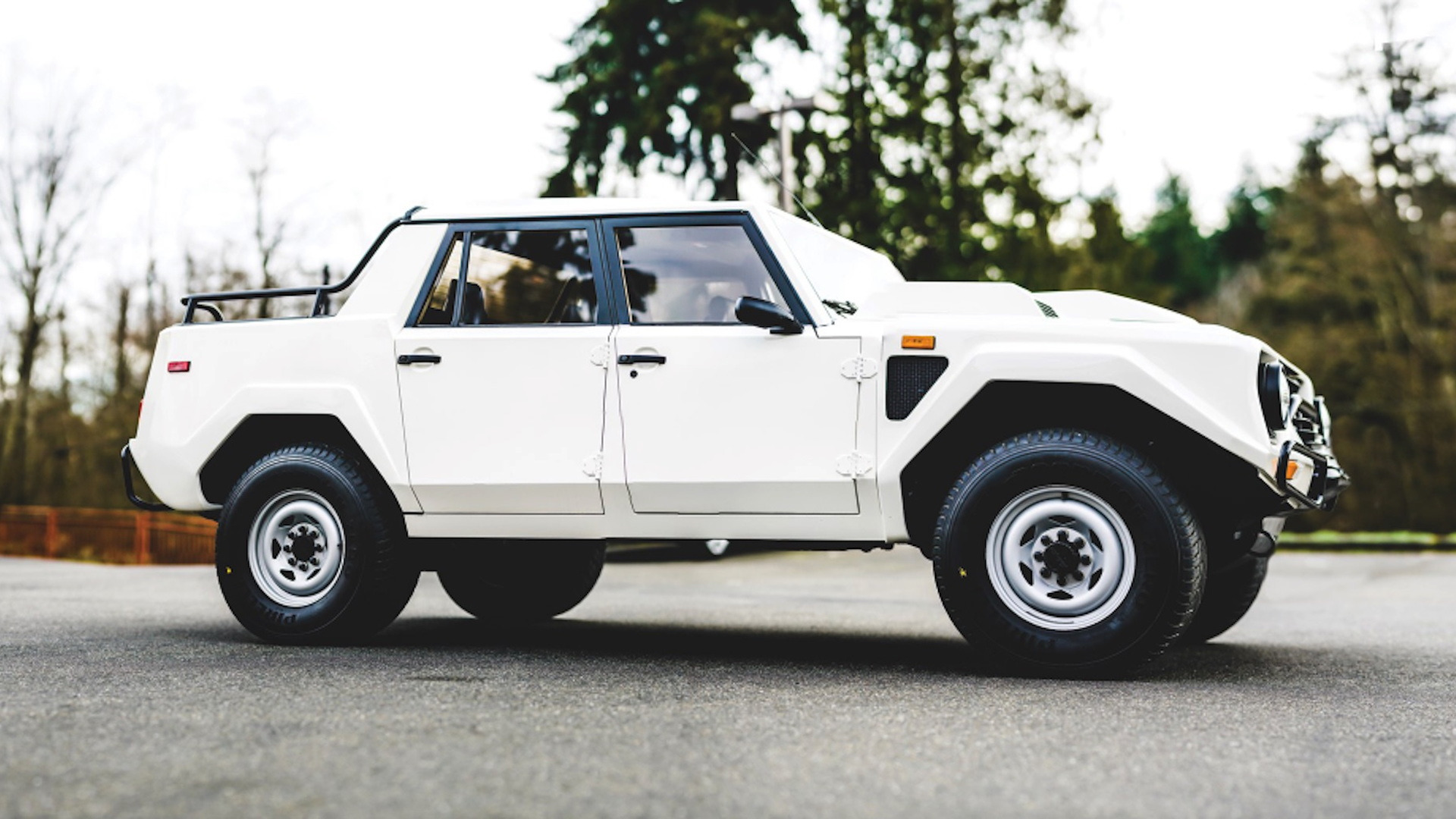 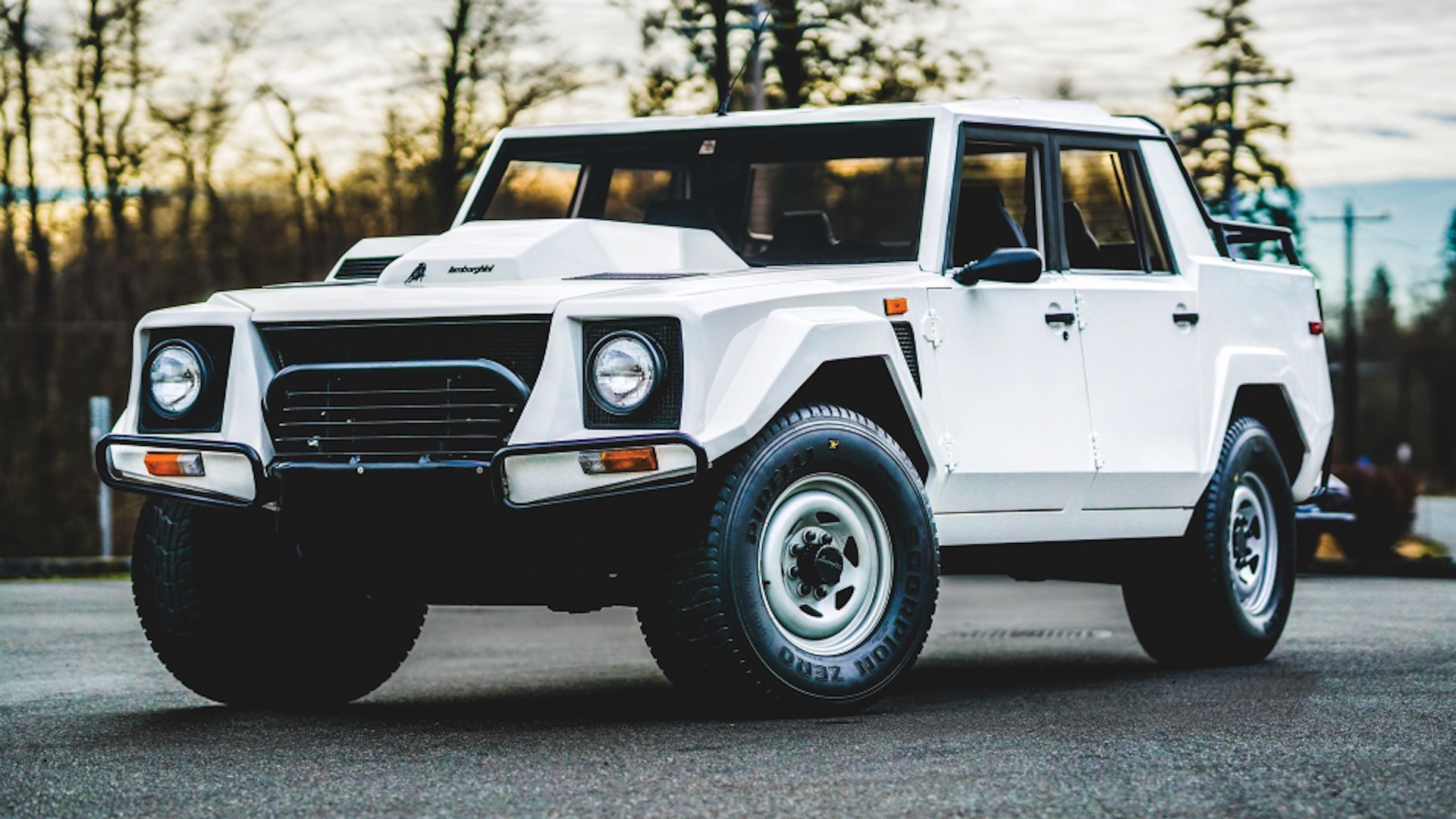 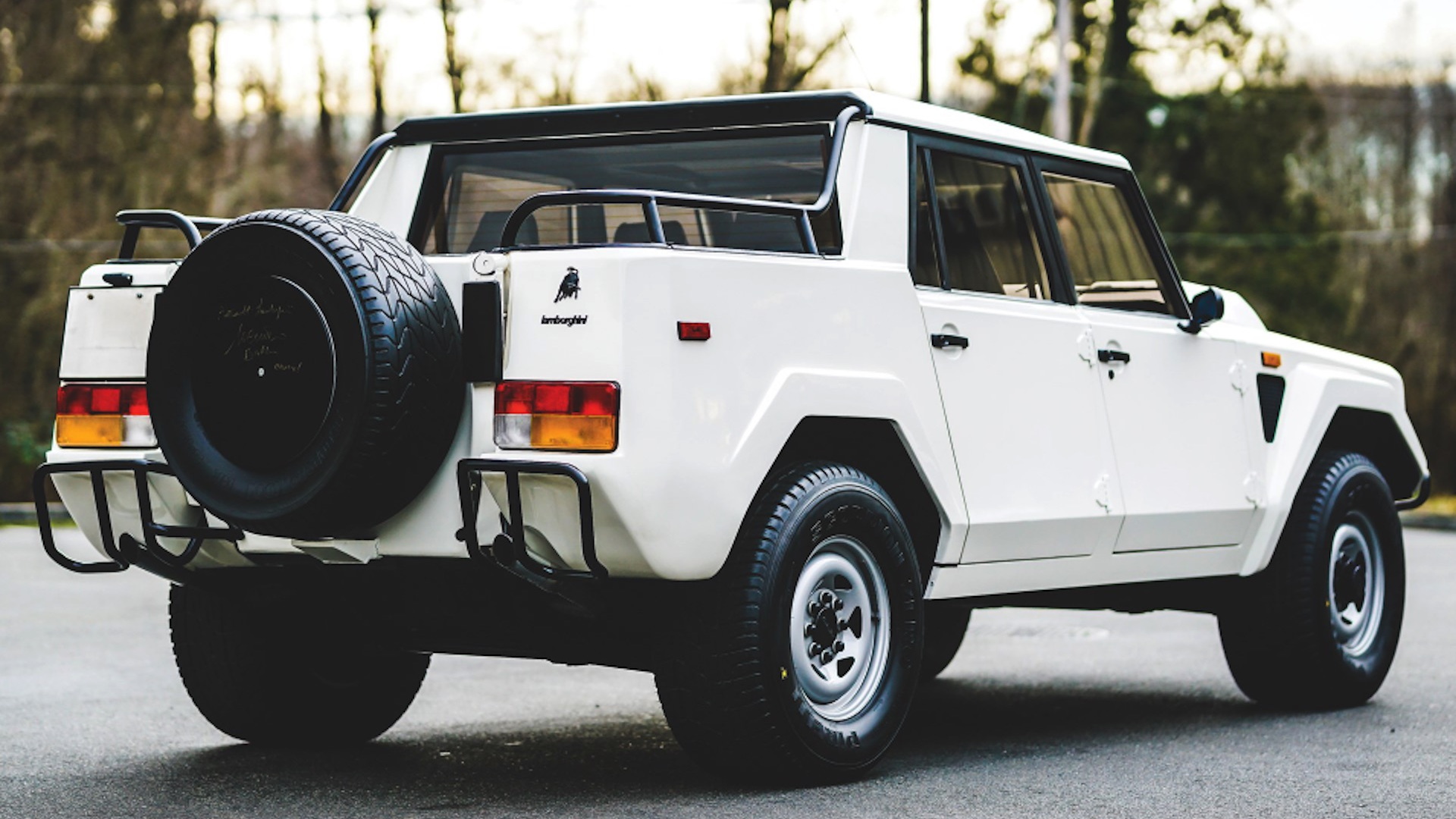 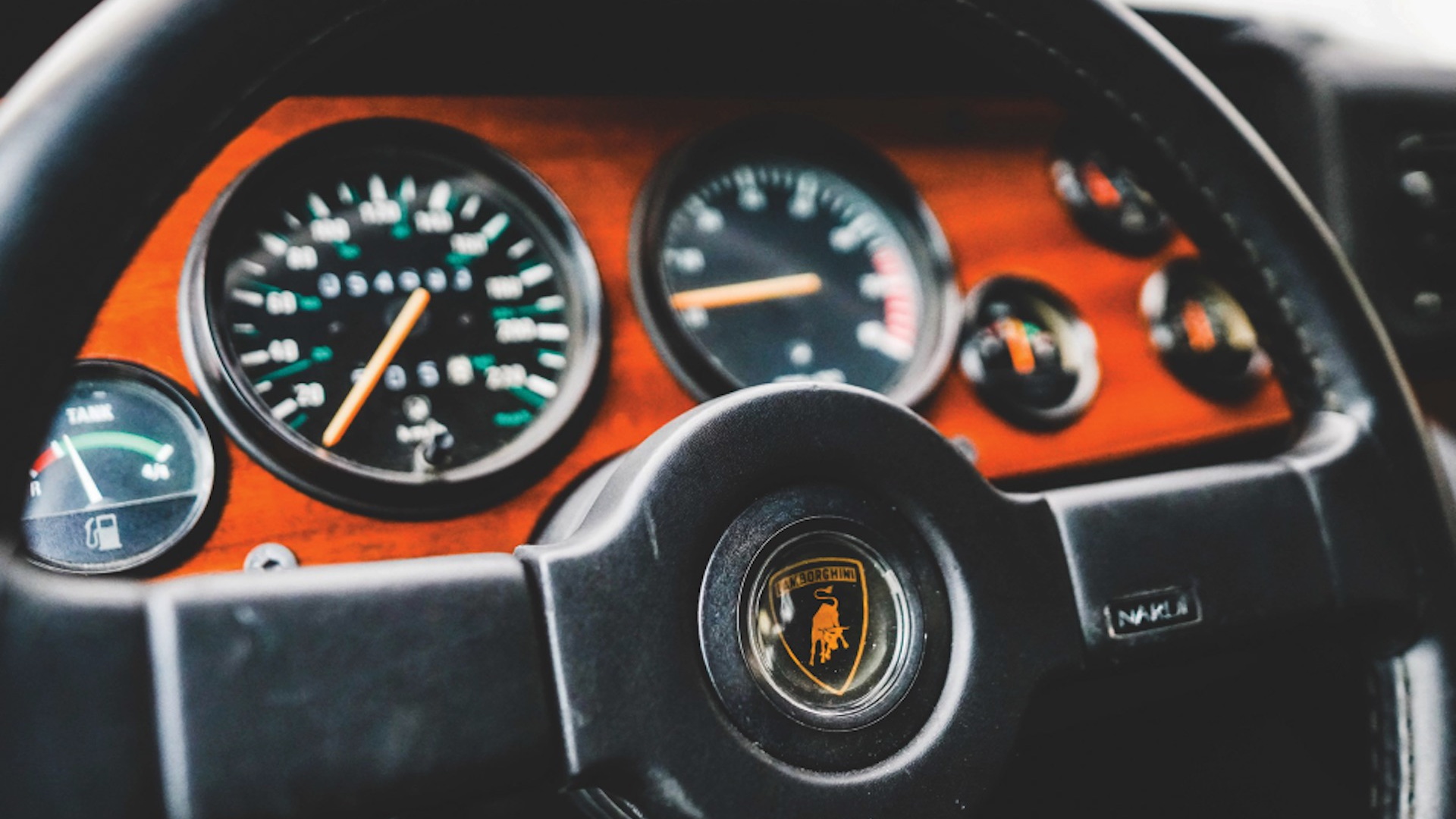 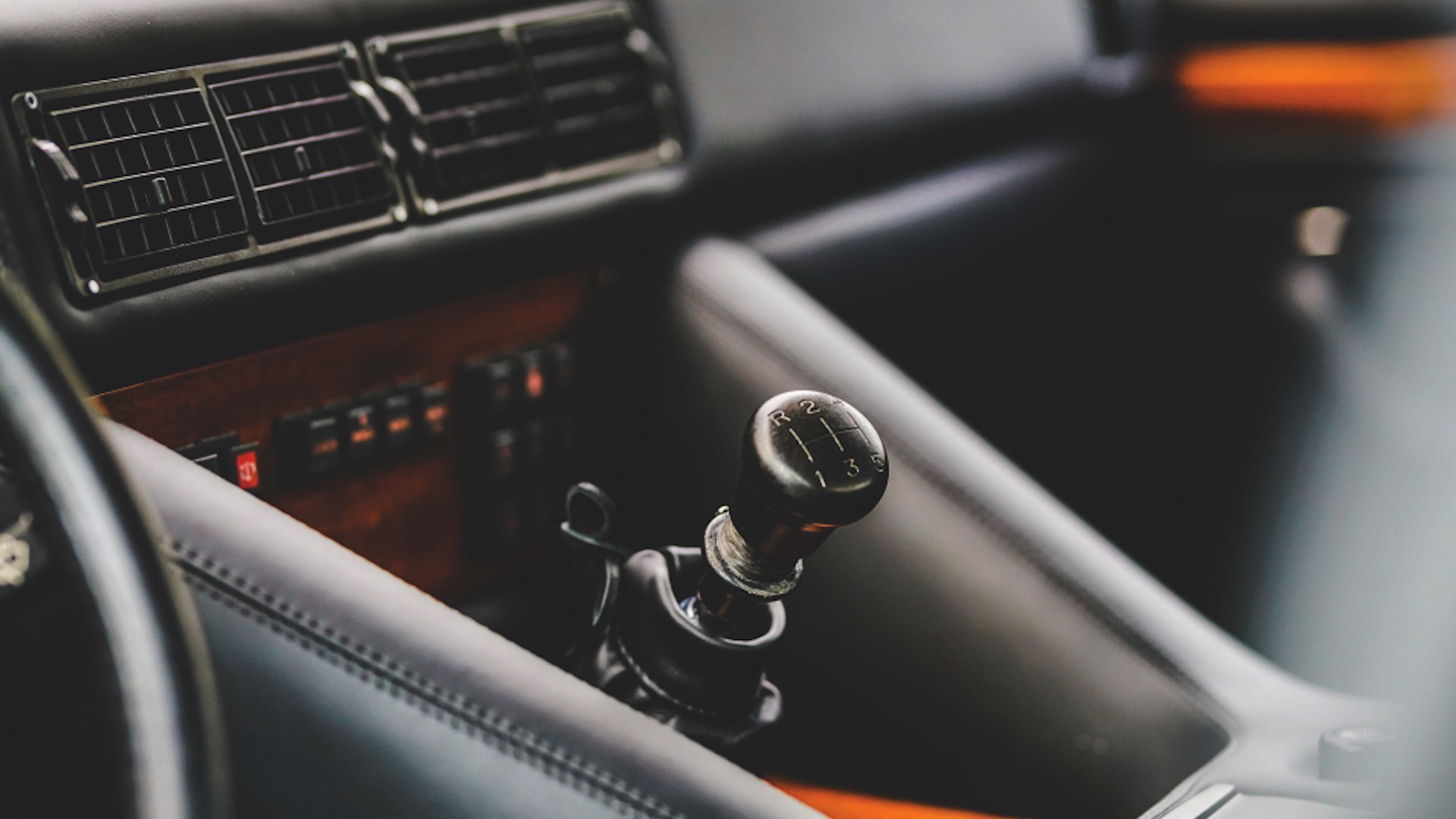 The Lamborghini Urus isn't the first SUV from the Italian firm. That distinction goes to the Lamborghini LM002, a rough-and-tough SUV with Countach-like performance and a go-anywhere attitude. For anyone who needs such a vehicle in their life, one is heading to auction.

RM Sotheby's consigned this 1988 Lamborghini LM002 for its Amelia Island (Florida) auction and it shows 33,000 miles on the odometer. This is an early model with a carbureted V-12 under its angular hood. As cool as that is, it makes the LM002 a thirsty thing. The less-than-impressive 8 mpg is somewhat mitigated by a whopping 76-gallon fuel tank. Then again, no one buys this vehicle for fuel economy.

They buy it for the wild looks, the go-anywhere capability, and the V-12 that delivers a 0-60 mph time of 7.7 seconds. That's remarkable considering the LM002 is a porky thing that weighs 5,720 pounds. The four-wheel-drive system ensures drivers can blaze a trail wherever they see fit.

This particular model was imported to the U.S. in 1988 and is one of 328 ever made. Although restoration work has been done, it still retains its factory white color over a black leather interior. Anyone familiar with the Countach's cabin will feel right at home inside the LM002. The SUV has also undergone a mechanical overhaul that cost $45,000. The work included rebuilds of the transmission and carburetors and a new exhaust, among many other things. It also rides on Pirelli Scorpion tires that are rather new but difficult to find. The original tires are included with the sale.

Not only is this LM002 special because it's rather rare, Lamborghini brought this exact SUV to the reveal of the Urus at the 2018 North American International Auto Show. The firm's test driver, Valentino Balboni, has also driven the SUV and signed it, a mark of his approval.