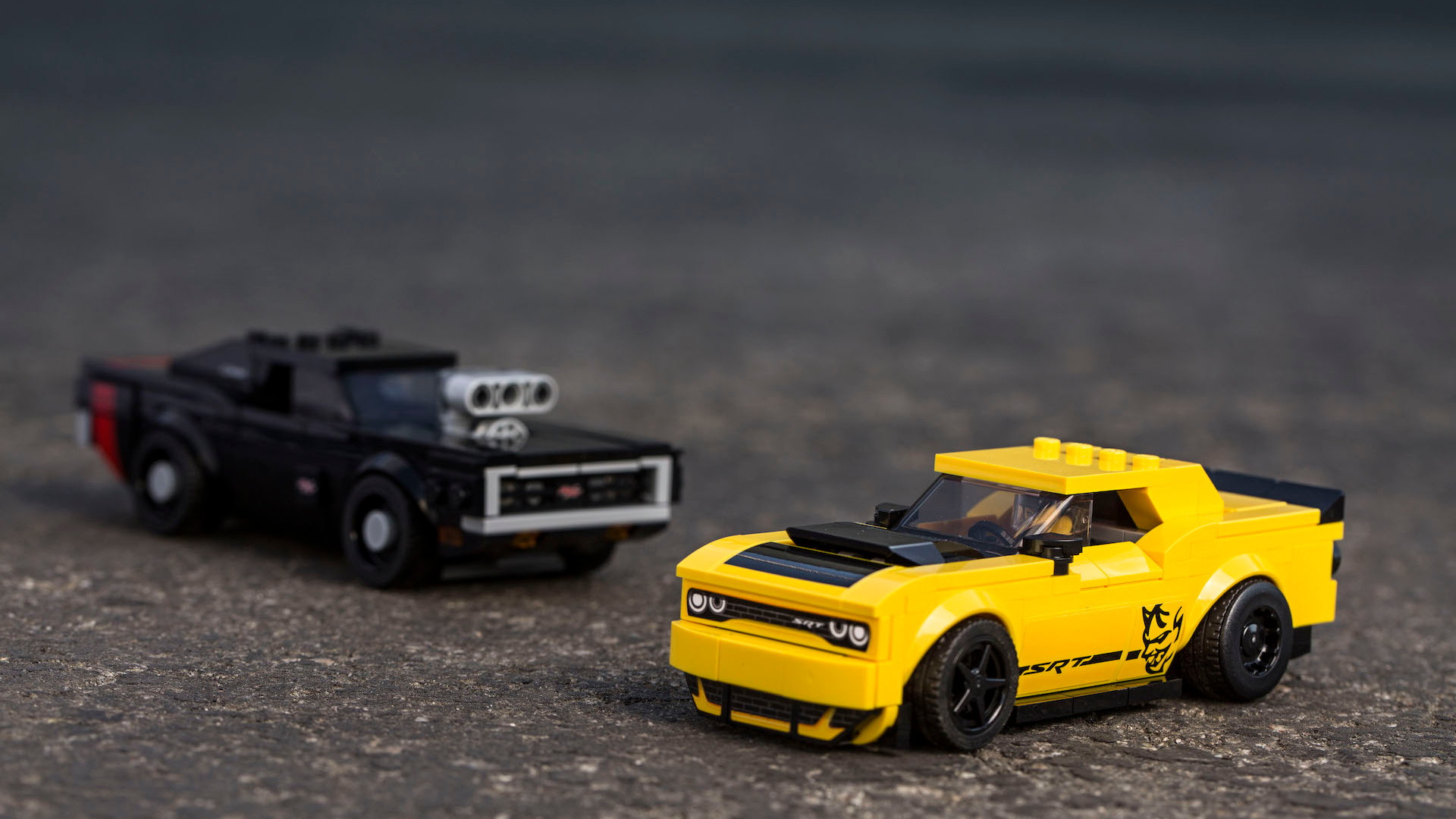 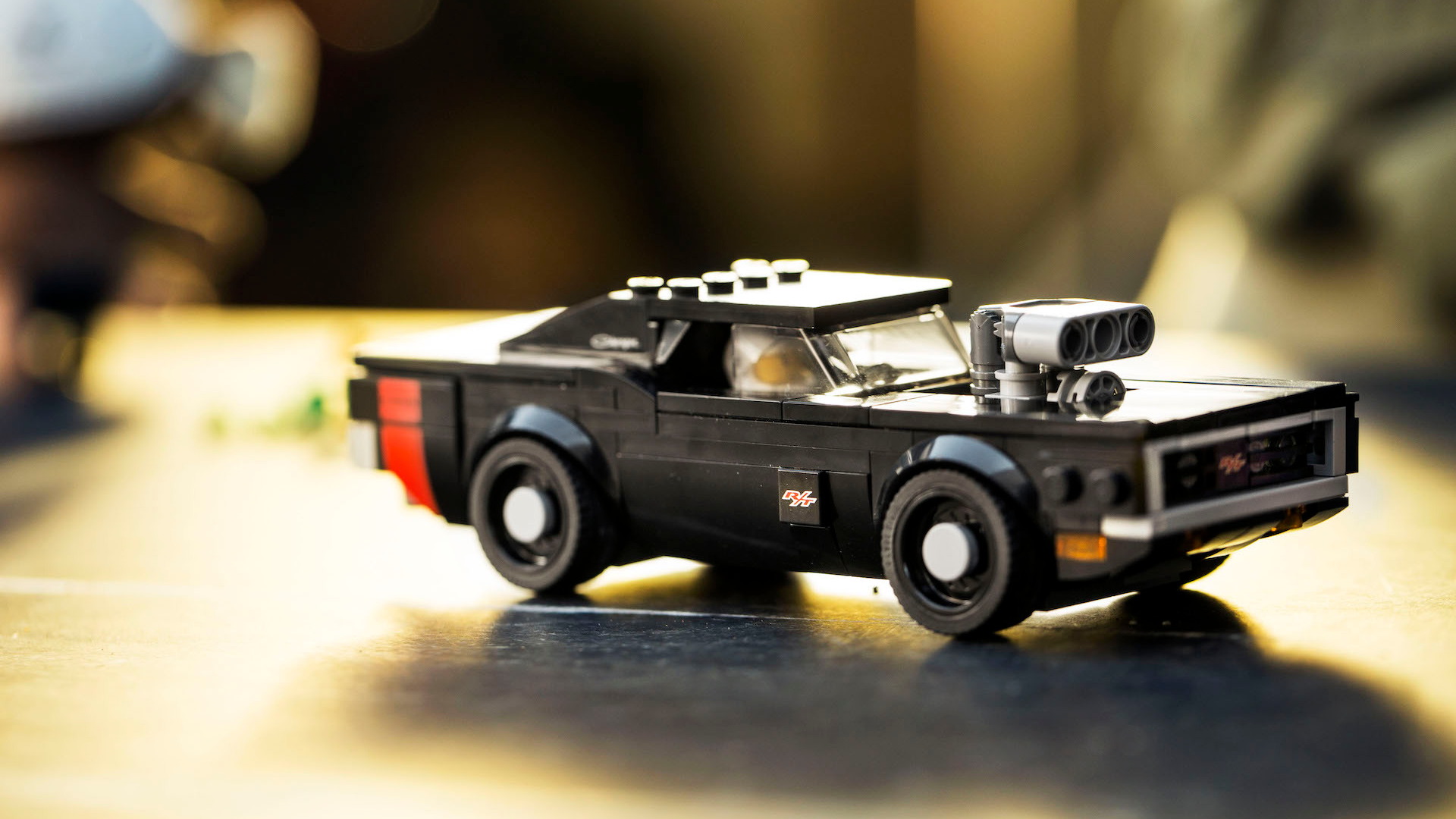 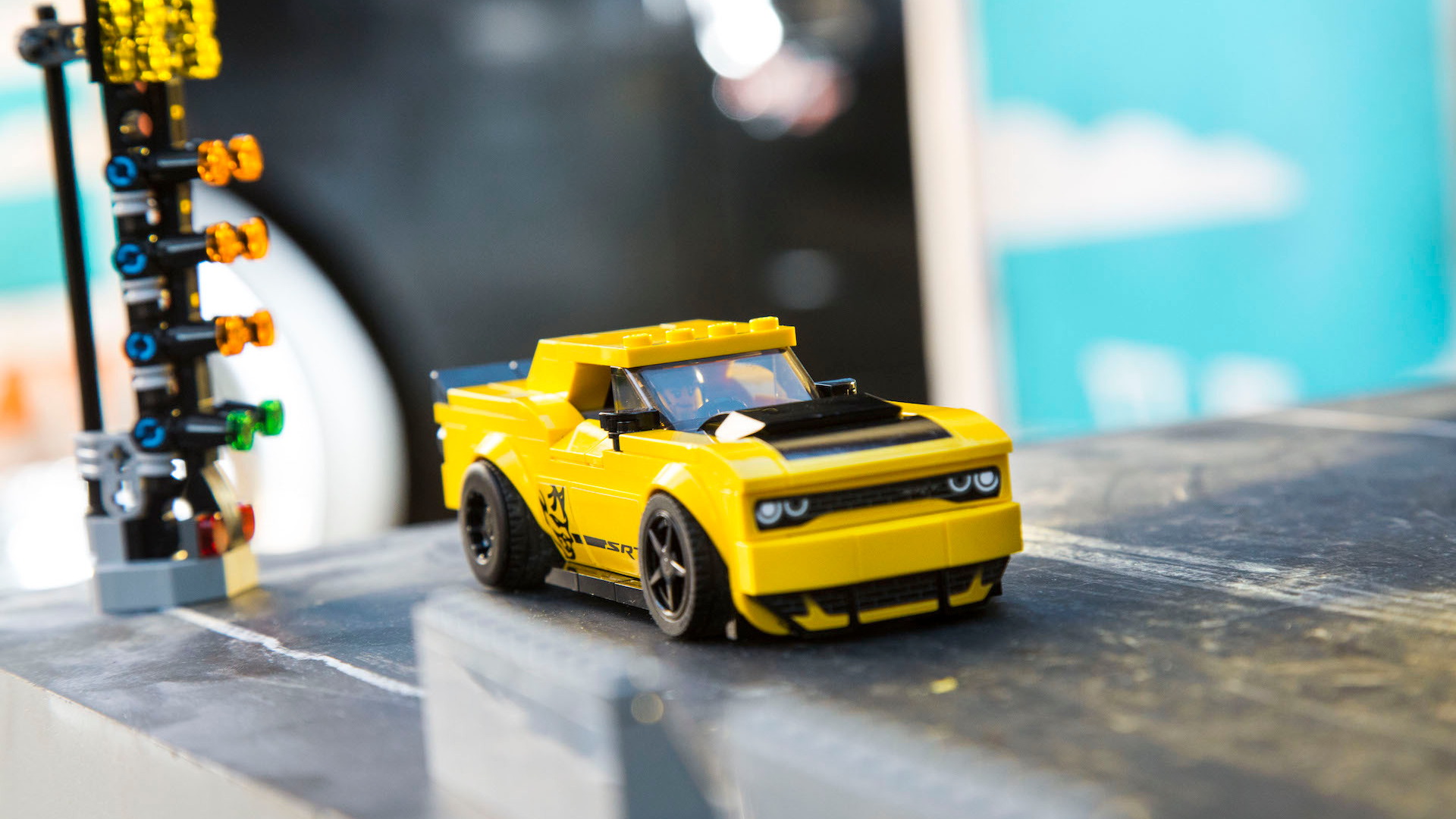 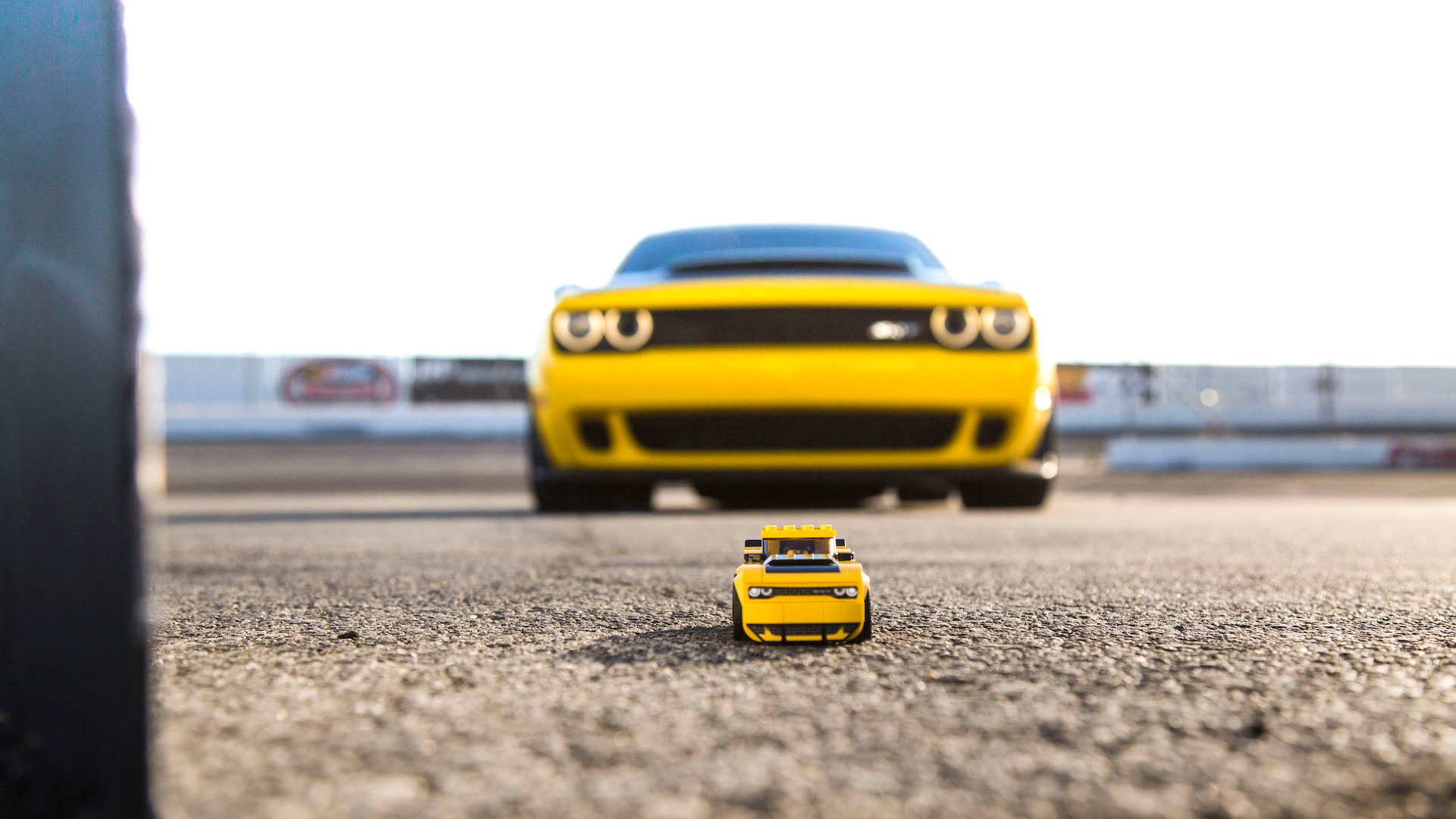 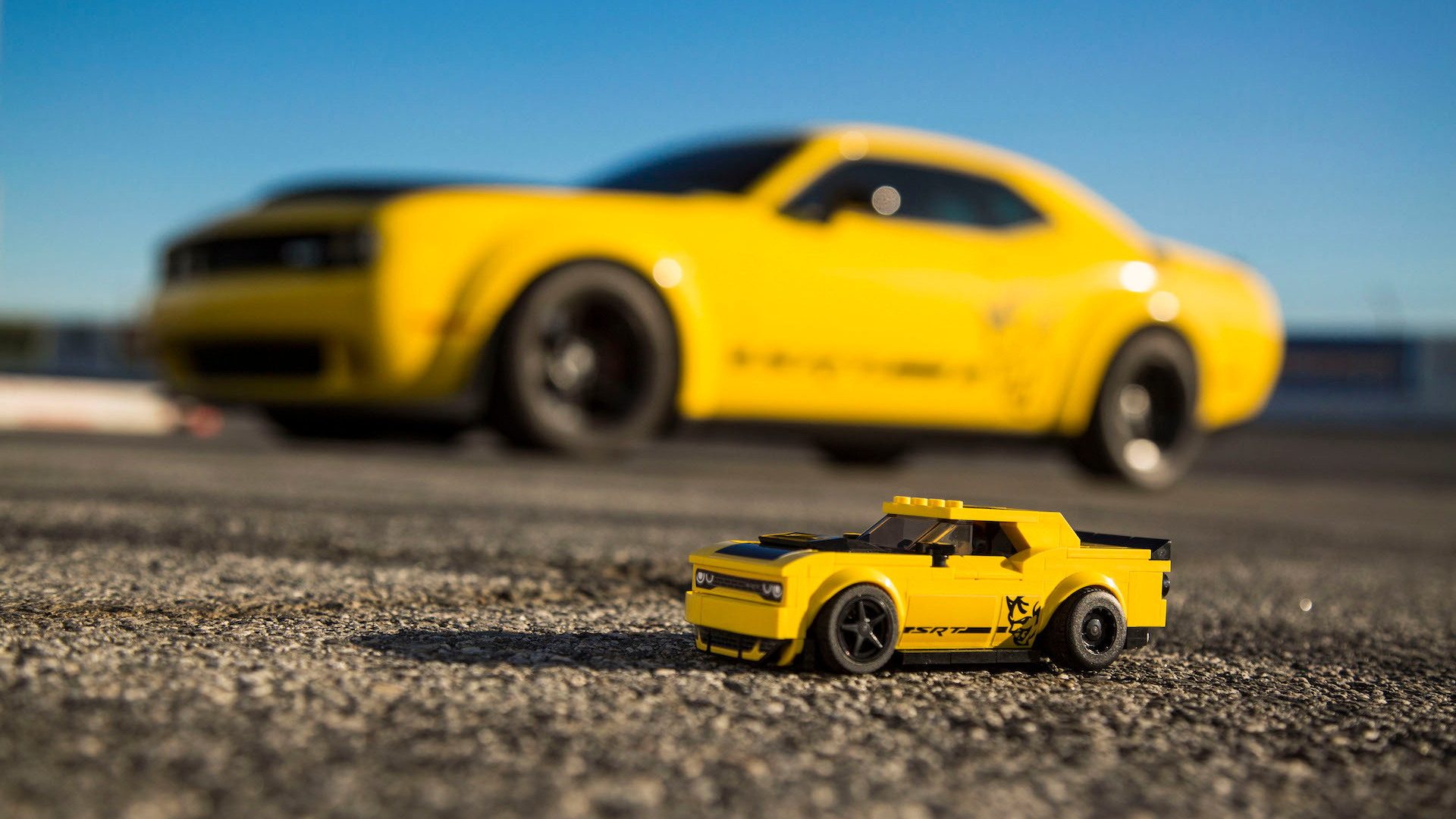 Dodge and Lego have joined forces to turn the Challenger nameplate into buildable toys for all ages. On Wednesday, both companies debuted the Speed Champions set, which includes a Lego version of the 2018 Dodge Challenger SRT Demon and the 1970 Dodge Charger R/T.

The latest batch of cars-turned-Legos also kicks off with a Dodge ad that features NHRA drag racing champion Leah Pritchett. In the video, we watch as a real-life Challenger SRT Demon quickly morphs into its Lego alter-ego. Unlike some other recent Lego car releases, the Dodge Speed Champions build set cars are small and hardly complex. But, they still capture the essence of both the 2018 Challenger SRT Demon and the 1970 Challenger R/T quite well.

The set comes with the build pieces needed for both cars and three Lego minifigures, including two drivers and a race marshal. Builders who tackle the Challenger Demon will find a removable windshield, two sets of wheels with rubber tires, decals, and a dual exhaust system. The 1970 Challenger comes with the same removable elements and rubber tires, but also has a removable supercharger and alternator cover. Decorative stickers finish off the Lego re-creation.

Builders snap together all 478 pieces then let their imaginations do the rest.

Fans will need to move quickly, though. A limited number of kits are for sale via Dodge's official website. The kit costs $39.95 before tax and shipping and should complement the recently released Chevrolet Corvette ZR1 Lego Technic kit quite well.