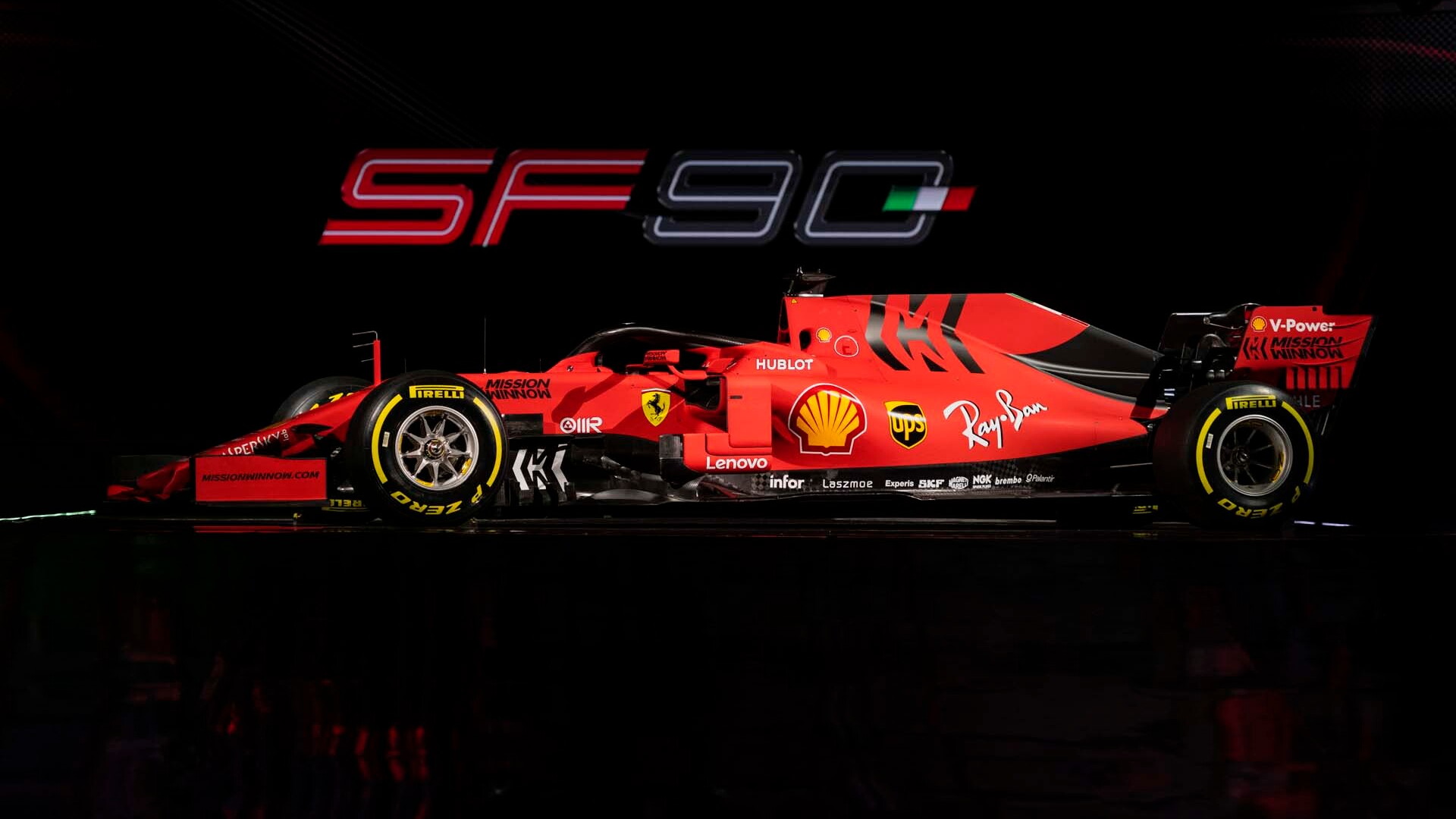 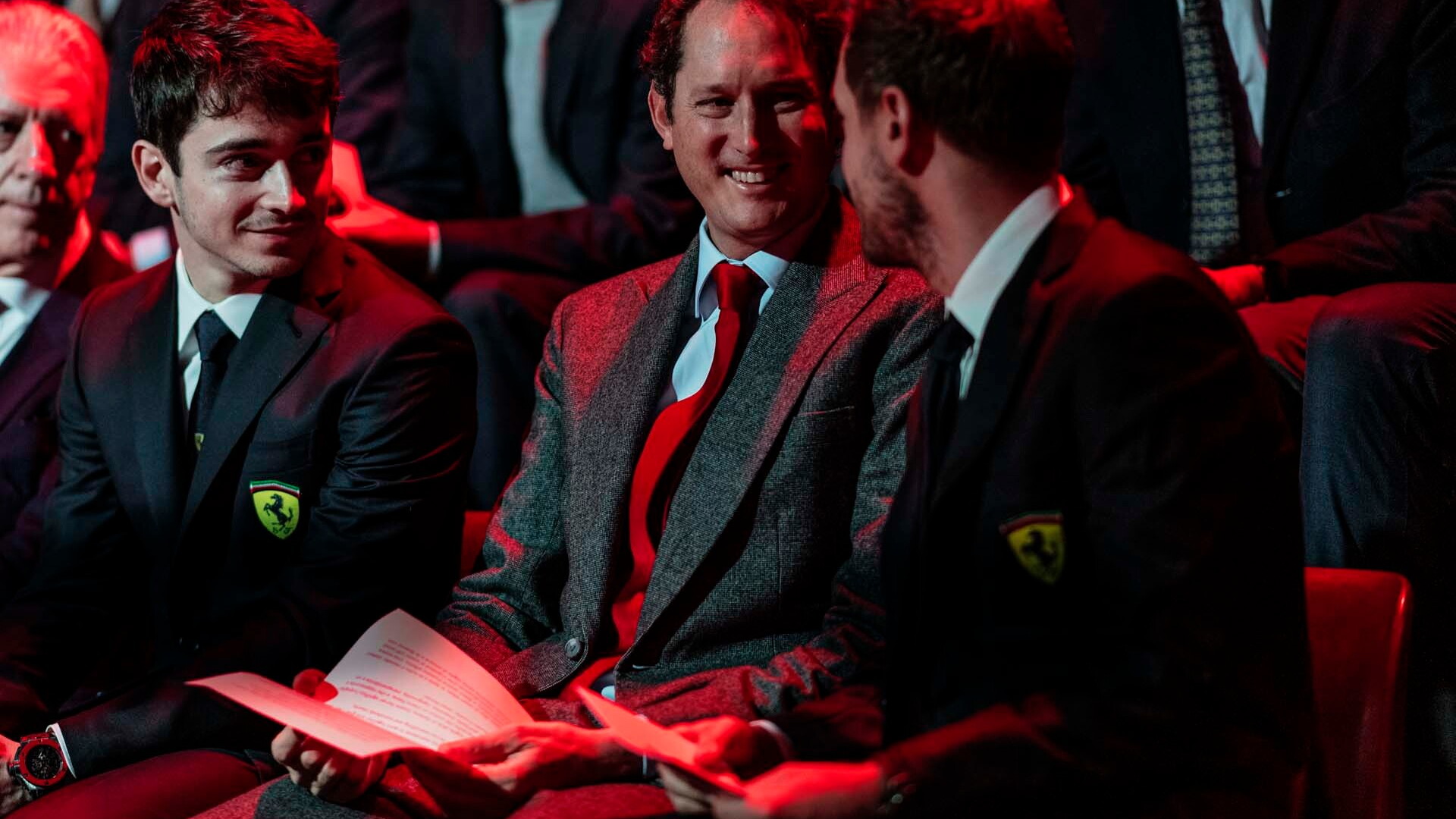 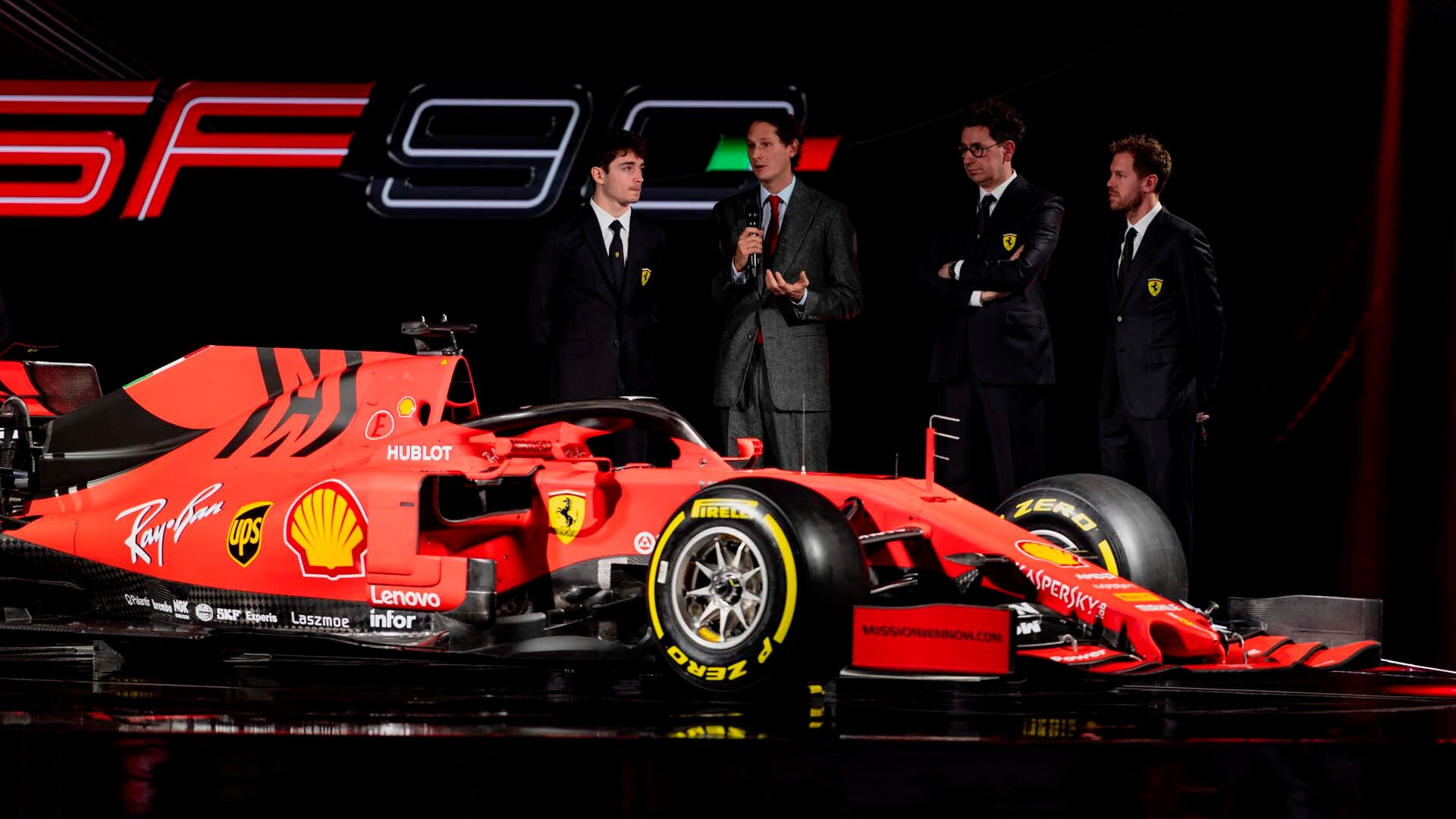 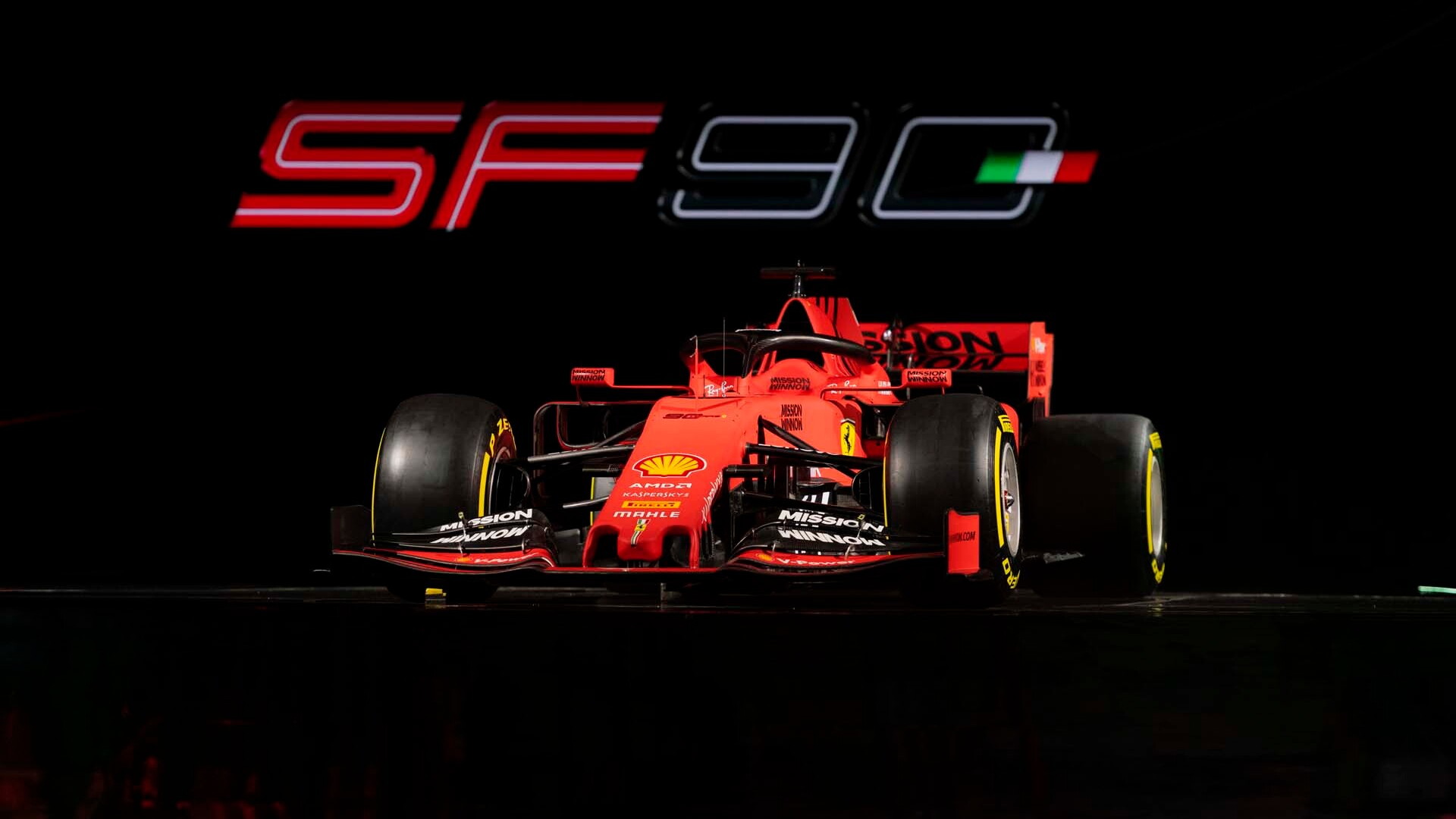 With its last championship-winning driver now behind the wheel of an Alfa Romeo, Ferrari on Friday revealed the SF90 Formula One racer that it'll use to challenge Mercedes-AMG's dominance in the hybrid era.

The newest red racer from Maranello sports a matte paint job, smaller barge boards along the sides, and a simpler wing. The intake behind the driver is taller and more narrow this year, and the SF90 sports a small T-wing near the exhausts, presumably to draw more air into the rear wing which is taller and wider this year compared to last year's SF71 racer.

Four-time driver's champion Sebastian Vettel returns to Ferrari this year after finishing second in the driver's standings last year. Vettel's 2018 campaign started off with early promise to challenge Lewis Hamilton and Mercedes-AMG, but waned in the second half of the season because of unreliability, and team and driver errors.

Since arriving to Ferrari from Red Bull in 2015, Vettel has struggled to seriously challenge Mercedes-AMG, which has produced five consecutive world champions. Last year's 88-point margin to Hamilton was the largest gap since Vettel began driving for Ferrari. Vettel is contracted to drive for Ferrari through next season, although both sides could potentially separate after this year.

Kimi Raikkonnen, who finished third in the driver's championship in 2018 and was Ferrari's last champion driver in 2009, swapped seats this year with Ferrari-newcomer Charles Leclerc, who drove for Sauber-Alfa Romeo last year. Leclerc's arrival at Ferrari may pose an existential threat; Leclerc drove an underwhelming Sauber-Alfa Romeo to five top-10 finishes last year and is a rising star in F1. Additionally, toward the end of last season, Raikkonnen appeared to be the stronger contender to Hamilton as grid penalties and poor qualifying sunk Vettel's chances further.

For the third time in five years, Ferrari will start an F1 season with a new team principal. Mattia Binotto replaced outgoing boss Maurizio Arrivabene, who was criticized last year for failing to capitalize at tracks that favored Ferrari. Binotto has been with Ferrari since 1995, most recently as technical director. Binotto and Arrivabene reportedly squared off several times during last year's campaign, and it was widely believed that Ferrari boss Sergio Marchionne had hand-picked Binotto to replace Arrivabene before Marchionne's death in July.

The Ferrari SF90 will race first at the F1 season opener in Melbourne, Australia, on March 17.