Porsche's "Top 5" series returns but this time it's all about one car: the 919 Hybrid Evo.

The race car adopted from the Le Mans-winning 919 Hybrid went on a global parade to claim lap records before both cars were escorted to their final homes inside the Porsche Museum in Zuffenhausen, Germany. During its final tour, the 919 Hybrid Evo obliterated the overall lap record on the Nürburgring-Nordschleife with a 5:19 time. The video above digs deeper into the track-splitting machine with five "epic" facts.

We kick things off with the suspension. With increased performance in the 919 Hybrid Evo, engineers added new wishbone suspension to maximize driver safety. The car is also stiffer and boasts an updated version of Porsche's pitch link suspension. 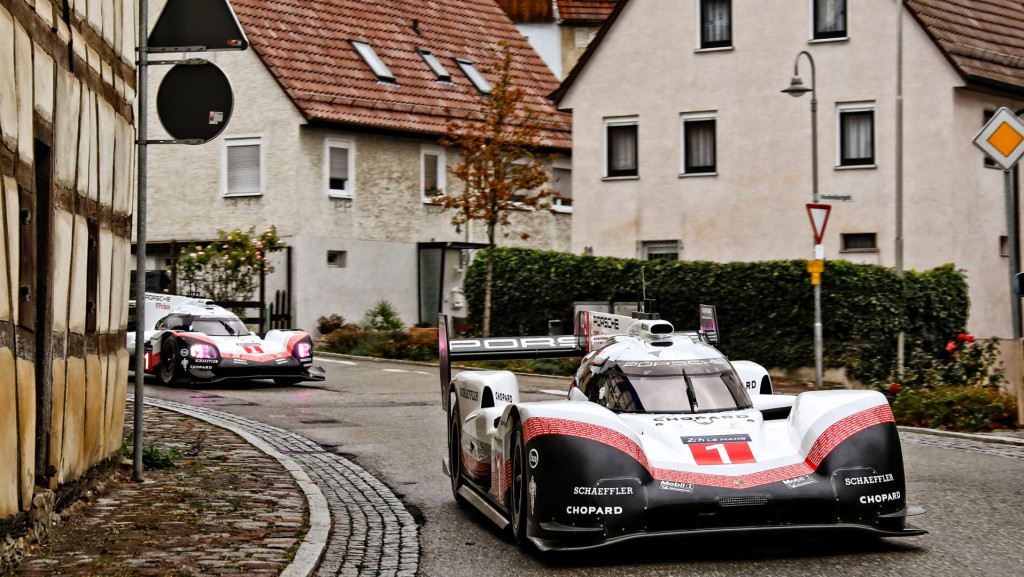 Next is an important part of any car: tires. Porsche developed the 919 Hybrid Evo's tires with Michelin to operate in optimal asphalt conditions on the Nordschleife and they were paramount to the car's success.

No. 3 on the list? Hydraulics. The technical challenge and time spent to sort out the hydraulics system played a huge part in the car's ability to clock record lap times. The drag reduction system is a key element in the rear and front.

A brake-by-wire system at all four wheels also helped create a torque vectoring system the car's drivers took advantage of.

The fourth element on the 919 Hybrid Evo is its aerodynamic prowess. The bodywork is different from the actual LMP1 car that raced at Le Mans and it helped improve aero with a longer overhang, lower skirts, and a higher rear diffuser. Of course, the massive rear wing also helps to create tremendous amounts of downforce.

We couldn't end the video without talking about the powertrain, which is No. 1 on the list. The 4-cylinder engine makes about 720 horsepower on its own and the hybrid powertrain adds 440 hp for a total output of 1,160 hp. Porsche was able to manage the power without FIA restrictions that kept the 919 Hybrid race car at 900 hp.

Take a deeper dive into the car in the video above.