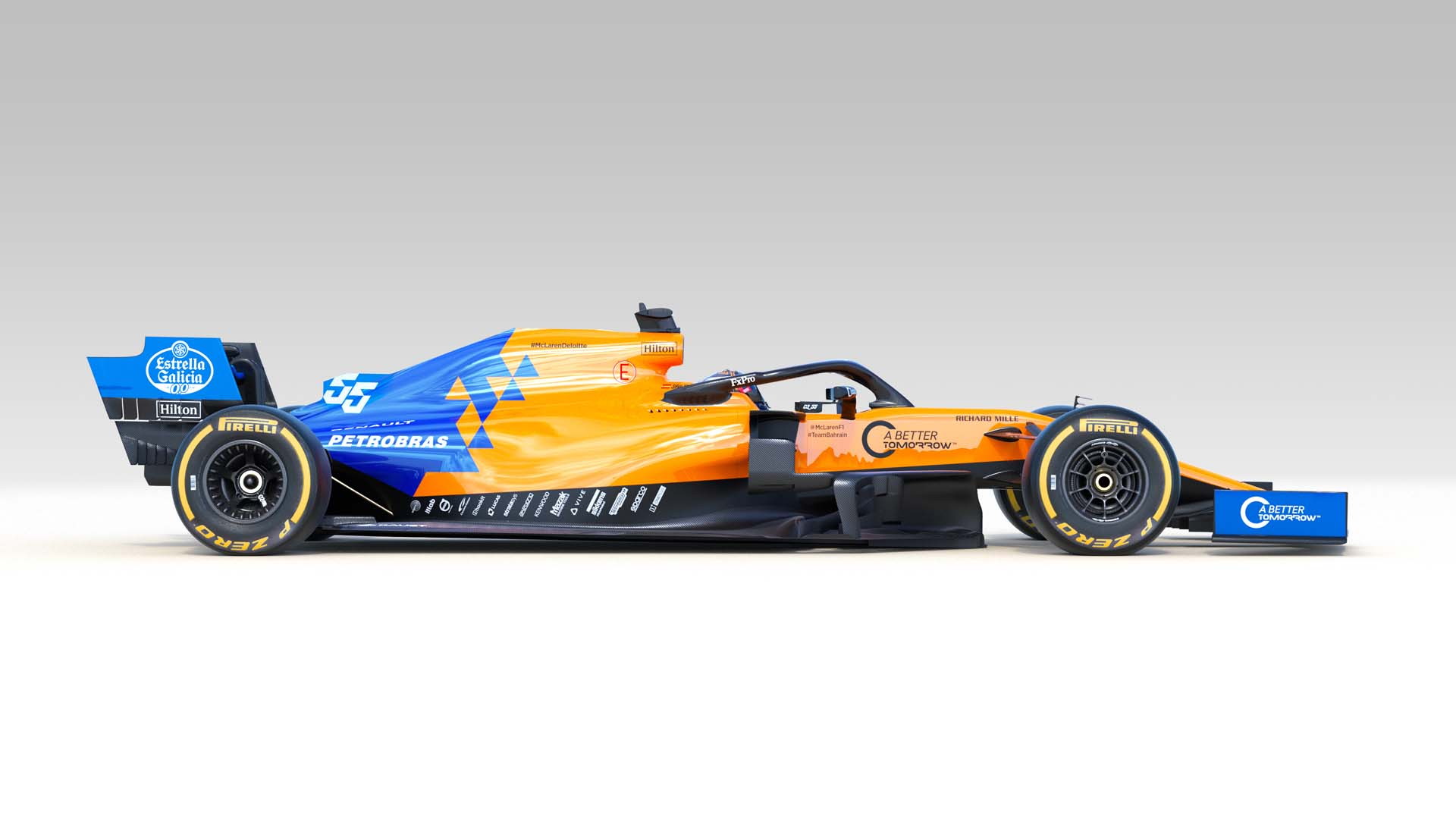 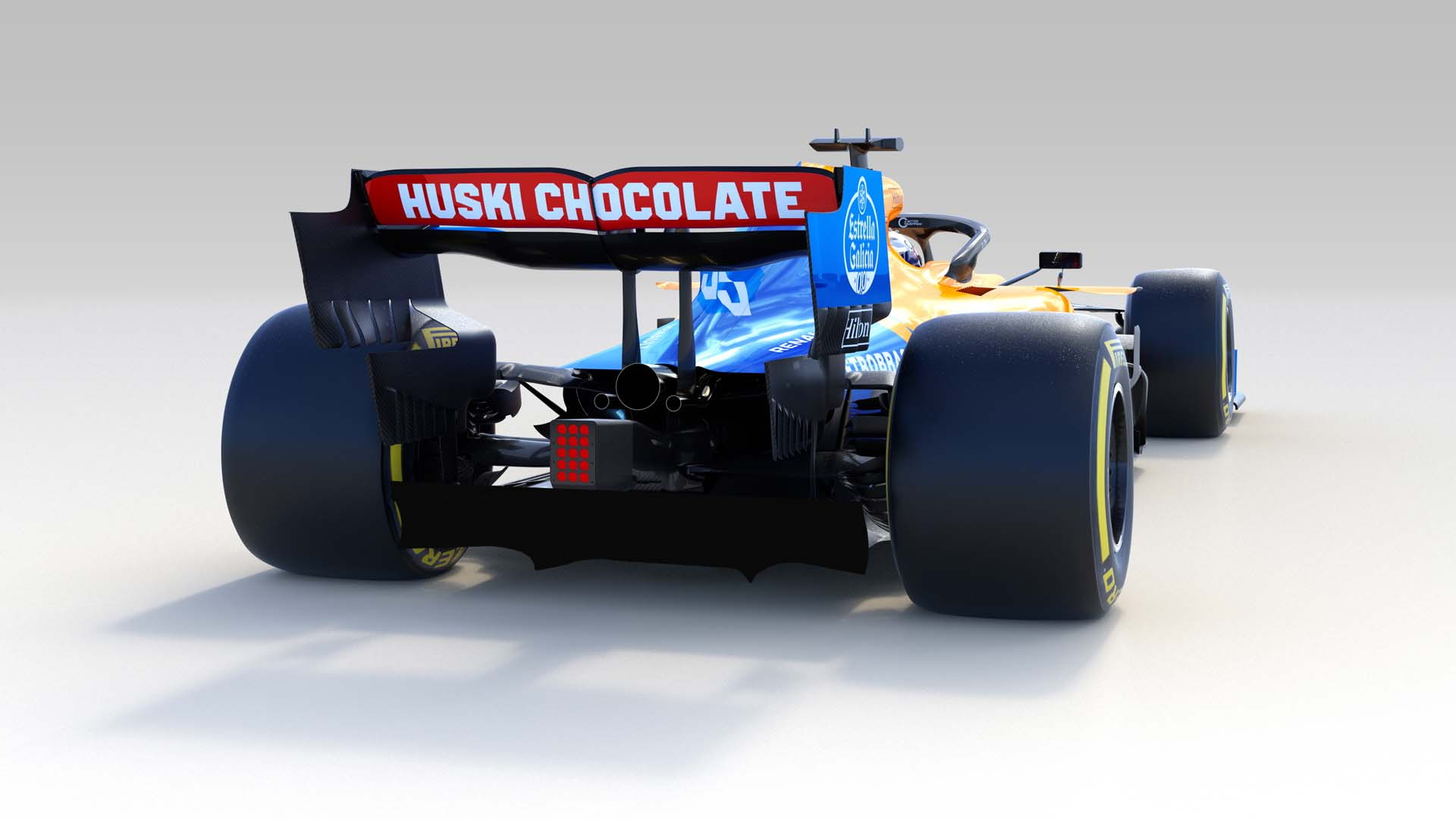 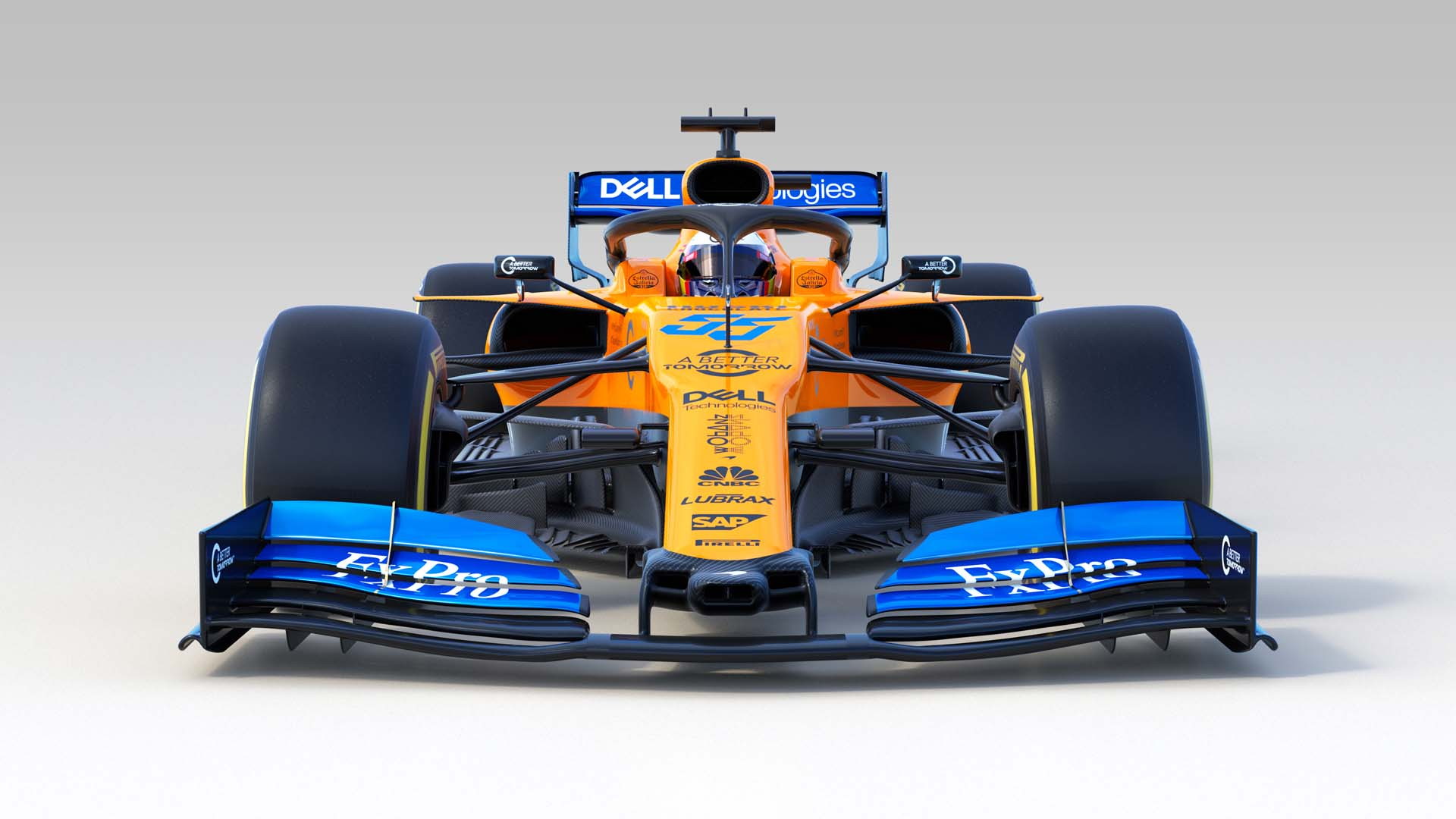 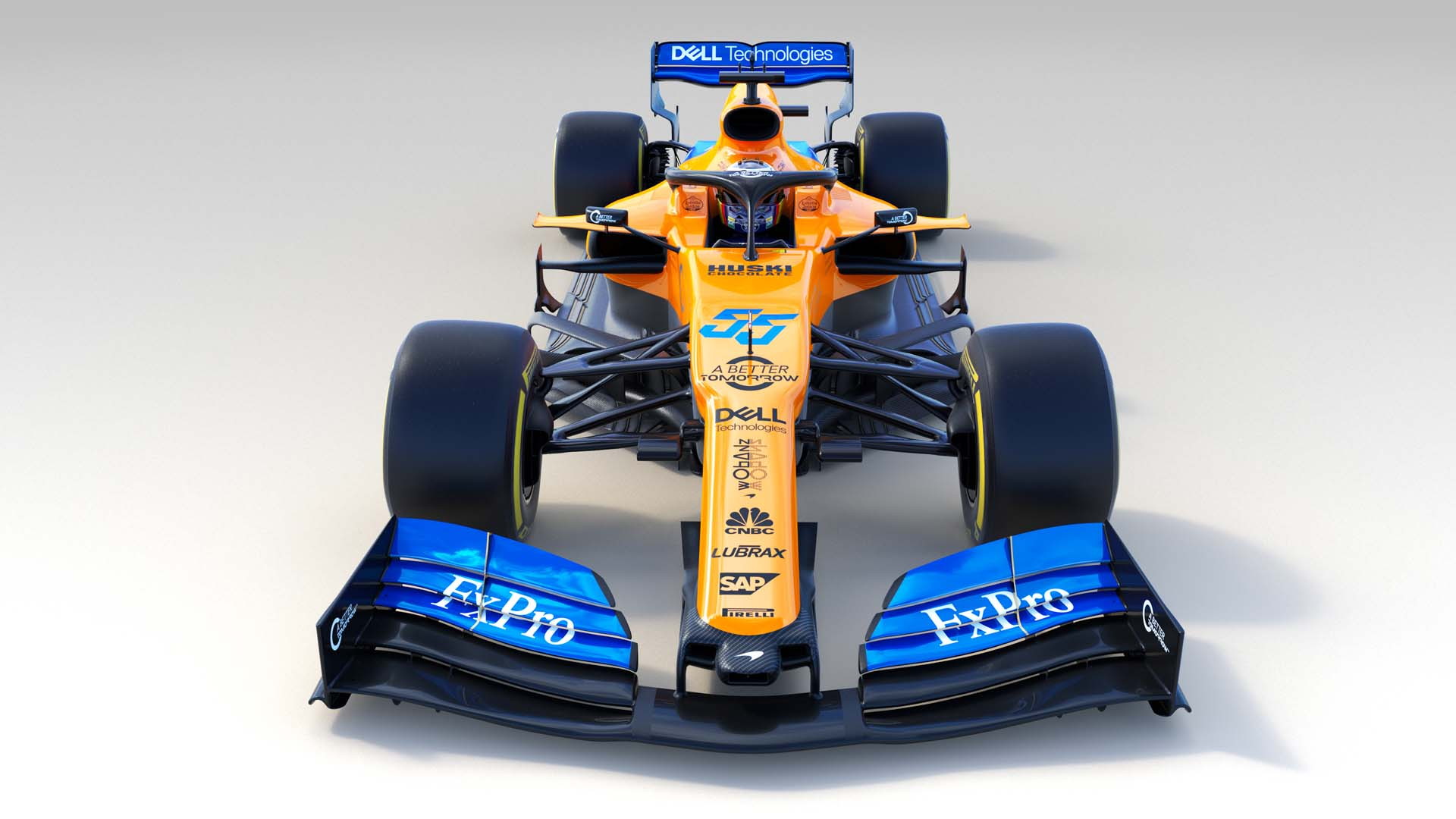 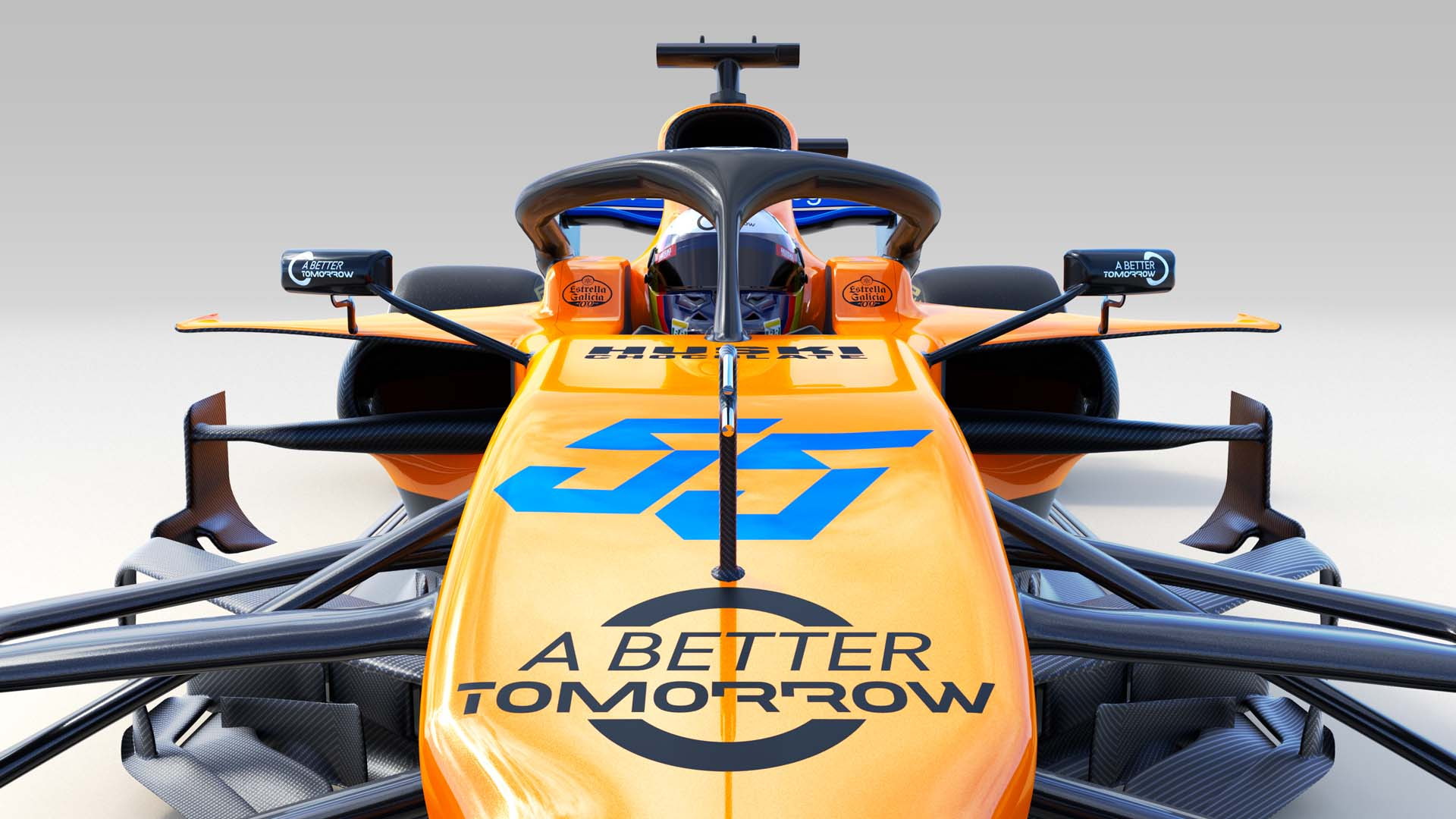 The new McLaren MCL34 isn't a dramatic departure from last year's car but reflects changes in the 2019 rules in its front wing and smaller barge boards along the sides. The orange color for McLaren carries over from last year, but this year's car sports blue front and rear wings as a small tip to Gulf McLaren cars from the 1970s.

Drivers Carlos Sainz and Lando Norris, both new to the McLaren team, will pilot the McLaren MCL34.

Norris, who was a reserve driver for McLaren last year, drove in limited testing sessions during last year's F1 season, but didn't appear in a grand prix. Norris was runner-up in last year's feeder F2 season as a Carlin driver and will be the youngest driver on the F1 grid this year at 19 years old..

Sainz is no stranger to F1 but is new to McLaren. The former Renault and Toro Rosso driver made the move last season to McLaren after Daniel Ricciardo's surprising switch to Renault. In four seasons, Sainz hasn't appeared on the podium in any race, and his best finish was fourth in the 2017 Singapore Grand Prix. McLaren's best finish in the last five years was a 2-3 podium for Kevin Magnusson and Jenson Button at the 2014 season opener in Australia. Since then, the constructor has struggled to finish among the front-runners.

Sainz has a key advantage this year compared to his rivals and teammates: this will be his fourth season driving a car with a Renault engine behind him. Last year, McLaren switched from Honda to Renault powertrains for better reliability, and this year's engine aims to improve on that.

McLaren drivers from last year, Fernando Alonso and Stoffel Vandoorne, left F1 for good this year. Alonso will race in various series, including IndyCar and the World Endurance Championship; Vandoorne has moved to Formula E.

Off-season signings to its management team may also be cause for optimism for McLaren. Andreas Seidl joined McLaren from Porsche, where he helped the team take three WEC titles and three wins at Le Mans. James Key also joined the team as managing director after long-time boss Eric Boullier resigned last year.

The McLaren MCL34 will race in the F1 season opener in Melbourne, Australia on March 17.