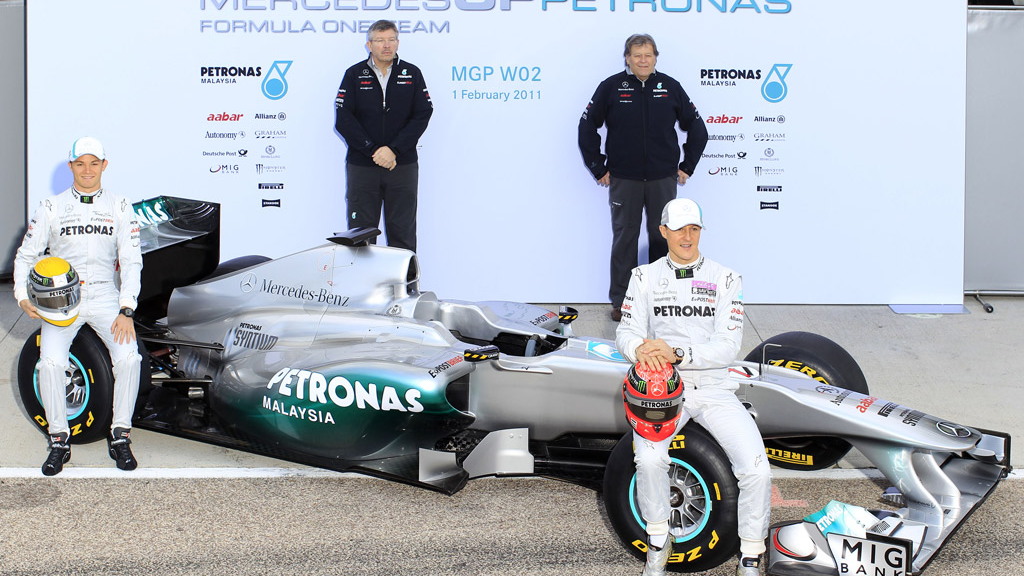 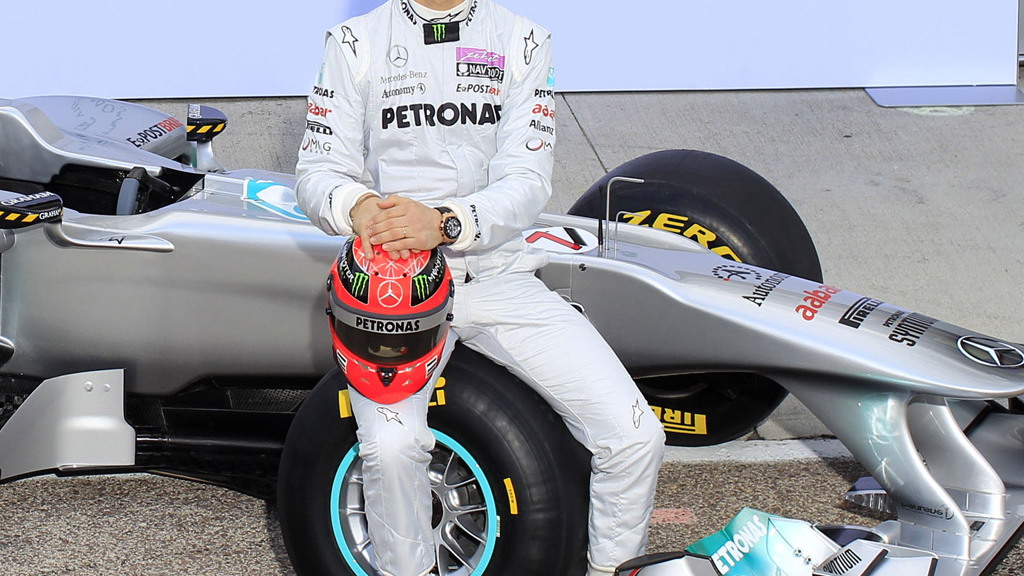 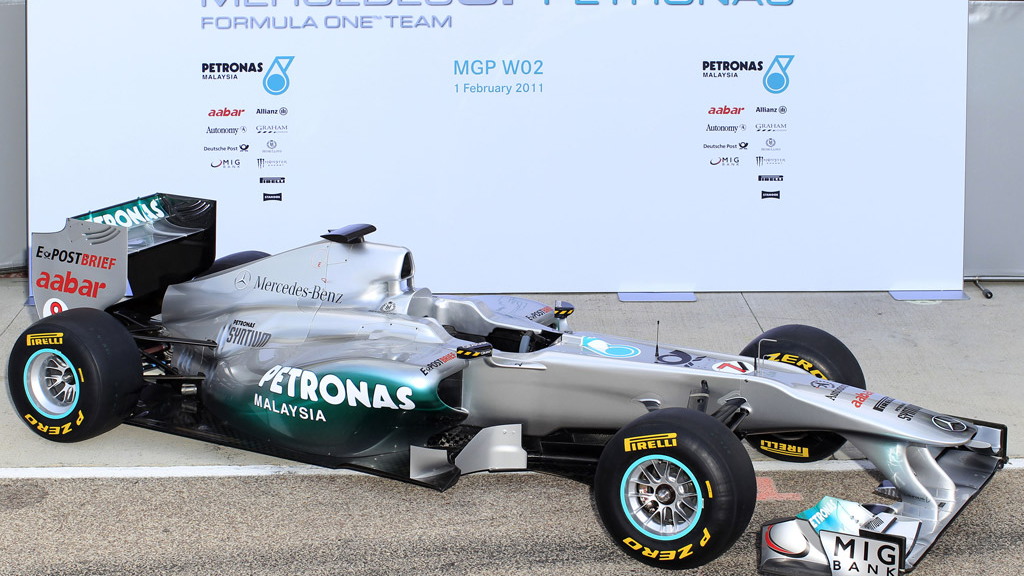 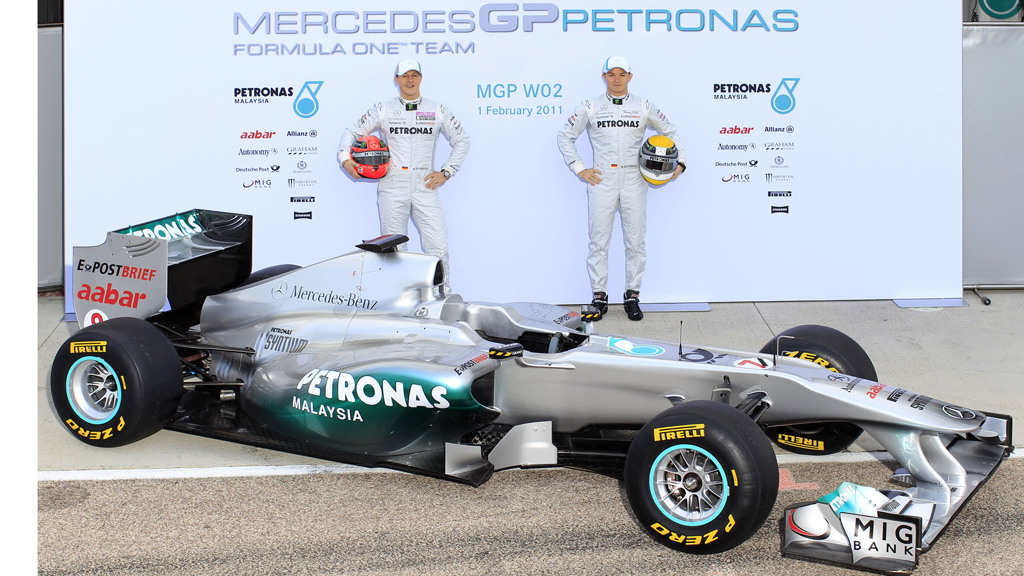 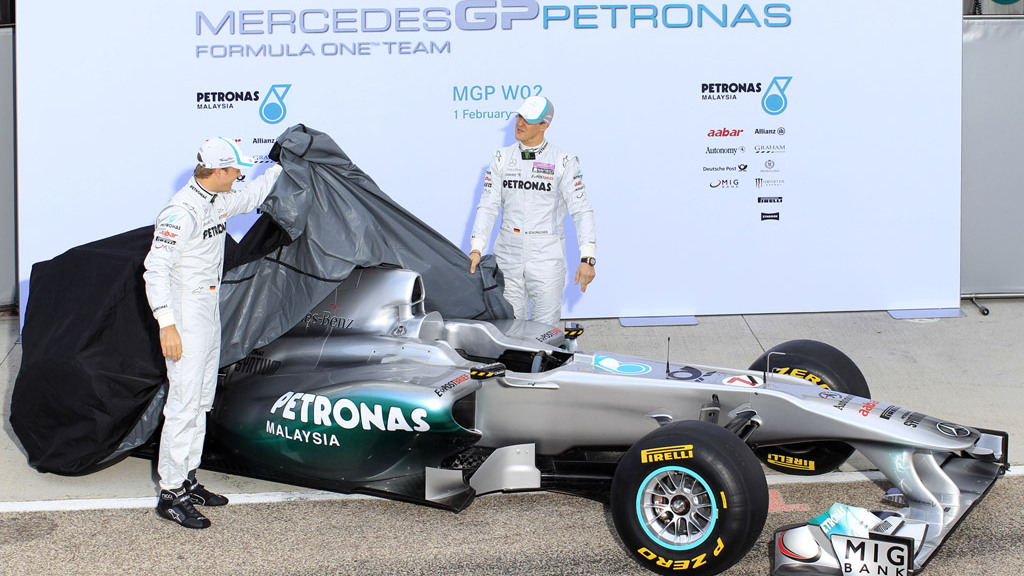 5
photos
The Mercedes GP team may not have fared as well as it had hoped to last year, especially considering that the team had two Formula 1 greats--Team Principal Ross Brawn and racing legend Michael Schumacher--on board. However, with the unveiling this week of the ‘W02’ Mercedes GP race car, there’s a new sense of hope for the team in this year’s Formula 1 series.

Once again, Michael Schumacher and Nico Rosberg will hop behind the wheel, with Ross Brawn presiding over as Team Principal and Malaysia’s Petronas as one of the main sponsors.

As previously reported, key changes to the car for 2011 include a switch to Pirelli tires, the reintroduction of the Kinetic Energy Recovery System (KERS), an increase in weight of the car plus the driver to 1,411 pounds, and the addition of a movable rear wing.

Look forward to the season opener in Bahrain, March 11-13.