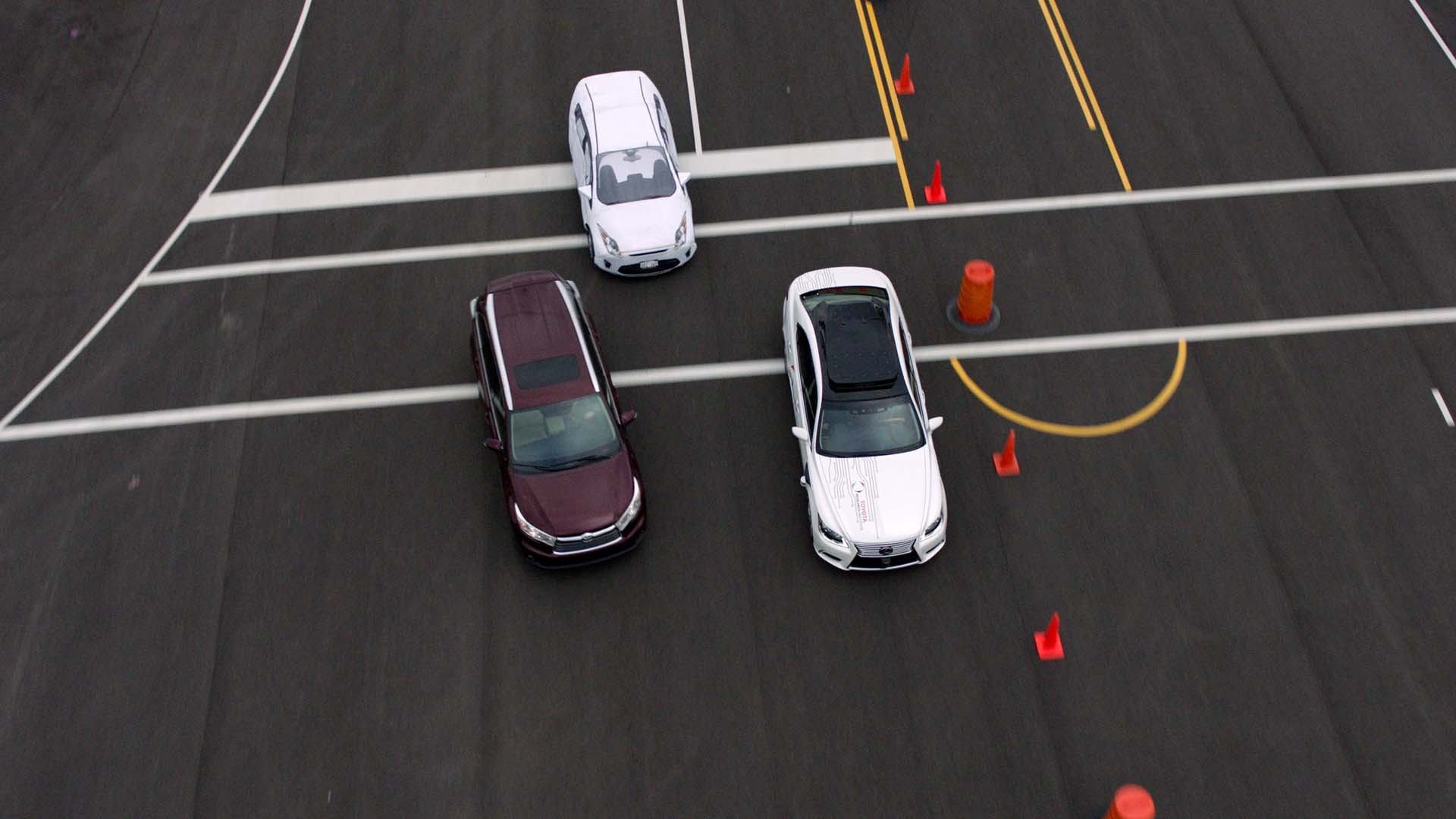 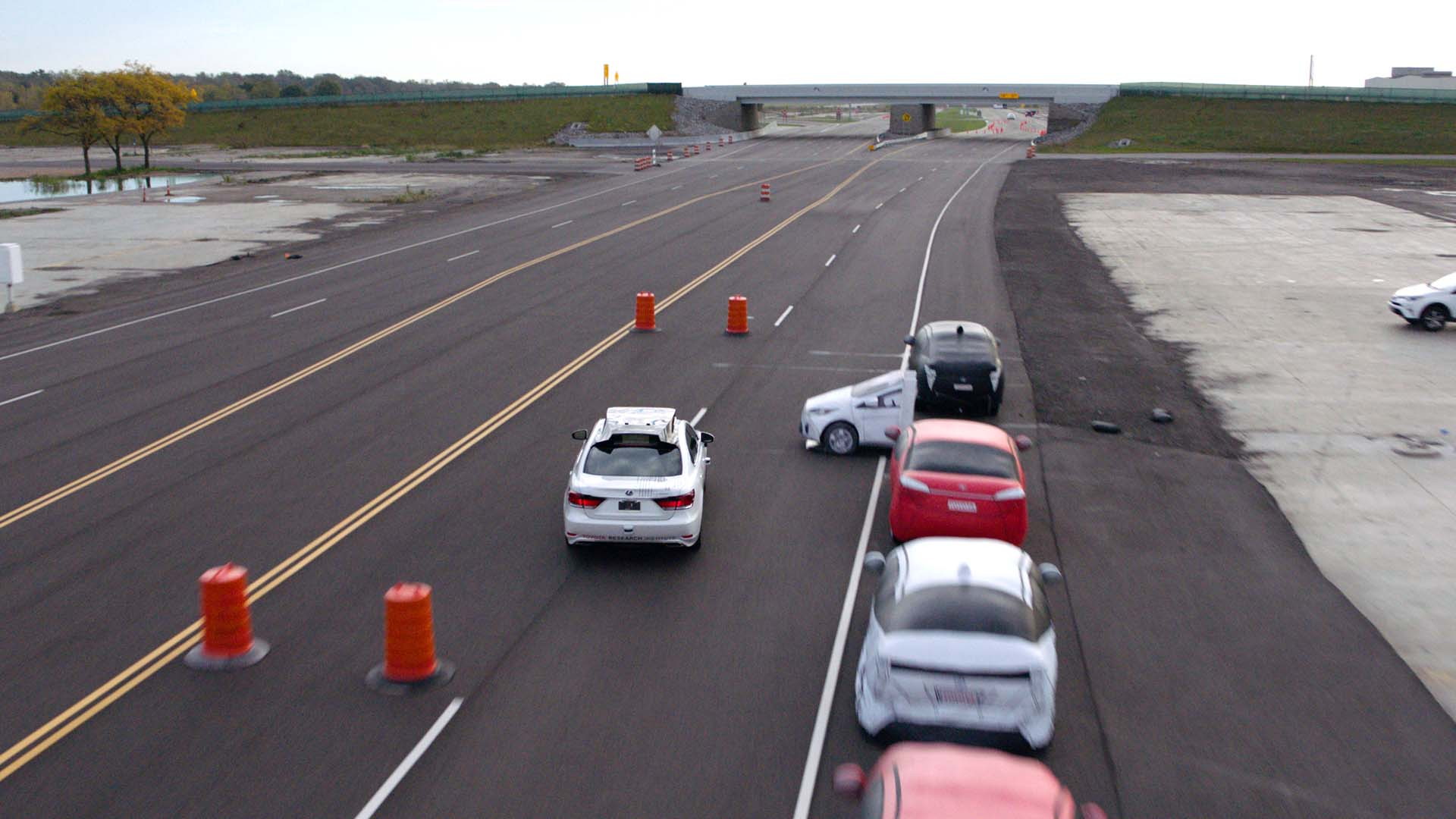 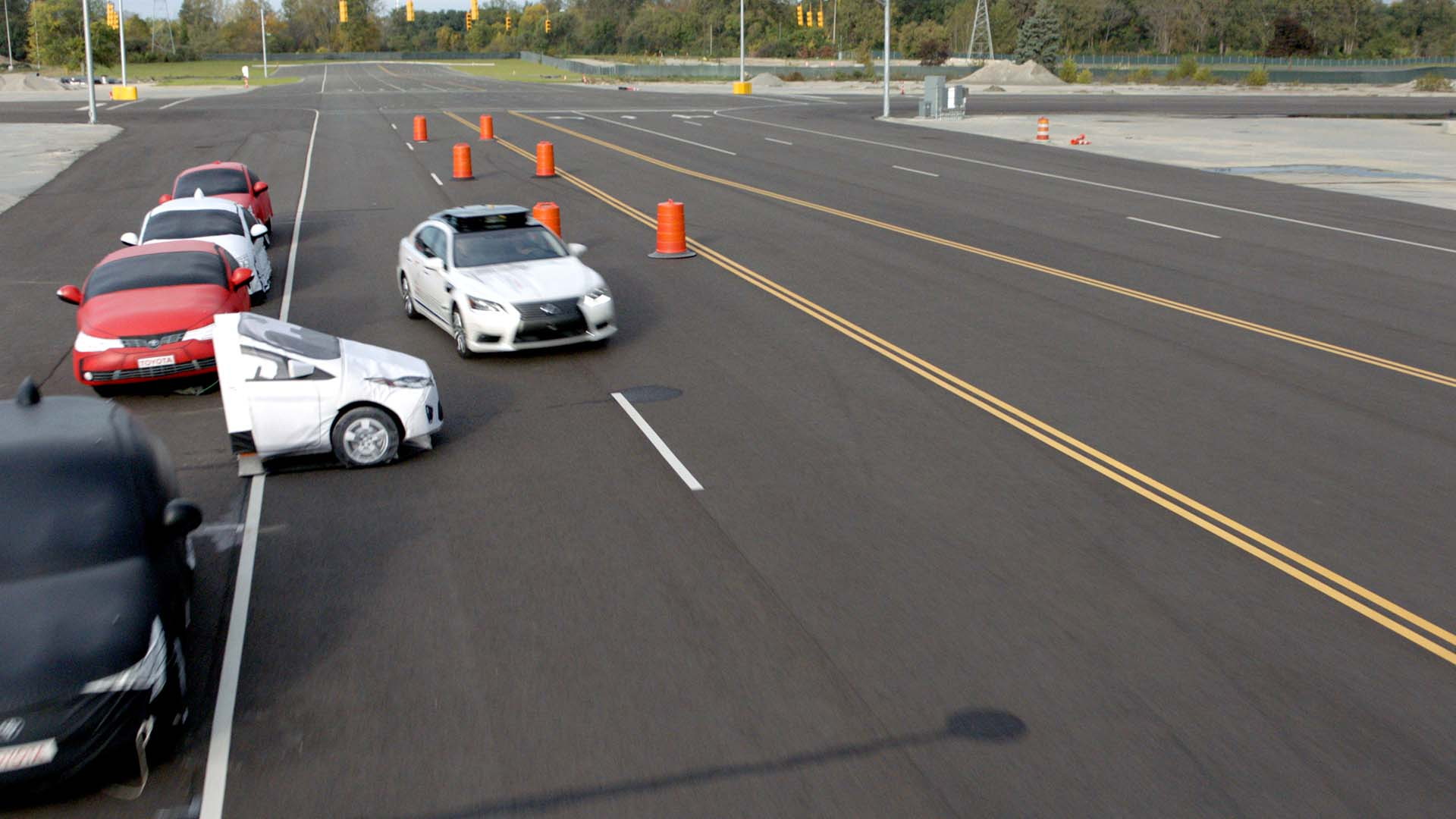 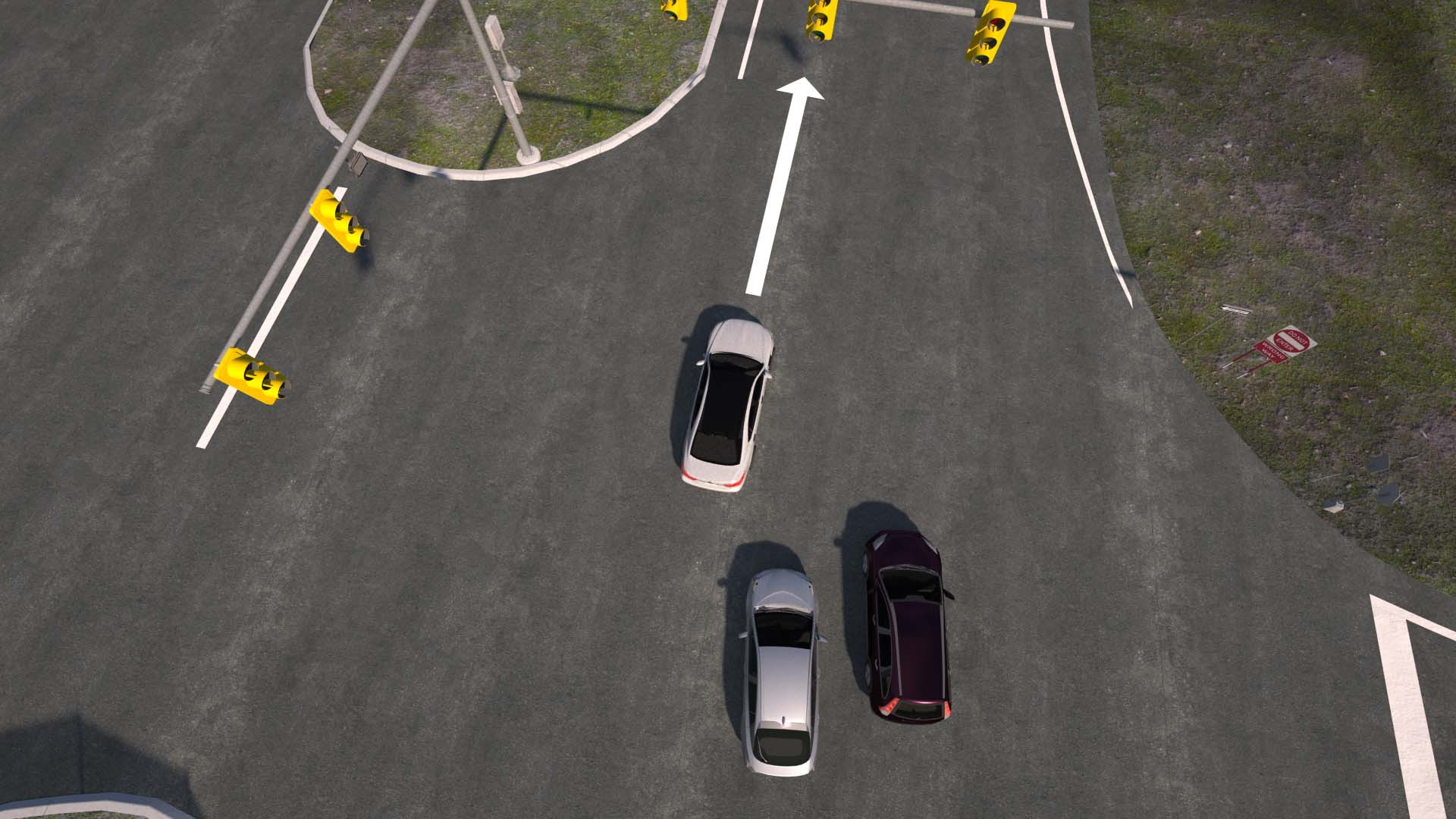 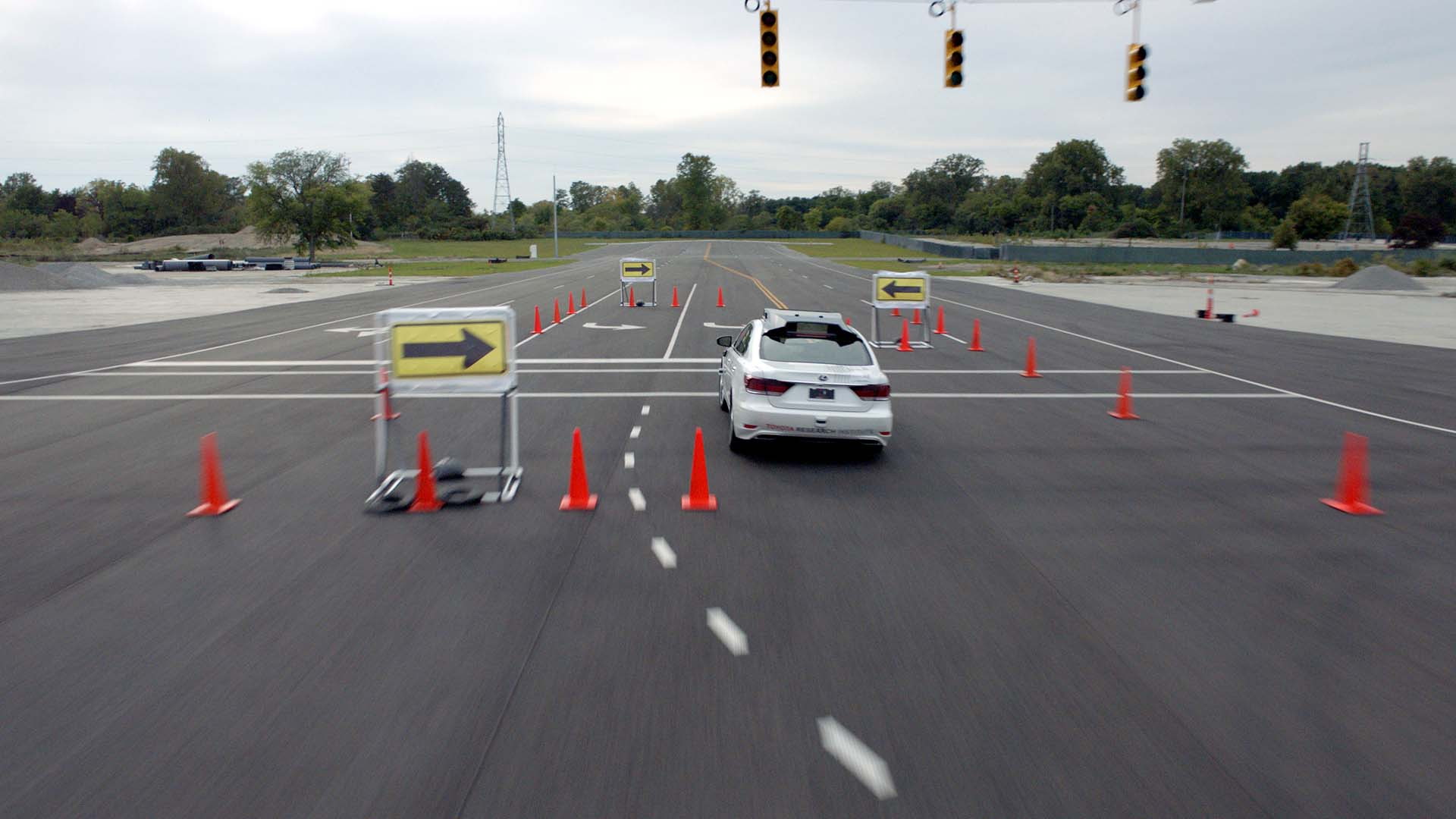 It's not every carmaker that leads off a press conference by re-enacting a spectacular three-car freeway crash. But at the 2019 Consumer Electronics Show on Monday, Toyota had a point to make.

Its Guardian active-safety system could have mitigated the effects of the crash, the company says. Perhaps a future version of the system could even have avoided it altogether.

Toyota announced last week that its latest self-driving test vehicle, the TRI-P4, will be used to test two suites of software that explore different applications for automated driving.

Not unexpectedly, the first of those is fully autonomous self-driving, which the company calls Chauffeur and plans to test in "a restricted driving domain" before evolving into full use under any circumstances.

But the Guardian active-safety suite, which Toyota stressed in Monday's announcement, is intended to "amplify human performance behind the wheel, not replace it," the company said in a statement.

That's the message it conveyed in Las Vegas: Toyota's near-term focus will be to boost the capabilities of active-safety systems to assist drivers, by alerting them and in some cases stepping in to reduce the danger of certain on-road situations.

"With Toyota Guardian, the driver is meant to be in control of the car at all times," the company said, "except (when) Toyota Guardian anticipates or identifies a pending incident and employs a corrective response in coordination with driver input."

Toyota dubs this "blended-envelope control," likening it to the control system in modern fighter jets. There, the pilot's motions on the joystick are translated into digital commands to a flight-control system that keeps the plane both stable and flying within a specific safety envelope.

The challenges of doing the same for a car operating in traffic is much greater, the company says, because the system must integrate and react to sensor data on both vehicle operations and everything in its immediate environment.

CHECK OUT: Byton M-Byte will have a 48-inch screen running the length of the windscreen

The Guardian system must analyze, thousands of times a second, what the car is doing and what's happening around it—and then make predictions about what how the external factors are likely to change.

It is, in the words of Gil Pratt, the CEO of Toyota Research Institute, a "social ballet" is required "to navigate through an ever-changing environment, as well as, or better than, a human driver."

If it has to step in—from illuminating a warning light that highlights a car in the driver's blind spot to automatically braking if it senses an imminent crash ahead—the goal is a "near-seamless blend" of driver input and vehicle assistance.

At CES, Pratt stressed the challenge of developing fully autonomous driving. At the same time, he underscored Toyota's belief it has a moral obligation to use current automated-driving building blocks as soon as possible to reduce crashes and save as many lives as it can.

That's where that three-car crash comes in. As well as testing new capabilities of Guardian software in closed environments and restricted-access test tracks, the company models real-world events to see how its software would have reacted, especially for such unusual "corner cases."

The Toyota test vehicle in the crash wasn't operating autonomously, but its sensor and camera data let TRI create a test scenario. Then it duplicated them on the test track, with real cars plus a guided dummy vehicle that was actually a "soft target" that wouldn't cause damage if hit.

The researchers determined the best option would have been for Guardian to step in and accelerate away from the closing vehicles, to remove itself from the area where the real-world crash took place.

At last year's CES, Toyota CEO Akio Toyoda announced the company plans to incorporate Toyota Guardian as a standard feature of all Toyota e-Palette platforms that the company will build for the Mobility as a Service market.

This will let fleet buyers who operate such vehicles add their own autonomy systems on top of Guardian, while Toyota continues development of its fully autonomous Chauffeur system for later introduction.

“Humans have an inherent need for autonomy, which is much stronger than our desire for autonomous cars,” Pratt said.