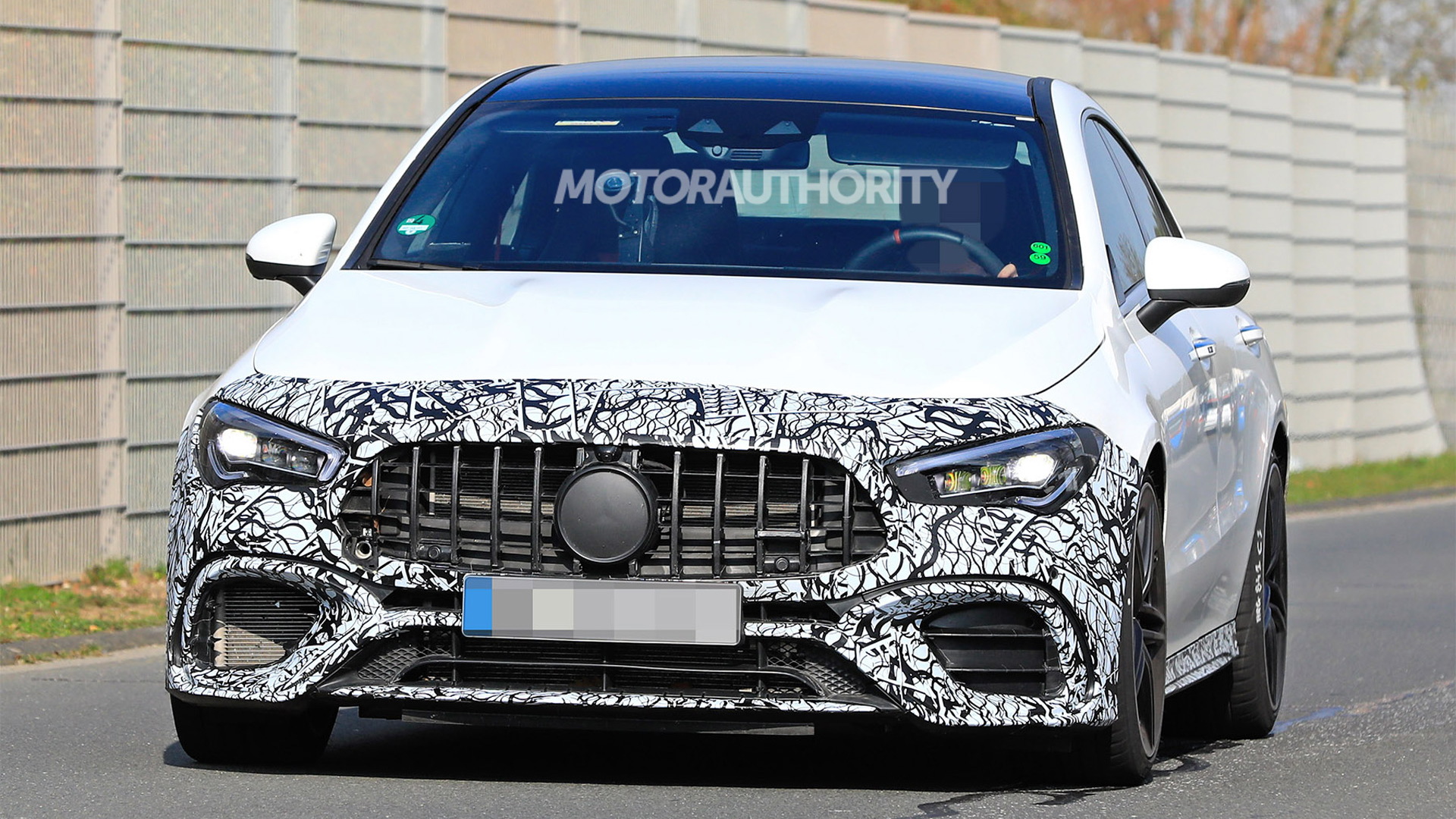 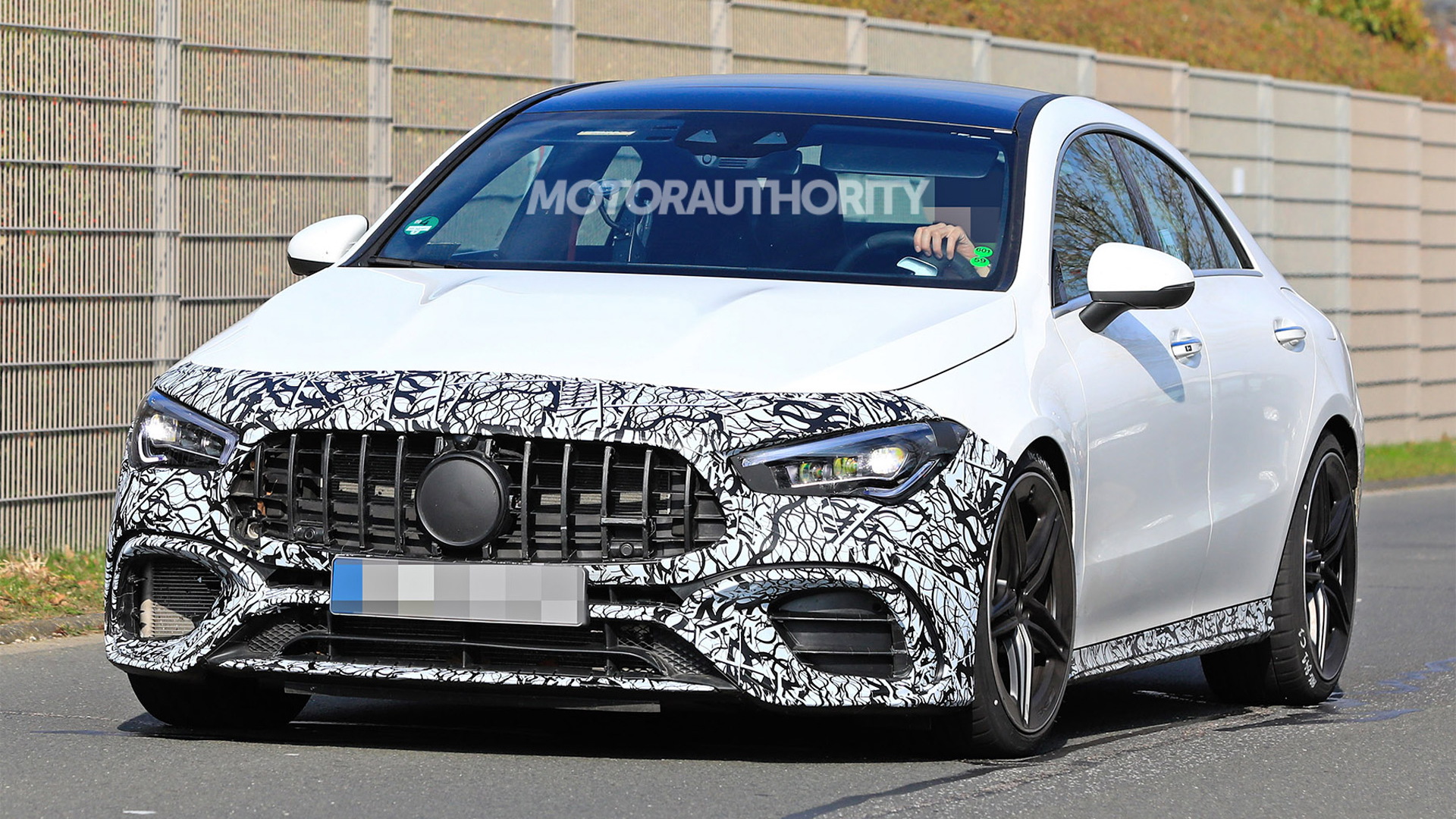 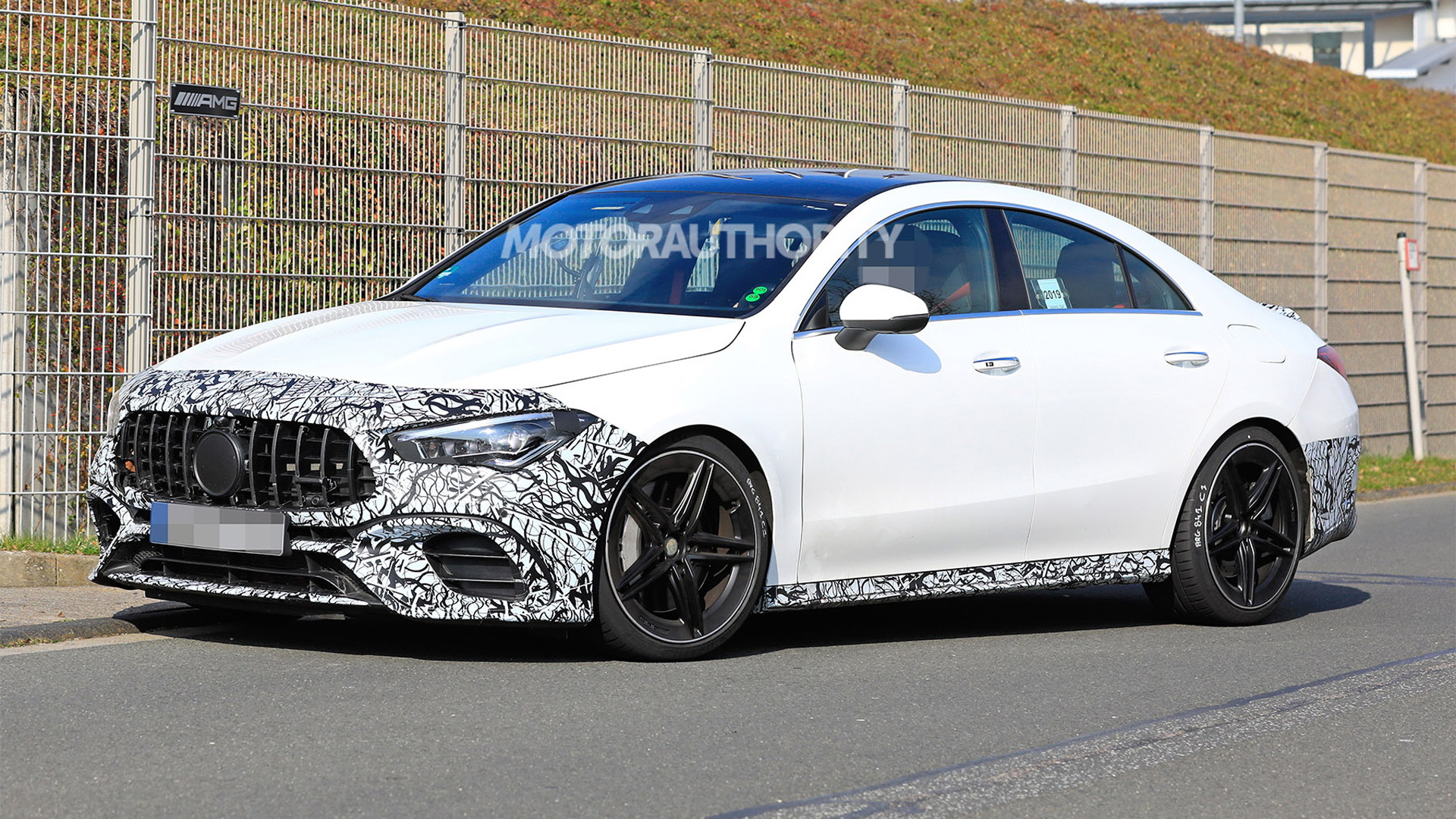 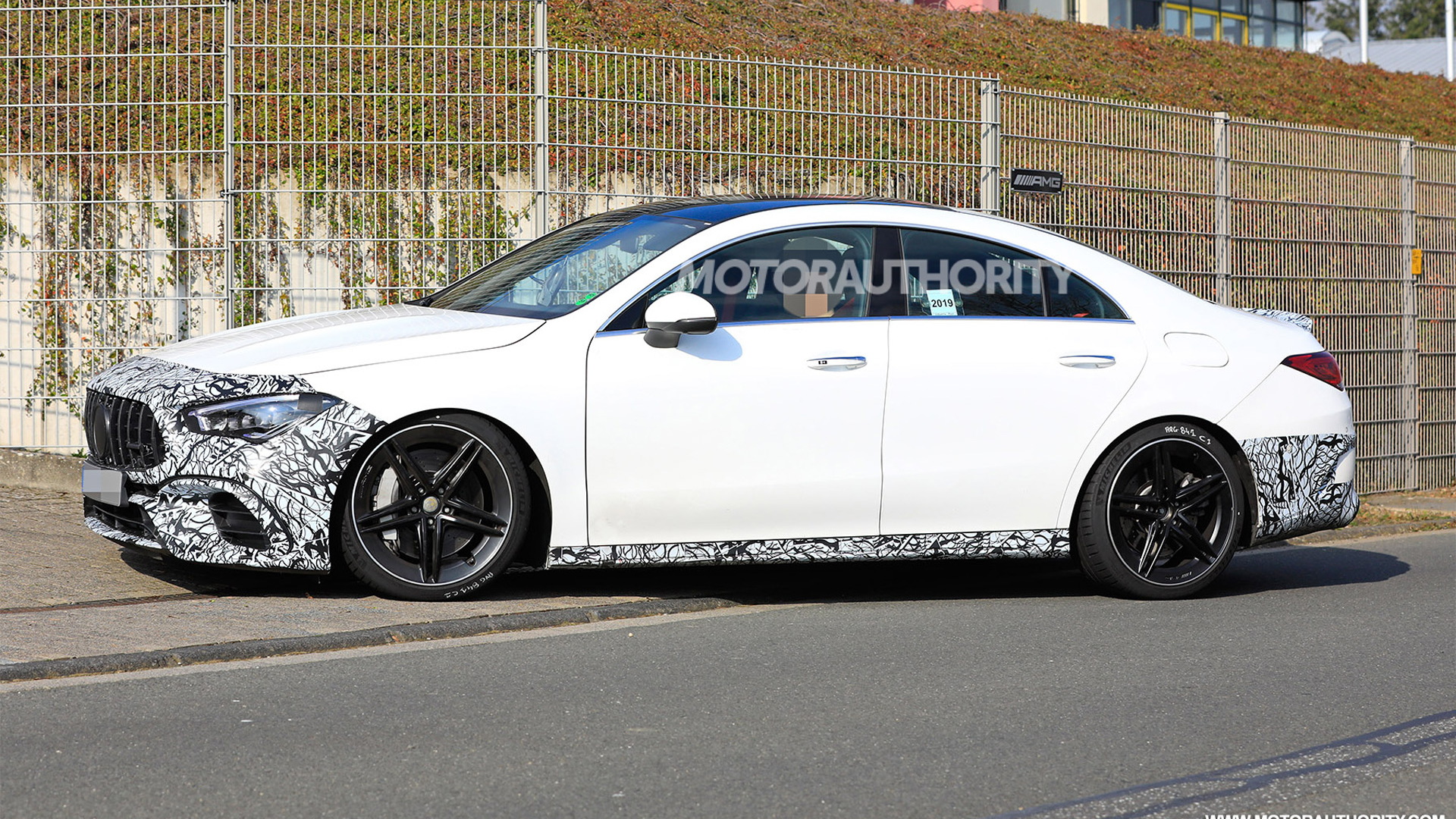 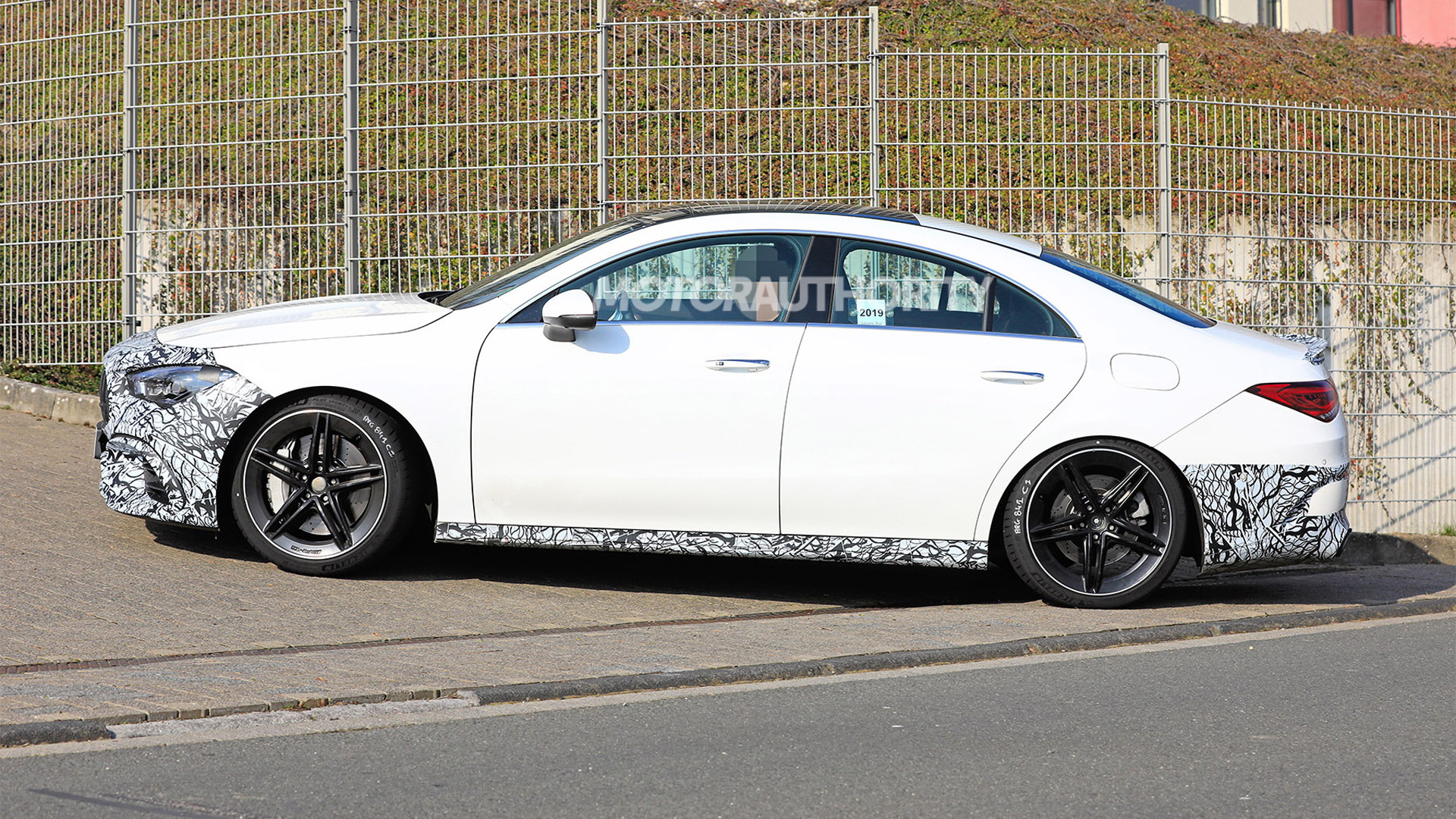 Mercedes-Benz unveiled the redesigned 2020 CLA at January's 2019 International Consumer Electronics Show in Las Vegas, but the versions we're more interested in, those from Mercedes-AMG, are still being developed.

Yes, “versions” isn't a typo as AMG is working on two performance levels for the latest generation of Mercedes compact cars. There will be direct replacements for the current crop of 45 series cars, plus a new crop of slightly tamer 35 series cars, the first of which was the A35 hatchback unveiled in October at the 2018 Paris International Motor Show. We won't see the A35 hatch in local showrooms but an A35 sedan is coming our way.

Also coming our way is a CLA35, but today we have fresh spy shots and video of the more extreme CLA45.

We know this prototype is for the CLA45 and not the CLA35 because of its quad-exhaust tips. Testers for the CLA35 sport dual-tip exhaust systems. The shot below shows prototypes for both, revealing the differences. The CLA45 also sports multiple vertical grille slats versus the CLA35's single-bar design.

AMG’s current compact range, which consists of the A45 hatch, CLA45 sedan, CLA45 Shooting Brake (sold overseas), and GLA45 SUV, comes with a top rating of 375 horsepower. The next-gen range will likely be rated at more than 400 horses to ensure the cars have the edge over their Audi Sport counterparts. Recall, the latest RS 3 is delivering 400 hp.

The cars will draw their power from an uprated version of AMG's existing 2.0-liter turbocharged inline-4. Enhancements are thought to include new fuel injectors, a new turbocharger and changes to the combustion process. For subsequent performance increases, AMG engineers are thought to be dabbling with electric compressors and hybrid systems.

It's possible we see both a standard CLA45 and spicier CLA45 S, just like in AMG's high-end models.

Beyond the more potent powerplant, the cars are expected to benefit from a new 8-speed dual-clutch transmission and drift mode. One of the performance targets is a 0-60 mph time of under 4.0 seconds. Top speed will likely remain capped at 155 mph.

The redesigned CLA is due on sale in late 2019 as a 2020 model. The CLA35 should arrive in showrooms roughly the same time, followed shortly after by this CLA45. The AMG models are expected to also arrive as 2020 models but could be pushed out to the 2021 model year.