Muscle car fans hoping for a surprise reveal of the new Ford Mustang Shelby GT500 at this week's 2018 Los Angeles auto show are in for disappointment as Ford is saving the debut for January's 2019 Detroit auto show, a company spokesman confirmed to Motor Authority on Tuesday.

Instead, the Blue Oval's focus in L.A. this week is the launch of the 2020 Lincoln Navigator. The handsome luxury crossover SUV was revealed on Tuesday and goes on sale next summer.

As for the Shelby GT500, Ford has released a handful of teasers over the past year, and a new one is on display in L.A. A 1967 Ford Mustang Shelby GT500 is highlighted in Ford's stand and below the car it reads "GT500 1.14.19," along with cards detailing the history of the Shelby Mustangs over the years. "1.14.19" is the opening date for next year's Detroit show. 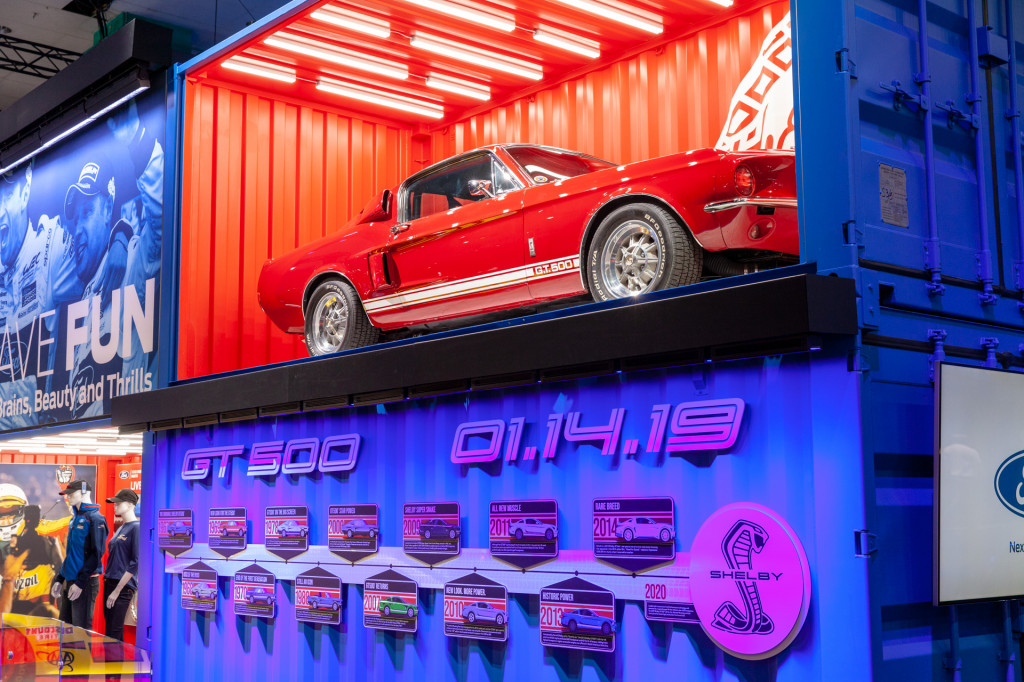 Ford showed the car at a dealer event held in October, with one individual attending the event having snapped a photo and posting it online.

In addition to aggressive looks, the car is known to be coming with a 5.2-liter supercharged V-8 that Ford has confirmed will deliver over 700 horsepower. The engine will feature a cobra snake logo on its supercharger housing and is expected to skip the flat-plane crank of the naturally aspirated 5.2-liter V-8 Ford uses for its Mustang Shelby GT350. What isn't so clear is whether a manual transmission will be offered as there are rumors Ford is developing the car with a dual-clutch setup only. 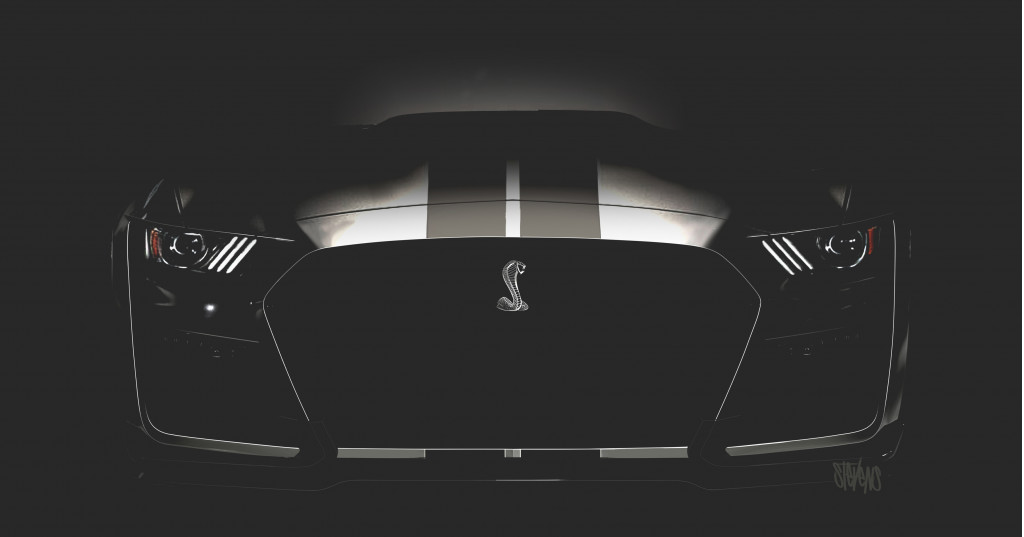 Key competition for the Shelby GT500 will be the Chevrolet Camaro ZL1 1LE and Dodge Challenger SRT Hellcat Redeye. The rival models deliver 650 and 797 hp, respectively. Given the improvements Ford has made with its latest Mustangs in the areas of ride and handling, the car may also lure some buyers of pricey sports cars like the Mercedes-AMG GT and Porsche 911.

The 2019 Detroit auto show, officially the North American International Auto Show, will run from January 14-27. To learn about some of the other vehicles set to appear, head to our dedicated hub.