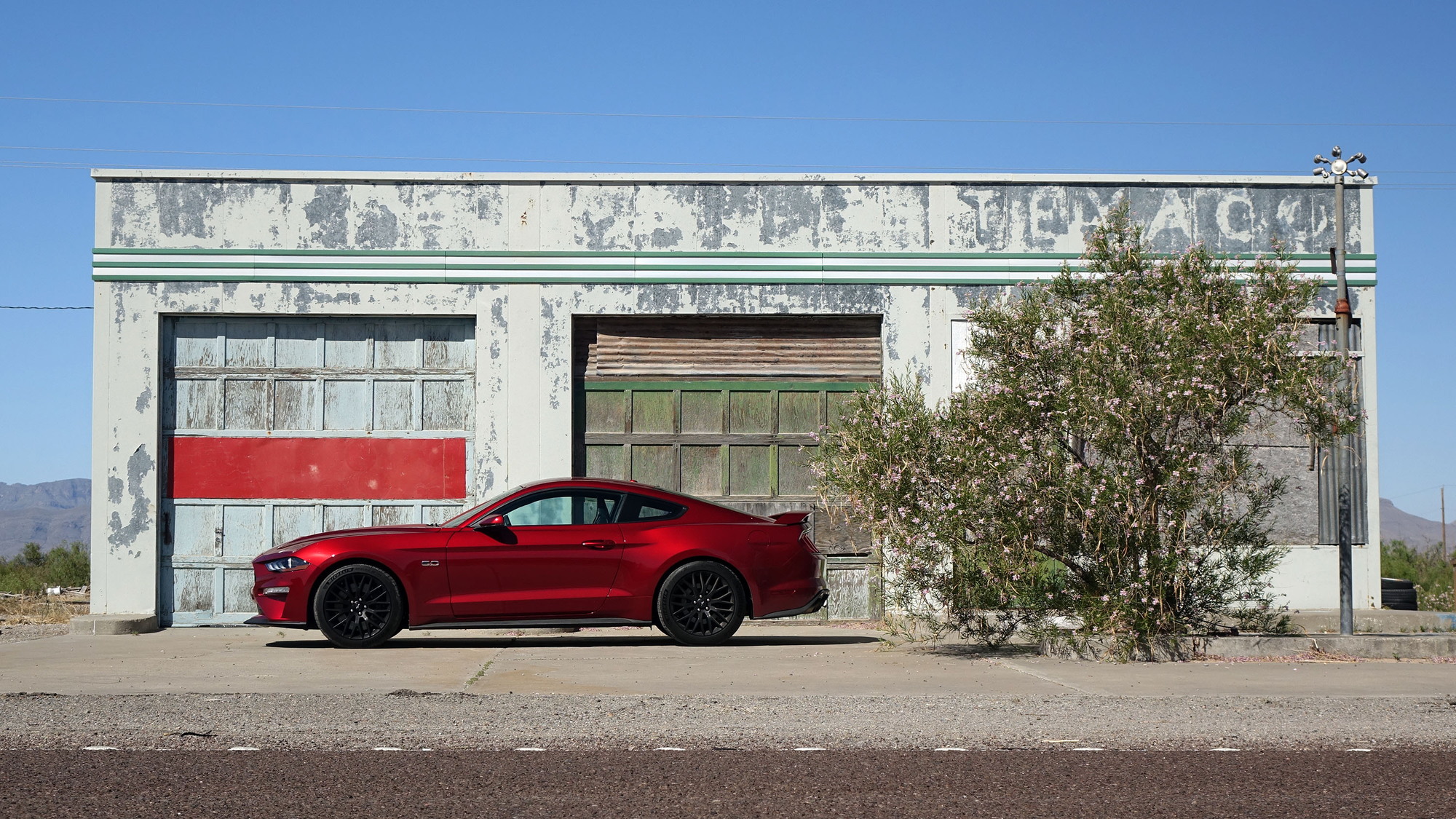 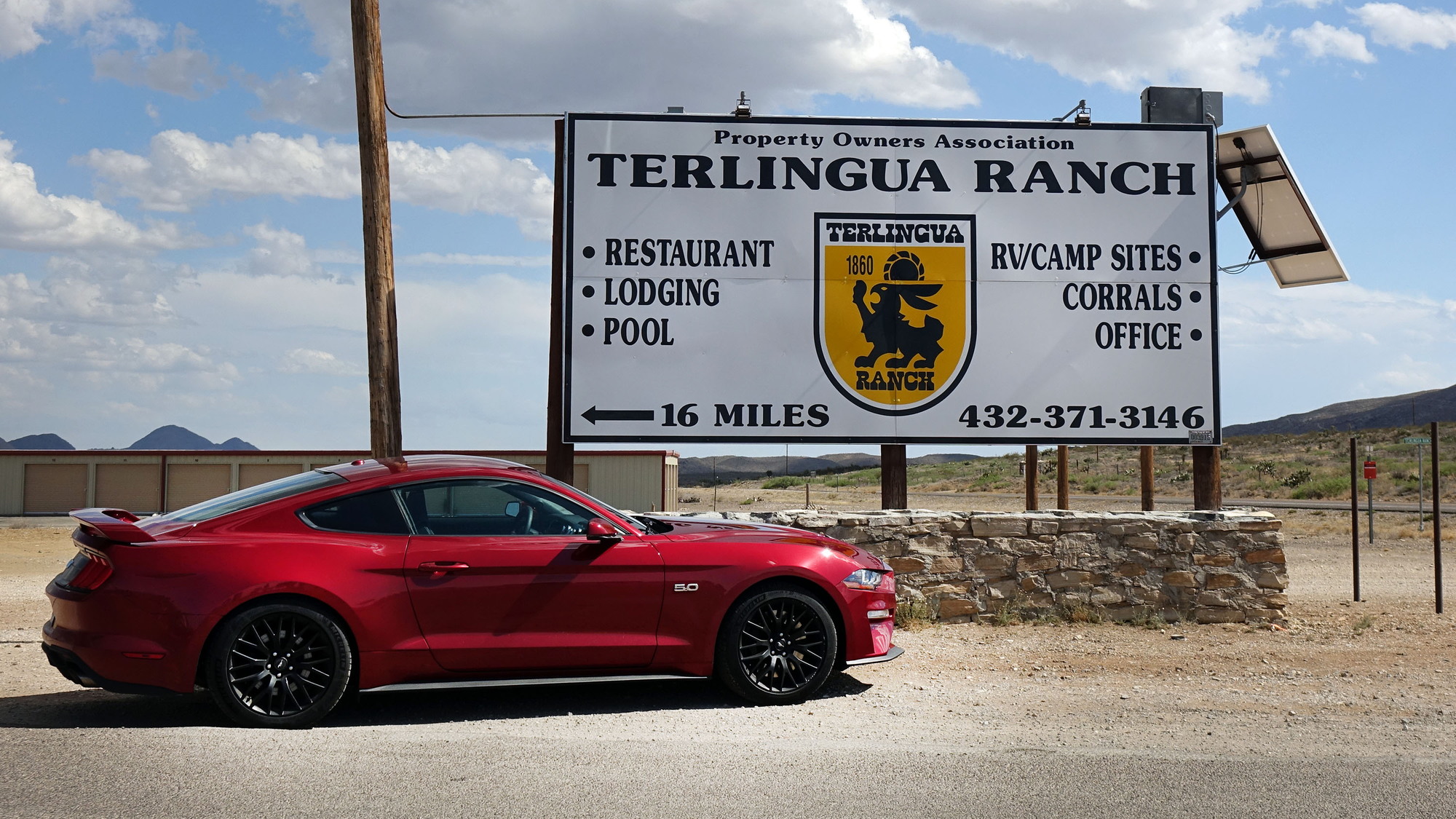 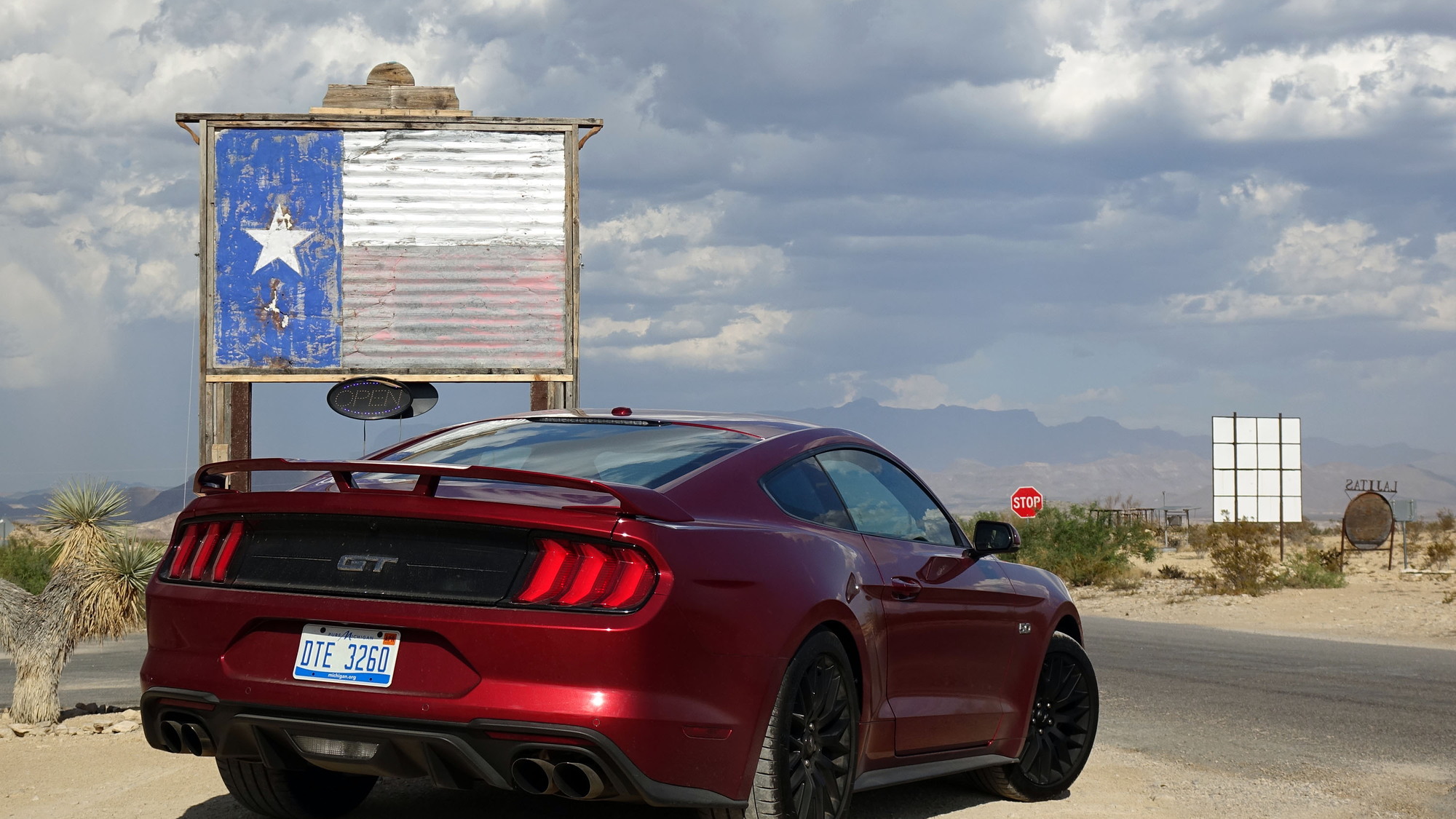 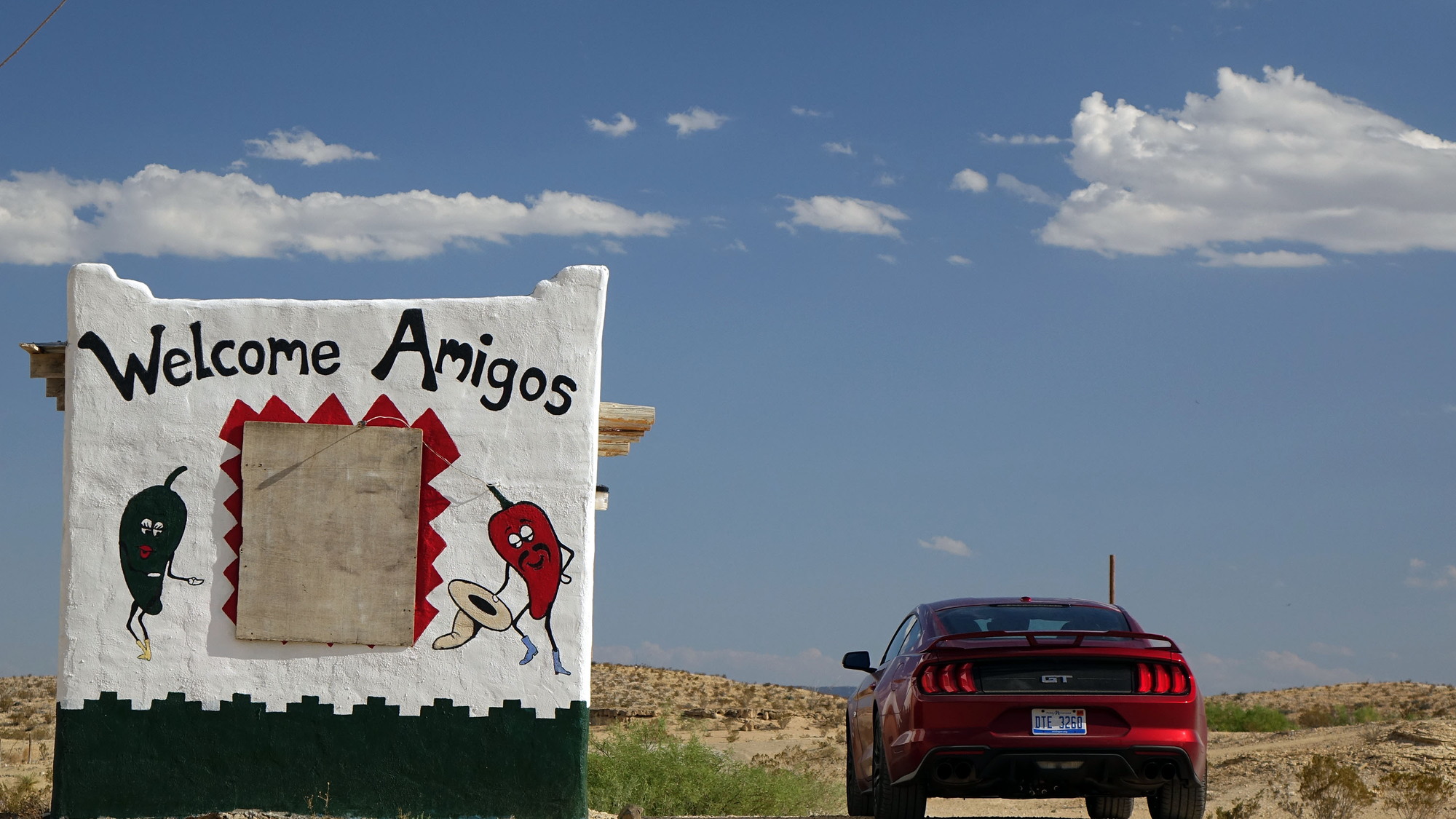 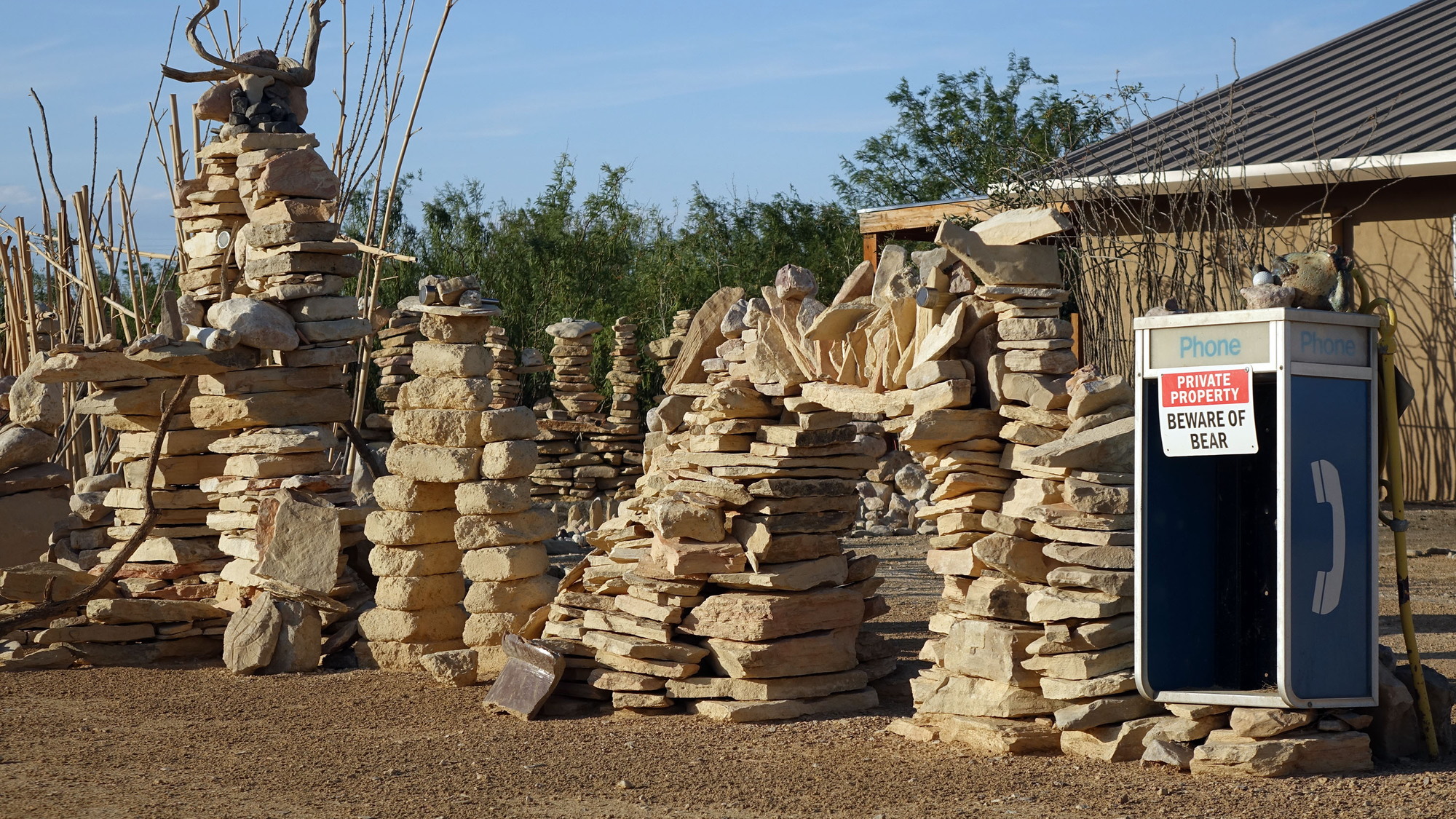 TERLINGUA, Texas—On a scalding May afternoon, it’s not easy to see how Carroll Shelby saw dollar signs between the stubby cacti nestled among the yellow rocks. Summer arrives earlier in West Texas than anywhere else in the U.S. The sun beats down on my bright red Ford Mustang GT’s shiny paint, and forces the air conditioning to work hard to keep the black leather interior tolerable.

I’ve driven about 350 miles from El Paso along the Texas-Mexico border to get here, past Spanish missions dating to the 18th century that anchor ramshackle villages stuck in time. Then as now, this was the frontier, a rough heat-soaked place where even the wealthiest had little to show for their success.

Barren West Texas offers little in the way of creature comforts, so it’s hard to imagine what was on Shelby’s mind when in the 1960s he began amassing what would become 350,000 acres of land—an area the size of Boston and New York City combined. Not that Shelby ever had much for those East Coast metropolises. The only answer has to be the simplest one: Shelby loved it here, out in the wild, far from anyone that could tell him what to do, or watch as he did exactly what he wanted.

Well before he raced Aston Martins at Le Mans and built Ford-powered muscle machines, Shelby was born in a dot-size farming community southeast of Dallas. His family moved to the city, in part to be closer to medical care because he suffered from heart valve leakage as a youngster. Post-Depression Dallas didn’t buzz with energy, but it had a lot to offer a teenager with a love for speed—at least until war broke out and Shelby enlisted in the U.S. Army Air Corps.

From Lackland Air Force Base near San Antonio, Shelby trained bombardiers and got to know the entire swath of Texas, which transitions from hilly tree-scattered savanna around San Antonio to arid desert with rugged, imposing mountains in Big Bend National Park. West Texas is arid, starkly beautiful, and sparsely populated. Seventy years ago when Shelby saw it from the air, even fewer people called sprawling Brewster County home. The county is Texas’ largest—and that’s saying something—and also one of its least populated. Just 6,500 people called it home in the 1940s, a number that has ballooned to about 9,200 today. It’s a land mass the size of Connecticut that could empty out and fill a mere sliver of Michigan Stadium.

Deep in Brewster County sits Terlingua, a town Shelby would have flown over while training bombardiers in the early 1940s. At the time, the Texas Mercury Company mined cinnabar to extract mercury, but the area had long been a gathering point for native tribes, Spanish explorers, and Mexican caballeros, and Texas Rangers. Its name roughly translates from Spanish to “three languages,” and it honors the Kiowa, Apache, and Comanche tribes that once roamed the southwest.

Terlingua, a few miles from the north entrance to Big Bend National Park, feels as remote as anywhere in the world—at least as a tiny dot surrounded by not much of anything on the Mustang’s navigation screen. On this scalding May afternoon, a crowd turns it into an unexpected mecca, one that straddles a heretofore uncharted line between Burning Man and Margaritaville. Locals brand it as a ghost town, but it bustles with tourists and serves as a supply depot for campers in Big Bend.

The place thrives on quirk. The only ghosts here are crumbling mining structures, some of which have been repurposed and some of which sink into the hardscrabble. There’s a sprawling store with tchotchkes such as chili cookbooks and T-shirts, plus beer sold by the bottle. Next door sits the Starlight Theatre, a former movie house converted to a restaurant and music venue that serves as the Radio City Music Hall of the Chisos Mountains.

Aside from a few teepees and campers rented to out-of-towners, that’s Terlingua. It’s an arid place, the kind of town that dries up as soon as the frequent afternoon thunderstorms pass.

Vacationland for the hardy Rat Pack

Terlingua today is a gathering spot, but not the kind Shelby imagined in the 1960s.

Flush with Ford Motor Company’s cash after parlaying a successful racing career into hot-rodded Shelby Mustangs, he began to buy up land around Terlingua. Shelby was the kind of guy who got lucky as often as he failed, and business acumen was not his forte.

Shelby never felt comfortable in Los Angeles, where he converted Mustangs owned by secretaries to fire-breathing GT350s and marginally tamer GT500s in a warehouse near Los Angeles International Airport. LA bustled a lot more than Dallas back then, and it was a lot closer to the Ford assembly plant in San Jose where unfinished Mustangs were drop-shipped to the Shelby skunkworks.

From LA, Shelby watched movers and shakers flock to Palm Springs, where a mid-century mecca was under construction. Palm Springs, with its rugged mountains, arid climate, and fresh air, Shelby reckoned, wasn’t that different than Terlingua. Well, there was one difference, and it was a big one: Palm Springs was an easy drive—or a short flight for the Rat Pack—from LA, while Terlingua was a long trek from El Paso, hardly a hotspot for the Hollywood elite in the 1960s.

When Shelby bought Terlingua, its population stood at seven, a number that didn’t include a few goats and a pair of burros. Shelby and his drinking buddy, Dallas attorney Dave Witts, sought to create a high-end residential development in the area, banking on the allure of its remote nature as a place for well-heeled folks to kick back and relax.

At least that was how they presented the place publicly. In reality, Terlingua was where they came to unwind. Shelby and Witts invited their friends—a diverse crowd they dubbed the Rat Pack—and they’d load up a DC-3 in Dallas with dirt bikes, hunting rifles, cases of booze, and enough provisions to keep their bellies full in case they didn’t sober up well enough to actually kill any animals.

The crew could have hung out in LA, where Shelby kept a house. Shelby wasn't a loner, but he didn't follow the crowd in anything he did. Why throw parties in a trendy mid-mod house in Bel-Air when he could disappear to his home state for a while?

Shelby compatriot, artist Bill Neale, even designed a logo for their hootenanny, a rabbit-like critter that they dubbed the Terlingua City Council’s coat of arms.

Neale said that Shelby was inspired by European heraldry.

“They do them with lions and eagles and gargoyles. I had done a rabbit ‘cause the jackrabbits are big in that part of Texas. He is holding his paw up to say no more peppers in the chili. Shelby liked it. He liked the yellow and the black. That resulted in Shelby asking me to help with a paint job in ’67 for the Trans Am. That’s when I added Terlingua Racing Team across the top of it. Then, the rest of it is kind of a long story about how much fun we’ve had putting it on various cars and things of that nature. It really has been amazing. It’s been on so doggone many cars and airplanes.”

Over its first few years, the Terlingua Land and Cattle Company didn’t sell a single lot to any rich folks. That was just fine with Shelby and his Rat Pack. A desert oasis was never at the forefront of their planning until Shelby and Witts brought in Dallas Morning News columnist Frank X. Tolbert, whose wit and definitive Texas chili recipe made him legendary.

Tolbert described the area in detail and used it as the setting for a chili cook-off—an annual event that eventually came to define Terlingua long after Shelby’s crew threw their last party. A failed real-estate gold rush became a grocery-store brand instead. Commercially sold chili was not a success, but few of his ventures were.

The Terlingua heraldry became an inside joke for Shelby and his pals. The logo came to symbolize their place, a dusty desert oasis that was bound to fail.

The group slapped Neale’s rabbit logo onto a Mustang-based Shelby GT350-R in 1965 before a race near Dallas. It was a harbinger of things to come and it marked the beginning of the half-serious, half tongue-in-cheek Terlingua Racing Team. The Rat Pack made a hobby out of putting Terlingua stickers onto race cars, a habit that peaked with the 1966 Indy 500. Legend has it that 32 of the 33 Indy racers that year had Terlingua stickers festooned to their bodies.

The only car without a Terlingua sticker belonged to Graham Hill, the race winner. It’s easy to imagine Shelby joking over a few Lone Star longnecks that Terlingua could have been a success if only Hill’s car had that damn sticker.

The Terlingua Racing Team reached its zenith during the 1967 Trans-Am series, when a Mustang driven by Jerry Titus swathed in what Neale called “god-awful yellow” won the series title.

Our red Mustang didn’t get a souvenir sticker from the only store in Terlingua. The California-based LLC that holds the rights to the logo today doesn’t sell such knickknacks where you’d expect. That probably would be fine with Carroll Shelby, never the best businessman, but always the best salesman.