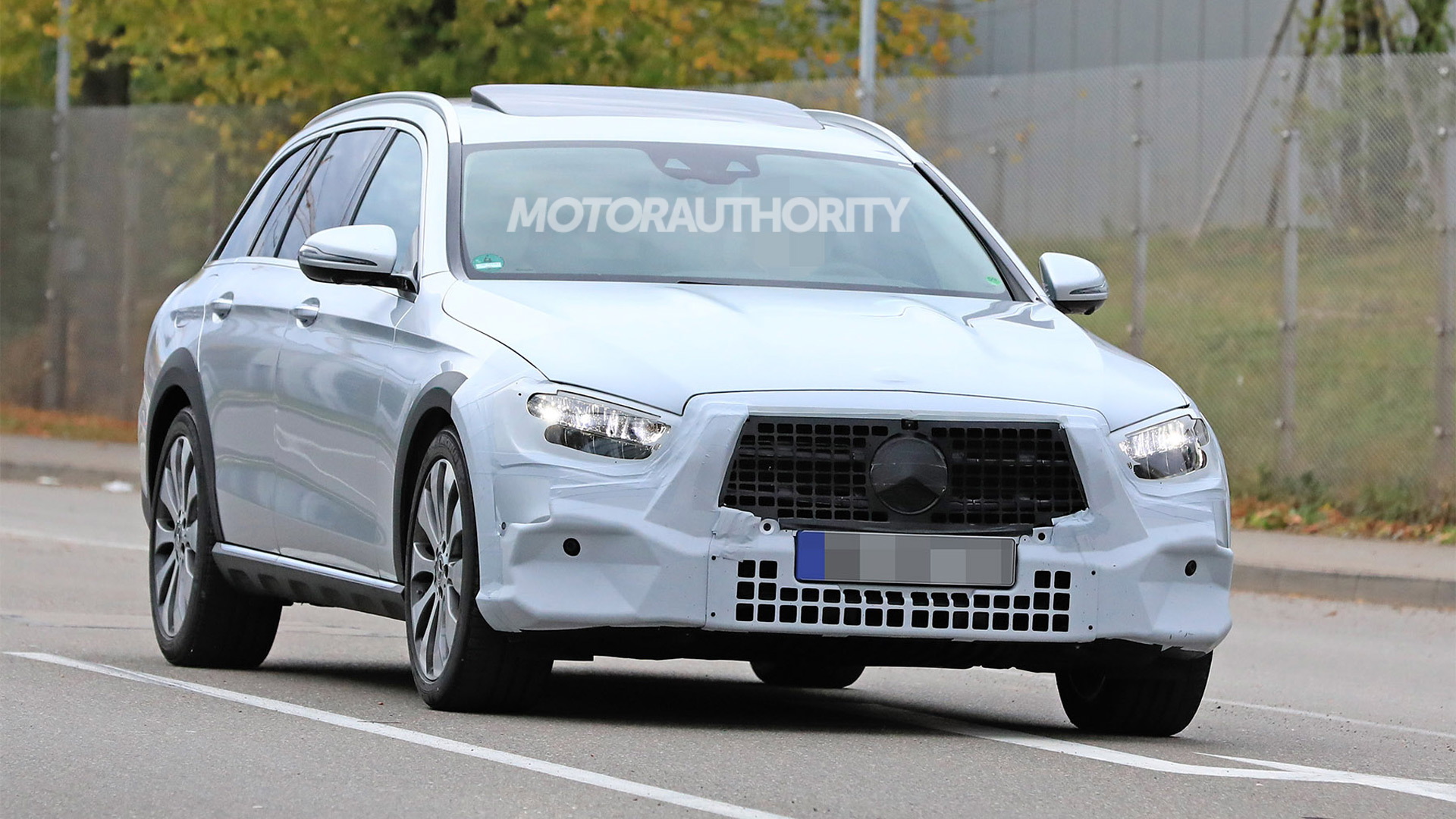 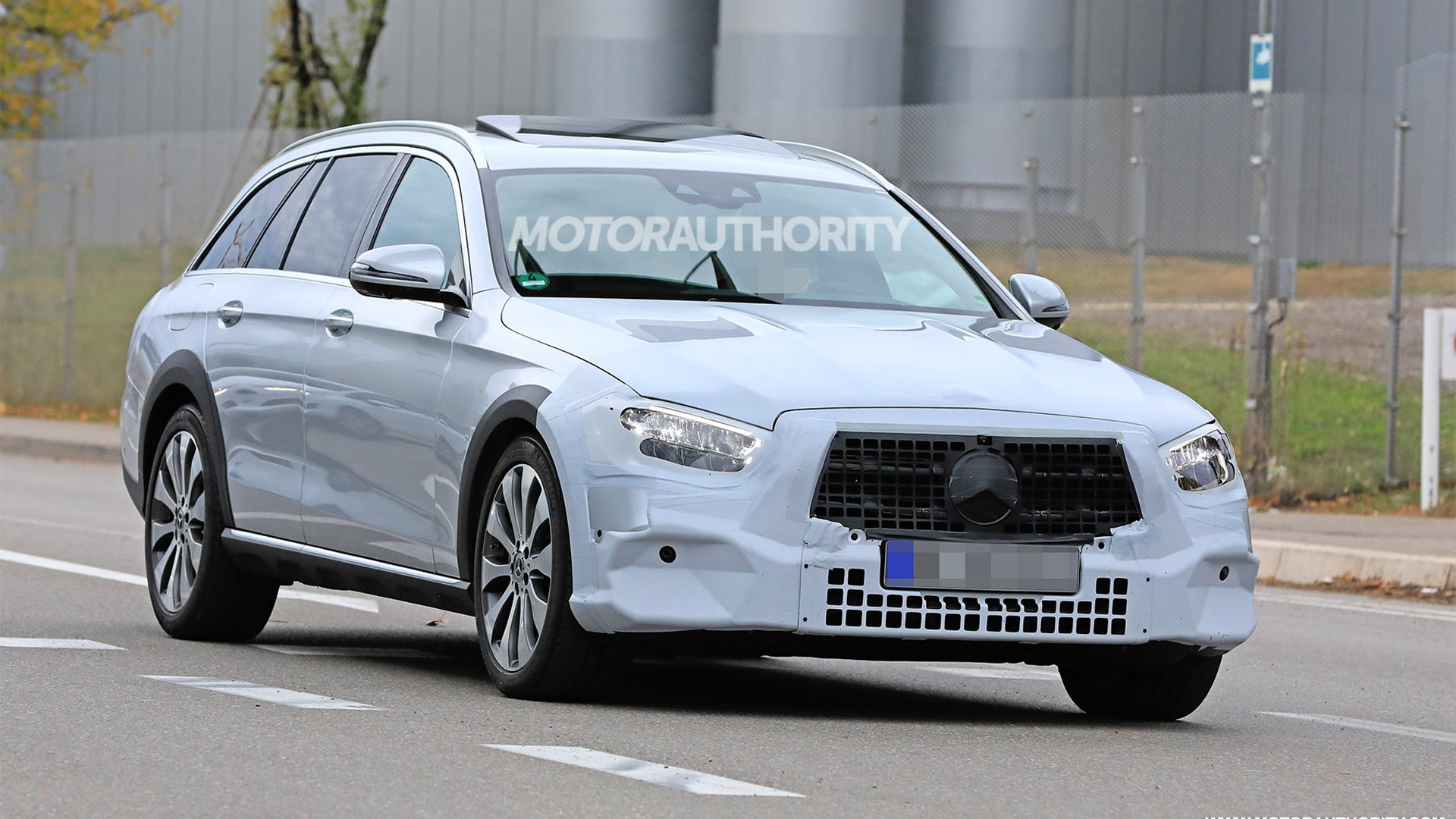 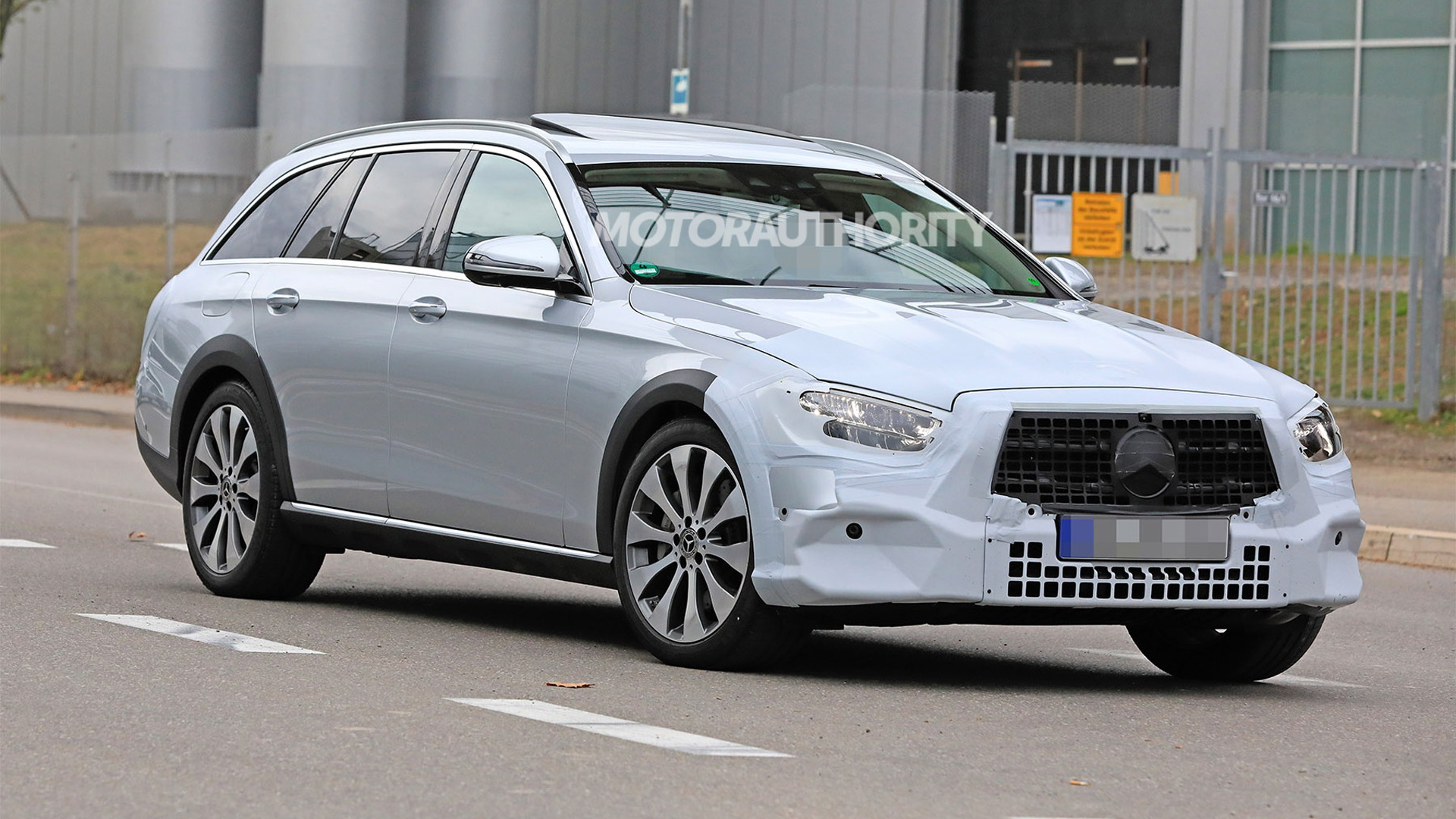 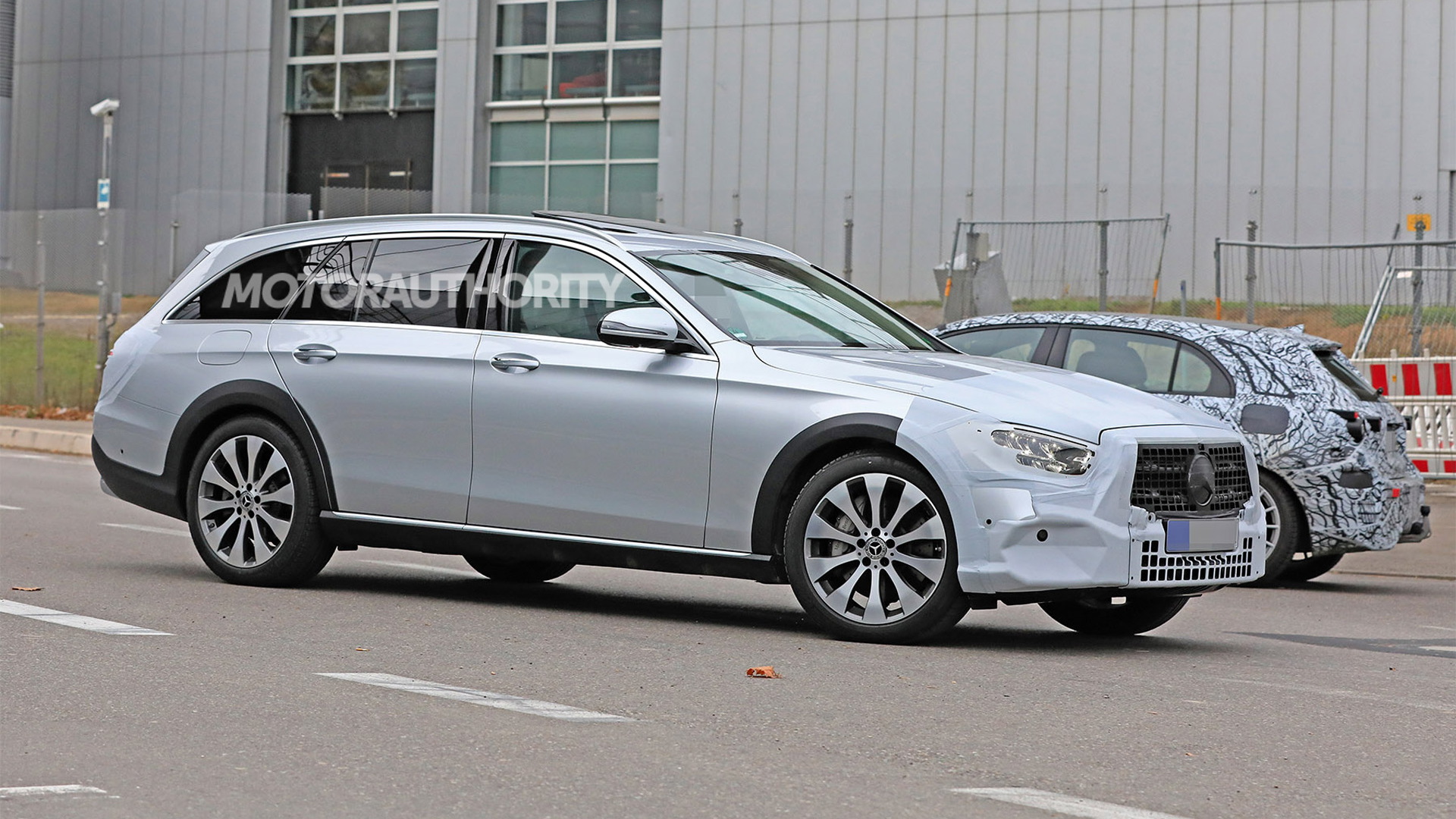 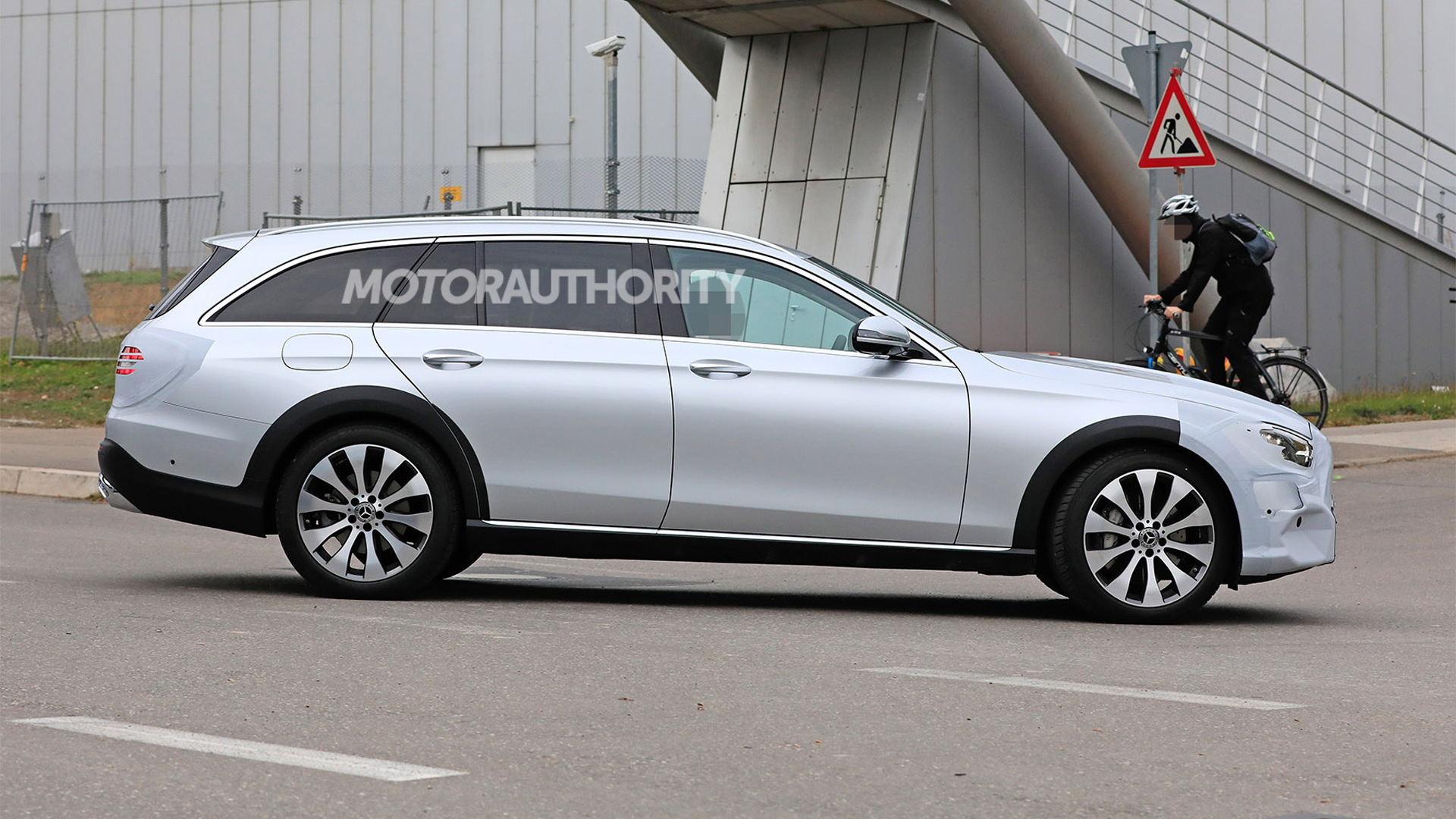 Mercedes-Benz's E-Class is approaching the midway point in its life cycle and a prototype for an updated version has just been spotted.

This particular prototype is for the E-Class All-Terrain soft-roader which isn't sold in the United States, however many of the changes you see here will appear on the regular E-Class sedan and wagon we receive.

We know this E-Class is the All-Terrain because of its raised ride height and underbody protection. The E-Class All-Terrain also features a standard all-wheel-drive system, and a special off-road mode borrowed from Mercedes' SUVs in its driving modes selector.

The face of all E-Class variants will be given a substantial makeover with this update, with the headlights taking on a design similar to the units found on the latest GLE SUV. This should provide further differentiation between the E-Class and smaller C-Class, which the current E-Class closely resembles.

The E-Class All-Terrain is currently offered with four- and six-cylinder diesels. It isn't clear if there will be any additional powertrains added to the lineup.

The current E-Class was introduced for the 2017 model year. In Mercedes tradition, we should see the updated version introduced for 2021. This means the debut will likely take place in late 2019 or early 2020. Sadly, we don't expect the All-Terrain to receive the green light for local sale.

SUVs are all the rage right now and automakers see an opportunity for even more slicing of the niche with new softroaders. It's why many of Mercedes' rivals also offer soft-roaders. Alternatives include the Audi A6 Allroad and Volvo V90 Cross Country, the latter of which is sold here.