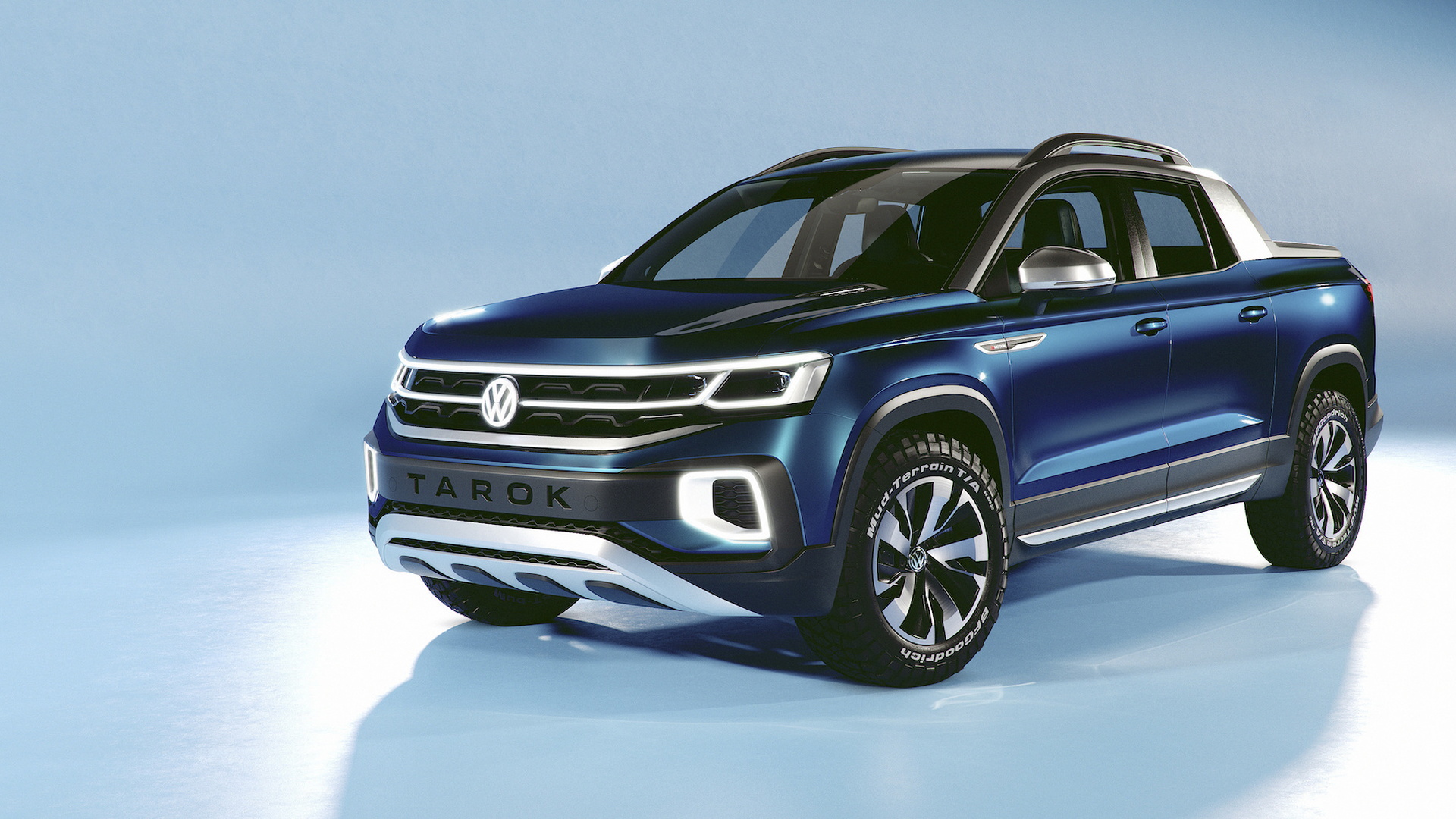 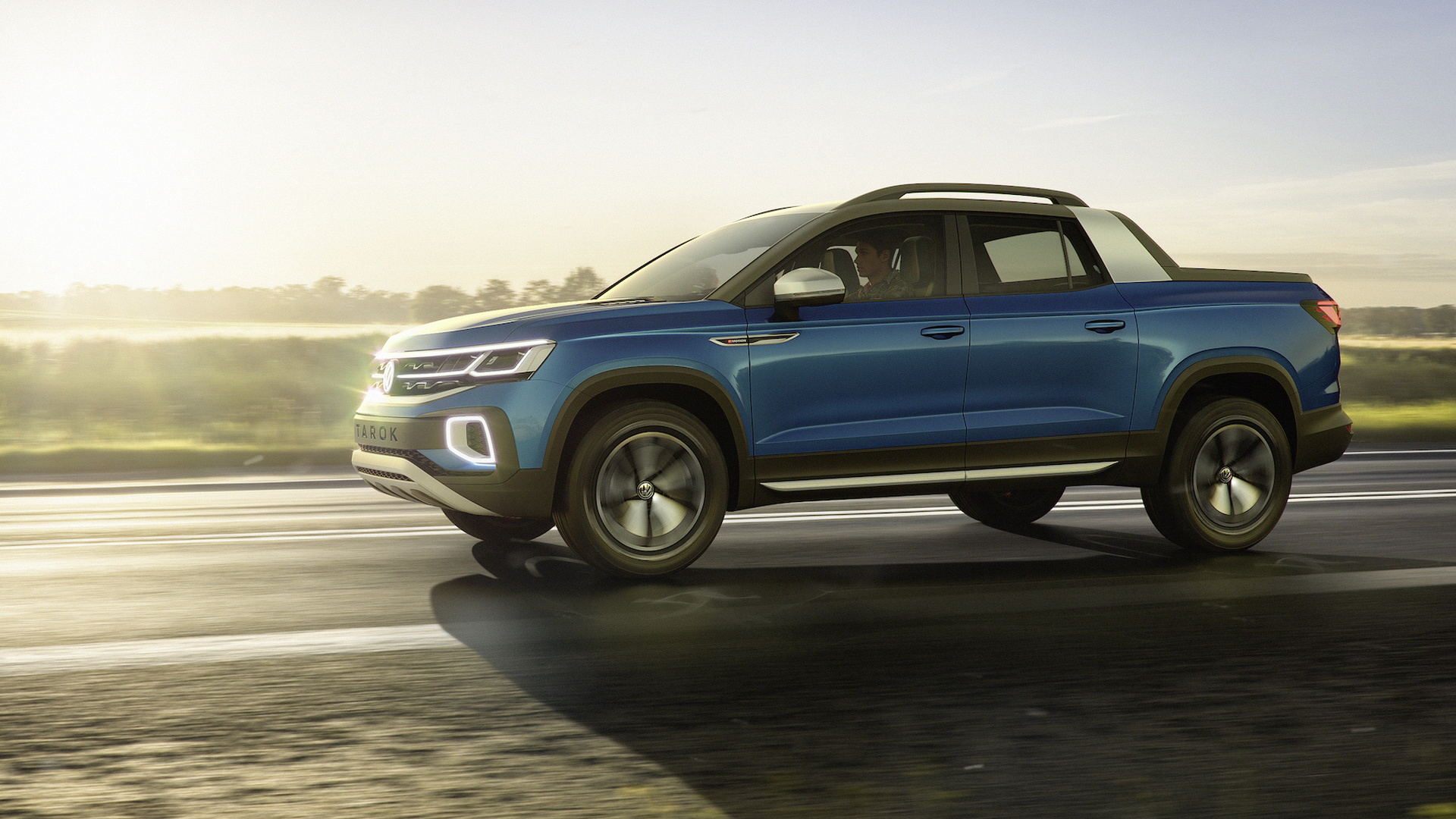 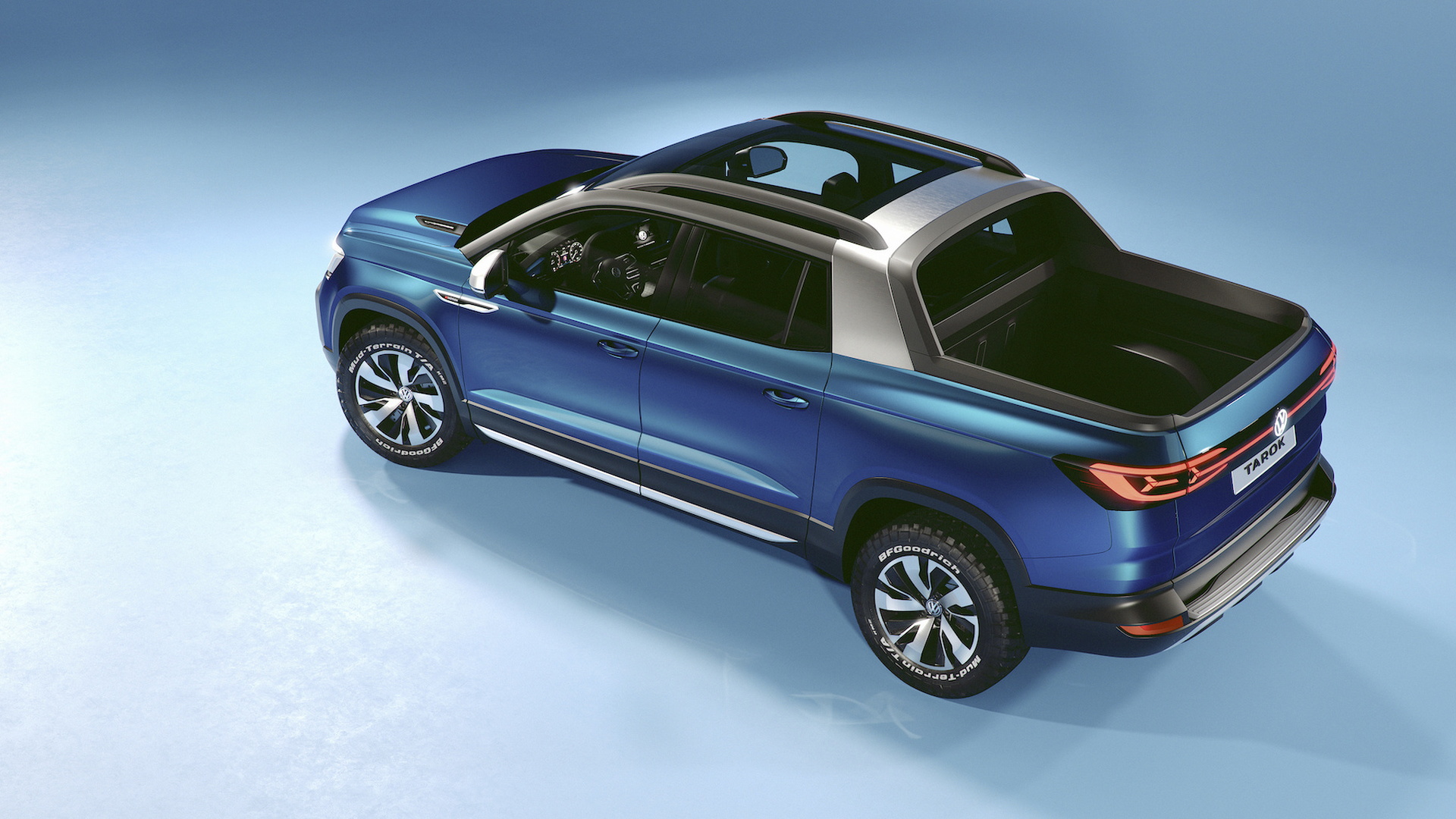 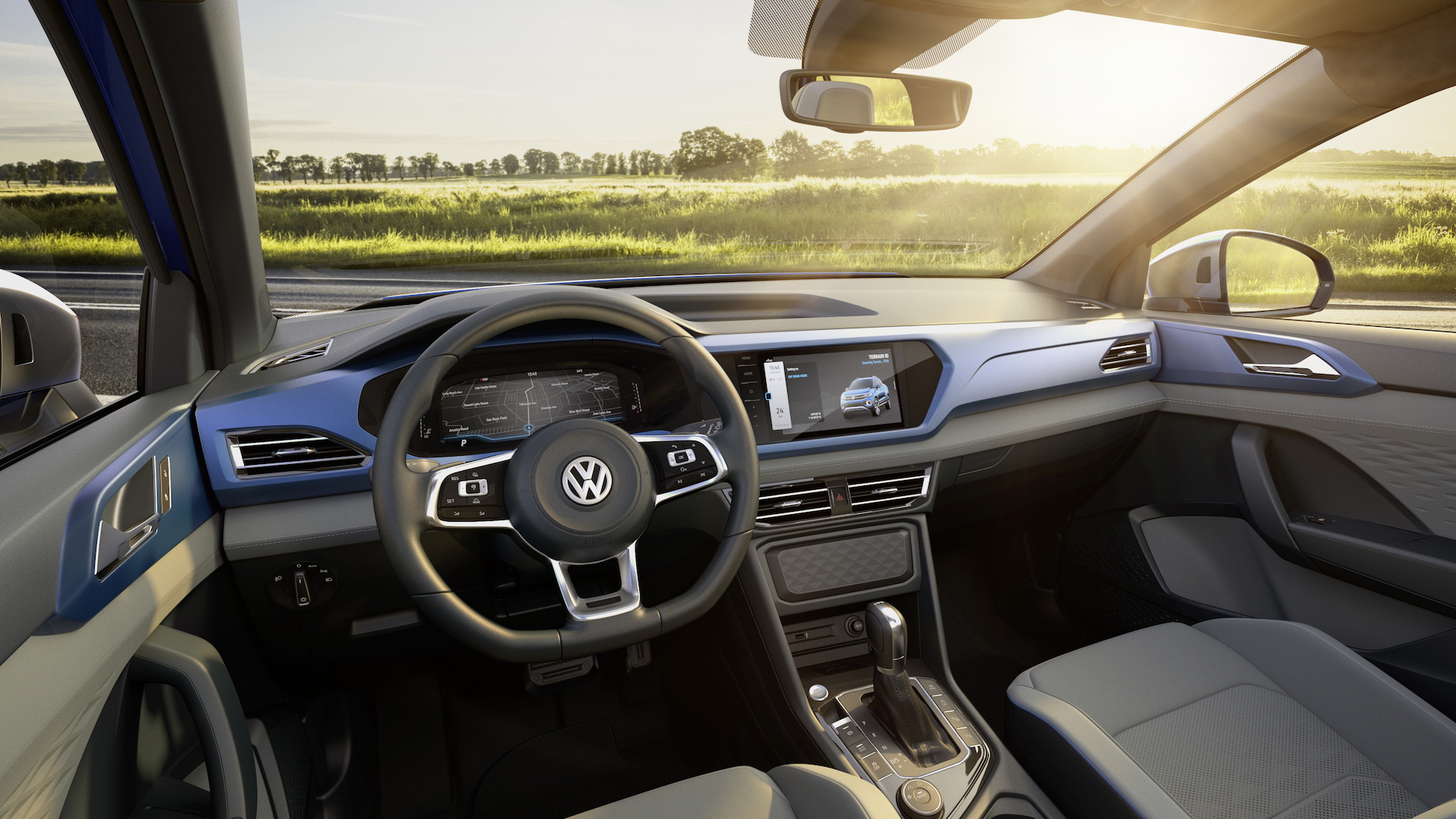 Volkswagen used the São Paulo, Brazil motor show to debut a concept for a compact pickup truck on Tuesday.

If the new truck, called the Tarok, looks pretty much production ready, that's because it is. In VW's announcement, the automaker said it is "certain" the Volkswagen brand will soon offer a production model based on the Tarok concept with "barely any changes" in Brazil. Add some production headlights and take away some of the LED light accents, and this is likely what the production Tarok will look like.

The pickup is a handsome thing with a targa-inspired roof bar, a sleek front fascia that sports the latest VW face, and taillights that span the entire rear.

Inside, things look just as production ready with the brand's Digital Cockpit front and center. A blue dash panel breaks up the tones of gray and black, and it also houses a large infotainment screen in the center stack.

While the concept features a 1.4-liter inline-4 engine, VW said the production Tarok will sport a 2.0-liter 4-cylinder turbodiesel. It will produce 148 horsepower, and a 6-speed automatic transmission will disburse that power to all four wheels via VW's 4Motion all-wheel-drive system.

One of the truck's party tricks is a pretty nifty bed. When a driver needs to lug around longer items, the back of the passenger cab can fold down. When folded, the bed's size increases for extra-long items for a total of 109 inches, or 9-feet-1-inch. The Tarok will also haul up to 1.1 tons, or 2,200 pounds.

Motor Authority reached out to Volkswagen and a spokesman confirmed the Tarok won't make it to the United States. The Tarok will be built specifically for Latin American markets with expansion possible in the future. Meanwhile, VW and Ford could have a deal in the works that could see the next-generation Amarok pickup share a platform with the Ford Ranger.

VW has also teased a pickup truck specifically for the U.S. with the Atlas Tanoak concept, but there's no word on whether the truck will reach production. Future utility vehicles from VW in the U.S. likely weigh heavily on just how much Ford and VW decide to collaborate.