Akio Toyoda, President of Toyota Motor Company, has long hinted he'd like to see Toyota's "three brothers" return to showrooms. The phrase refers to Toyota's original trio of sports cars: the MR2, Celica, and Supra. Now it appears the small mid-engine MR2 sports car might make a comeback with an electric powertrain.

In a Thursday report, Toyota's European Vice President of Sales and Marketing, Matt Harrison, told Autocar that an electric MR2 has reached the stage of discussions inside Toyota, but he offered no confirmation that it has the green light. However, he noted the model is a preferred addition to Toyota's vehicle portfolio.

This past September, Masayuki Kai, Assistant Chief Engineer on the Supra project, indicated Toyota wants to see both the Celica and MR2 return to production, but both need solid business cases. The Supra will join the 86 sports car in showrooms next year. Adding both the MR2 and a revived Celica would bring the total to four brothers instead of three. 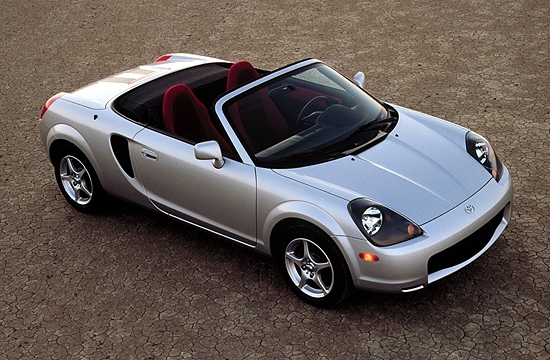 An electric MR2 could be an internal project, unlike the new Supra. While Toyota joined forces with BMW to engineer and build the Supra, the automaker's Toyota New Global Architecture would work well for an electric mid-engine sports car. Packaging would allow the electric motor to reside behind the driver and the battery pack would sit under the floor for a low center of gravity.

Toyota could also once again pair with another automaker to build a mid-engine sports car, or engineer a new mid-engine platform from the ground up. Neither appears to be a solid business case compared to an in-house electric sports car.

Turning the MR2 into an electric sports car also fits with comments made by Supra chief engineer Tetsuya Tada. He said the Supra would be the final "present" from Toyota to enthusiasts without any sort of electrification.