The second model from new Russian luxury brand Aurus has been spotted on the streets of Moscow.

Still in development, the model is a minivan to be called the Arsenal and due on sale in Russia in 2019. It will join the Senat sedan in the Aurus lineup, a stretched and heavily armored version of which serves as the presidential limo for Vladimir Putin.

Several photos of the Arsenal posted on Motor1 reveal a design language shared with the Senat. The same design theme will appear on an Aurus SUV to be called the Komendant.

Styling isn't the only aspect common to the three models. They all ride on a shared architecture known as the Unified Modular Platform. 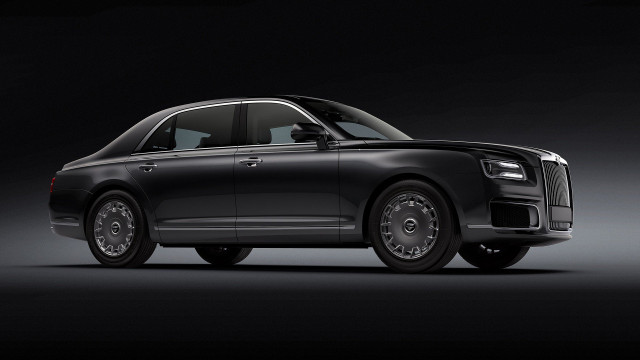 Power in the Arsenal is expected to come from the same V-8-based hybrid powertrain found in the Senat. The powertrain combines a 4.4-liter twin-turbocharged V-8 with an electric motor for approximately 598 horsepower. Completing the drivetrain is a nine-speed automatic transmission and all-wheel-drive system.

In case you were wondering, the Senat, Komendant and Arsenal take their names from the towers at the Kremlin, while the Aurus brand name is a portmanteau of Aurum, Latin for “gold,” and Russia.

Sales will initially be in Russia but Aurus is looking at other markets, specifically China and the Middle East. China is expected to follow with its own range of luxury vehicles from its historic brand Hongqi. Former Rolls-Royce designer Giles Taylor was hired in September to help pen the models.