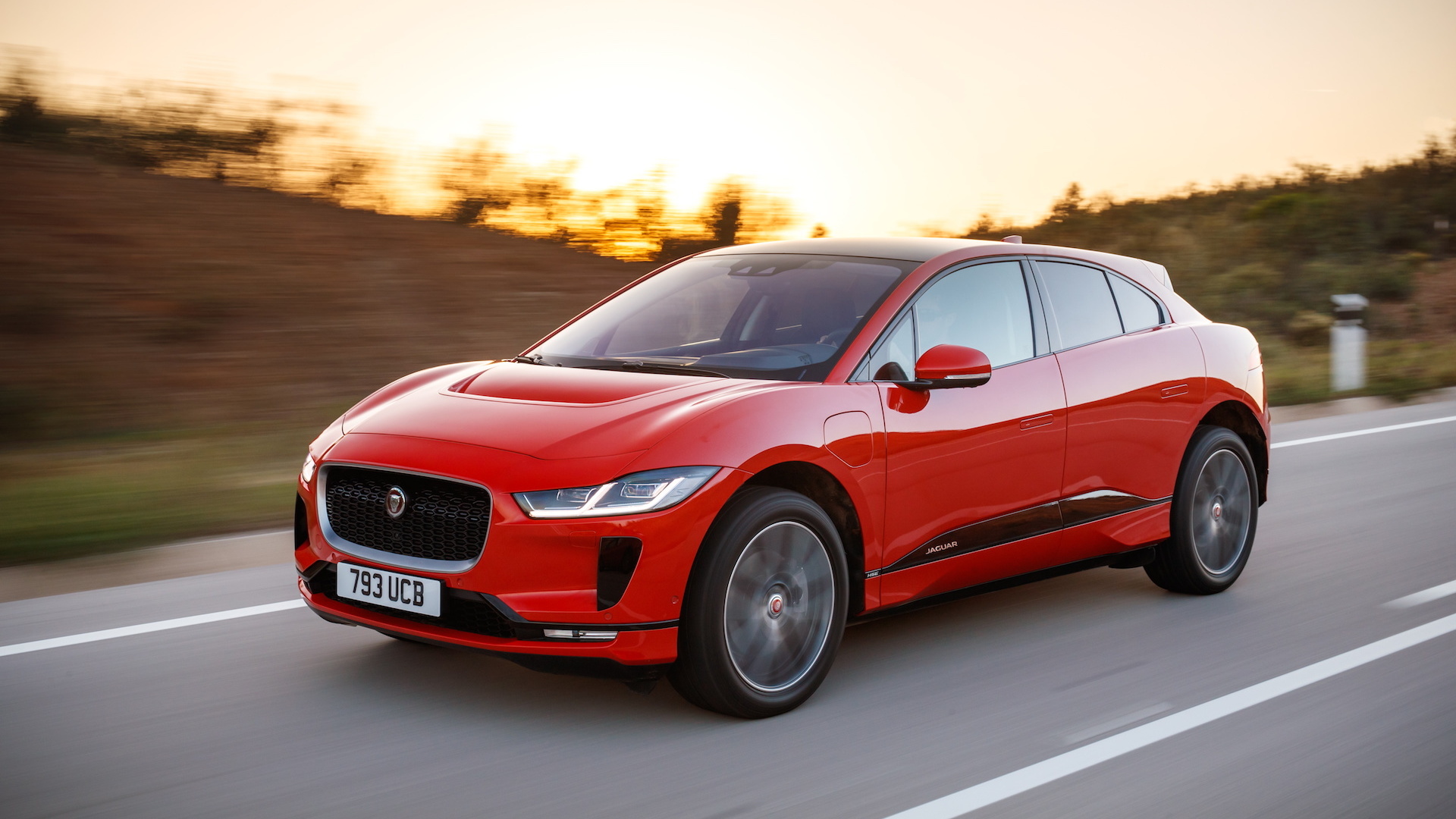 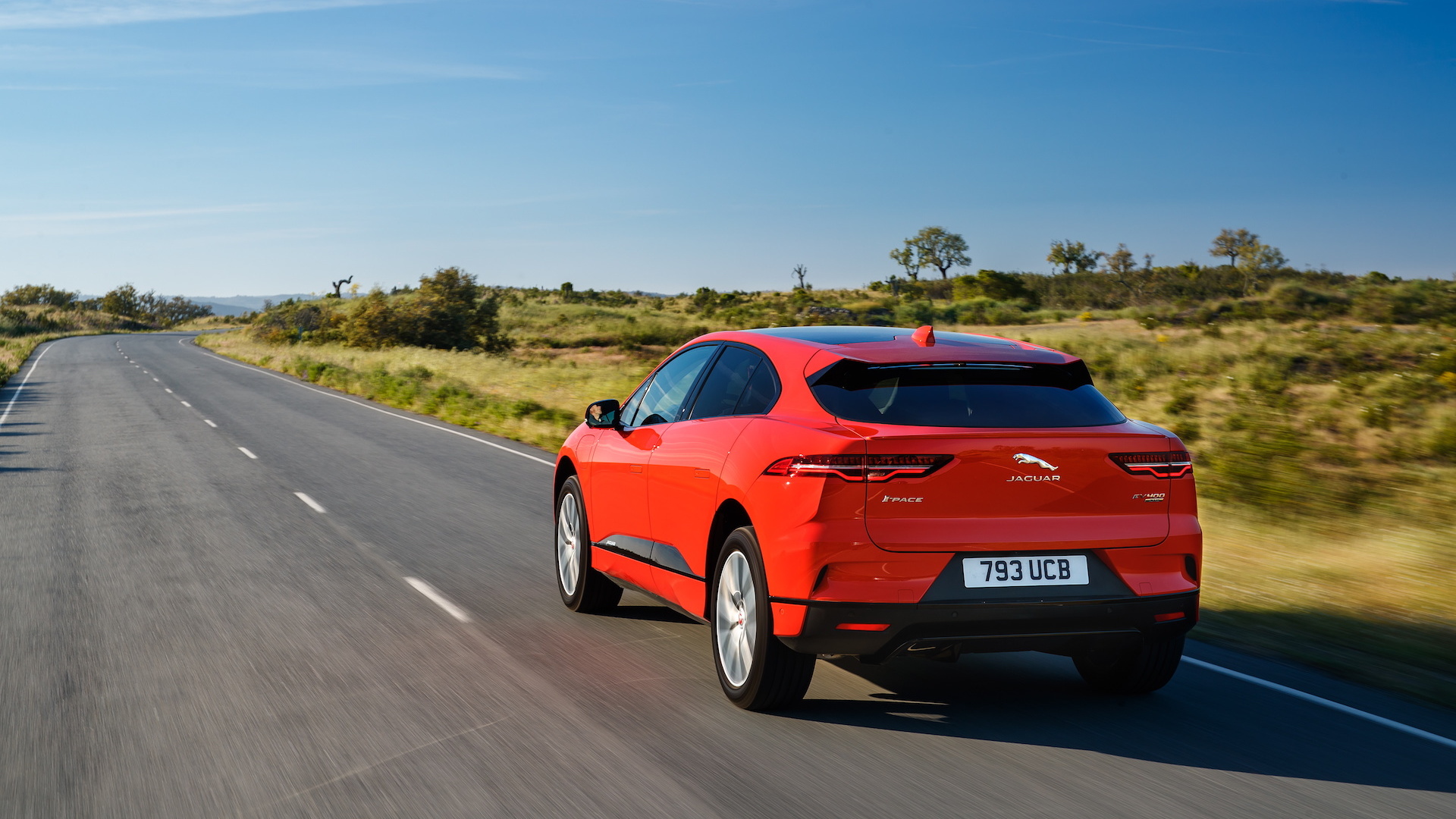 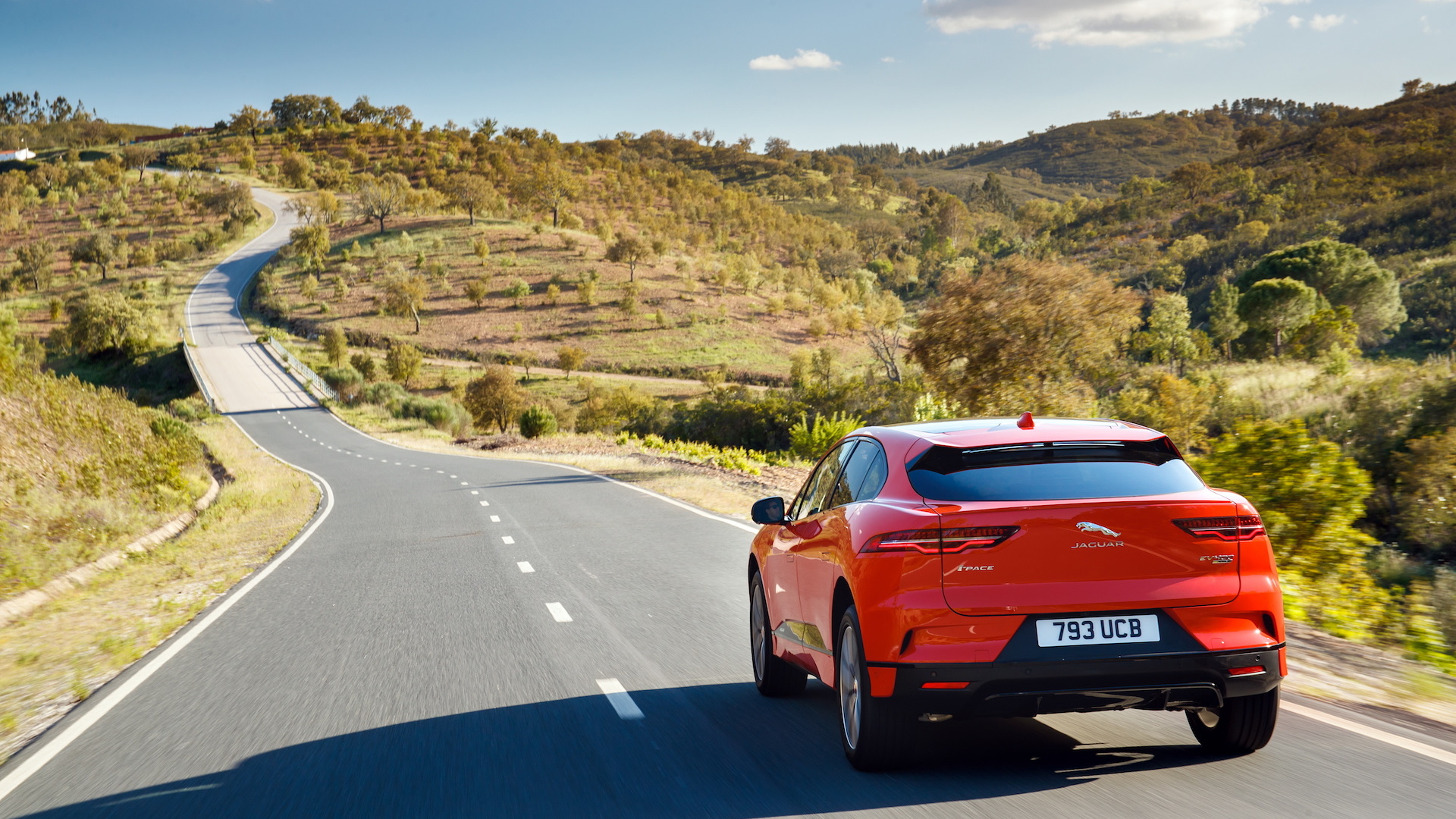 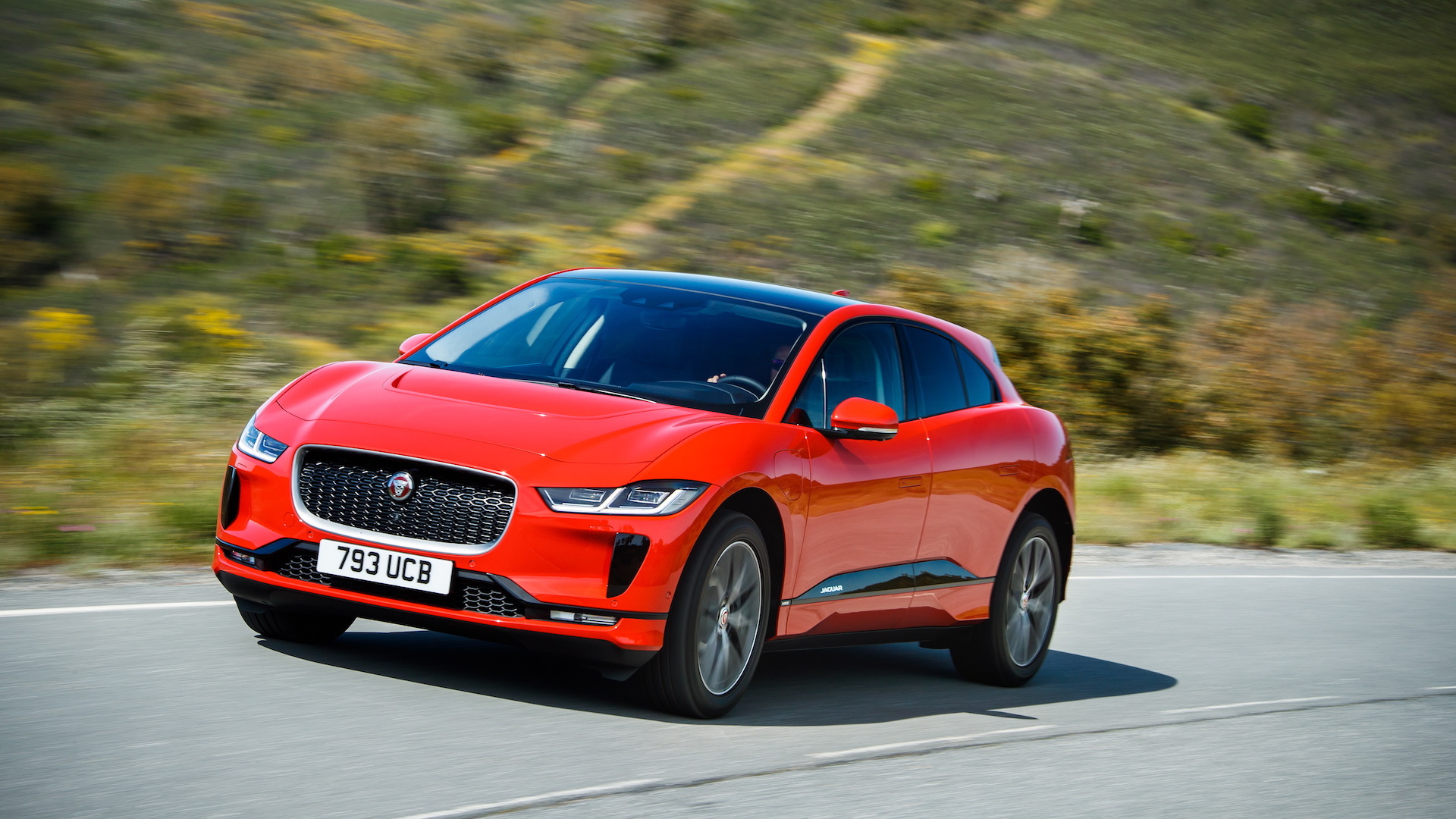 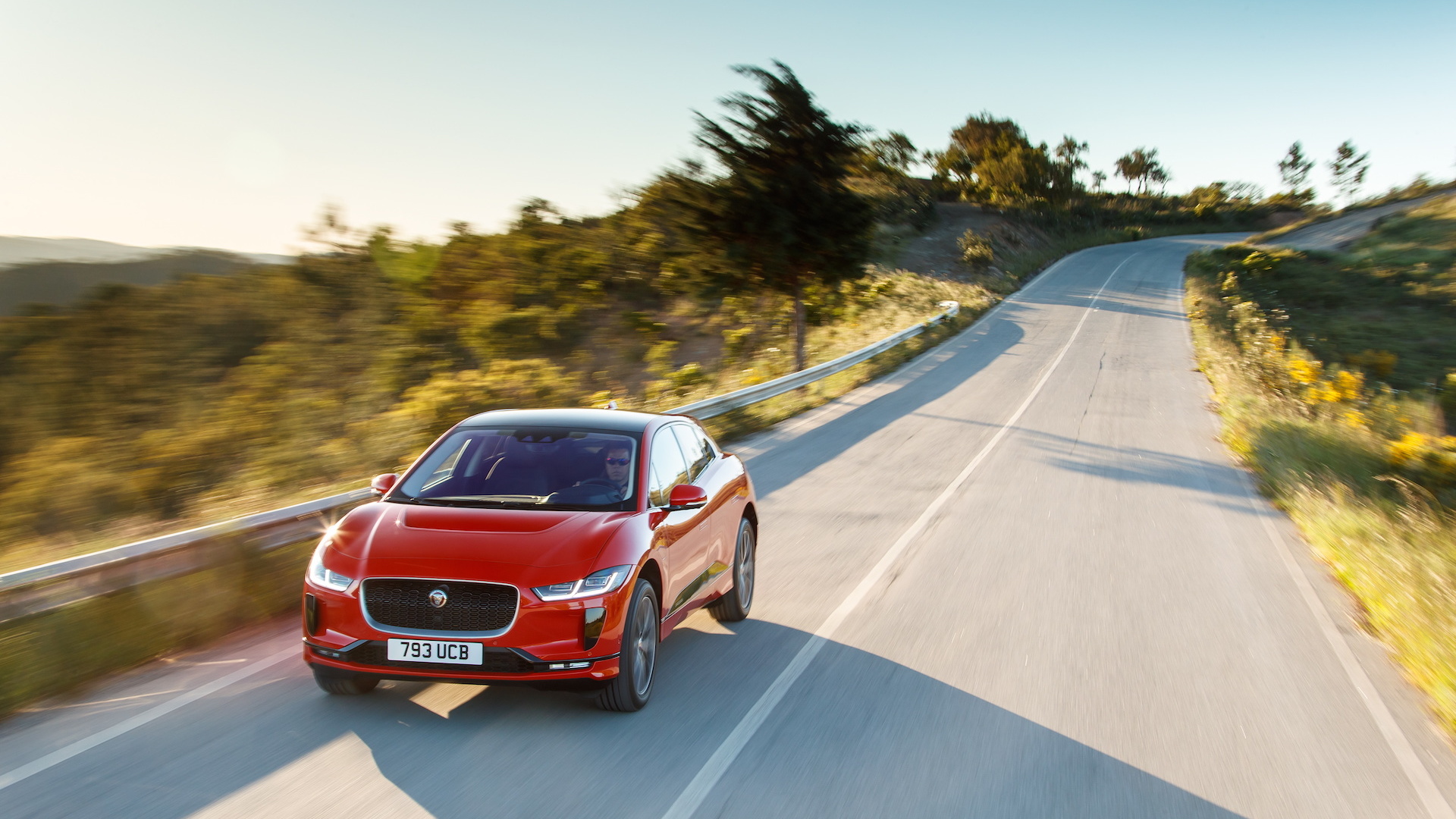 Automakers are jumping into the electric pool left and right. To the world's surprise, the first true all-electric luxury challenger to Tesla didn't come from Germany. It came from England.

Jaguar beat the Germans by six months, and did it with style. Not only does the I-Pace look good, but it performs well, too.

Jaguar's first battery-electric vehicle, the I-Pace, uses a 90-kwh battery to feed twin electric motors (one per axle) to generate a total of 394 horsepower and 512 pound-feet of torque. This setup can rocket the I-Pace 0-60 mph in 4.5 seconds. The EPA-rated range of 234 miles falls just short of Tesla's Model X, but it's likely to fall right in line with the German competitors when they arrive.

ALSO SEE: Proposed Jaguar I-Pace SVR could be too quick for untrained drivers

One glance at the I-Pace and it's clear it's a Jaguar. The long-cabin, short-nose design looks like no other electric vehicle, and while vastly different than its F-Pace and E-Pace siblings, it's clearly related. It's more hatchback than crossover SUV. It might have less interior space, flexibility, and functionality than a Model X, but it looks more elegant.

Inside the I-Pace utilizes familiar controls and switchgear from other Jaguar Land Rover products, though It has few buttons and three digital screens. The environment is far more upscale than the other Jaguar crossovers. Everything's swaddled in twin-stitched leather, or "vegan" leather for those who want to be kind to animals while saving the planet.

The 4,784-pound curb weight doesn't seem to affect the I-Pace's swift acceleration, and the weight of the battery pack rests low under its cabin floor for better handling and roadholding. Around a corner the all-electric Jaguar is surefooted and crisp with the ability to absorb most bumps or imperfections along the way.

The handsome 20-inch wheels and low-profile tires provide a harsher ride than the standard 18-inch wheels on the base S trim. Beauty has its drawbacks.

CHECK OUT: Listen to the Jaguar I-Pace's audible vehicle alert

With brisk power, one-pedal driving ability, and even some racetrack capability, the I-Pace is everything we had hoped for behind the wheel.

But it's not perfect.

Jaguar lacks the fast-charging infrastructure that serves Tesla owners so well. The I-Pace's CCS fast-charging rate also maxes out at 100 kilowatts, which is lower than Tesla's Supercharger rate.

As the first luxury electric car to truly challenge Tesla, the Jaguar I-Pace earns a spot as a nominee for Motor Authority's Best Car To Buy 2019 award. That status is only enhanced by its immediate torque, versatile cargo room, and playful handling.

Can the I-Pace beat out the competition to win? Come back on Nov. 12 when we reveal our winner, along with the champs from our sister sites, The Car Connection, and Green Car Reports.