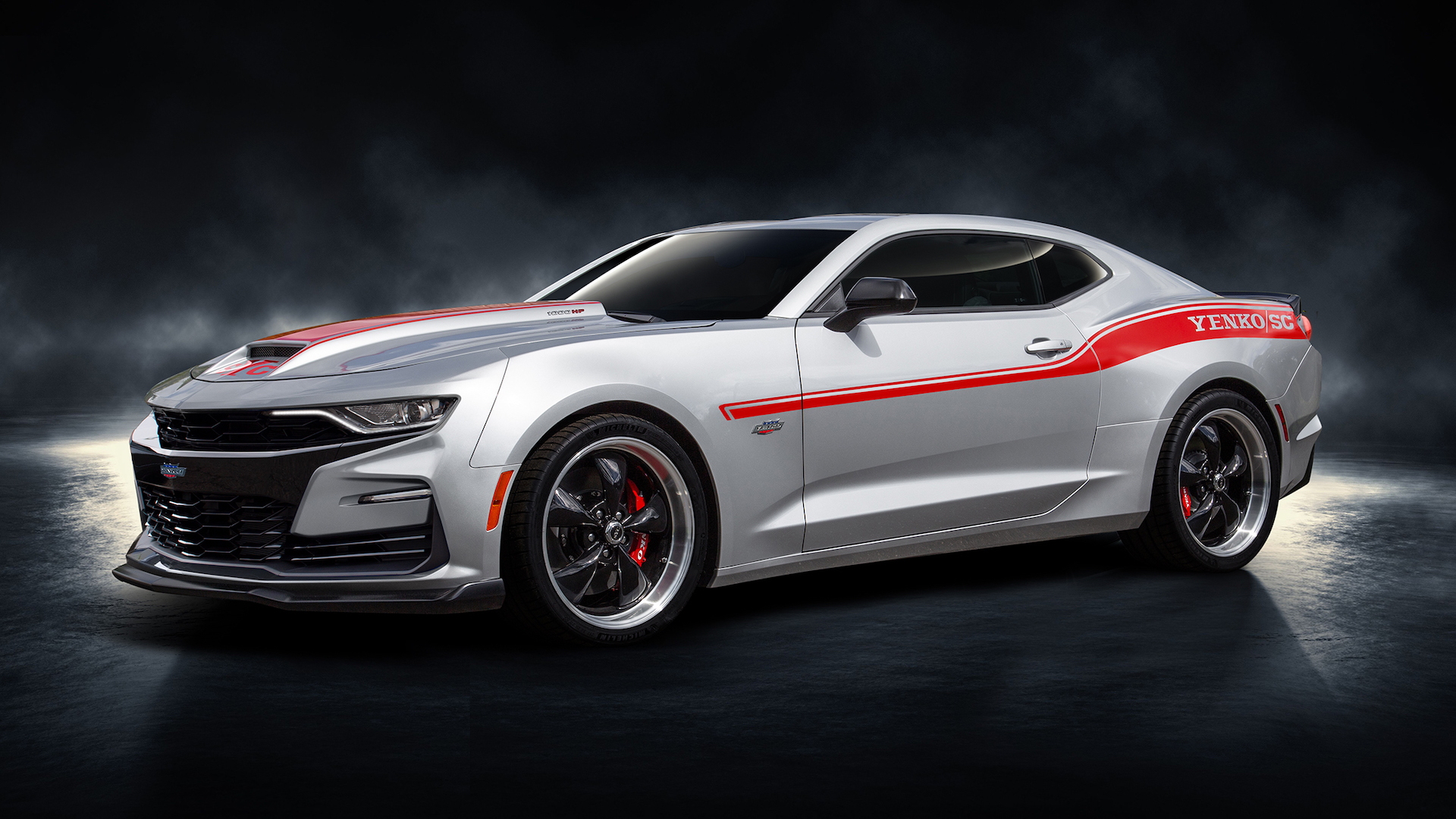 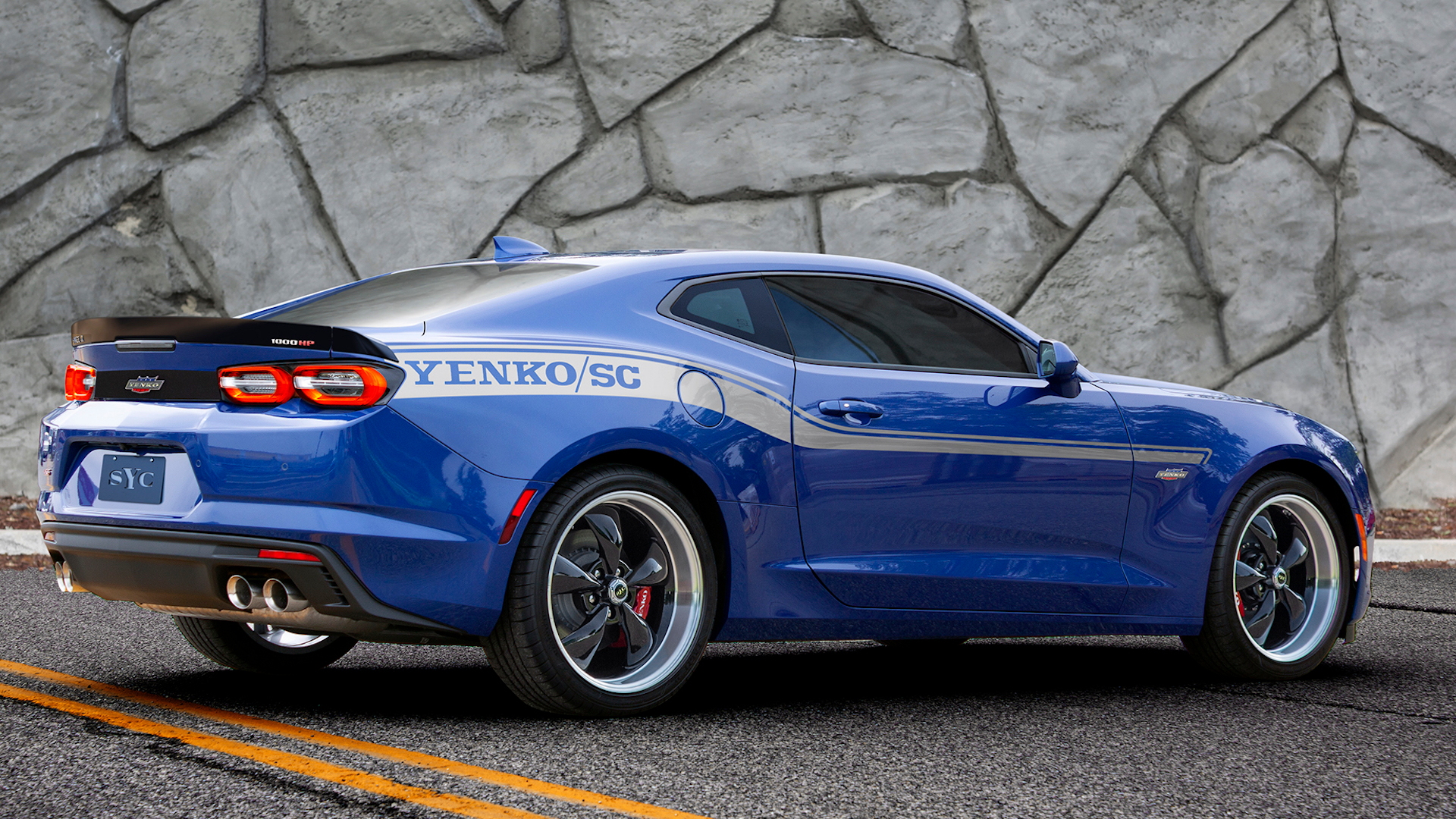 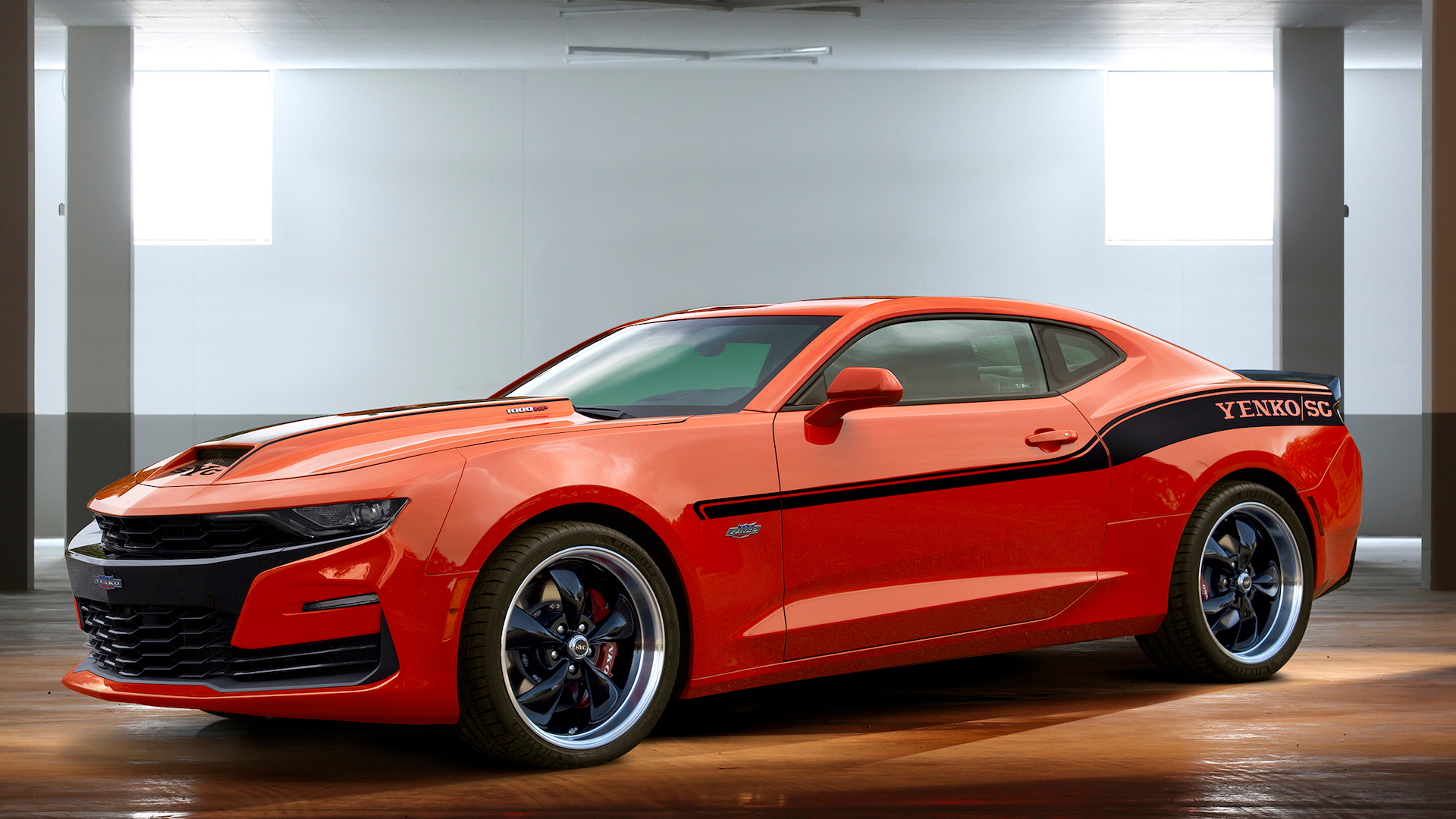 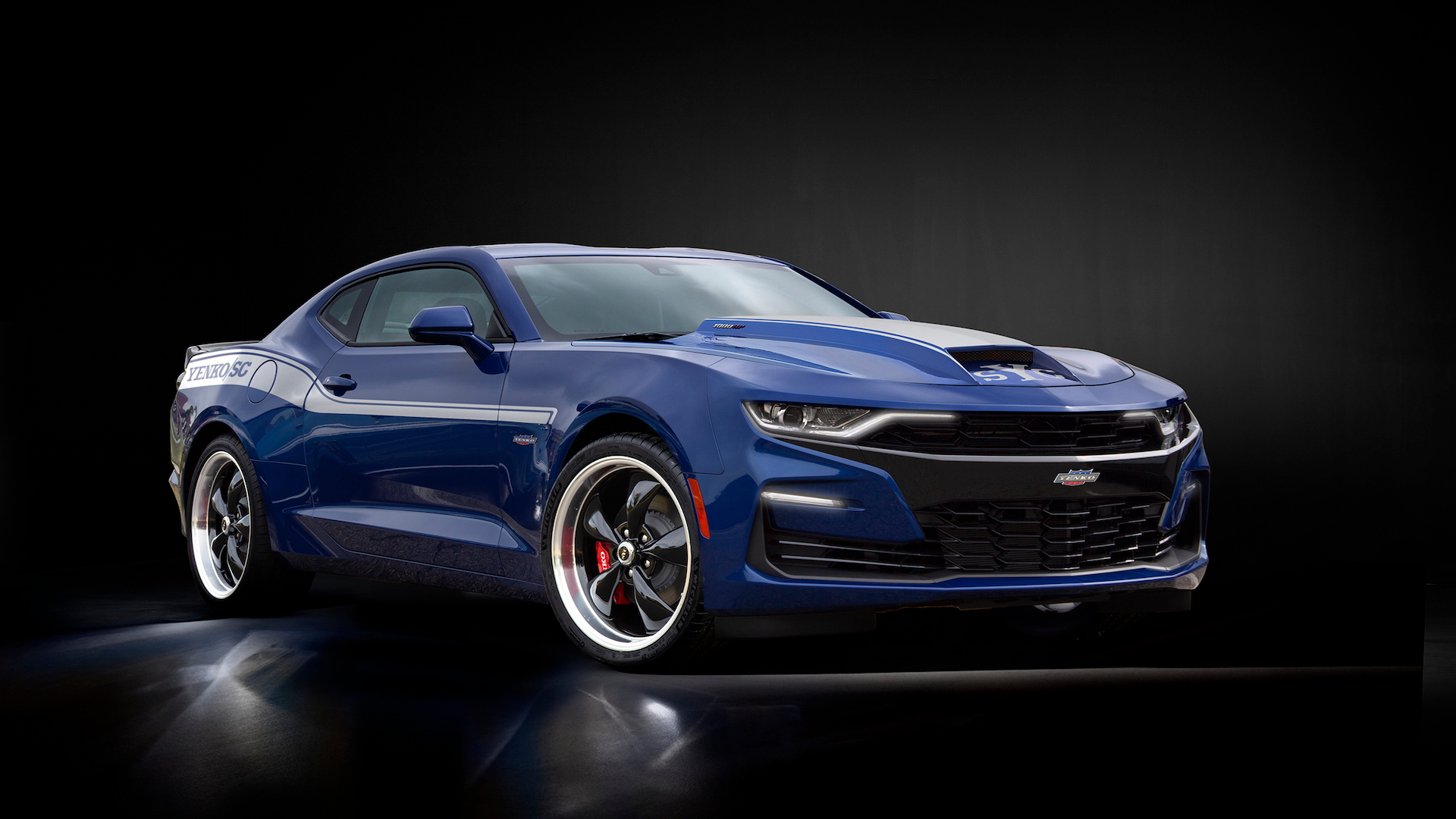 Specialty Vehicle Engineering has a 2019 Yenko Chevrolet Camaro package with 1,000 horsepower and updated looks to enhance the refreshed pony car.

SVE installed an LT1-based 6.8-liter V-8 engine and married the stroked engine to a supercharger to achieve the staggering 1,000-hp figure. Each 2019 Yenko Camaro is based on a standard Camaro 1SS or 2SS trim; the latter earns more creature comforts from the factory. All cars will be equipped with the 1LE package before SVE even gets its hands on the car.

The 1LE track package adds track-focused equipment such as Magnetic Ride Control, a functional rear spoiler, electronic limited-slip differential, performance suspension, and a heavy-duty cooling system. Recaro seats are also part of the 1LE package and will be standard with each 2019 Yenko Camaro. Obviously, the cars gain special Yenko stripes and badging around the exterior to mark their significance. Each will also be numbered and come with a manufacturer's certificate.

The 1,000-hp Yenko Camaro is the company's Stage II package. SVE will also build a Stage I package that produces 835 hp, as if the figure is some kind of penalty box. That's still 385 hp more than a stock Camaro SS.

SVE has spent the last few years cranking out numerous Yenko-branded vehicles. We've seen our fair share of previous Yenko Camaros, a 1,000-hp Yenko Corvette, and even an 800-hp Yenko Silverado. The company was chosen as the sole manufacturer of the current-generation Yenko cars, and customers can even order SVE's creations from select General Motors dealers.

Speaking of ordering a Yenko Camaro, SVE plans to build 25 Stage II cars. Each will cost $66,995 atop the price of a 2019 Camaro SS with the 1LE package. Cruising over to Chevrolet's build configurator shows a new Camaro 1SS 1LE costs $44,995, bringing the cheapest Yenko Camaro to $111,990. SVE will also offer a few other options such as hood and stripe graphics, embroidered headrests, and a painted supercharger that will push the final price up marginally higher.