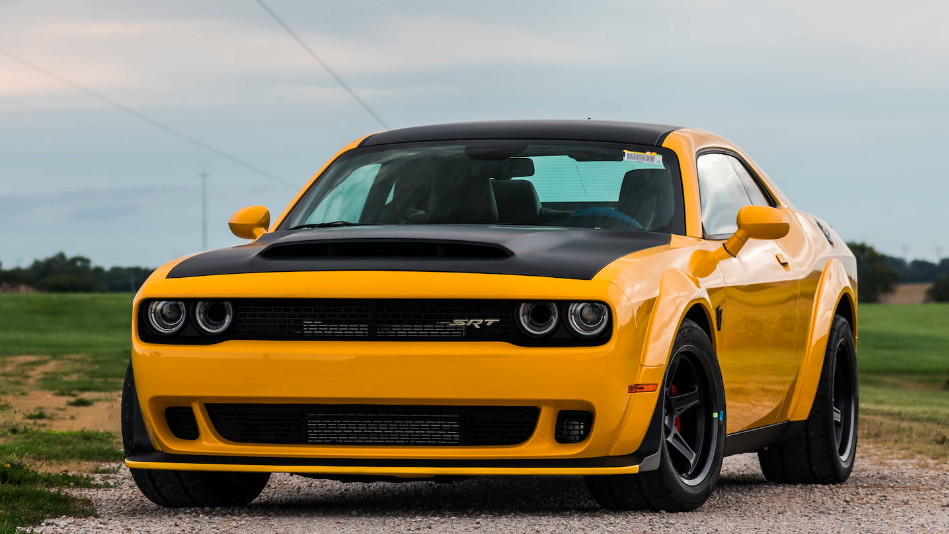 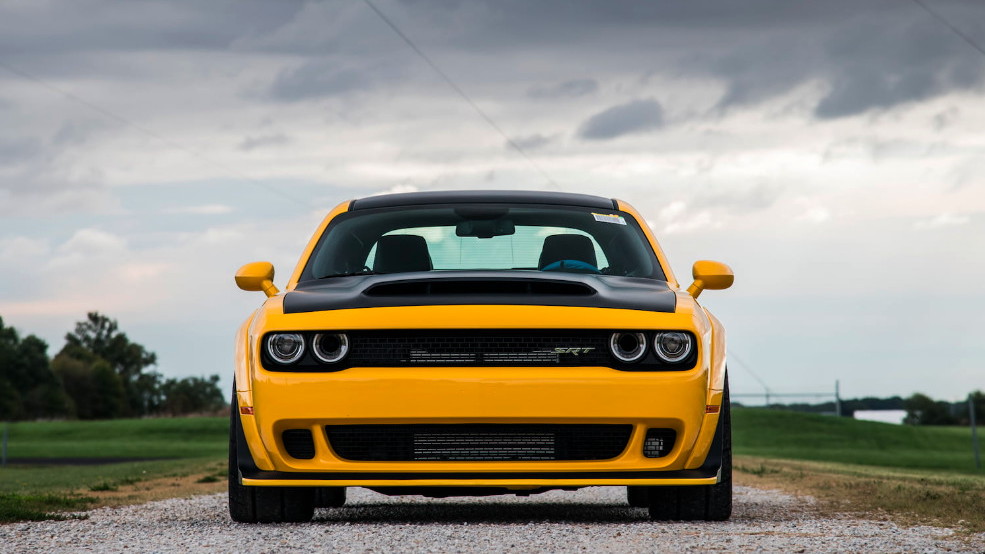 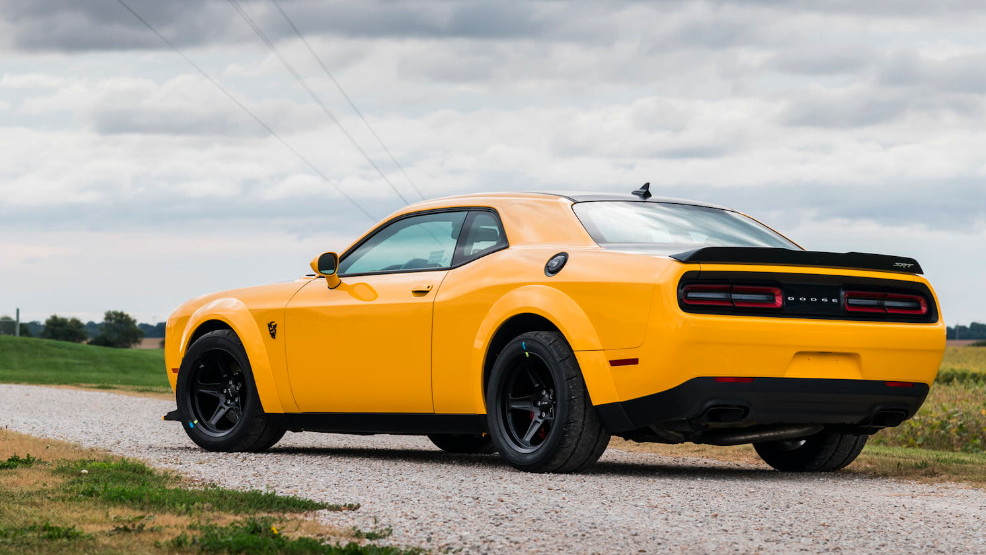 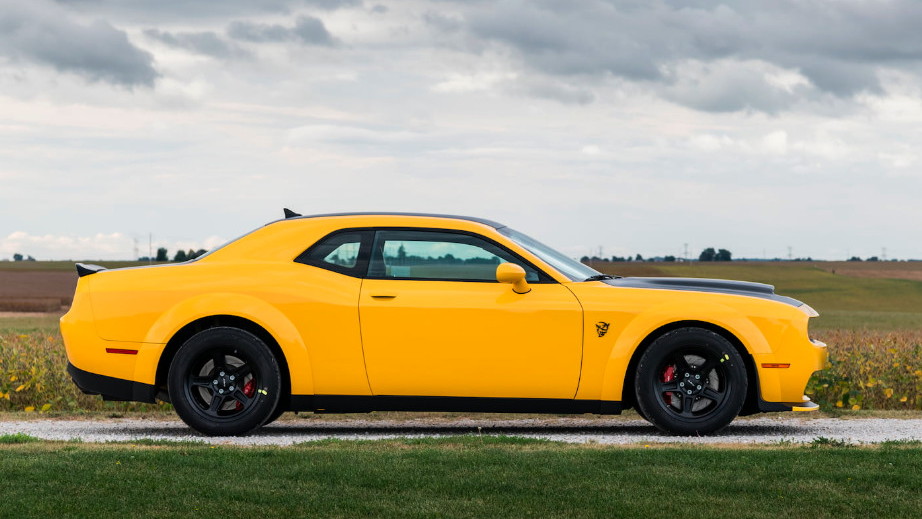 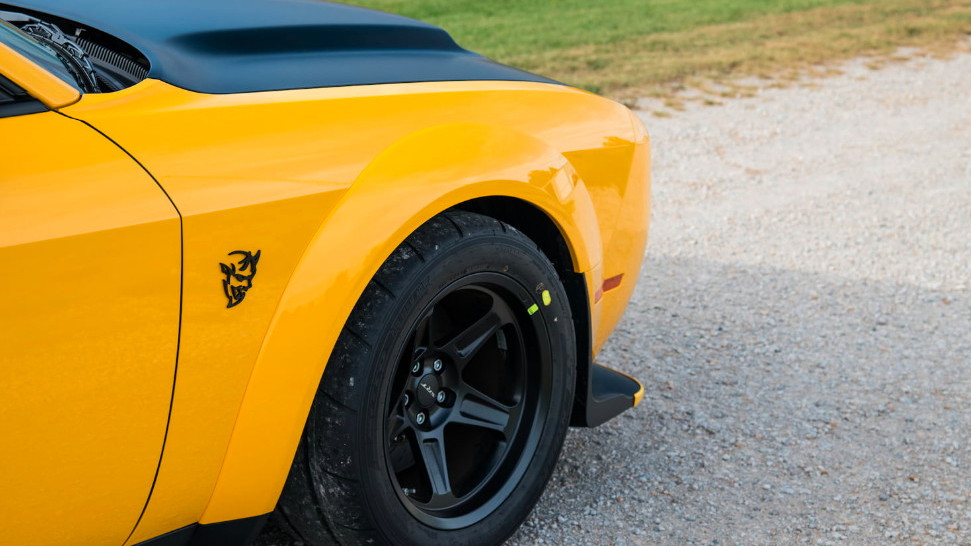 If someone gifted you a car, would you drive it? I assume you would. Especially if that car happens to be an 840-horsepower Dodge Challenger SRT Demon.

Michael Andretti has access to all sorts of cars, so when he's given a Demon he doesn't need to drive it. That's why his car is heading to auction with just 13 miles on its odometer.

This yellow 2018 Demon is car number 47. The first 50 built were destined for VIPs and company executives, according to the car's listing by Mecum. That's the auction house handling the sale of this car at a Dallas sale running October 3-6.

It was specifically built for Andretti, and the winning bidder gets the Demon Crate package that was delivered along with the car itself. In the cabin you'll find plastic protectors on the seats, those 13 miles on the odometer, and nary a sign of any dealer prep. This car is as it was when it rolled off the assembly line. That means the transbrake hasn't had to hold back all of that power from the 6.2-liter supercharged V-8. Nor has the ZF eight-speed been given free reign over a drag strip's quarter mile stretch of asphalt.

Will its lack of mileage and race car royalty ownership help the value? Certainly, but don't expect insane numbers. Demons are selling at auction. Just not for the crazy amounts many may have predicted. A recent example saw a pair of Demons fetch $123,750 and $132,000 at a Mecum event in Kentucky. That's a hefty $40,000 and $50,000 over the $86,090 retail price, but it's nowhere near the amount that dealers were originally charging when applying eye-watering markups.

There's no doubt the Demon will go down in history as an incredibly collectible machine. This one is helped by its essentially never-driven status and Andretti ownership. But we still don't expect it to earn over $200,000 at the auction block.

30 years from now though...you might be adding a zero to that hammer price.