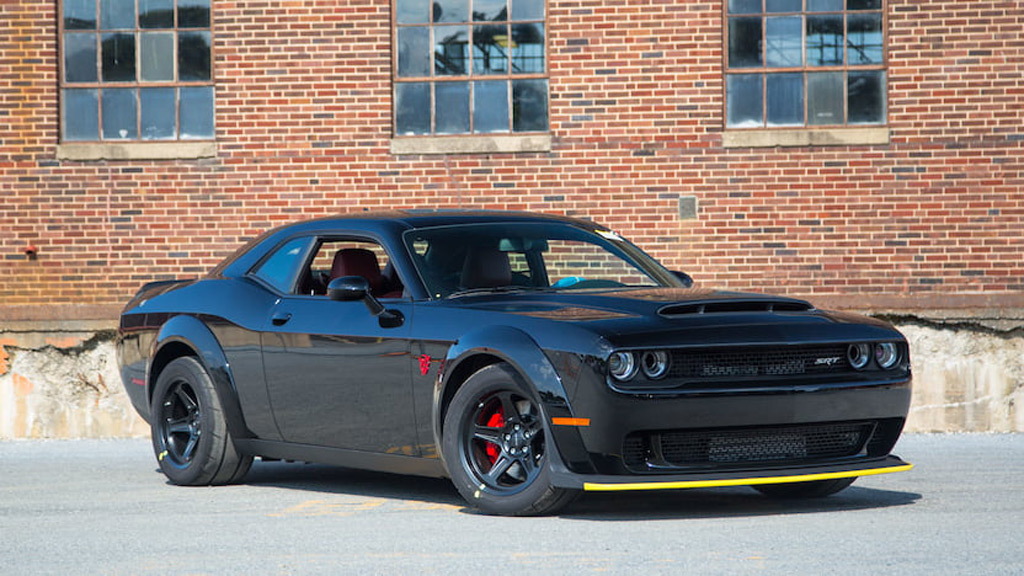 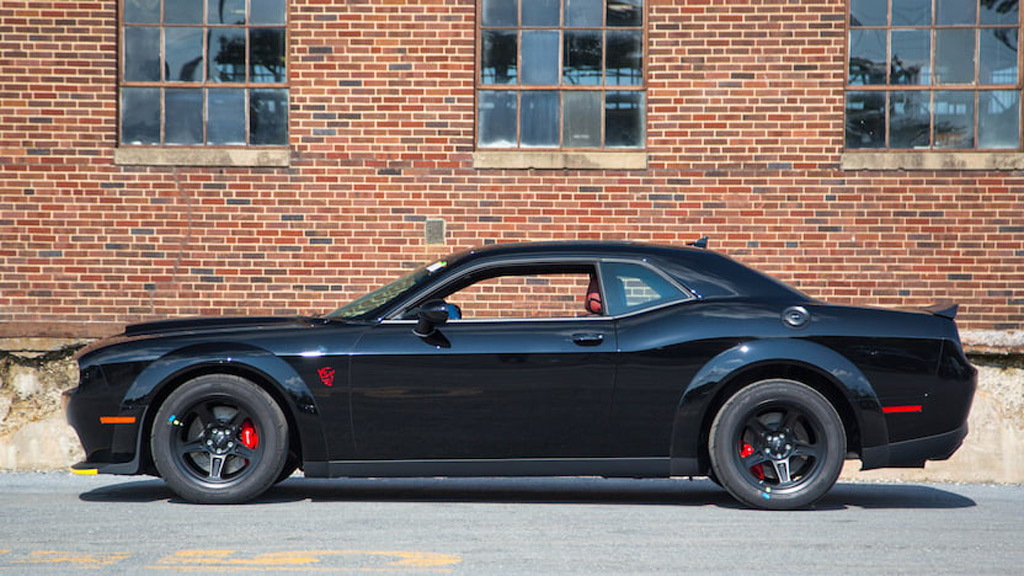 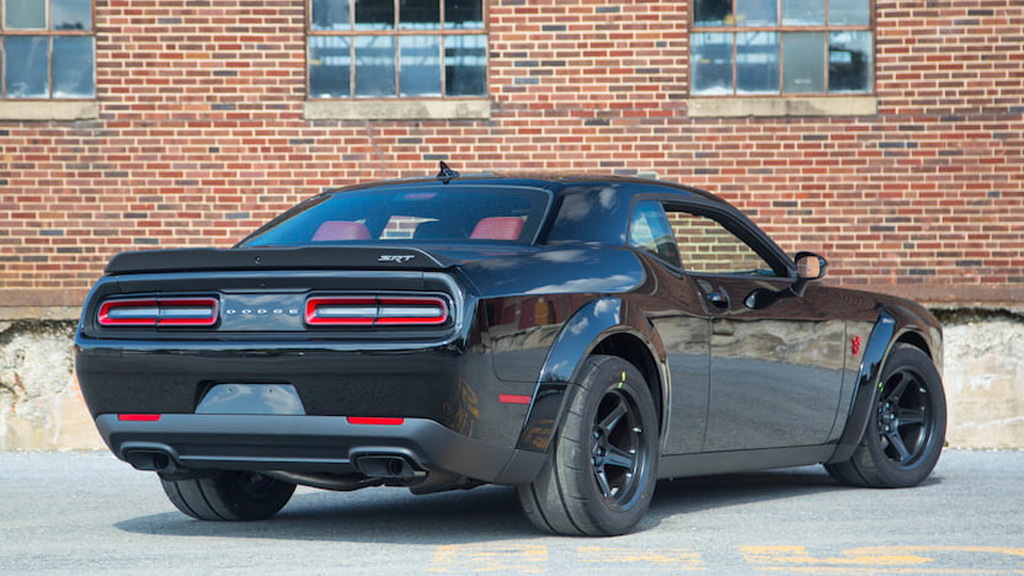 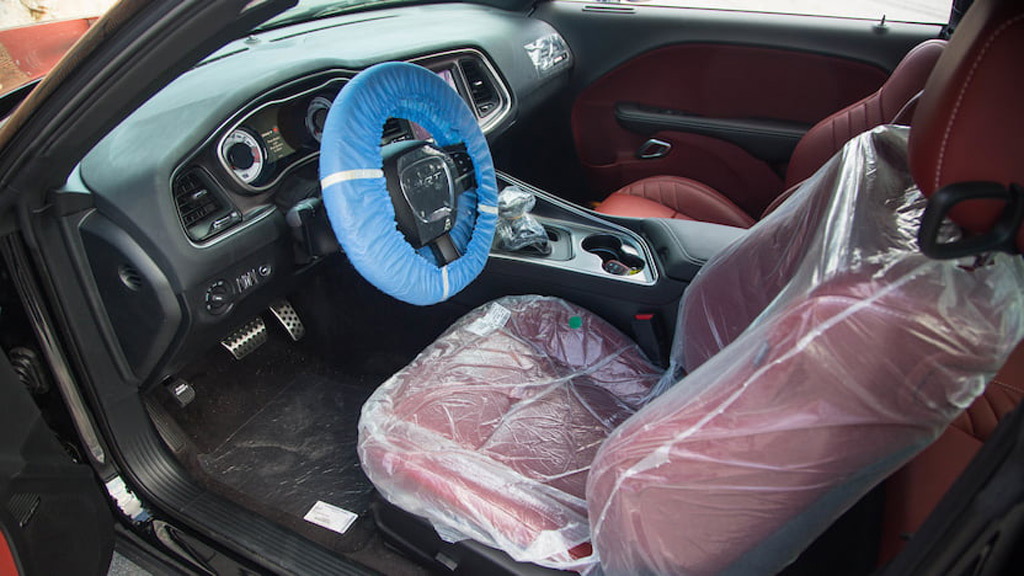 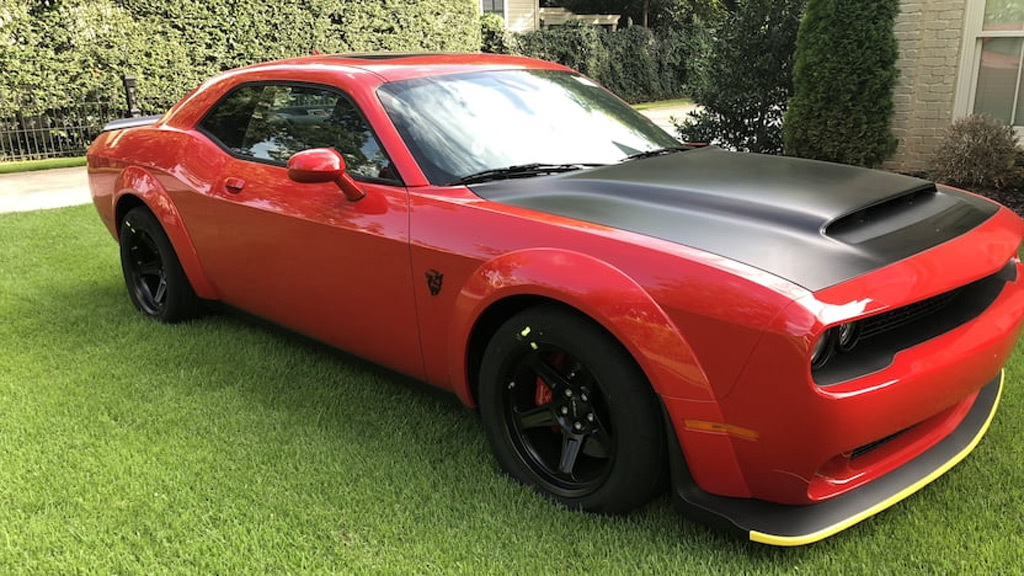 That's a ton of cash for a Dodge, but it's actually a fantastic deal considering the Demon is an 840-horsepower drag-strip all star built in a limited run of just 3,300. Good luck finding one for under $100,000, of course, as dealers and sellers are marking them up like crazy.

You'd think that would be a recipe for some wild bids at auction, but it turns that it isn't the case.

Auction house Mecum sold two Demons each with delivery miles only at its sale in Louisville, Kentucky on September 7 and 8.

A factory fresh example in black—we're talking not even dealer prepped—only managed $123,750. Another example in red didn't do much better as its final bid came in at just $132,000.

That means buyers were ready and willing to fork out between $40,000 and $50,000 over the original asking price of the Demon. Sure that sounds excessive, but considering some dealers originally marked up the car by $175,000, it's not that bad at all.

The Demon is an absolutely wild machine. Under the hood you'll find a 6.2-liter supercharged V-8 capable of producing 840 horsepower when sipping race fuel (808 hp on pump gas). That power puts the Demon higher on the horsepower list than many far more expensive vehicles. It's also faster to 60 mph from a standstill than almost every other production car out there too. Mash the throttle from a stop and you'll see the speedometer sweep past 60 in just 2.3 seconds.

The fact that Dodge originally sold these for under $90,000 is almost laughable. This is a once-in-a-lifetime car that will mark a high-water moment for the era of cars undiluted by electrification.