One of the perks of being the head of state of a major country is that you normally receive a heavily armored albeit still plush limo to ride in.

And when we're talking nations the size of the United States, you'll find the leaders often receive standalone models you don't get in a showroom. Case in point is the new limo recently delivered to President Donald Trump.

He was spotted with the custom Cadillac-branded car for the first time on Sunday leaving New York City's Downtown Manhattan Heliport. The presidential limo appears briefly in the video above at the 3:06 mark.

President Trump, as seen from Marine One, arrives in New York City for #UNGA pic.twitter.com/p6ZVoamnaS

Trump's limo has been in development since at least 2013, when $15.8 million worth of construction contracts were awarded to General Motors. It was originally due for his January 2017 inauguration but couldn’t be delivered as development wasn't complete (he's been using Barack Obama's limo in the meantime).

Cadillacs have been used to transport the President of the United States since the 1980s, but since the administration of George W. Bush the cars have been custom creations based on truck platforms. Because of their size and strength, the cars have earned the Beast nickname.

For security reasons, details are a tightly guarded secret. However, previous presidential limos have come with race car-style Halon fire-suppression systems, Kevlar-reinforced run-flat tires, a trunk filled with weapons and protective gear, a standalone oxygen supply in case of gas attacks, emergency medical equipment (including spare blood for the president), and a small armory filled with weapons and protective gear. 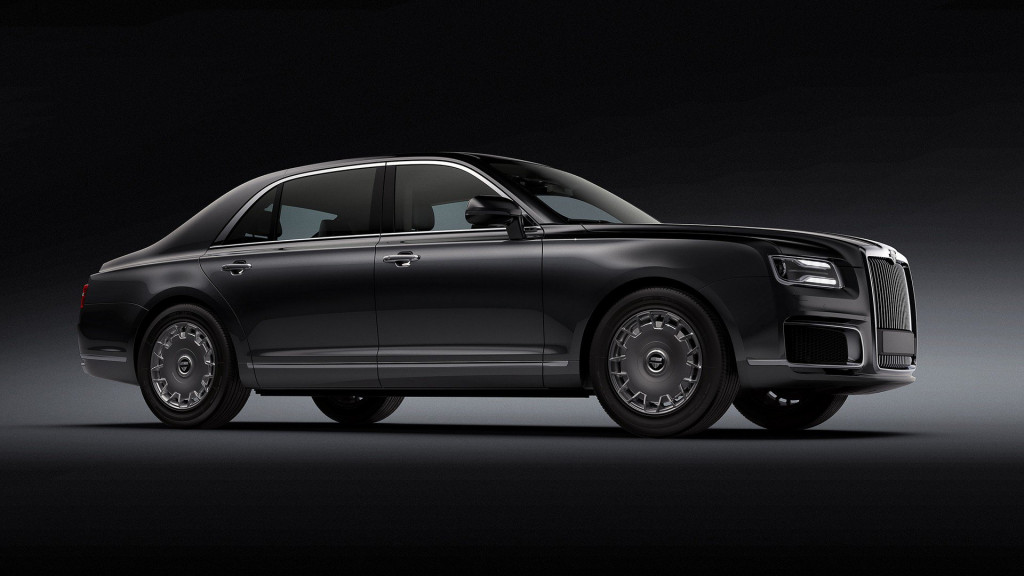 Trump's counterpart in Russia, President Vladimir Putin, also has a new presidential limo. He took delivery of his in May during his most recent inauguration ceremony held at the Kremlin.

Unlike Trump's limo, a civilian version of Putin's limo is bound for production. It's called the Aurus Senat (shown above) and was unveiled in August during the 2018 Moscow auto show. Sales are due to start in Russia later this year.

Interestingly, Chinese President Xi Jinping may soon have a presidential limo of his own as well. Chinese automaker FAW Group is in the process of reviving historic brand Hongqi as China's premiere automotive label and has hired former Rolls-Royce design chief Giles Taylor to pen new models for the brand. One of them is thought to be a spiritual successor to the CA770 state limo introduced in the 1960s.