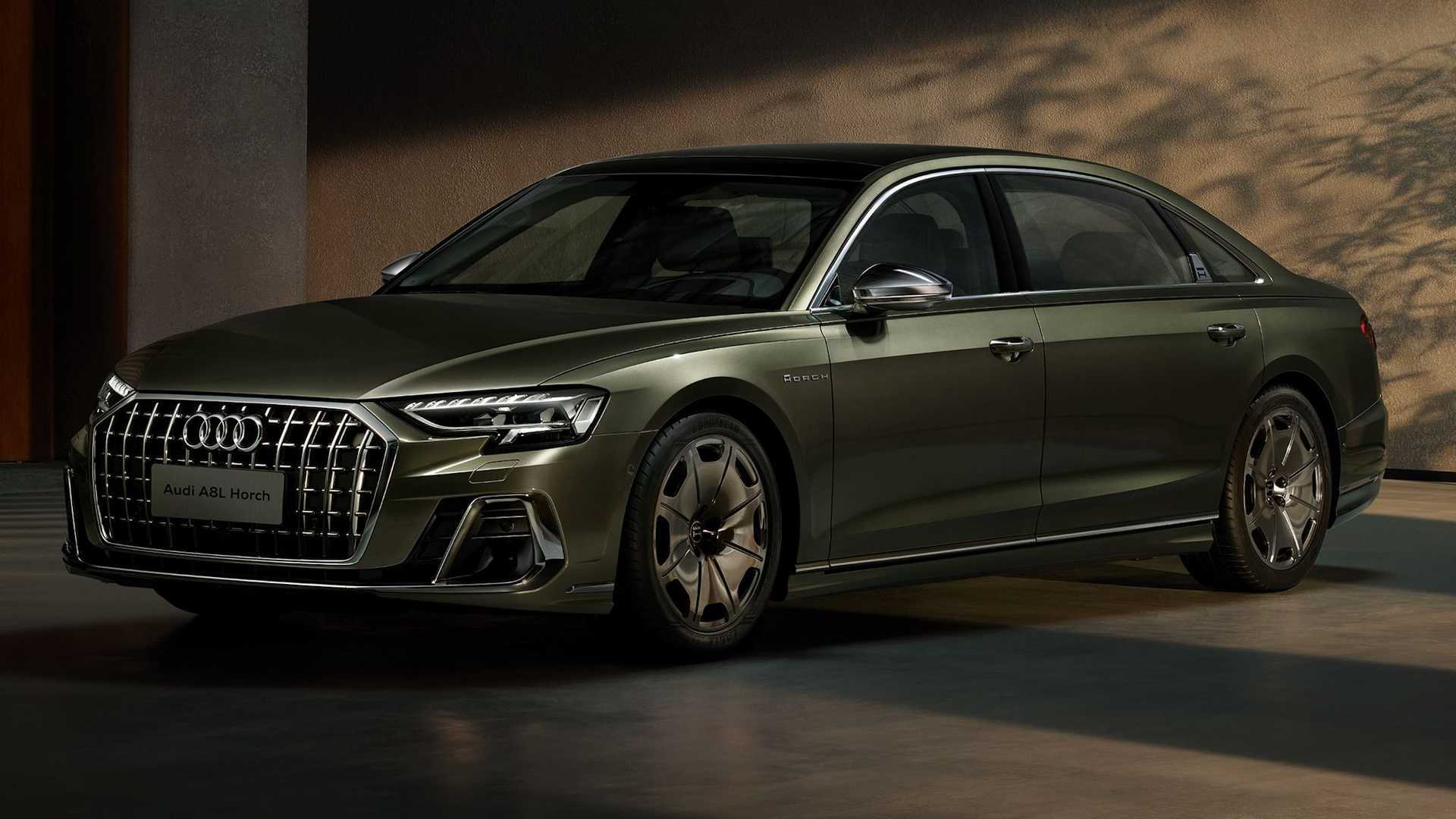 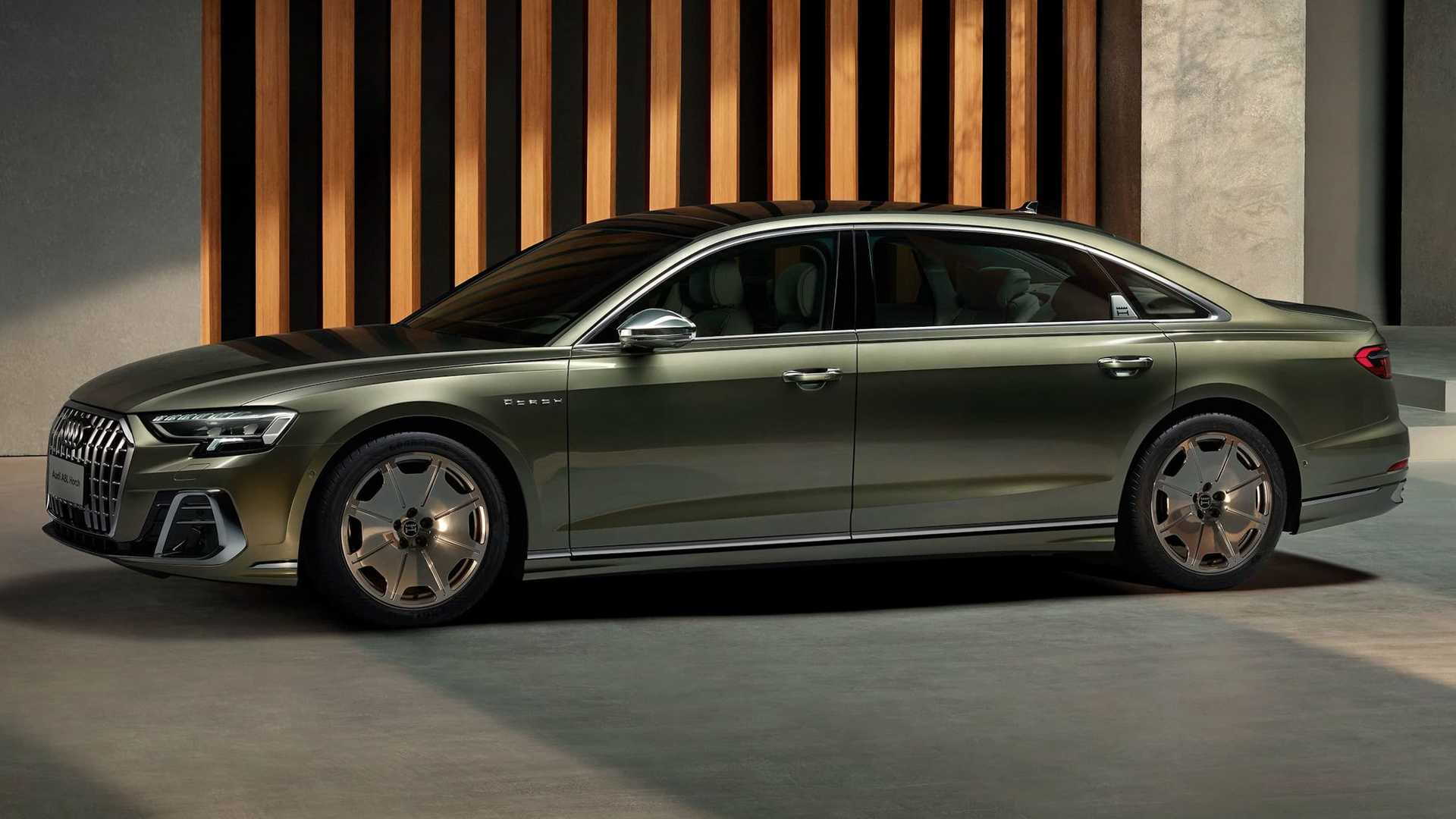 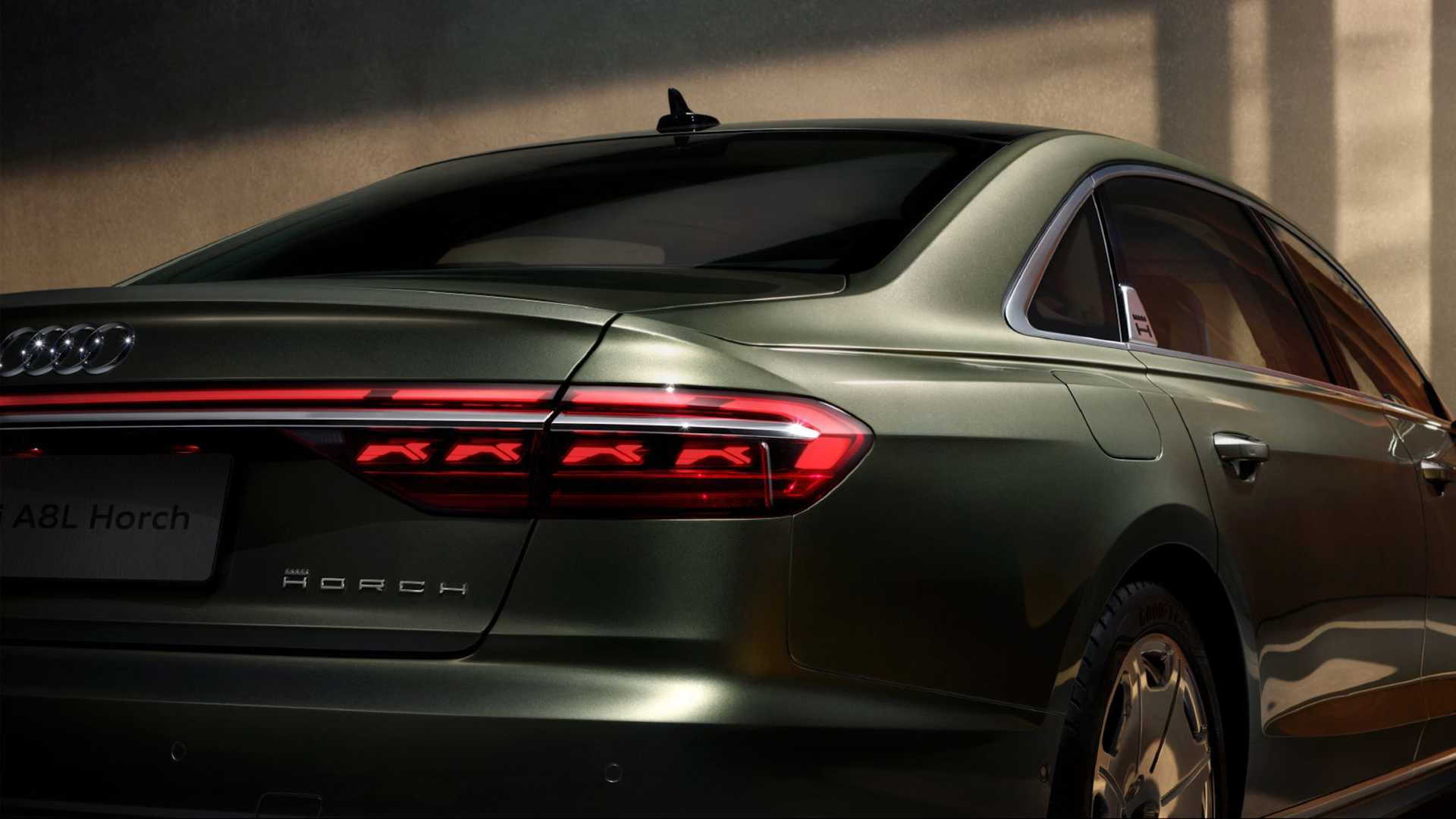 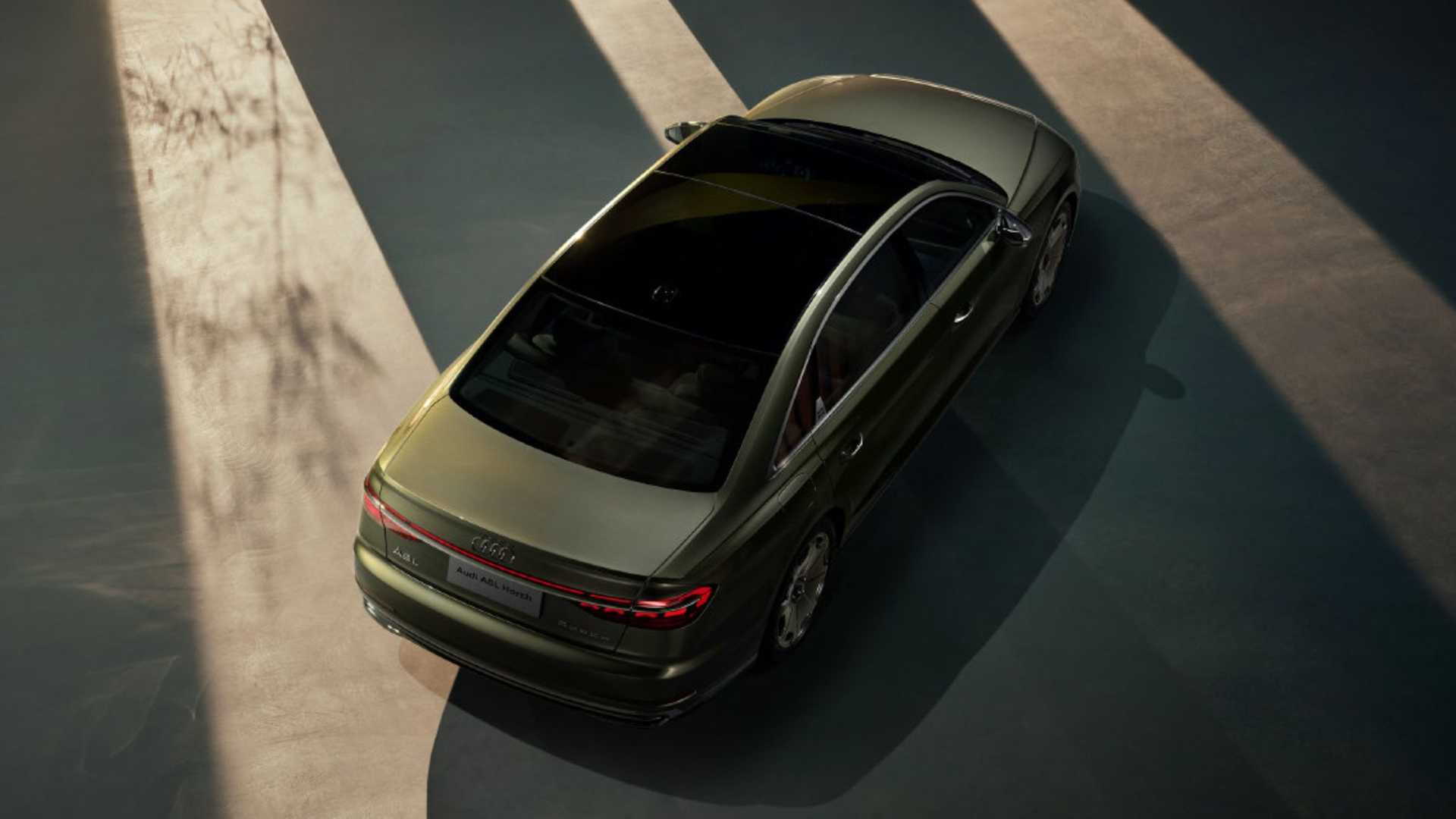 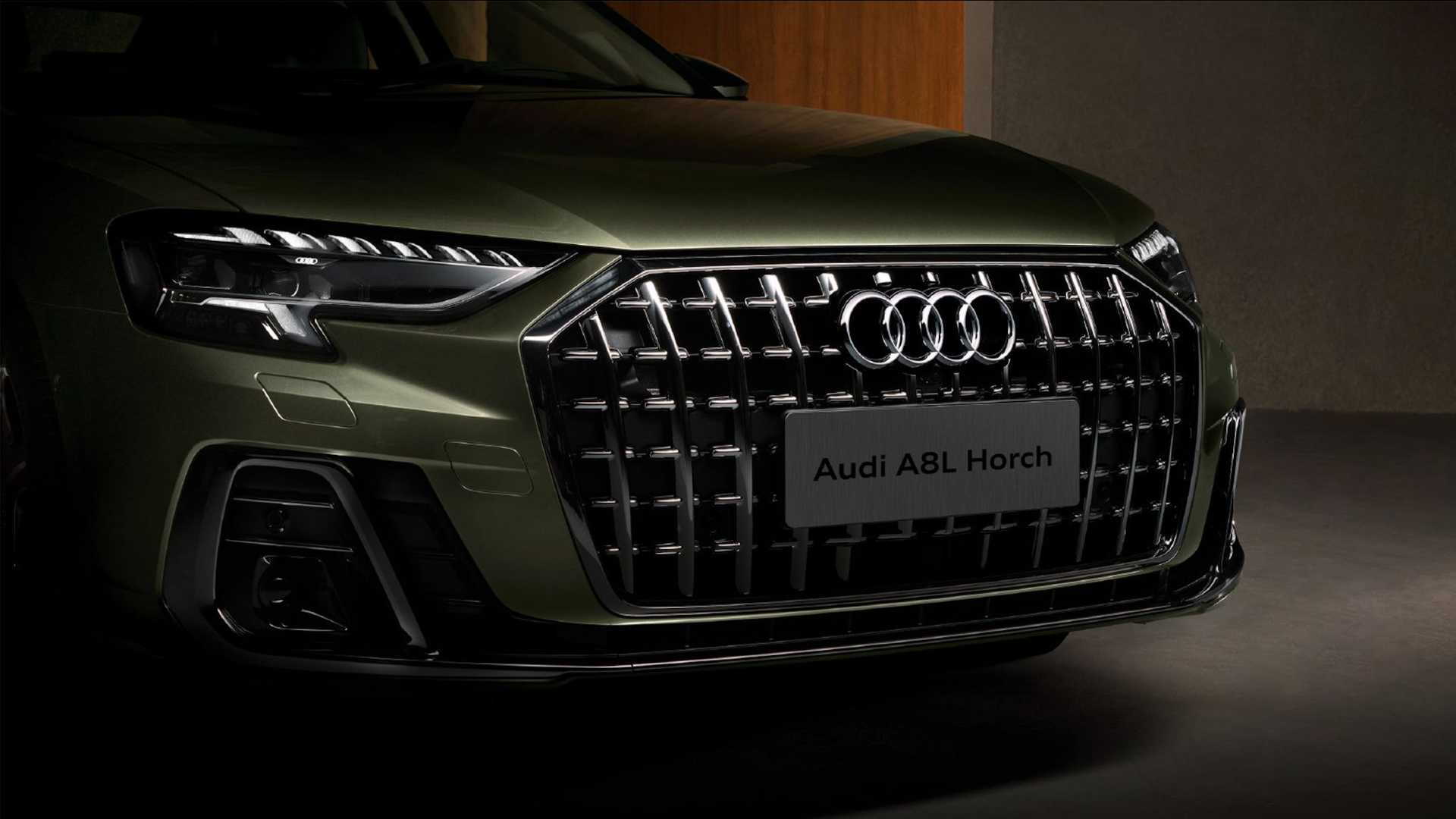 Audi will use the 2021 Auto Guangzhou in late November for a revival of historic German marque Horch as an ultra-luxury sub-brand to challenge Mercedes-Benz Maybach.

The Horch name will be attached to a range-topping version of an updated A8. While we won't see the Horch grade in the U.S., the rest of the updated A8 range will arrive here in 2022.

Audi late last week provided an early look at the Horch grade. Officially the Audi A8 L Horch, the new A8 range-topper features an extra-long wheelbase and extra-plush rear section just like its intended rival, the Maybach S-Class. Such models are popular with well-heeled Chinese buyers who prefer to have a professional driver than deal with traffic themselves.

The extra length benefits those sitting in the rear where you'll find a pair of seats separated by an extended center console housing a fridge and storage space for glasses. There's also a touchscreen display and physical controls for various vehicle settings including, no doubt, a massage function for the seats.

The sole powertrain that's been announced is the A8's V-6 mild-hybrid setup which combines a 3.0-liter turbocharged V-6 and 48-volt mild-hybrid system good for about 335 hp. The engine is mated to an 8-speed automatic and powers all four wheels.

The A8 L Horch reveals that the updated A8 will sport new lights at both ends, plus a new grille and front fascia with a more a technical look than before. The dash design doesn't look to have changed but we could see some new trim elements and an updated infotainment system. We should know more following the debut of the A8 L Horch.

The Horch name comes from Audi founder August Horch. He started the Horch brand in 1904 but quickly ran into financial troubles and left to start the original iteration of Audi in 1910. The Horch brand lived on and within the next couple of decades rose to prominence due to its powerful six- and eight-cylinder engines. It was eventually merged with Audi, DKW and Wanderer in 1932 to form the Auto Union, which today operates as Audi.