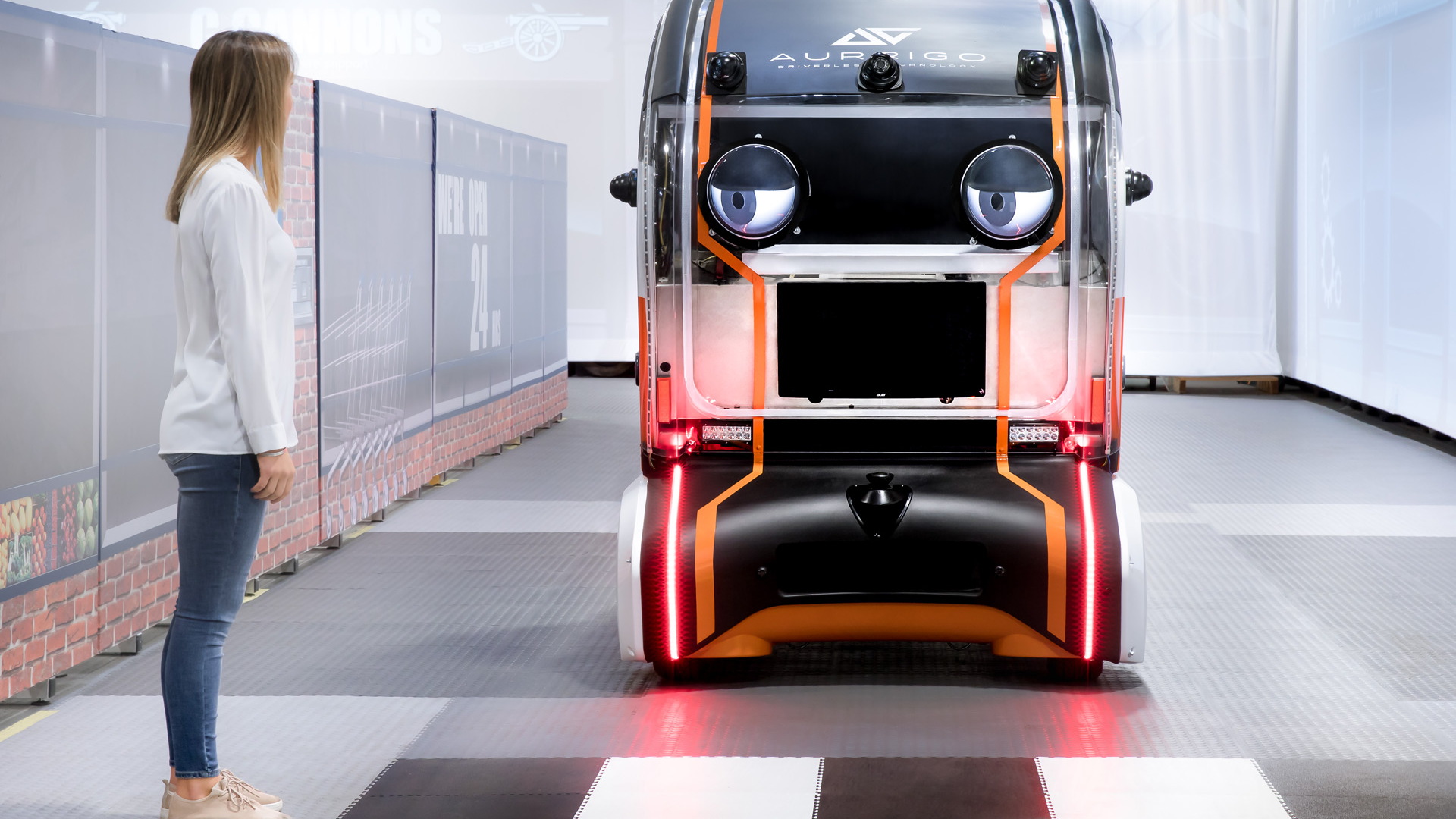 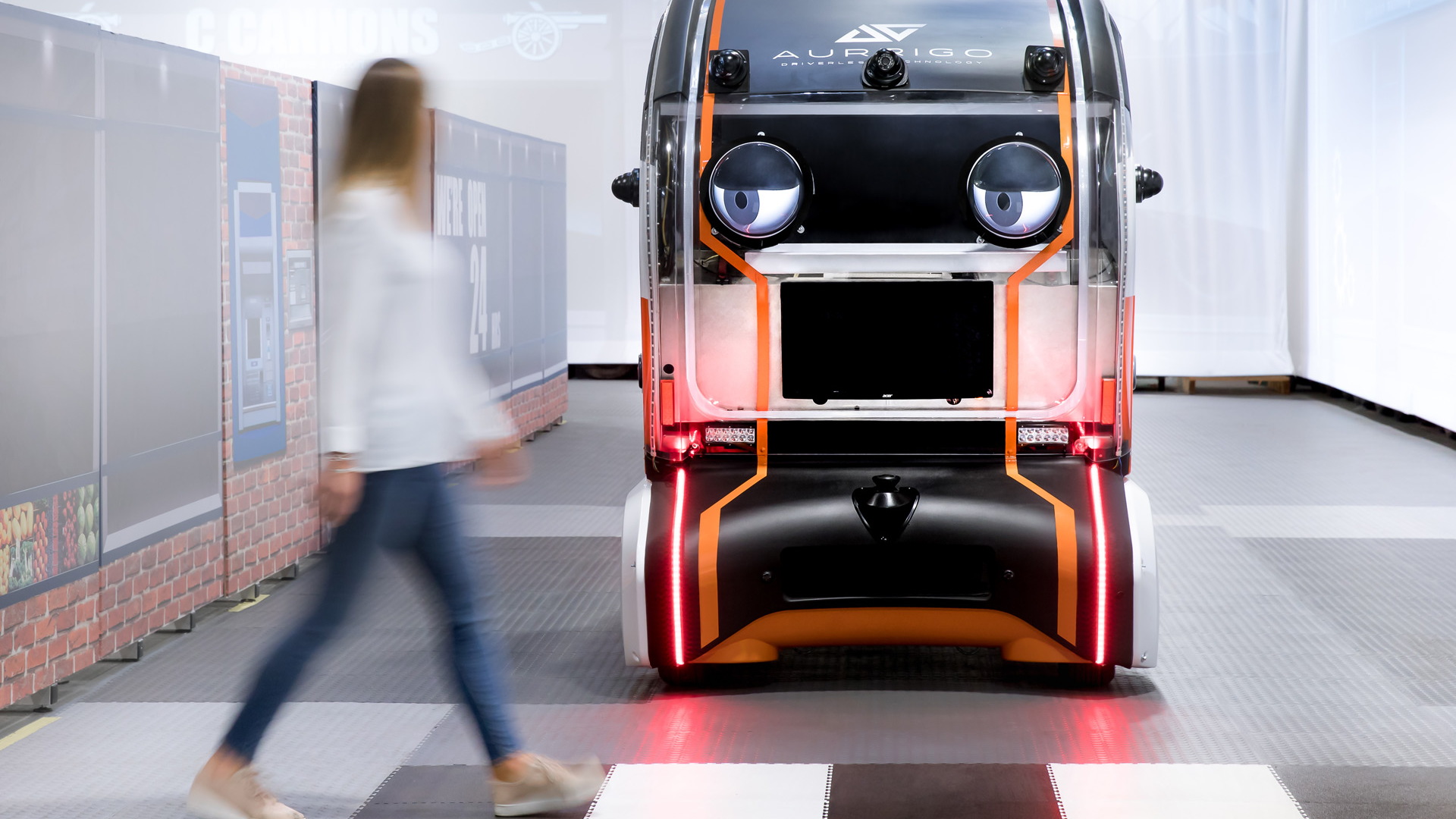 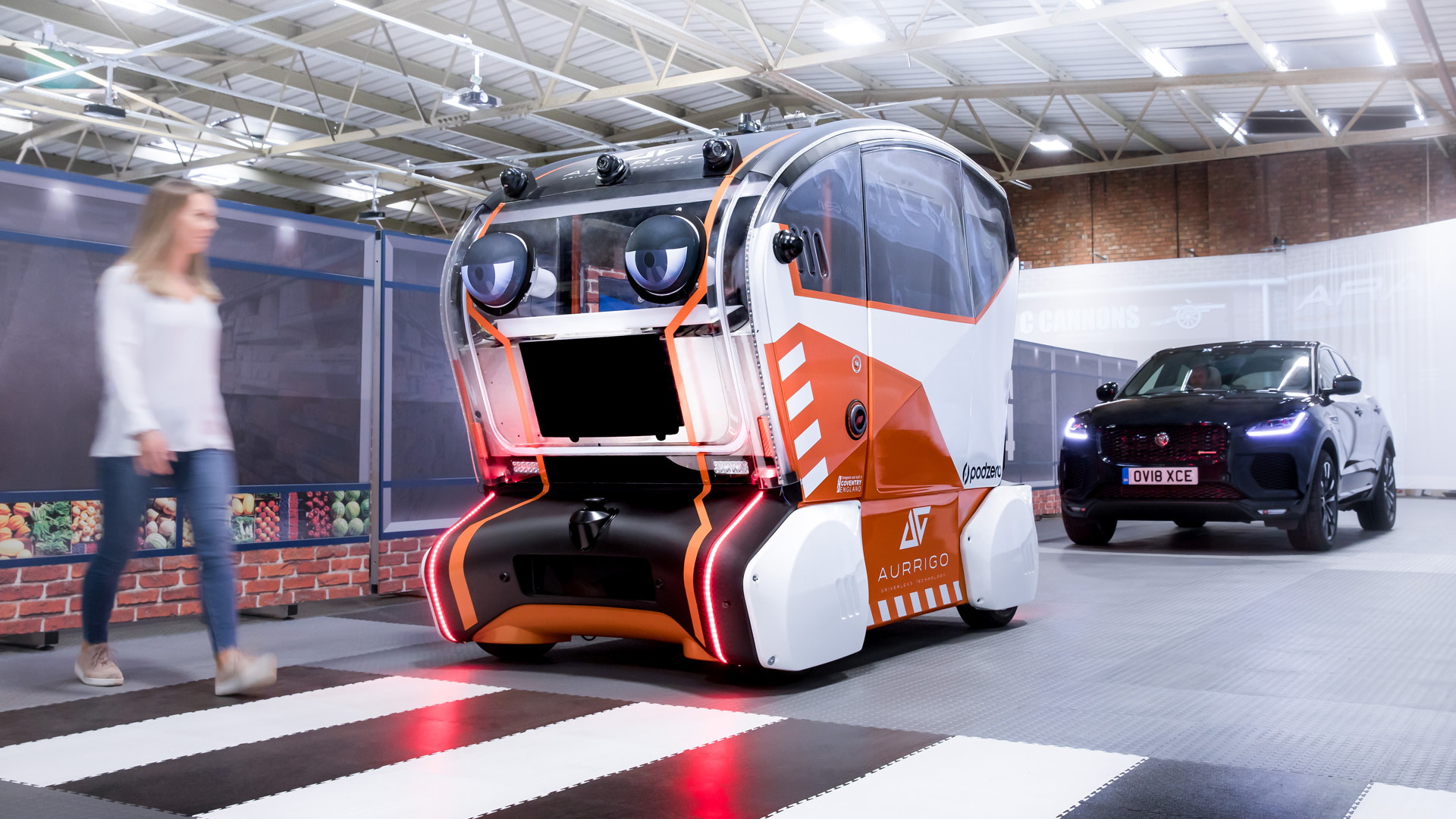 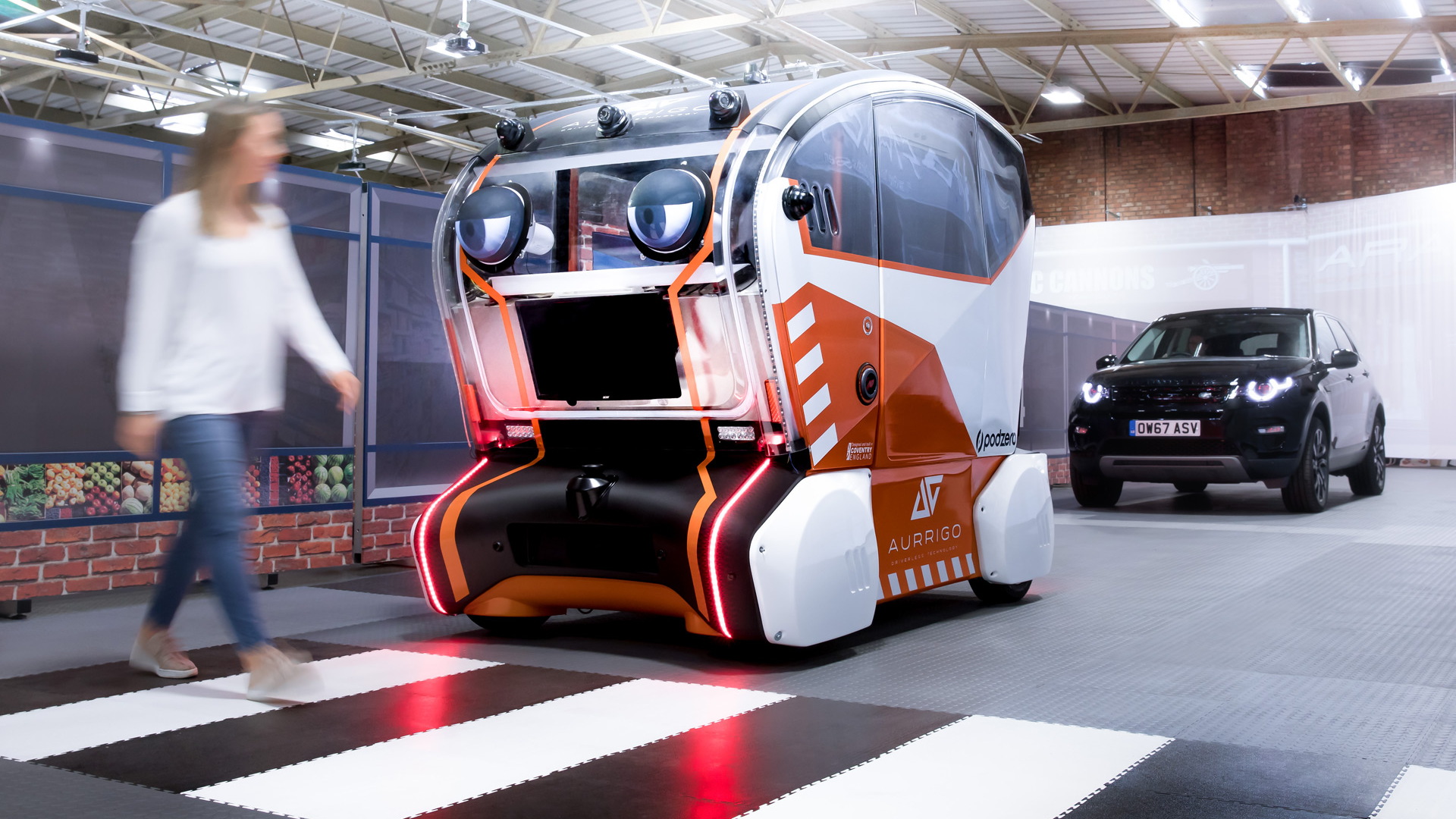 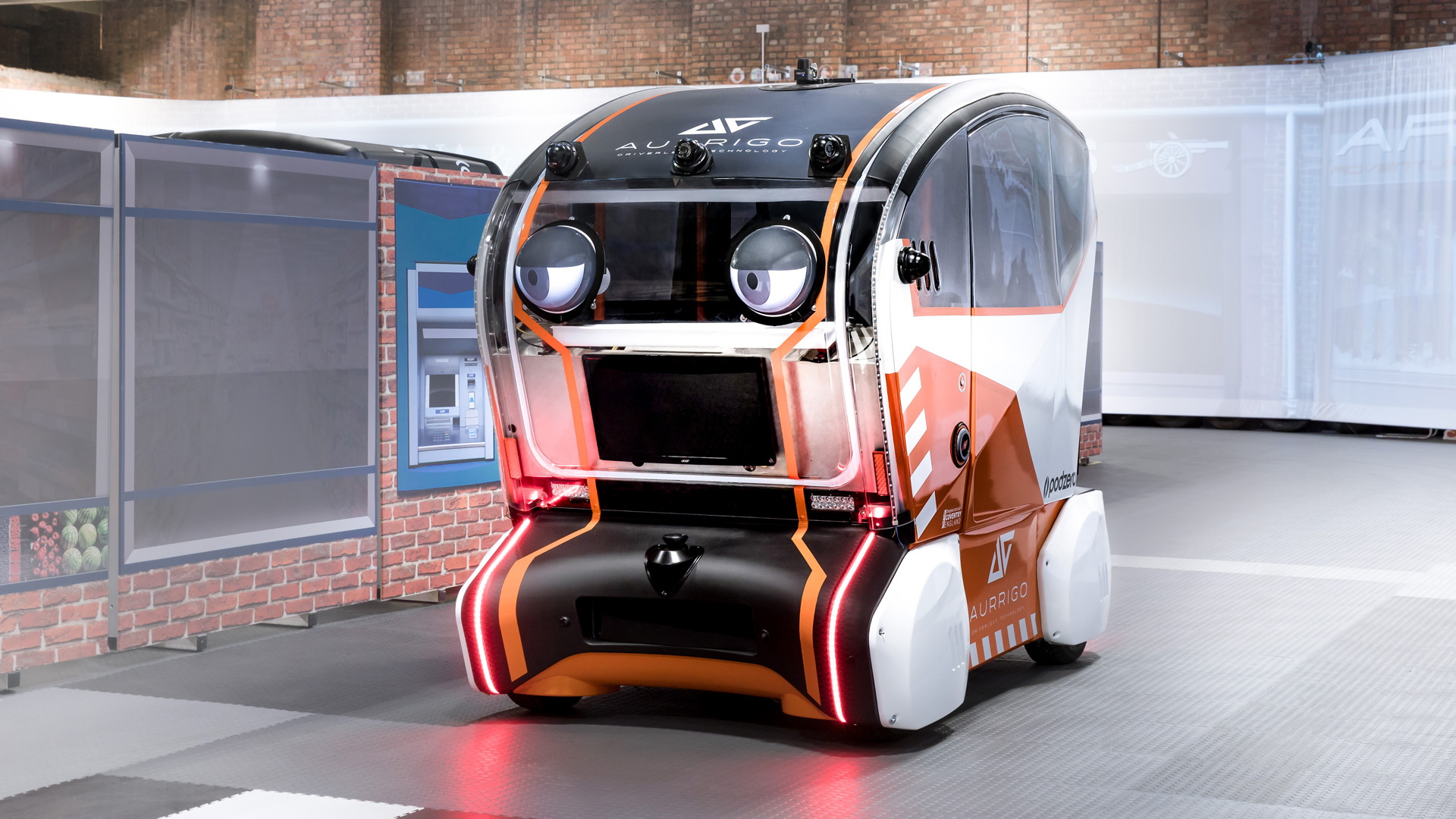 Jaguar Land Rover has revealed a technology that will be trialed to see whether it helps build the public's trust toward self-driving cars.

The technology is a set of “virtual eyes” that have been installed on a self-driving pod car currently used in trials for the Autodrive project in the United Kingdom. The  government-supported  project has been running for a few years to explore how future connected and self-driving cars can replicate human behavior and reactions.

Working with cognitive psychologists, Jaguar Land Rover will test whether the eyes can communicate effectively with pedestrians and build their confidence in self-driving technology. The eyes are designed to make eye contact with pedestrians to signal intent. Other automakers have looked at using warning lights and sounds as well as digital screens.

“It’s second-nature to glance at the driver of the approaching vehicle before stepping into the road,” Jaguar Land Rover researcher Pete Bennett explains. “We want to know if it is beneficial to provide humans with information about a vehicle’s intentions or whether simply letting a pedestrian know it has been recognized is enough to improve confidence.”

The self-driving cars are small, two-seater pods developed by an engineering group known as RDM. Their top speed is only 15 mph, meaning they only travel along pedestrian zones and not actual roads.

For the latest trial, the pods run on a fabricated street scene, while the behaviour of pedestrians is analyzed as they wait to cross the road. The pods seek out the pedestrian—appearing to look directly at them—signalling to them that they have been identified and can safely move without fear of being run over.

Jaguar Land Rover is also developing its own self-driving system, both partial and fully automated. The automaker's long-term goal is to make self-driving cars viable in the widest range situations, including in off-road conditions and with inclement weather. It's previously said it will have a full self-driving car, likely at Level 4 capability, on sale within the next decade.