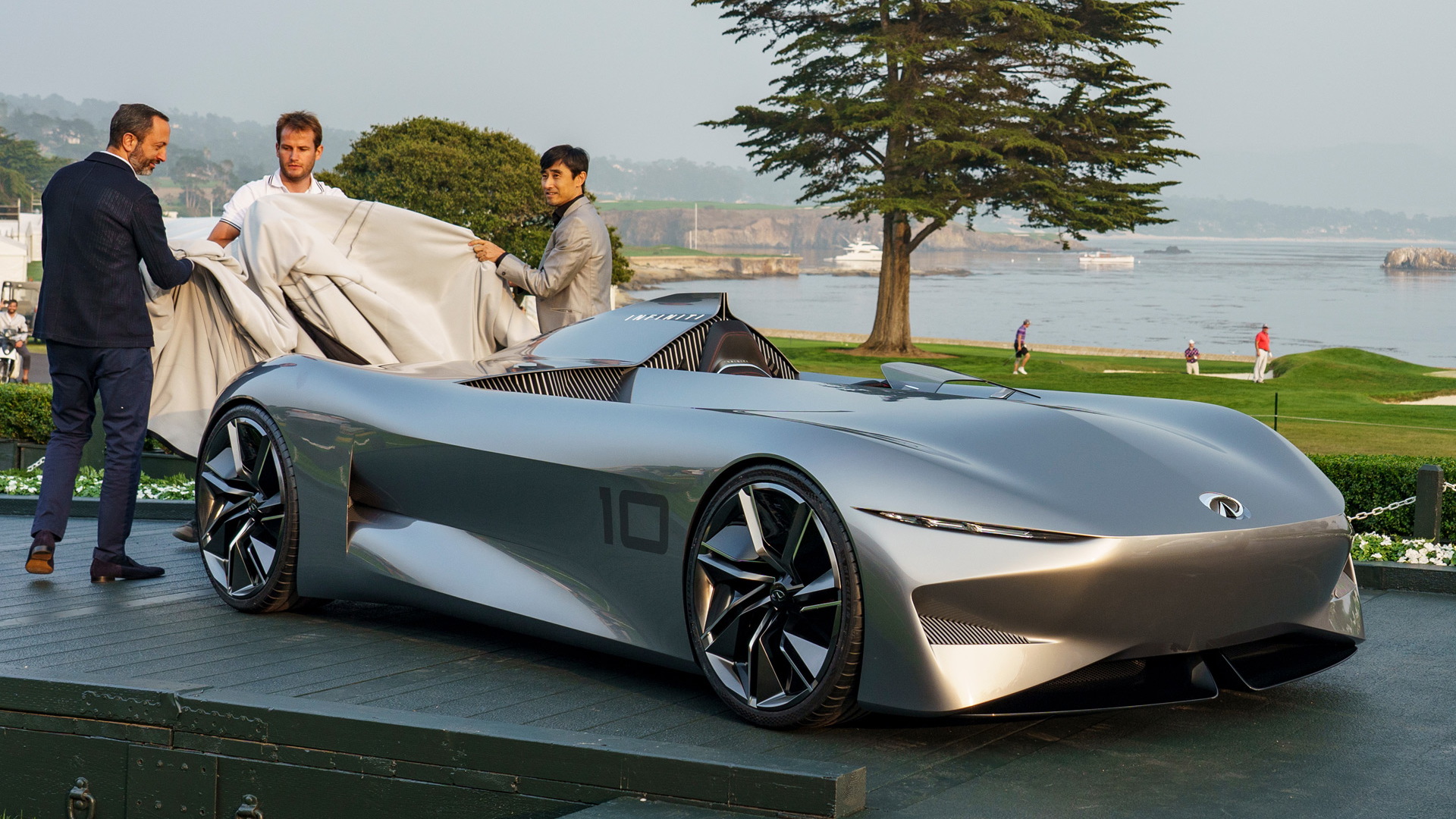 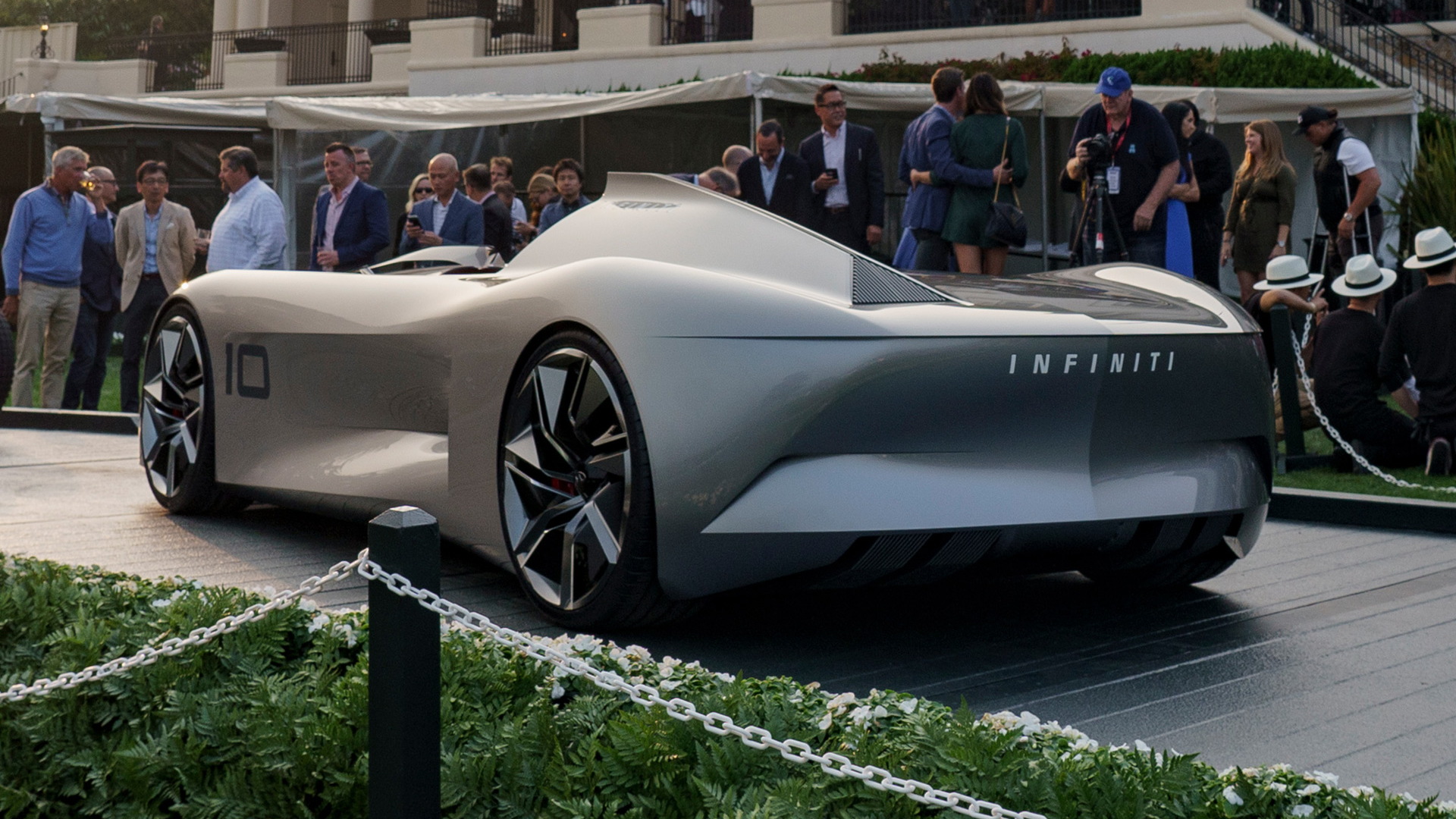 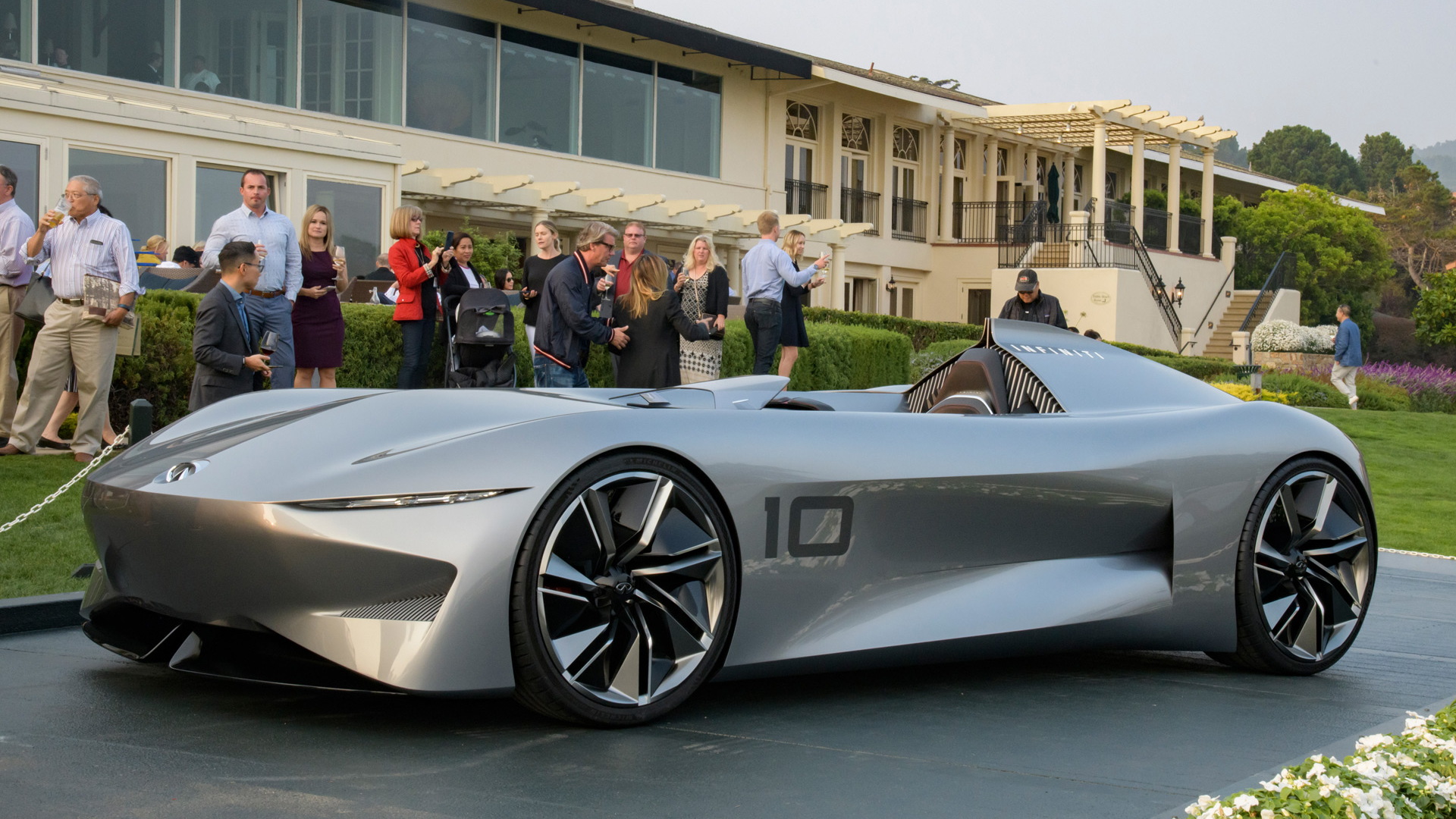 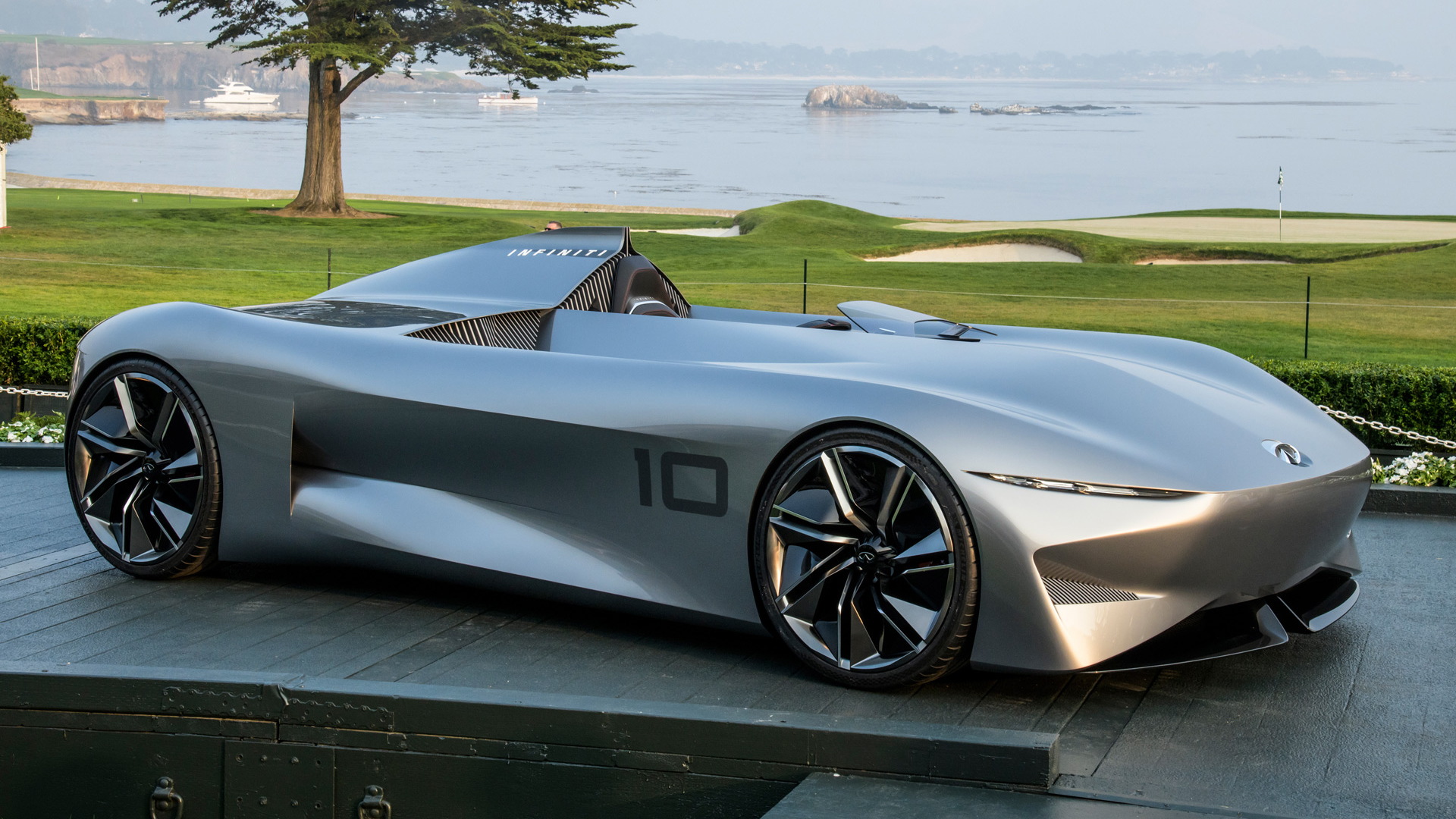 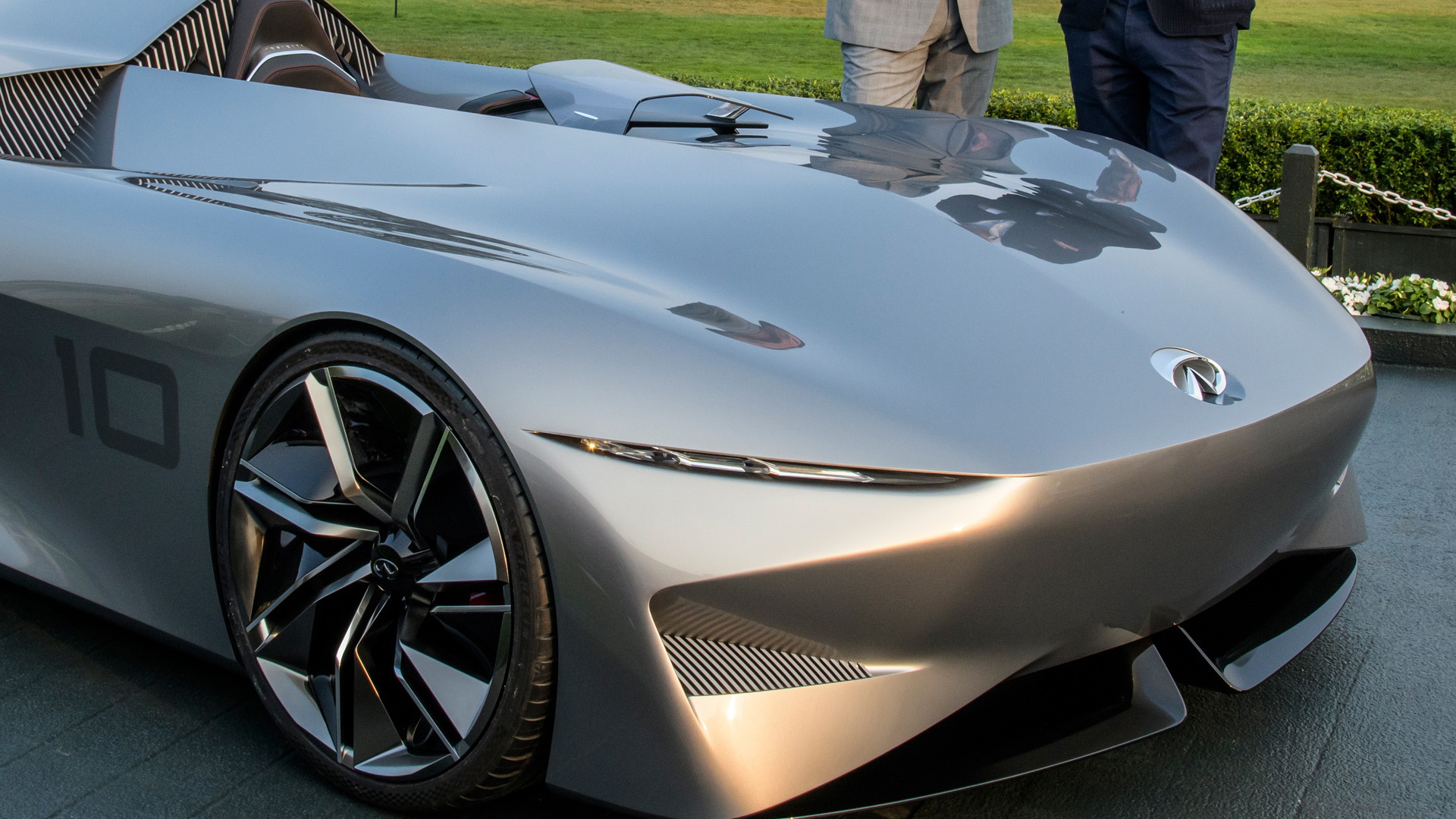 Infiniti will start switching over to an electrified lineup around 2021 when the first models based on a new modular platform are introduced. That date's a few years off but in the interim Infiniti is providing a glimpse into its future with concept cars.

The Prototype 10 builds on last year's Prototype 9, which was also a speedster and meant to imagine an alternate history for Infiniti. The Prototype 10 is resolutely focused on what the future holds for the brand, with its single-seat layout emphasizing Infiniti's driver-focused approach to developing cars.

It is the first Infiniti whose design was conceived entirely by Karim Habib, a former BMW designer who took over the design reins at Infiniti last year. He explains that elements of the Prototype 10, like the Q Inspiration before it, will feature on future Infinitis.

Its smooth surfaces and unbroken lines hint at the clean powertrain within, and this theme is continued into the cockpit where clean, flowing surfaces are bisected by geometric lines. Communicating the notion of electrification and performance, the Prototype 10’s uncluttered cockpit is fitted only with a driver’s seat, four-point harness, brake and accelerator pedals, and a race-inspired steering wheel.

“Prototype 10 follows the Infiniti Q Inspiration concept in introducing a new form language for an electrified era, hinting at electric performance of the highest order,” Habib said in a statement. “Where the Q Inspiration presented a degree of sensuality in its surfaces, Prototype 10 evolves this design with more purpose and aggression.”

What we know is that Infiniti's new modular platform is designed to offer multiple electrified powertrains, including series hybrid, parallel hybrid and pure electric options.

The series hybrid, what Infiniti (and Nissan) call e-Power, is an electric car that charges its battery by a combination of energy regeneration and an internal combustion engine acting purely as a generator, i.e. there's no plug.

There will be pure electrics too, with the first batch of Infiniti electric cars to offer a maximum 400 horsepower and about 300 miles of range.

For high-performance applications, there will be plug-in hybrid power. In this case, an internal combustion engine will power the front axle while an electric motor or two will power the rear, creating what Infiniti calls e-AWD.