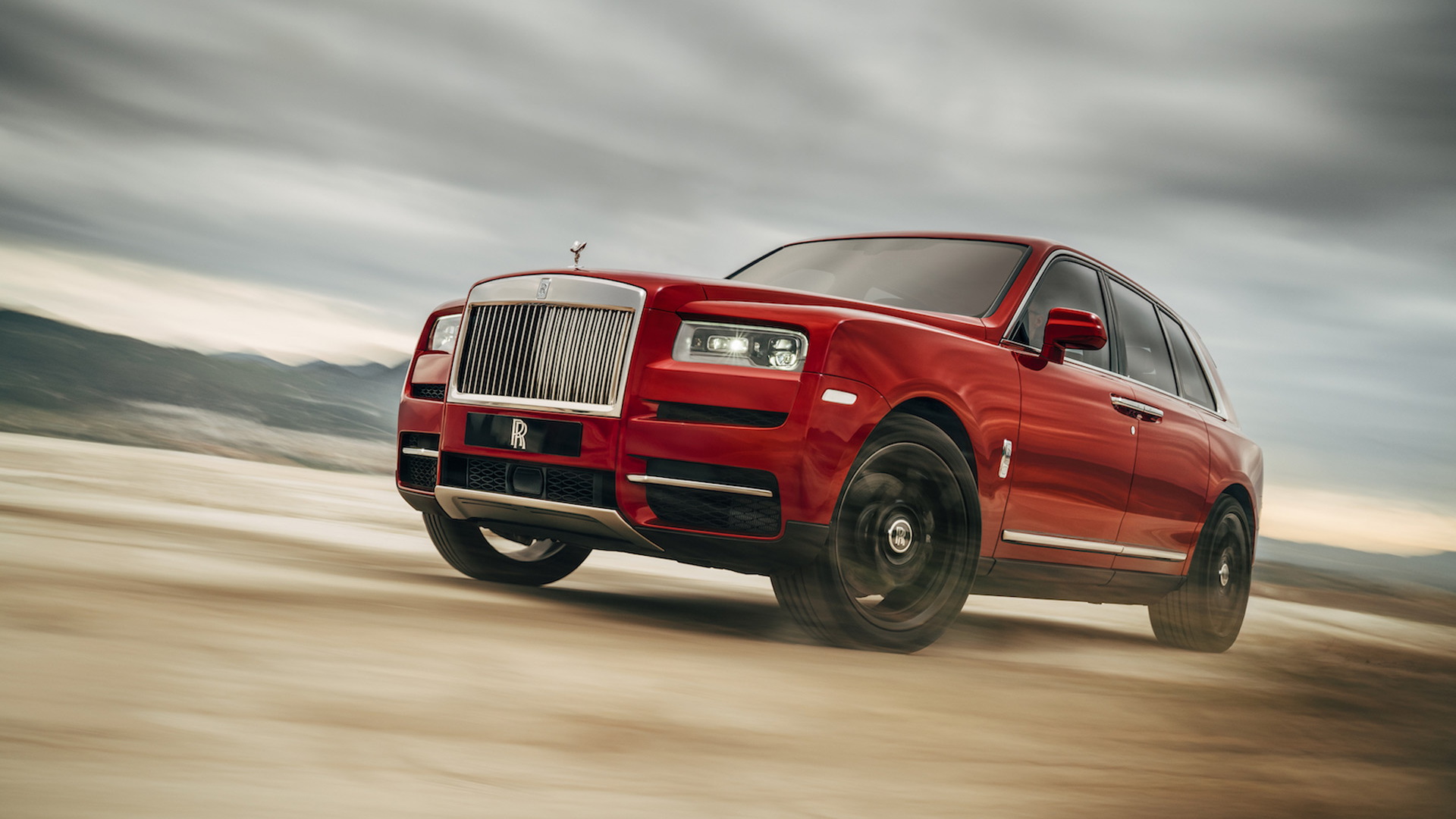 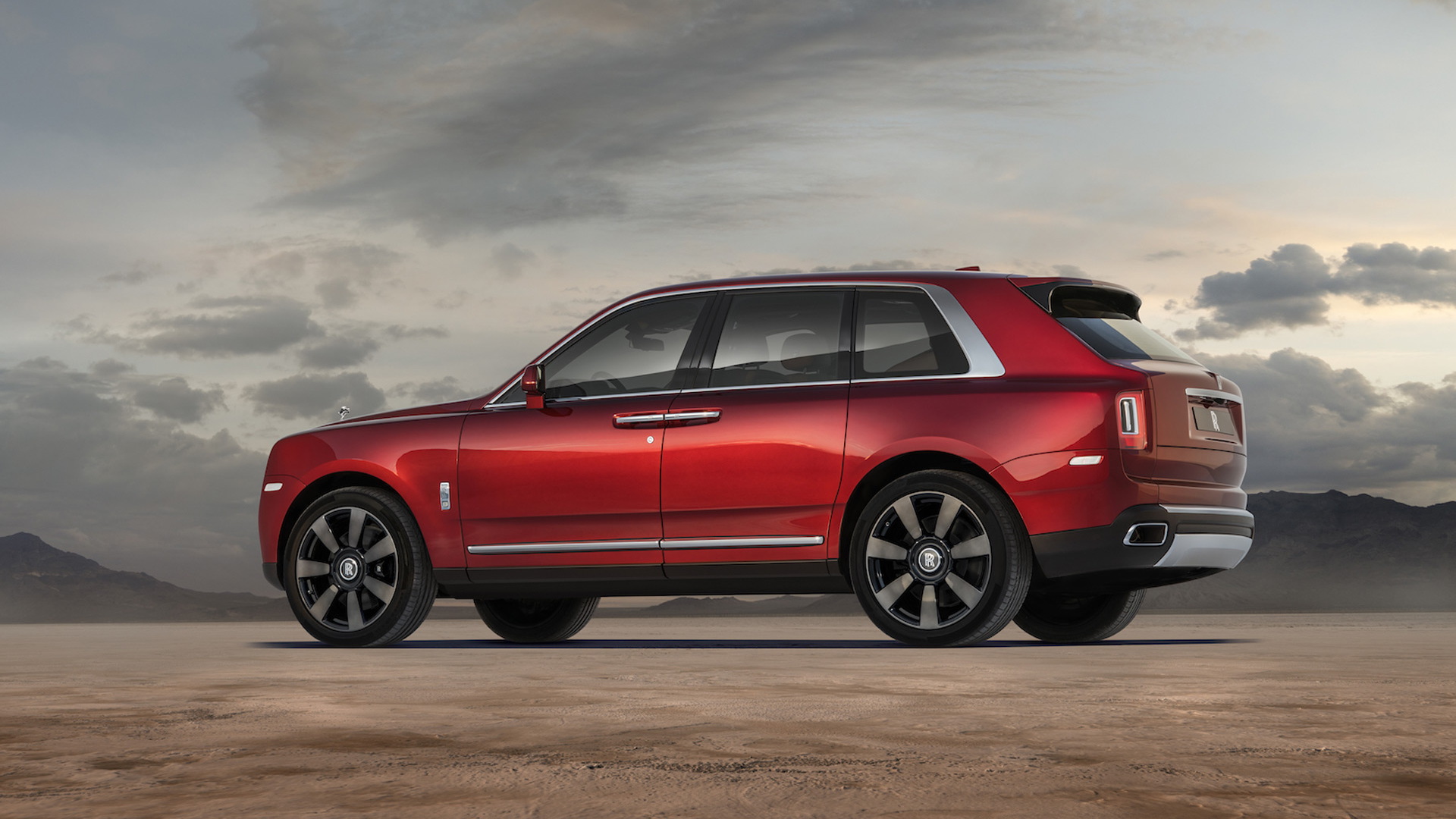 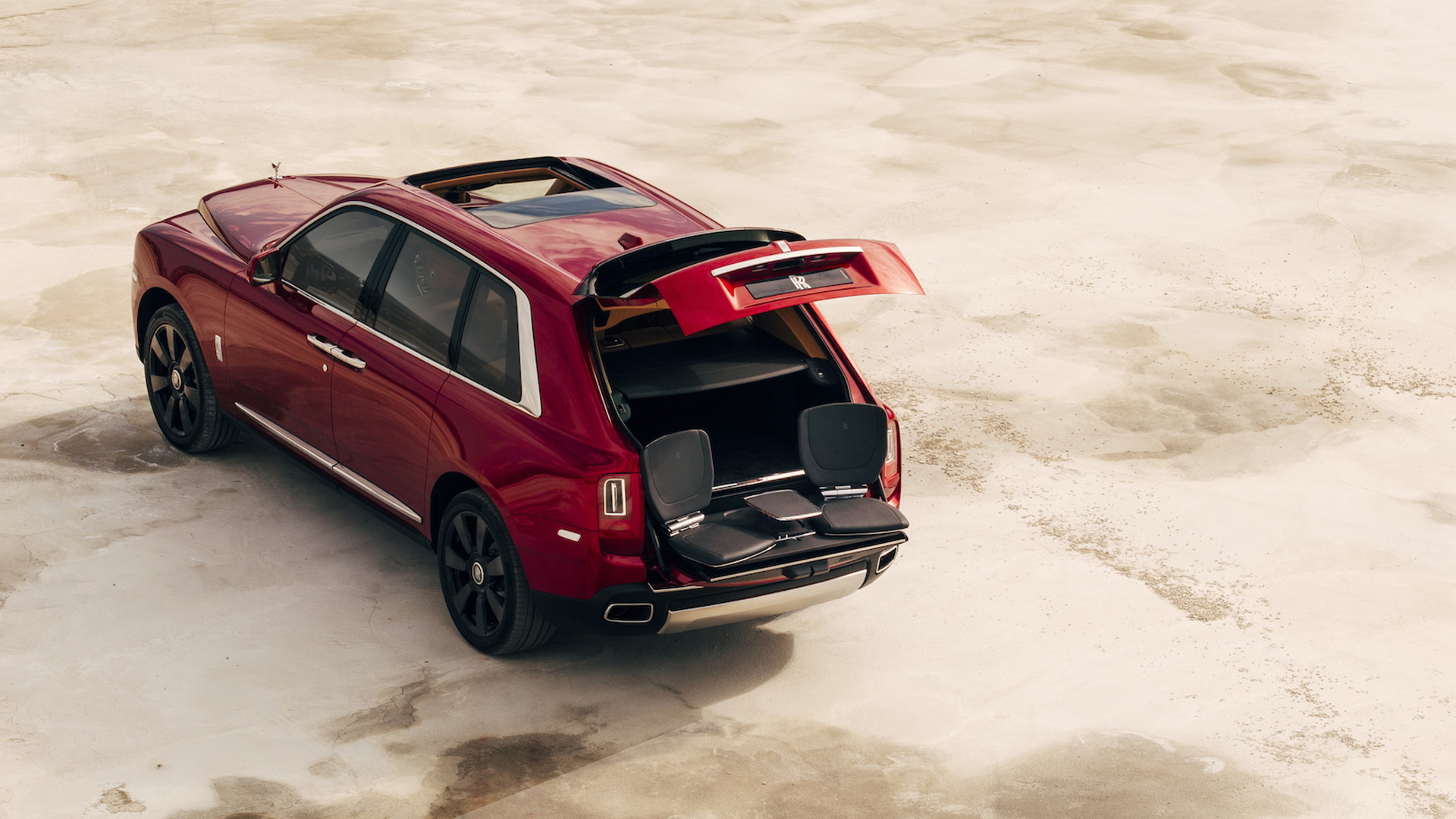 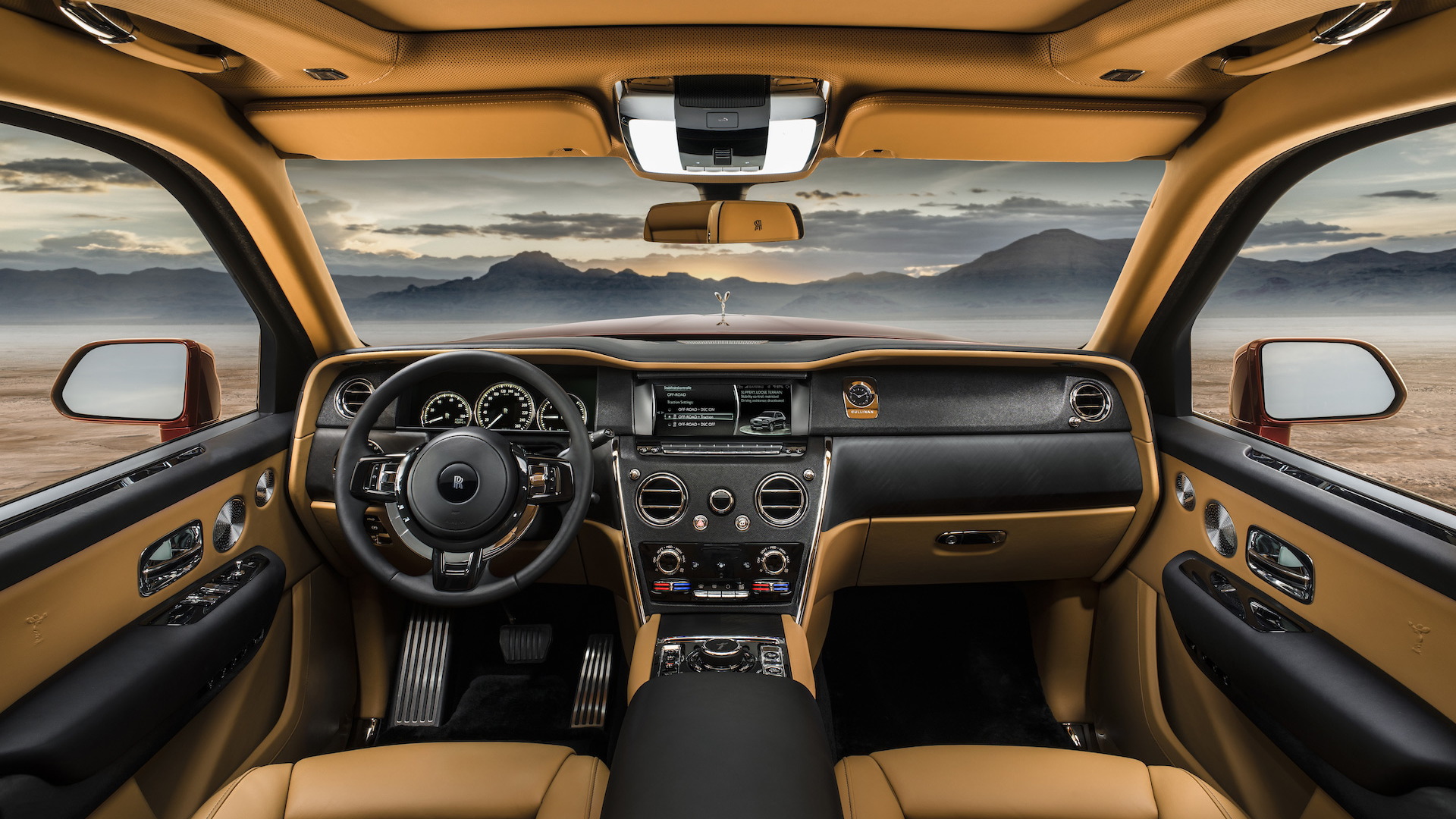 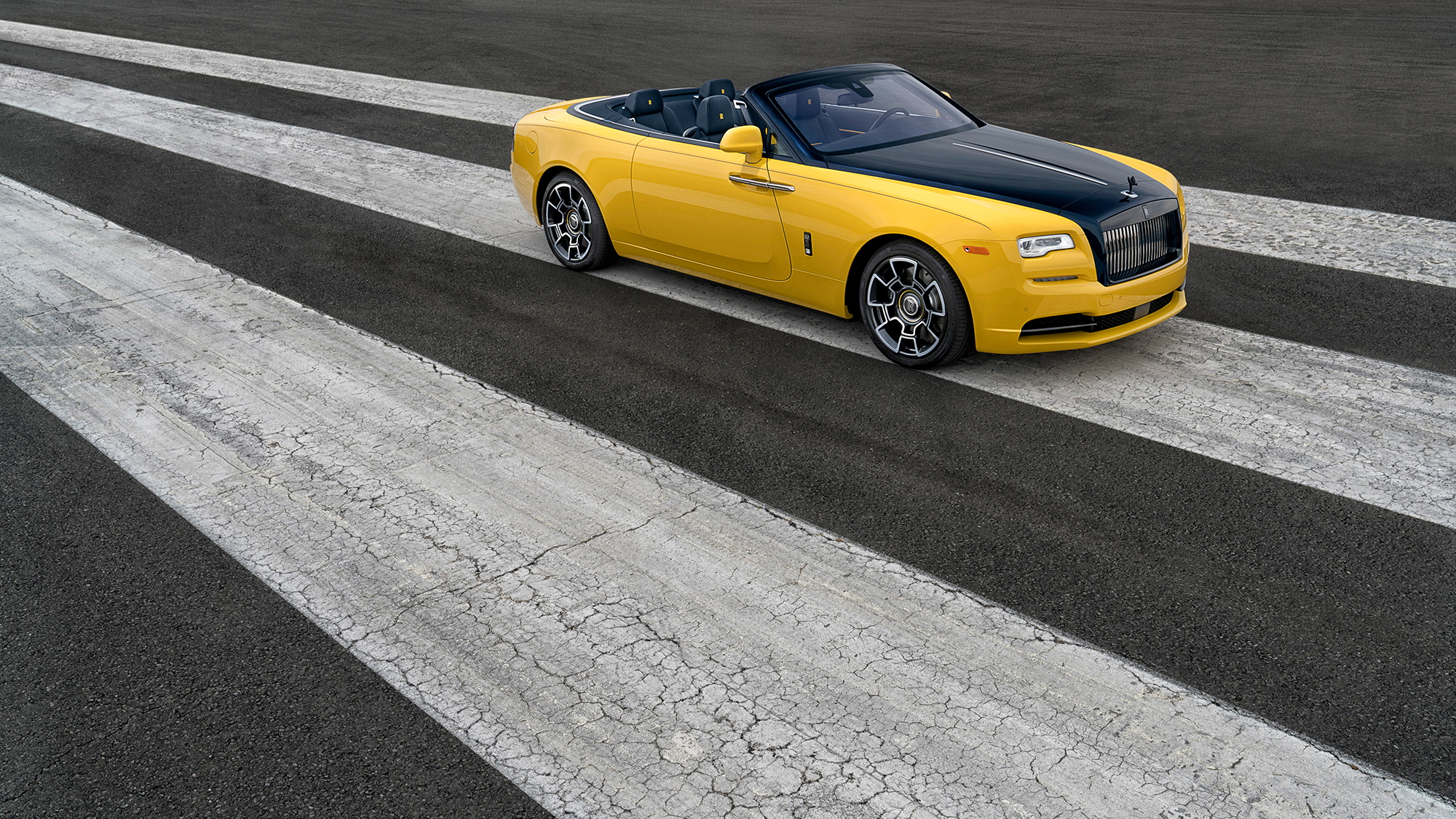 Monterey Car Week is the perfect place for truly luxurious vehicles to become acquainted with potential future owners. That's why any automaker worth its exotic luxury salt packs up its finest wares and treks to Northern California once a year. For Rolls-Royce, the surrounds of the Pebble Beach community is playing host to a range of the automaker's latest and greatest, and that includes the new Cullinan SUV, which is being shown locally for the first time.

Unveiled in the United Kingdom in May, the Cullinan is Rolls-Royce's answer to a question asked by those with means seeking a way to stay fancy and enjoy the countryside. It's perfectly boxy and brash, yet still somehow dignified. Part of that is owed to the behemoth stance of thing while the rest of the credit can be given to that mighty twin-turbocharged V-12 lurking just below and behind the Spirit of Ecstasy hood ornament.

While Rolls-Royce trots out its 563-horsepower Cullinan, the SUV won't be alone in Monterey—the British automaker doesn't pack light for Monterey Car Week. A number of bespoke offerings will be shown off, including a Phantom prepared for renowned collector Michael Fux. This Phantom marks the tenth vehicle specially ordered by the mattress king, and it joins a collection of cars that are used to help raise funds for Michael's own charity, The Michael Fux Foundation. The goal of the organization is to raise money for families at the Miami Children's Hospital.

Besides helping out philanthropically where it can, Rolls-Royce is clearly expressing its love of the Black Badge collection of cars for 2018. In Monterey, you'll find the Umbra Black Badge Dawn, Ghost, and Wraith. There's the Dawn Black Badge Adamas collection, which is inspired by the invincible nature of diamonds, because why not? A trio of Paradiso Collection cars are finished in brilliant Quail Blue paint, and finally the Nebula Collection trio of the Dawn, Ghost, and Wraith. Sadly, those cars are not inspired by Nebula from the Marvel Cinematic Universe. Instead, it's a lineup of exclusive machines paying homage to 20th-century pioneers and space explorers.

The best part is probably the clock in the Nebula Collection. It features a portion of the night sky. Specifically, it's a part of the Northern Hemisphere from March, and it's back lit yet also has a slight glow to it. The idea is that you'd be watching stars through the window of a spacecraft. Now that's a cool touch. And it's yet another example of the sort of attention to detail that sets Rolls-Royce apart from... well, everyone.

Monterey Car Week concludes Sunday with the Pebble Beach Concours d'Elegance. For our complete coverage on the event, head to our dedicated hub.