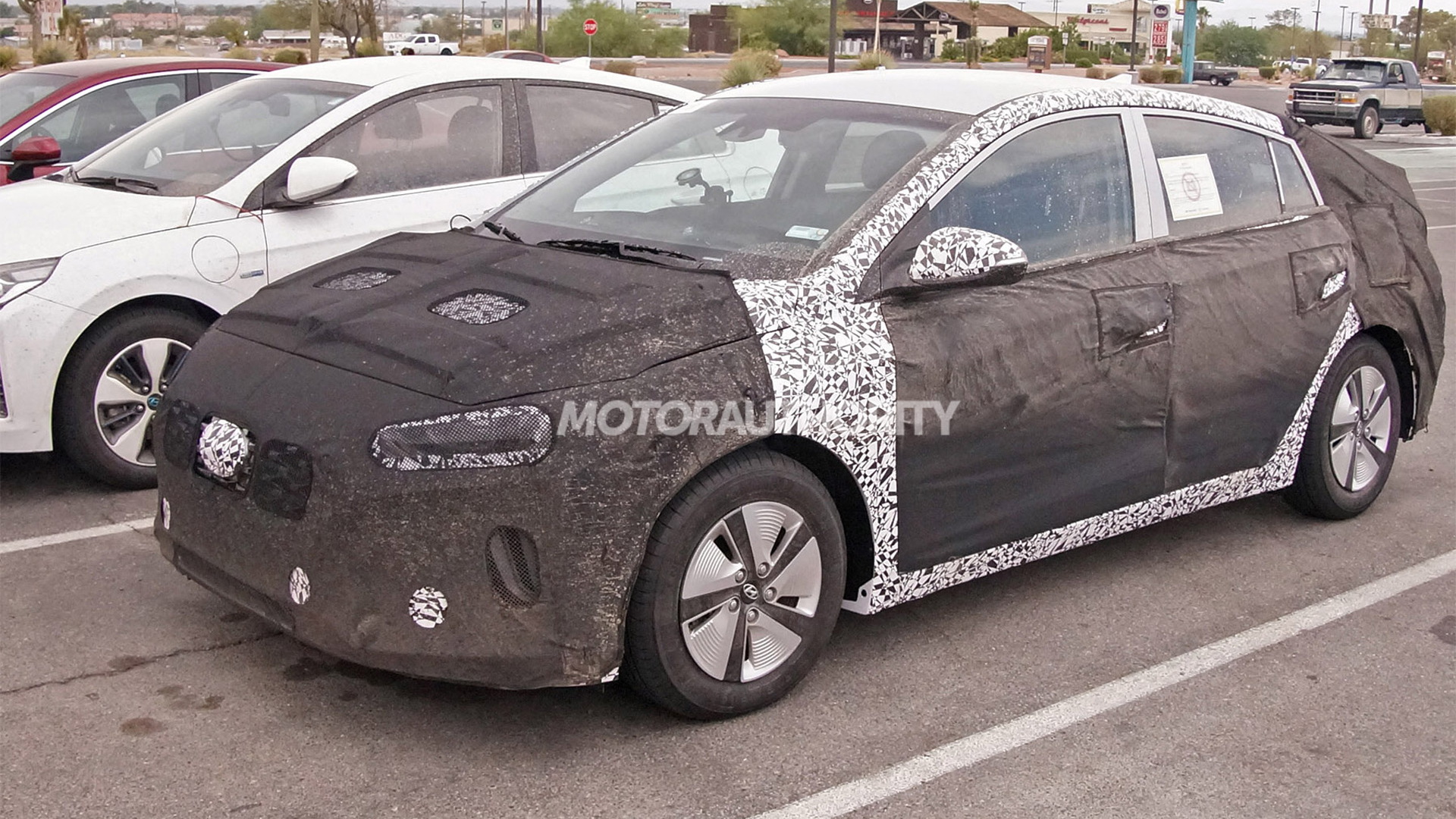 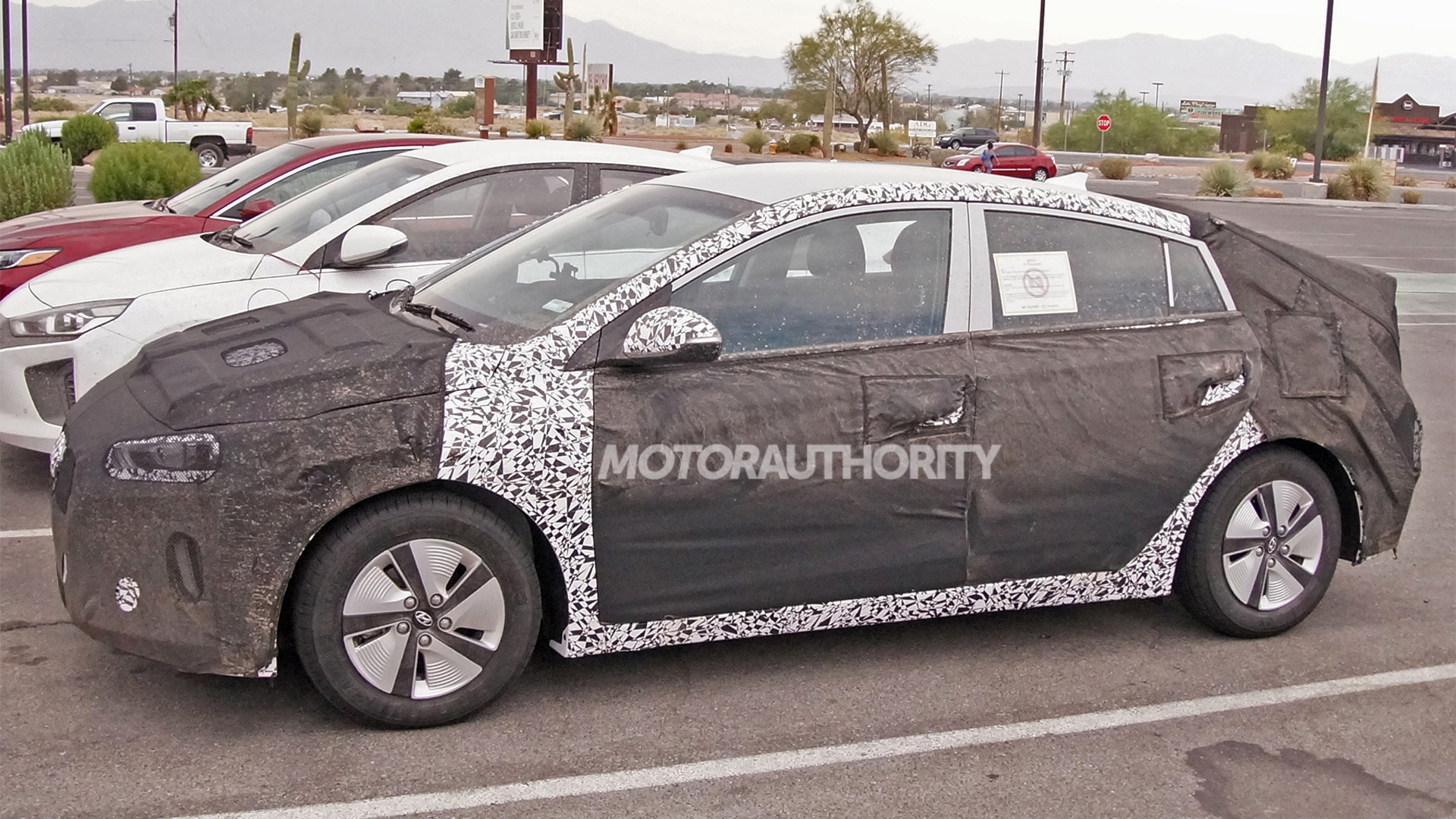 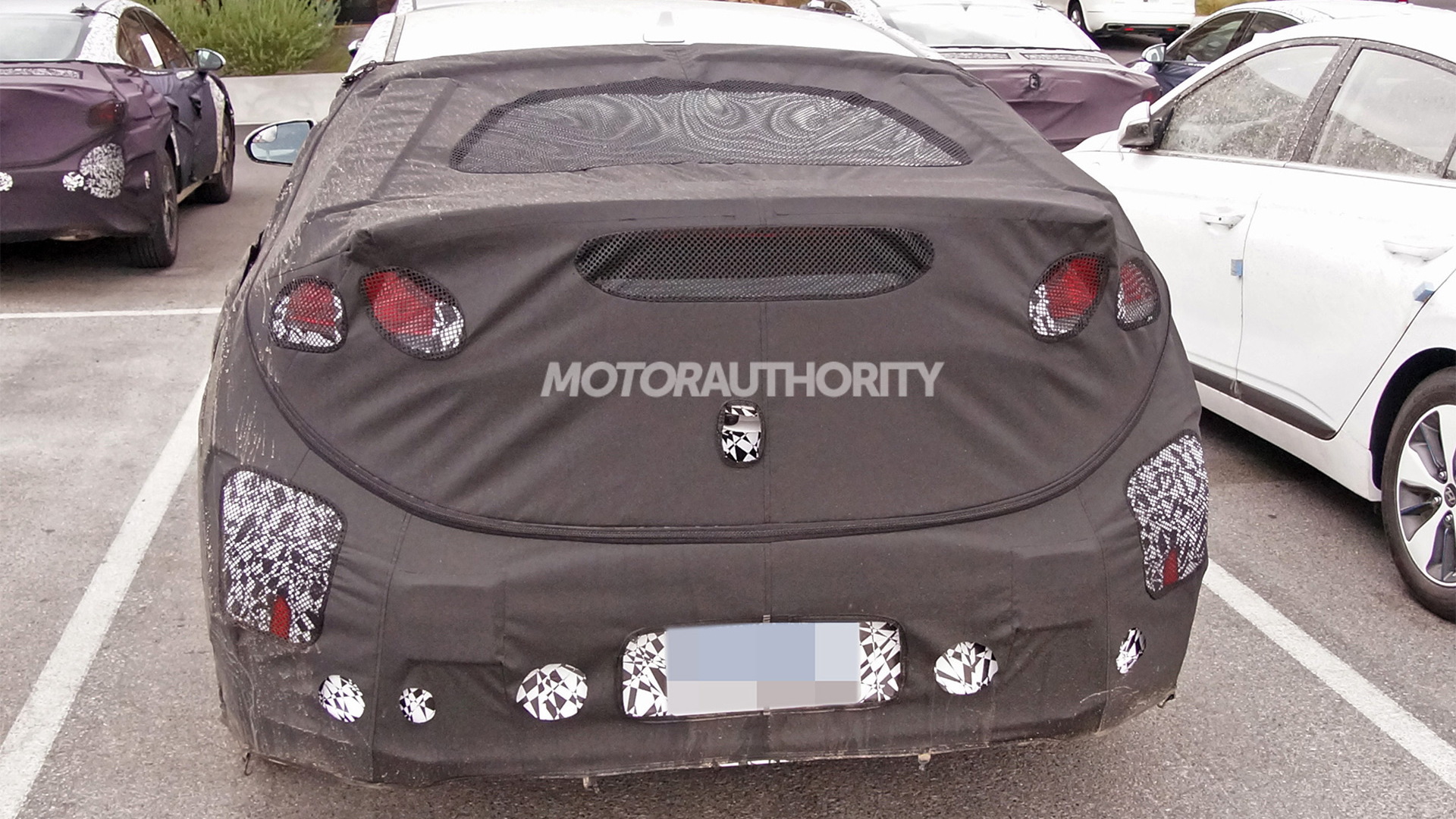 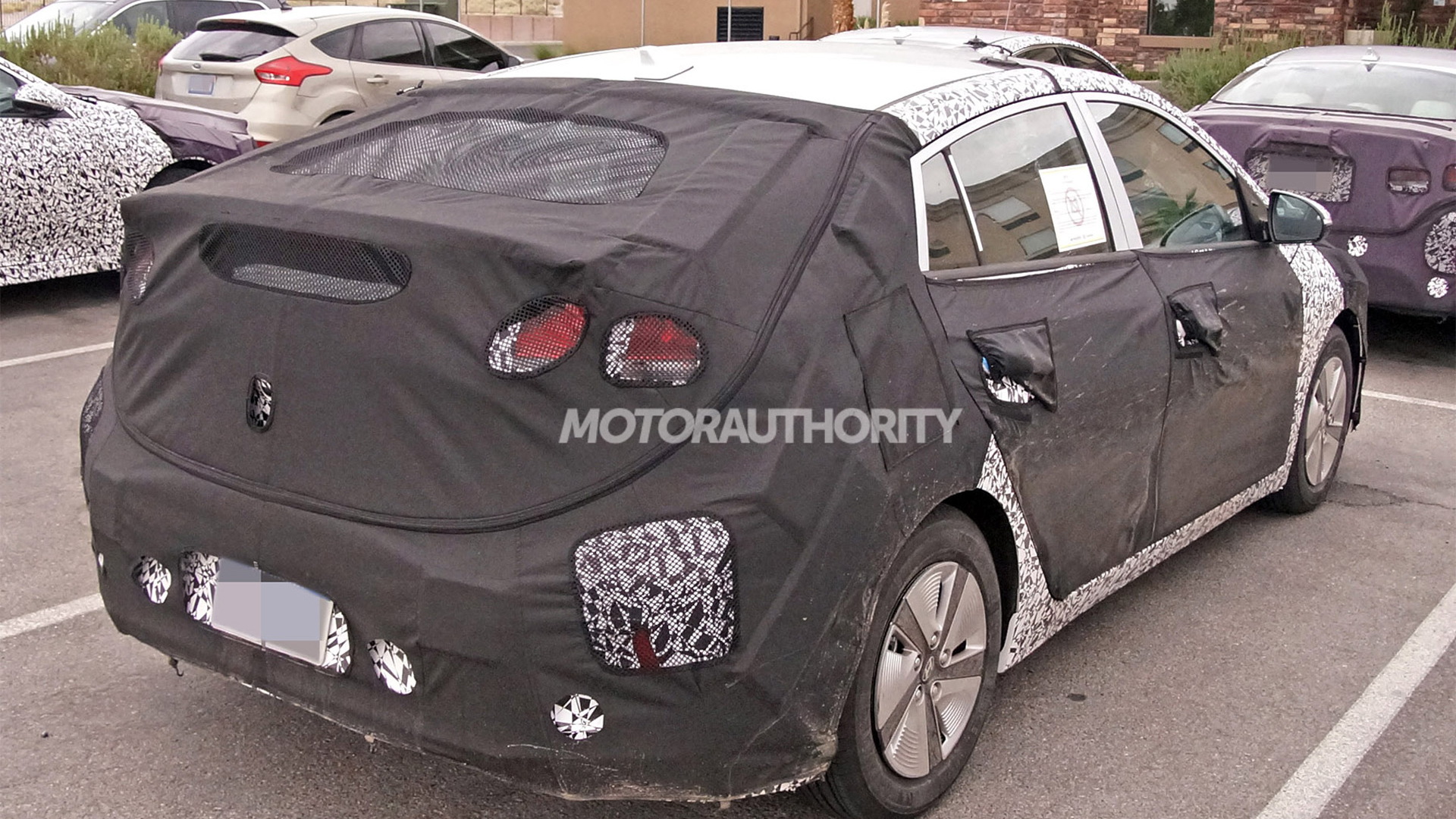 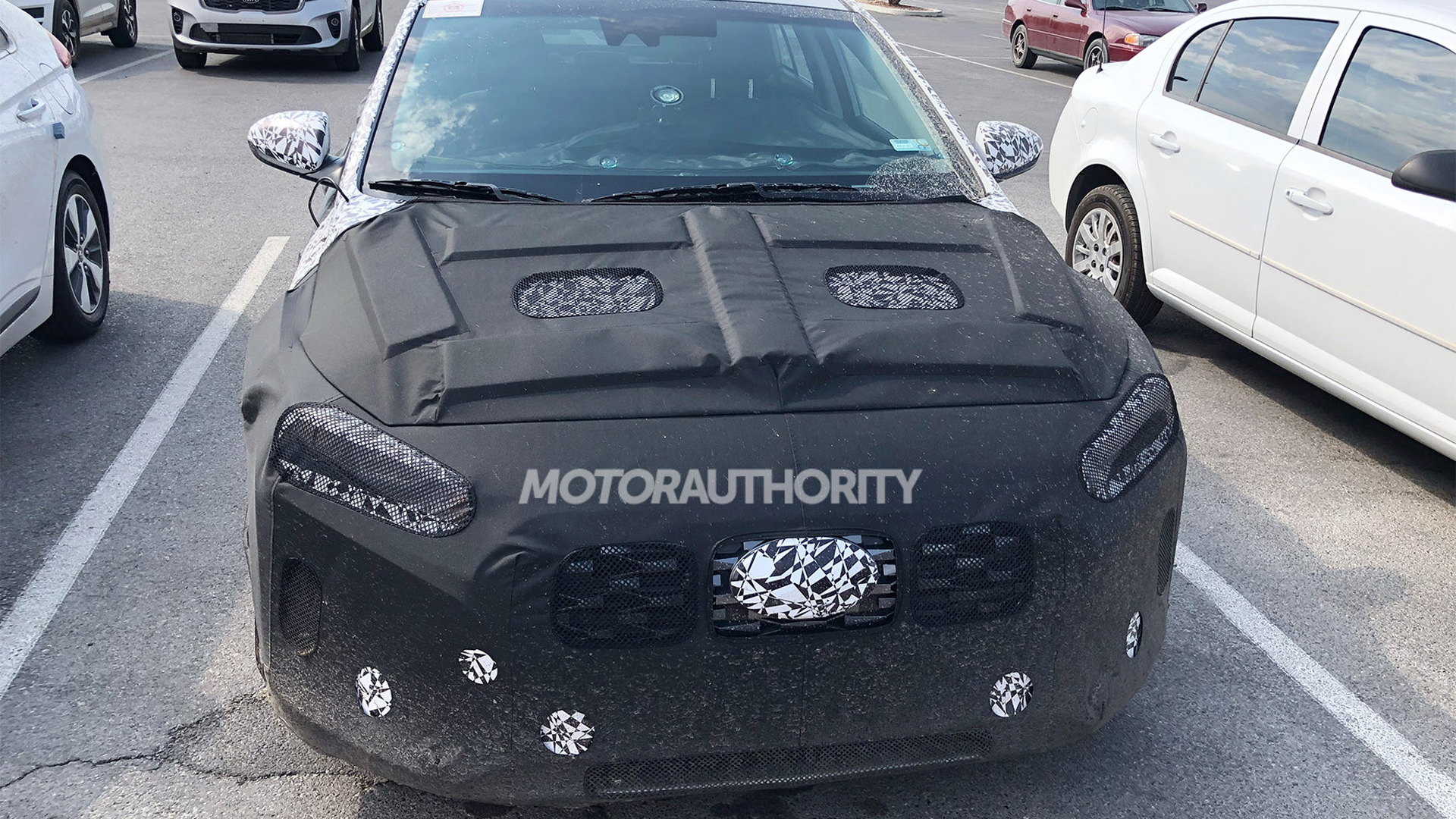 Hyundai looks to be preparing an update for its Ioniq family of hybrid and electric cars.

A prototype for the updated version was recently spotted undergoing hot-weather tests in California's Death Valley.

The Ioniq was introduced for 2017 and we expect this updated version to bow next year as a 2020 model, thus the updates should constitute a mid-cycle facelift for the Toyota Prius fighter.

The prototype is heavily camouflaged so we could be looking at extensive updates, at least as far as the exterior is concerned. The prototype is for either the Ioniq Hybrid or Ioniq Plug-In Hybrid but most of the changes should filter across the range. We can see that it sports a new mesh pattern for the grille instead of the horizontal slats of the current model (shown below). The internals of the lights are also new at both ends.

It's likely the car's design will be tweaked to feature elements from Hyundai's Le Fil Rouge concept unveiled at March's Geneva auto show. The concept introduced Hyundai's new “sensuous sportiness” design language that will appear for the first time on a production model with the arrival next year of a redesigned Sonata.

It isn't clear what Hyundai has planned for the powertrains but it's possible we'll see some performance gains due to advancements in electrification technology. The Ioniq Hybrid and Ioniq Plug-In Hybrid are closely related. They both feature a 1.6-liter inline-4 as their internal combustion component as well as a single electric motor integrated with a six-speed dual-clutch transmission. They deliver 139 horsepower at present and the plug-in hybrid can drive 29 miles on electric power alone, per the EPA.

The Ioniq Electric has 120 hp from a single electric motor and can cover 124 miles on a single charge of its 28-kilowatt-hour lithium-ion battery. This is well below what the competition offers, so we could see a bump here.