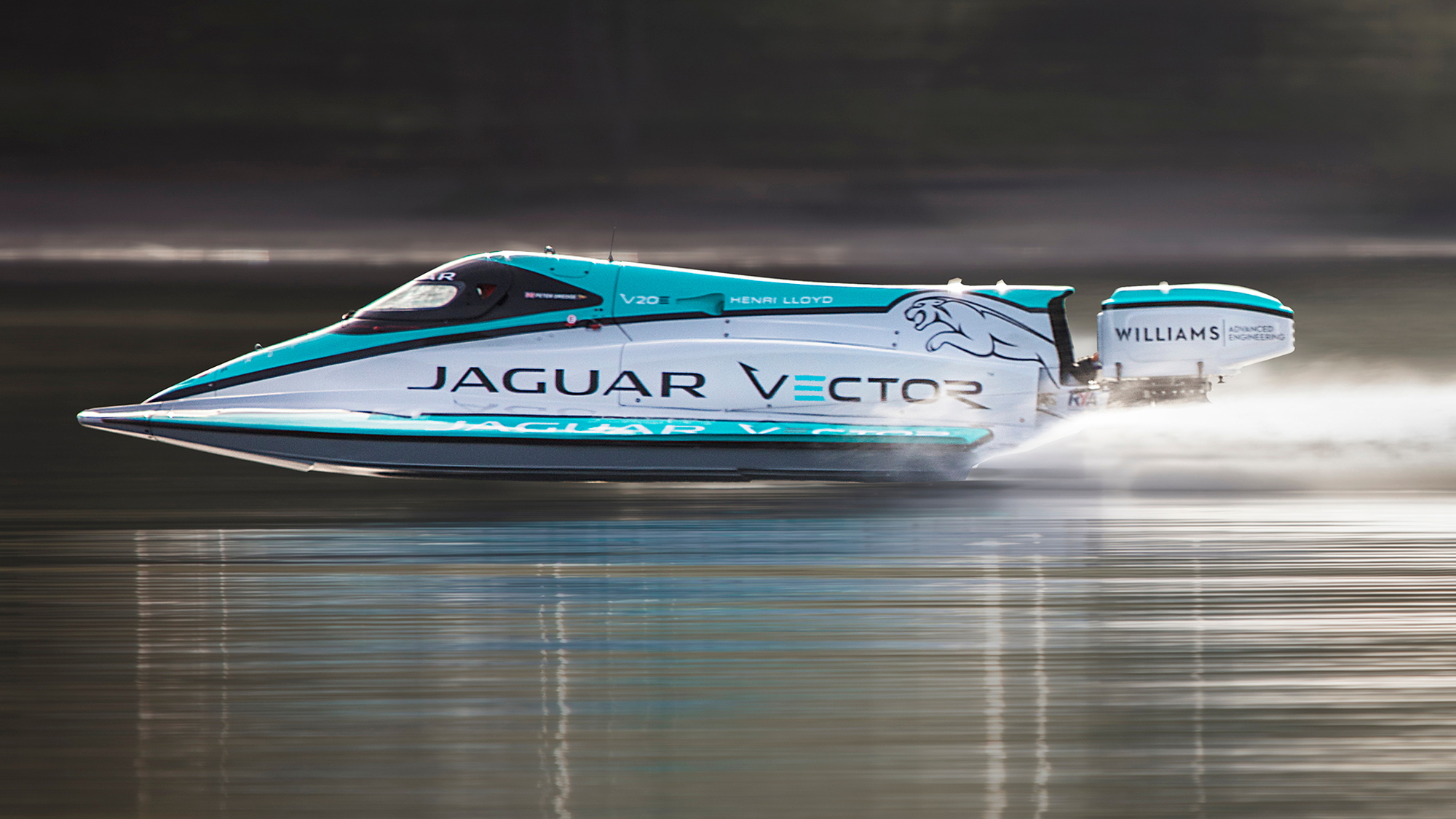 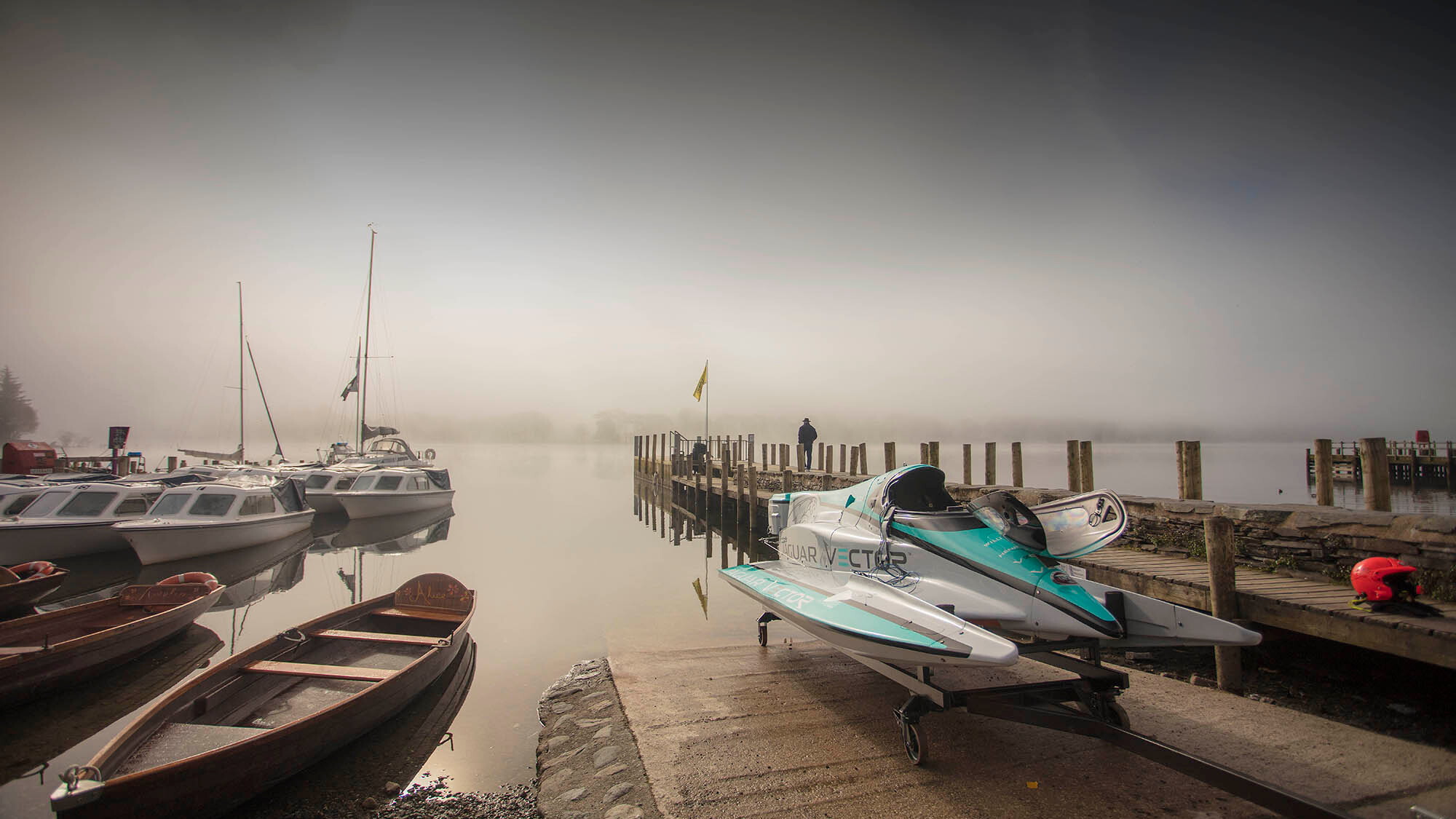 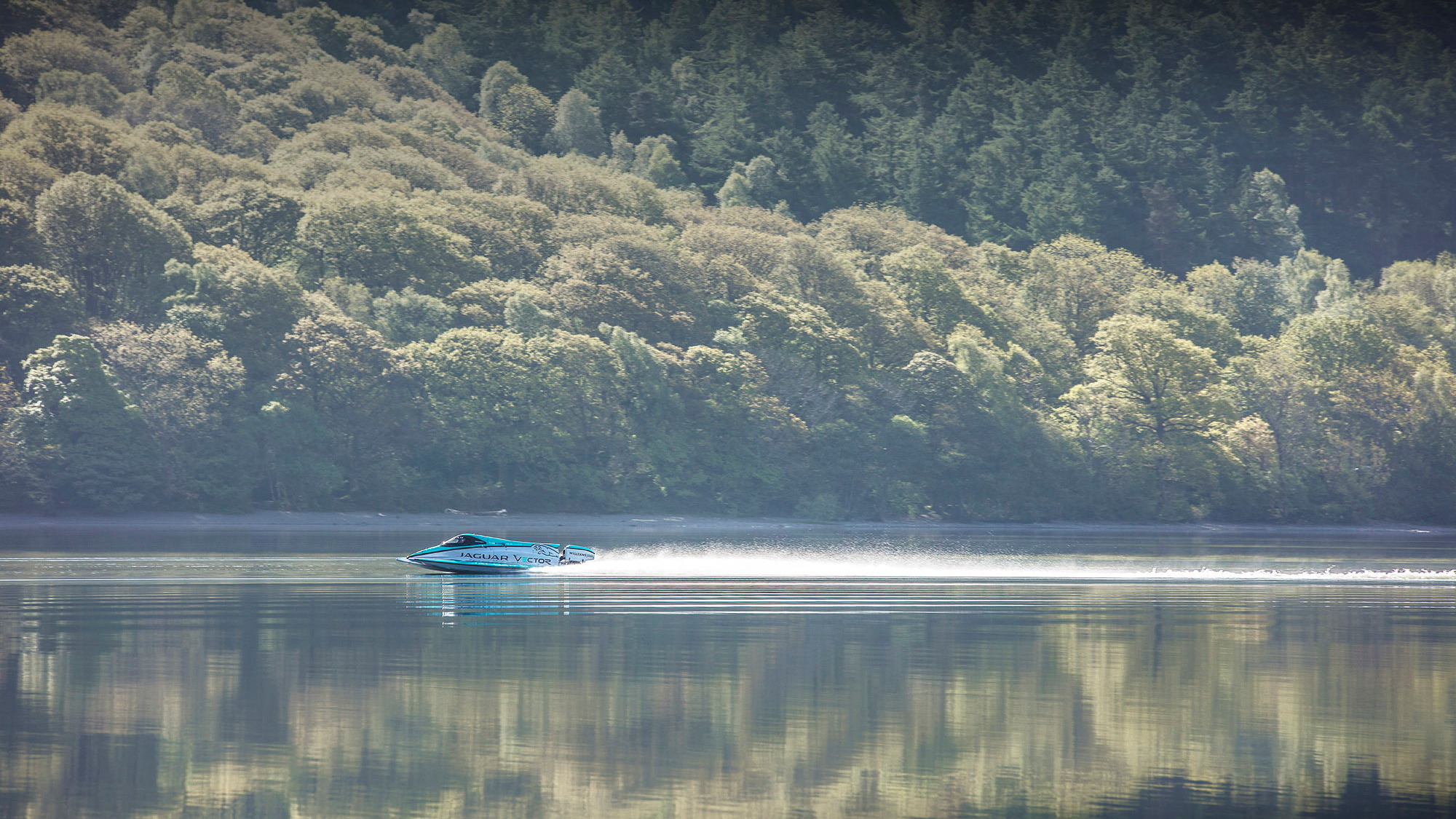 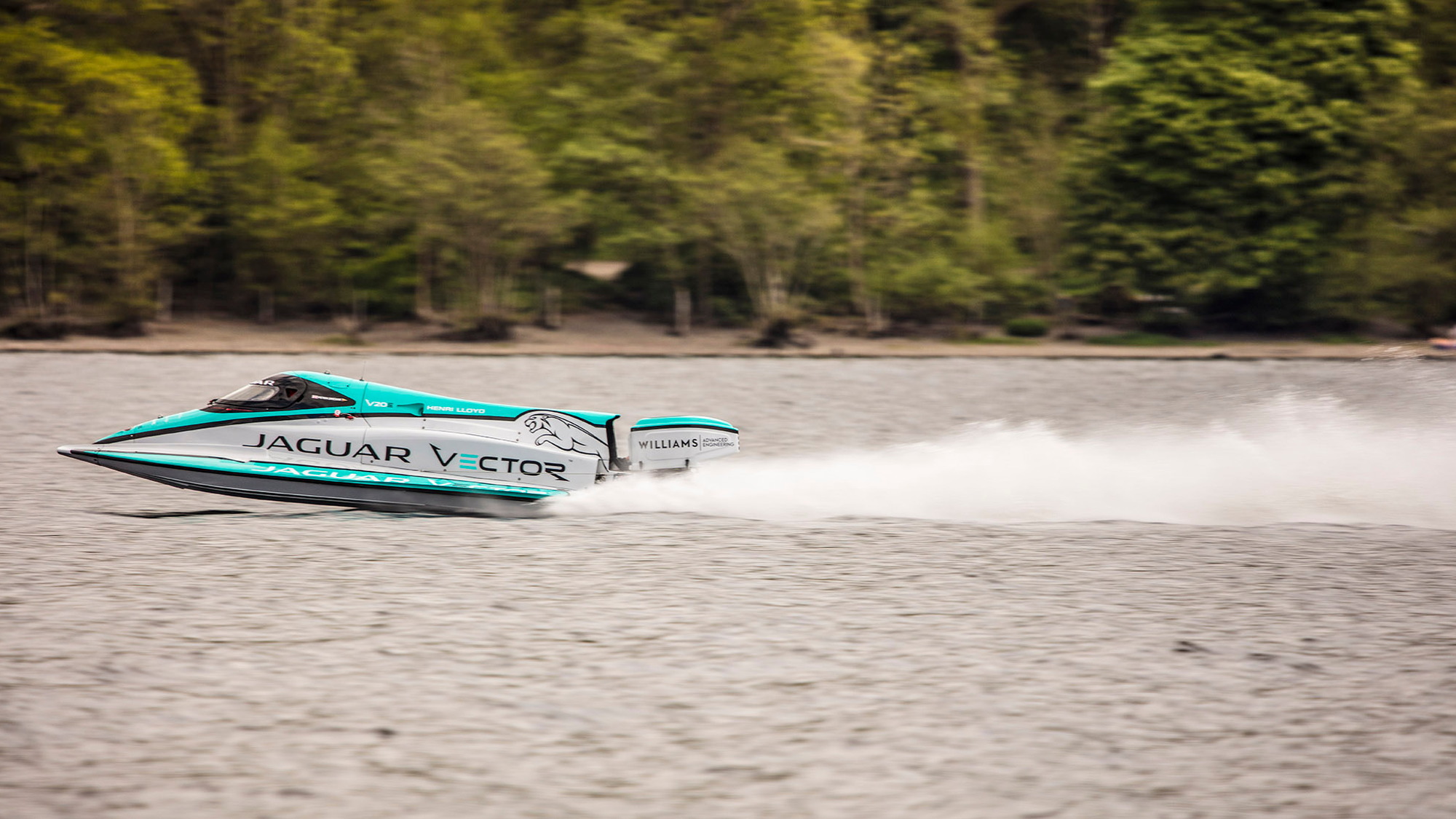 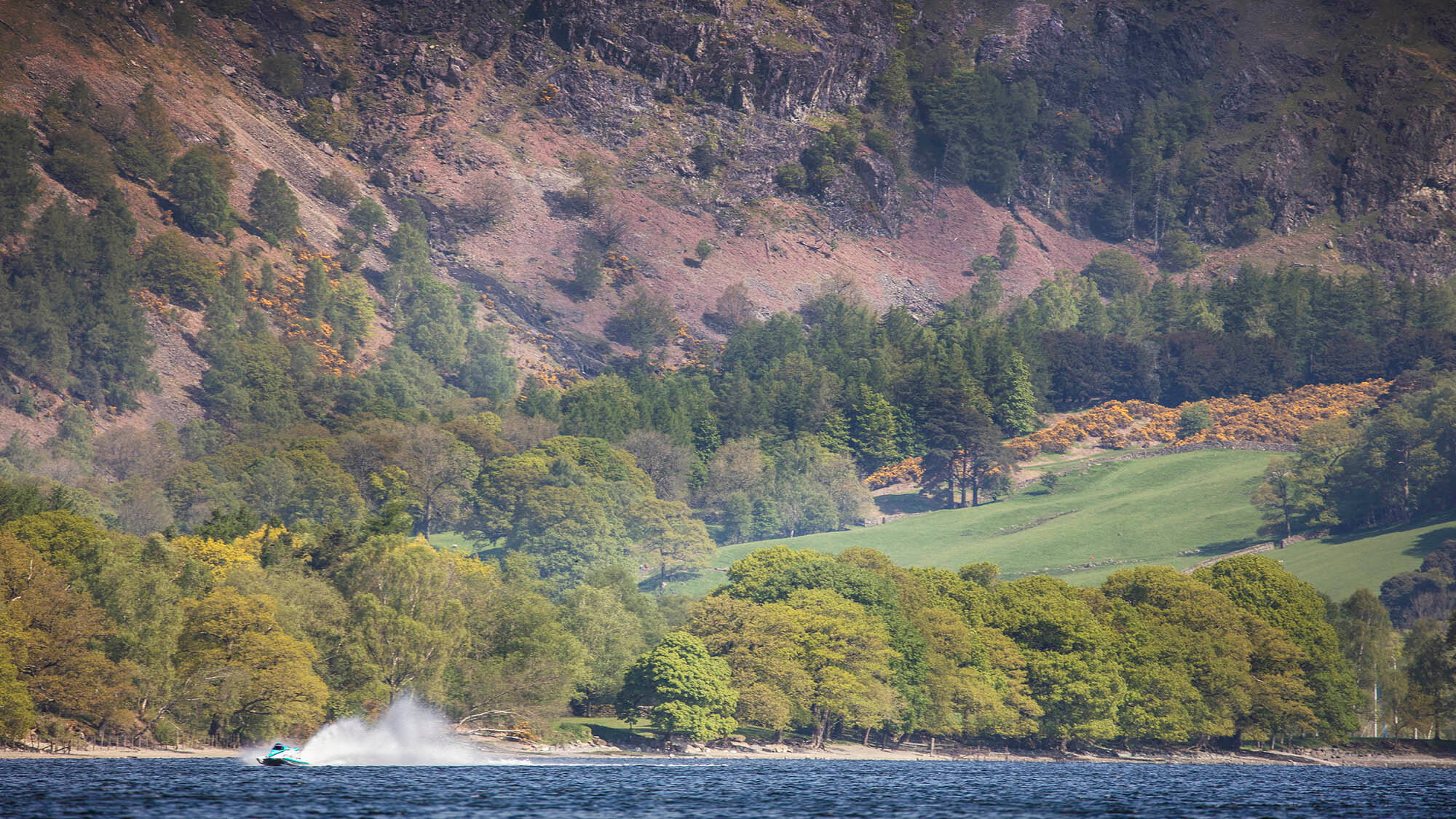 Breaking a speed record on land is a remarkable achievement. Breaking a speed record on water ups the ante more than a few notches because it introduces a number of dangerous factors and water adds immense drag. Jaguar has just added a maritime speed record to its resume with an electric boat. Jaguar Vector Racing set its record by running two ways on the 1-kilometer "course" of the Coniston Water in England, the team announced Friday.

The old record of 76.8 mph was set back in 2008. Now the record owned by Jaguar Vector Racing stands at 88.61 mph. Team co-found Peter Dredge was at the helm. The craft used to achieve the record is called the V20E. That E stands for electric, and this craft gets its power from an electric propulsion system sourced from Jaguar's Formula E technical partner Williams Advanced Engineering.

There's no word from either source on exactly what components go into the electric powertrain, but it shows that Jaguar is expanding the ways in which it utilizes its electric-propulsion technology. On the road, and in the most immediately useful fashion, that translates to the new I-Pace. However, as Jaguar further explores the electrified space through its motorsport and maritime record-setting adventures, it will learn more about how it can adapt and improve its batteries and motors for future road cars and SUVs.

Jaguar calls it "Race to Innovate," both on the track and in the water. Jaguar Vector Racing will make further world and national record attempts over the next 18 months.

Jaguar Vector Racing produced a video of its record run. The video is beautifully shot, with static shots of the boat intermixed with footage of the blast down the waterway. Aerial footage shows the sleek vessel as it works its way into the record books.

The team believes more speed can be found. Stay tuned for another attempt and an even higher record top speed.