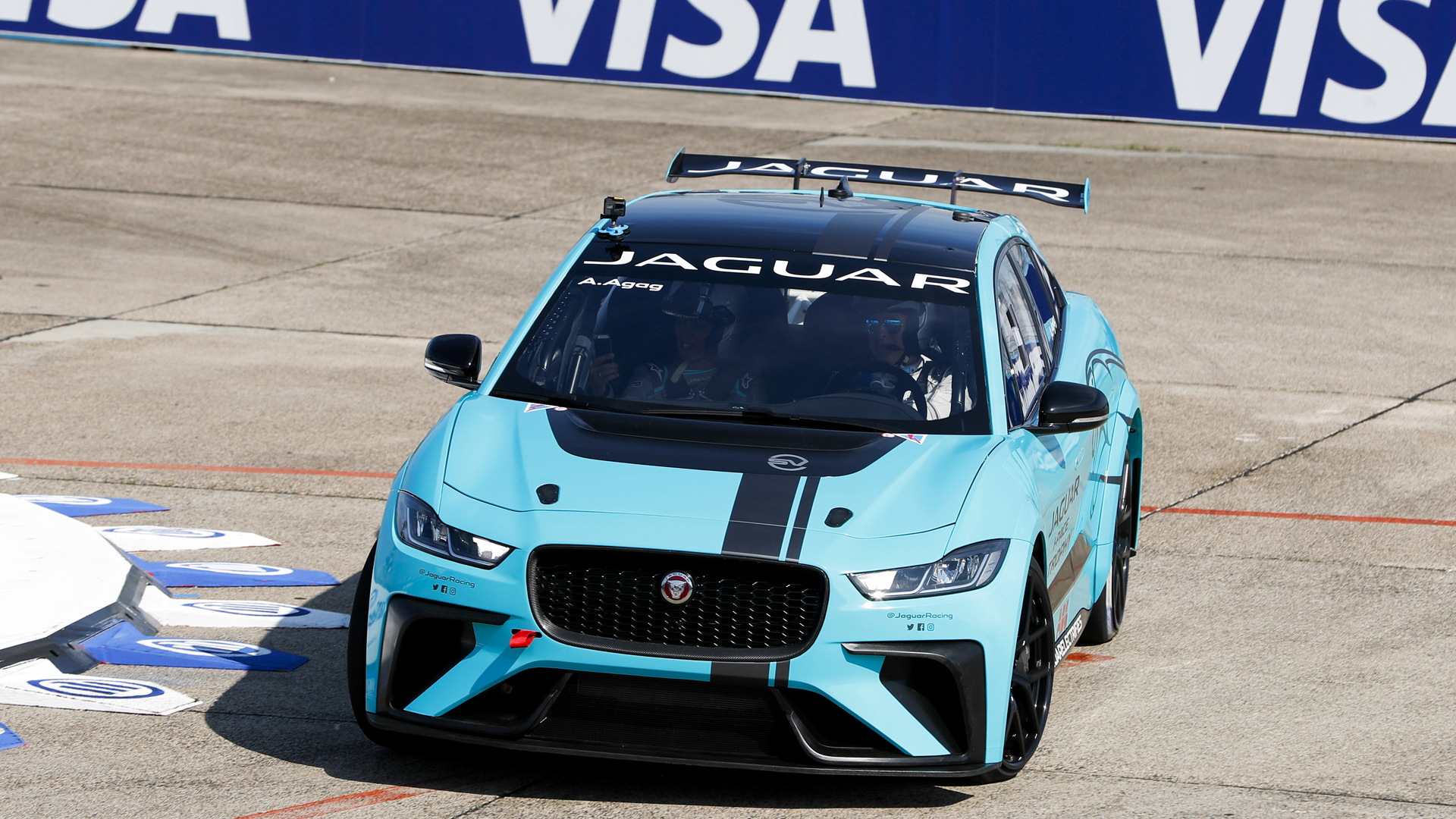 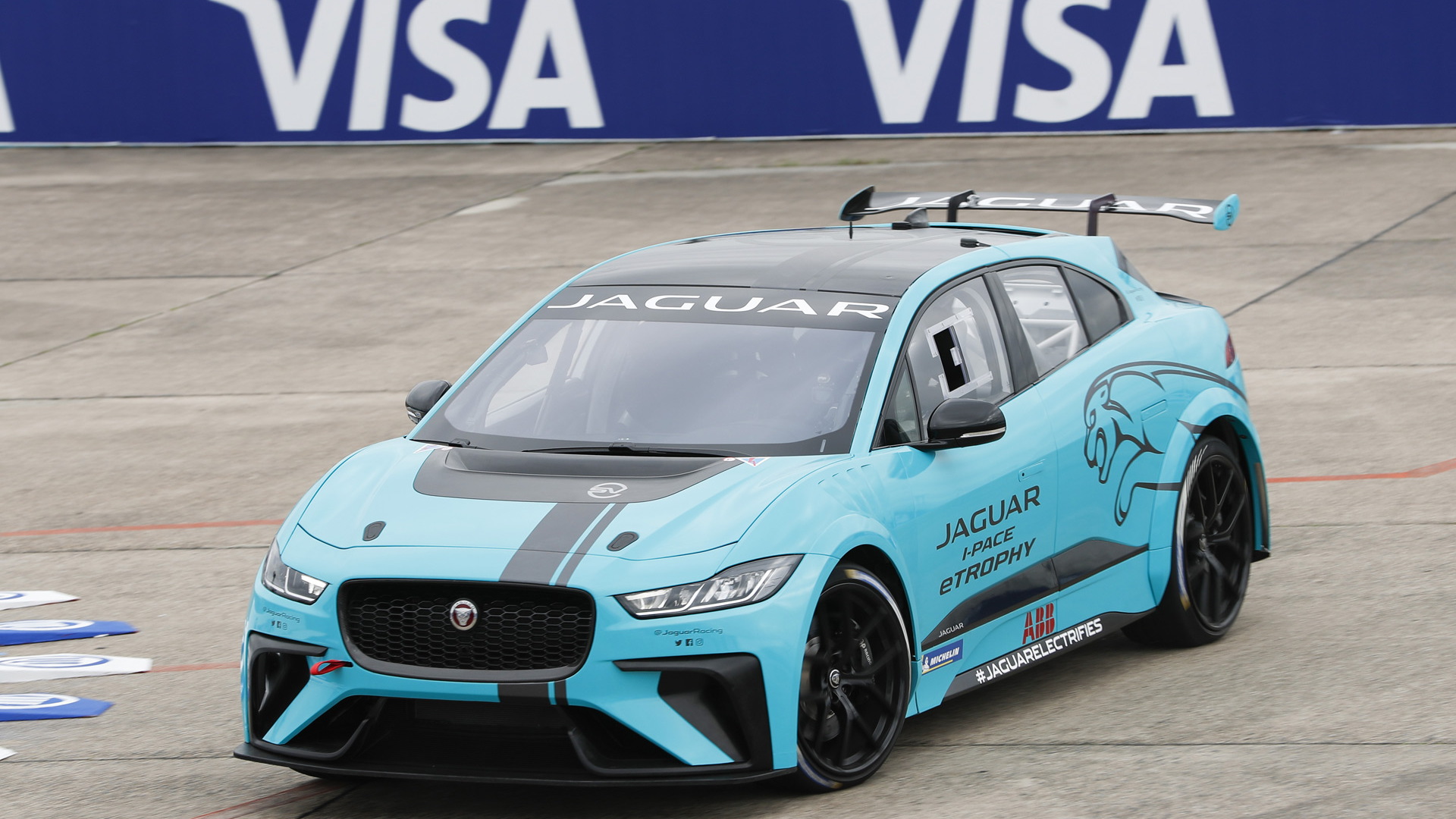 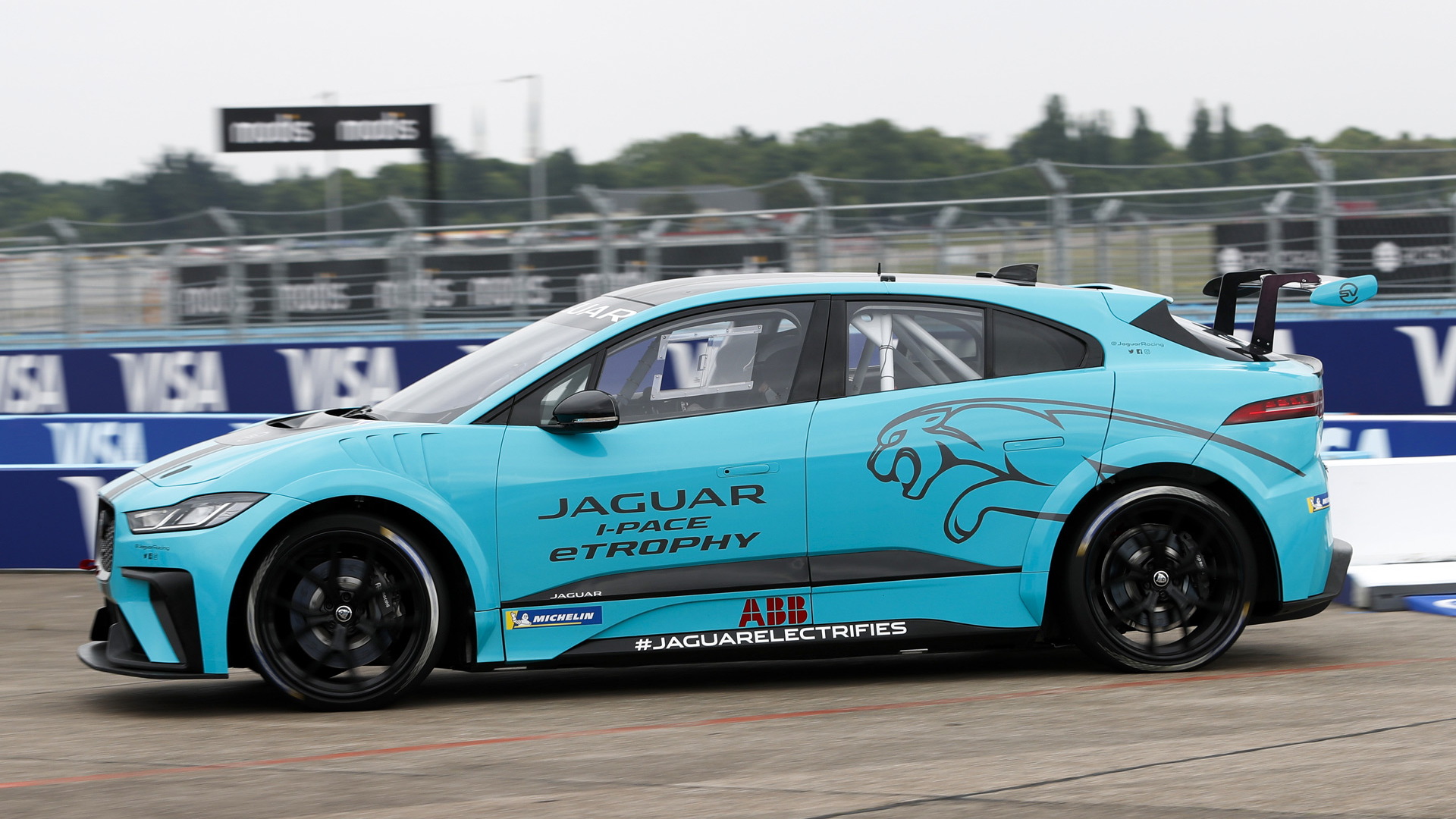 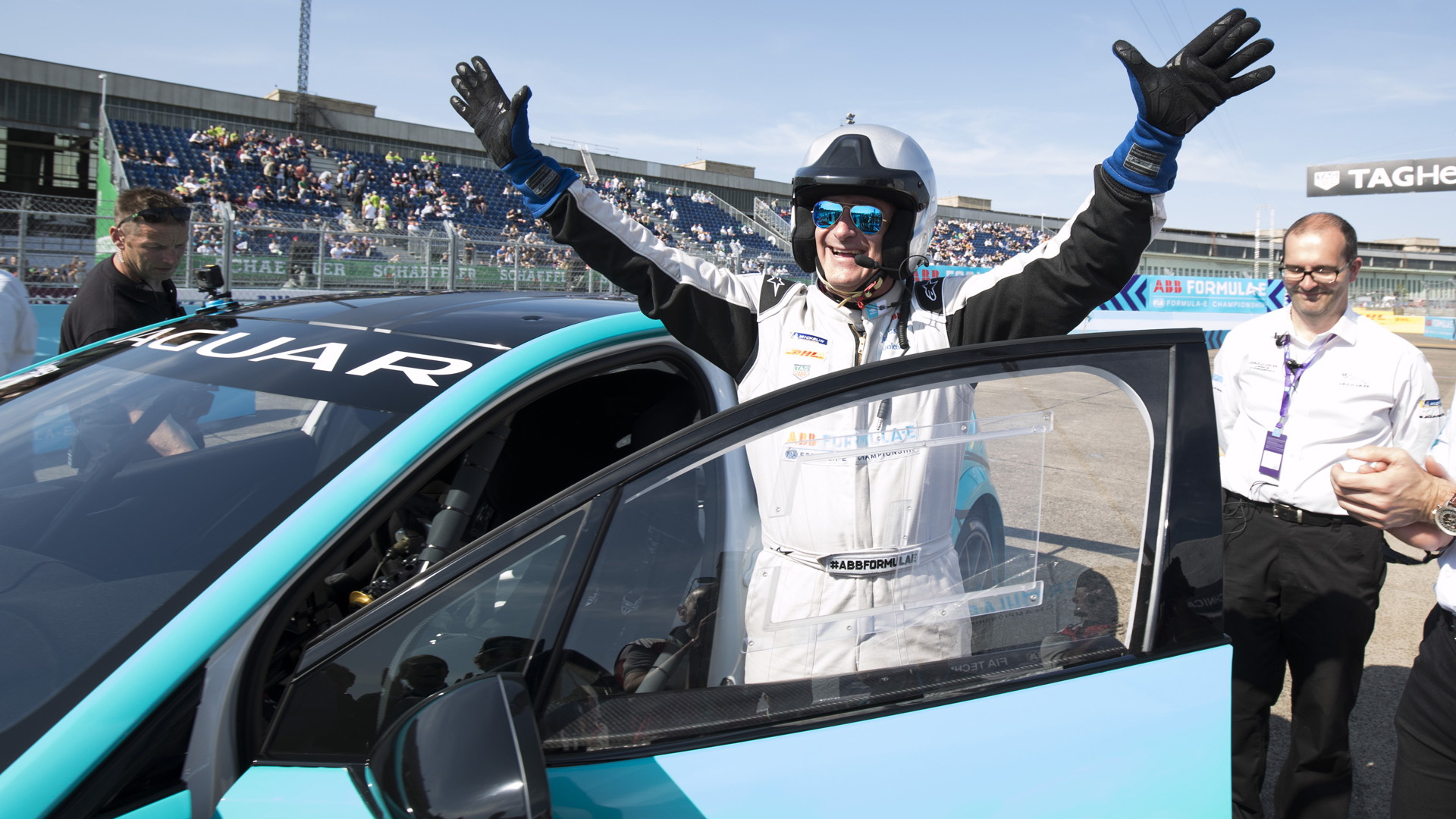 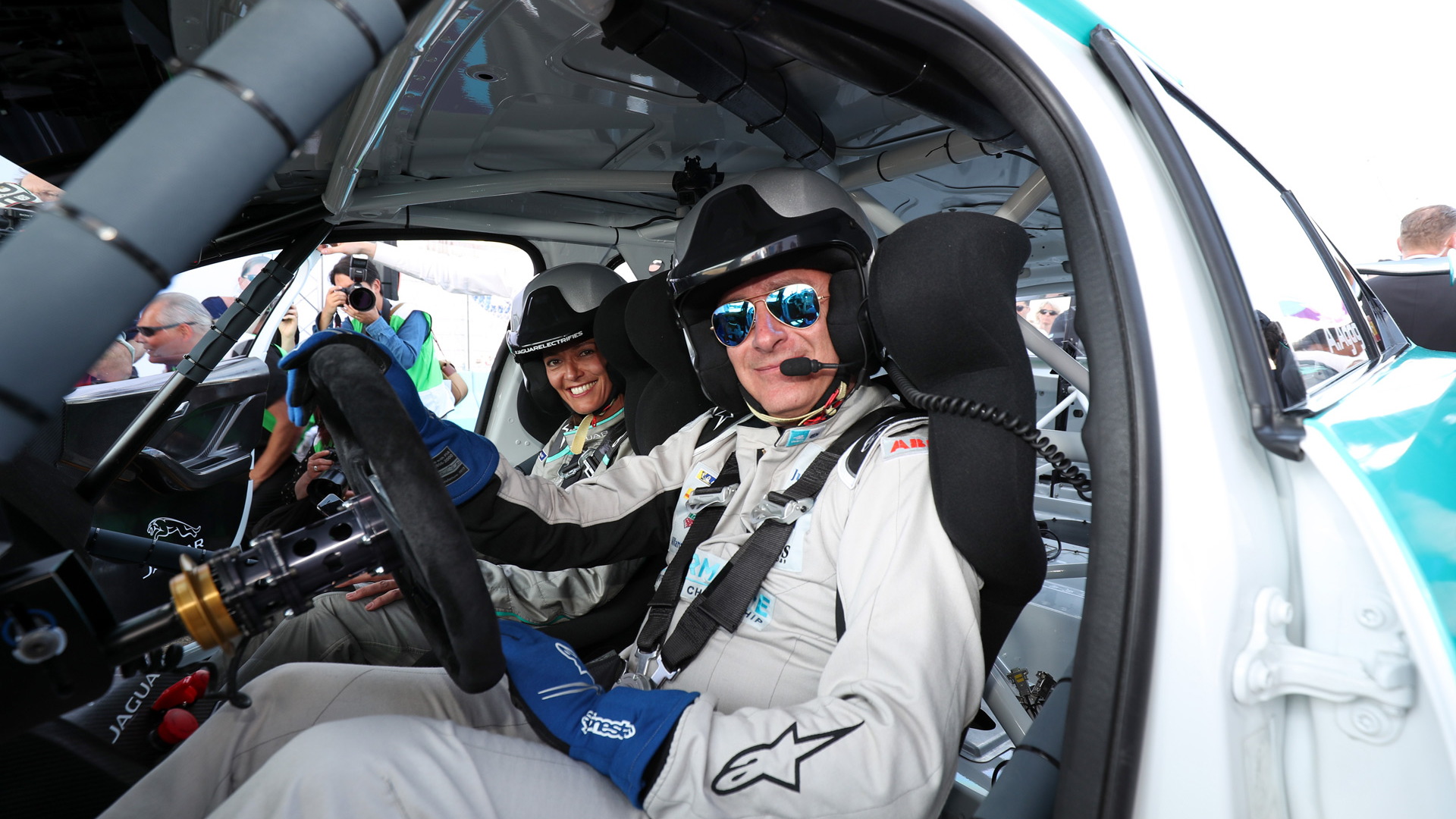 Jaguar is betting big on electric cars. That's clearly evident with the new battery-powered I-Pace crossover SUV and the fact that the British automaker has been racing in the Formula E Championship since the 2016/2017 season.

Jaguar is also creating a support series for Formula E. Called the Jaguar I-Pace eTrophy, it's a one-make series built around a dedicated racing version of the I-Pace which made its dynamic debut on Saturday during the 2018 Formula E Berlin ePrix. Driving the race-ready SUV was Formula E founder and CEO Alejandro Agag.

The stunt took place at the famous Templehoff Airport which serves as the circuit for the German capital's Formula E race. Agag was apparently quite thrilled to pilot this Jag because he knows that it is an important step toward combining a passion for electric road cars with an enthusiasm for the racing itself.

"When we launched the eTrophy series, I said I wanted to get behind the wheel and here we are eight months later,” Agag said in a statement. “This glimpse into the future will be a special moment for the championship as we look ahead to the next generation of electric racing.”

Agag's drive was only to show off the vehicle. The racing action, which will feature up to 20 I-Pace SUVs, will coincide with Formula E's 2018/2019 season which kicks off this December.

The Jaguar I-Pace eTrophy will be an “arrive and drive” style series, where Jaguar maintains the vehicles and handle all logistics. One of the first teams to commit to the series was Rahal Letterman Lanigan Racing.

As for the road-going I-Pace, it arrives in showrooms later this year as a 2019 model and with a price tag of $70,495. At launch, it will feature a 90-kilowatt-hour battery pack that feeds a pair of motors and provides 220 miles of range. The motors are found at each axle and combine to produce 400 horsepower and 512 pound-feet of torque.

The race car, sadly, is not for sale.