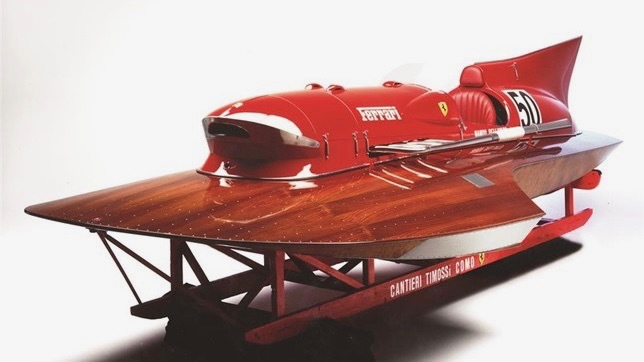 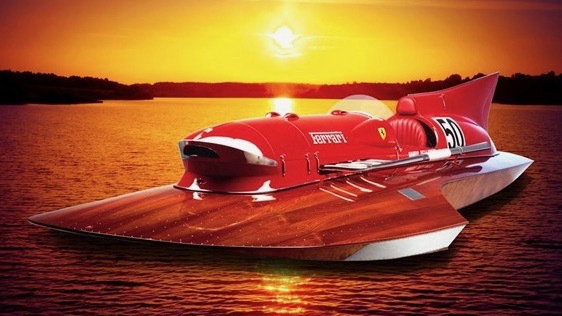 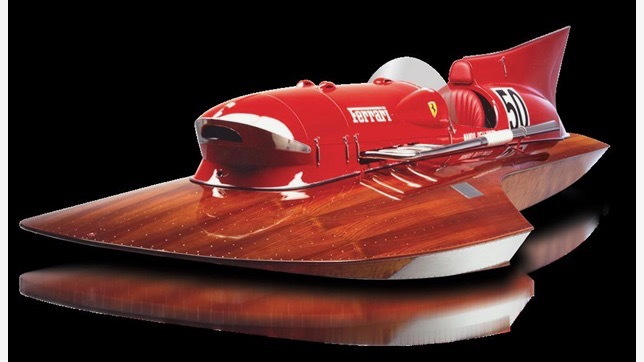 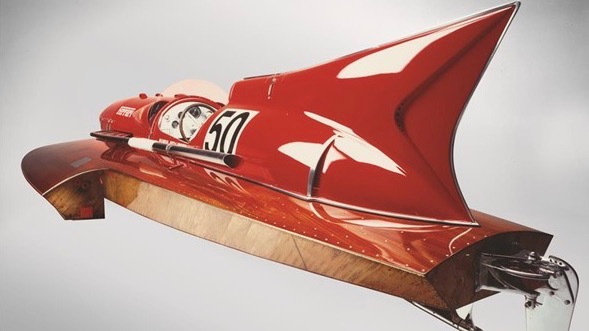 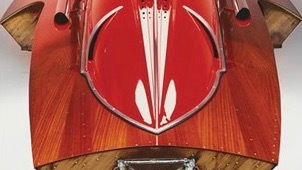 Mercedes-AMG has its branded Cigarette boats, and Honda builds outboard engines, but no automaker has a watercraft quite like this Ferrari V-12 hydroplane, dubbed Arno XI. Built in the 1950s to chase a speed record, it's now for sale through DuPont Registry.

First spotted by Road & Track, the Arno XI was developed in-house by Ferrari in partnership with speedboat racer Achille Castoldi, who pitched the idea directly to Enzo Ferrari. The goal was to sett a world speed record in the 800-kilogram class.

Castoldi bought a 4.5-liter V-12 for the project, but Enzo had it replaced with a racing engine from the Scuderia Ferrari stable. It produced 550 to 600 horsepower in race tune, according to the listing. The engine was installed in a hardwood hydroplane hull, designed to skim over the top of the water at speed.

The Arno XI went on to set the record—hitting 150.49 mph—but its racing engine blew shortly after. The boat has since been restored with a 4.5-liter Ferrari V-12 road-car engine, which made 385 hp in stock form, according to Road & Track.

A price isn't listed, but the Arno XI fetched the equivalent of $1 million at an RM Sotheby's auction in 2012.

Ferrari is no longer in the boat business, but rival Lamborghini unveiled a yacht earlier this year, designed in collaboration with the Italian Sea Group. Lexus and Mercedes-AMG have launched branded yachts as well, but not for racing. Jaguar, however, set an electric water speed record in 2018 using a boat designed with knowledge from its Formula E racing program.