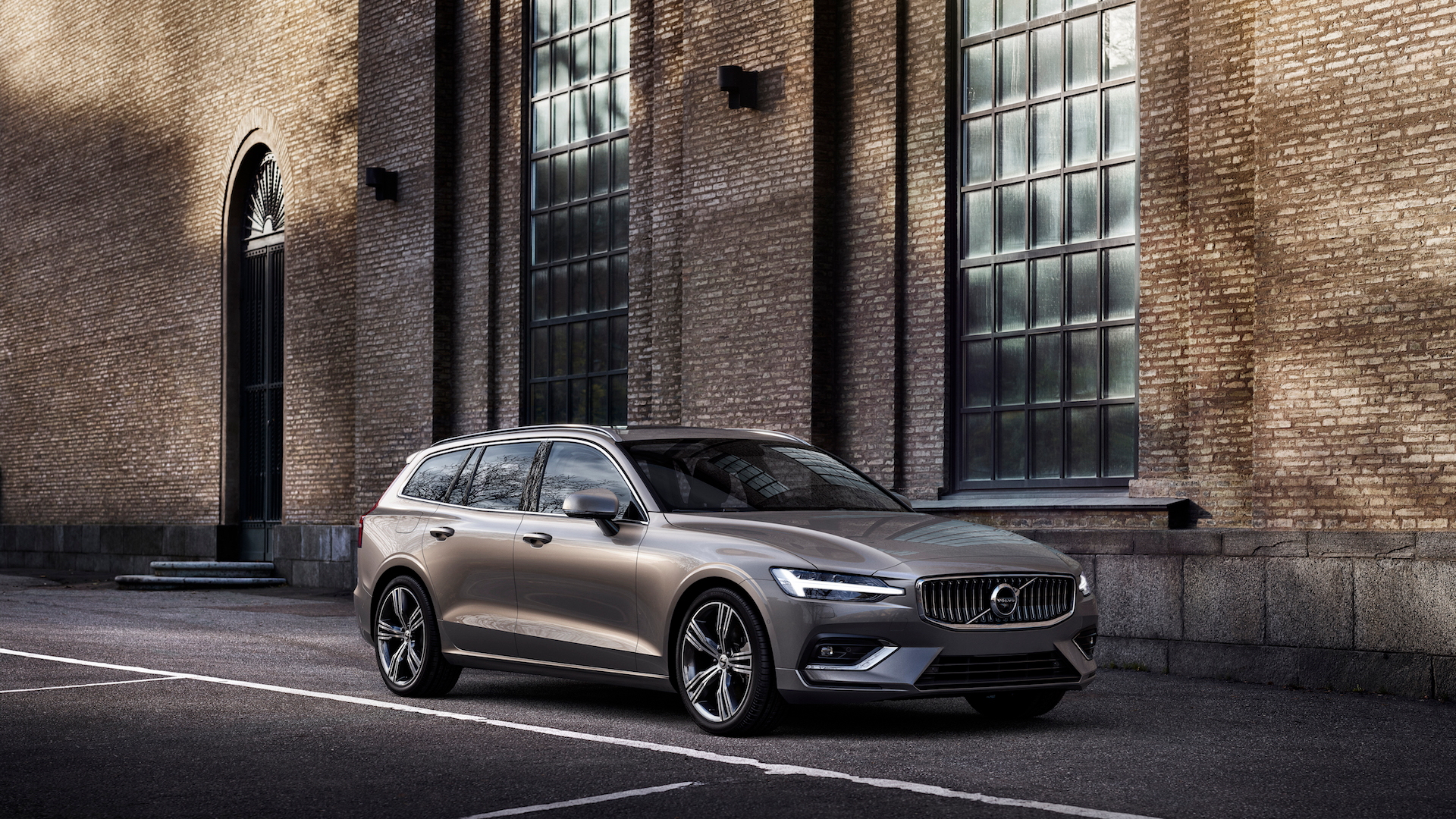 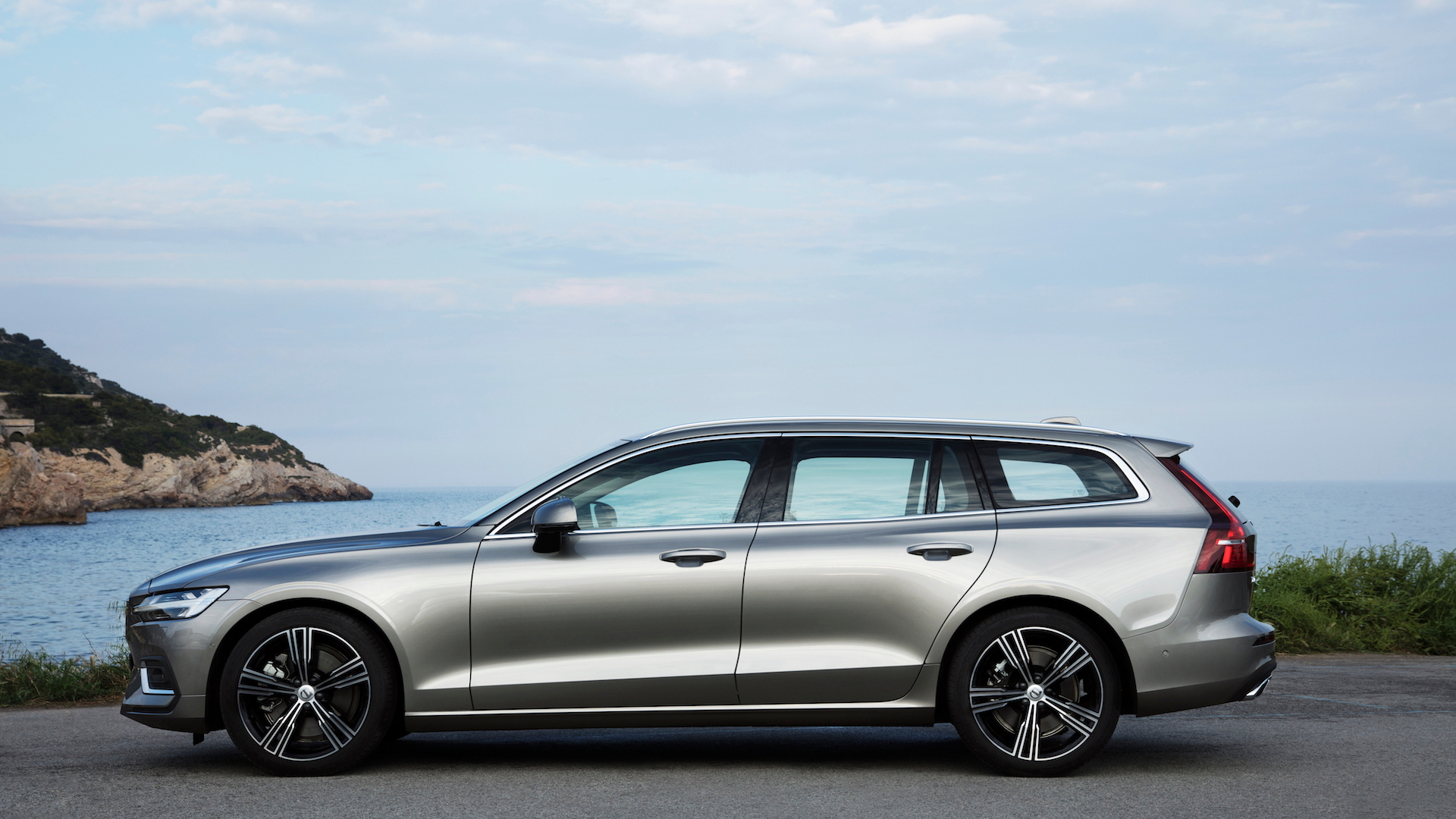 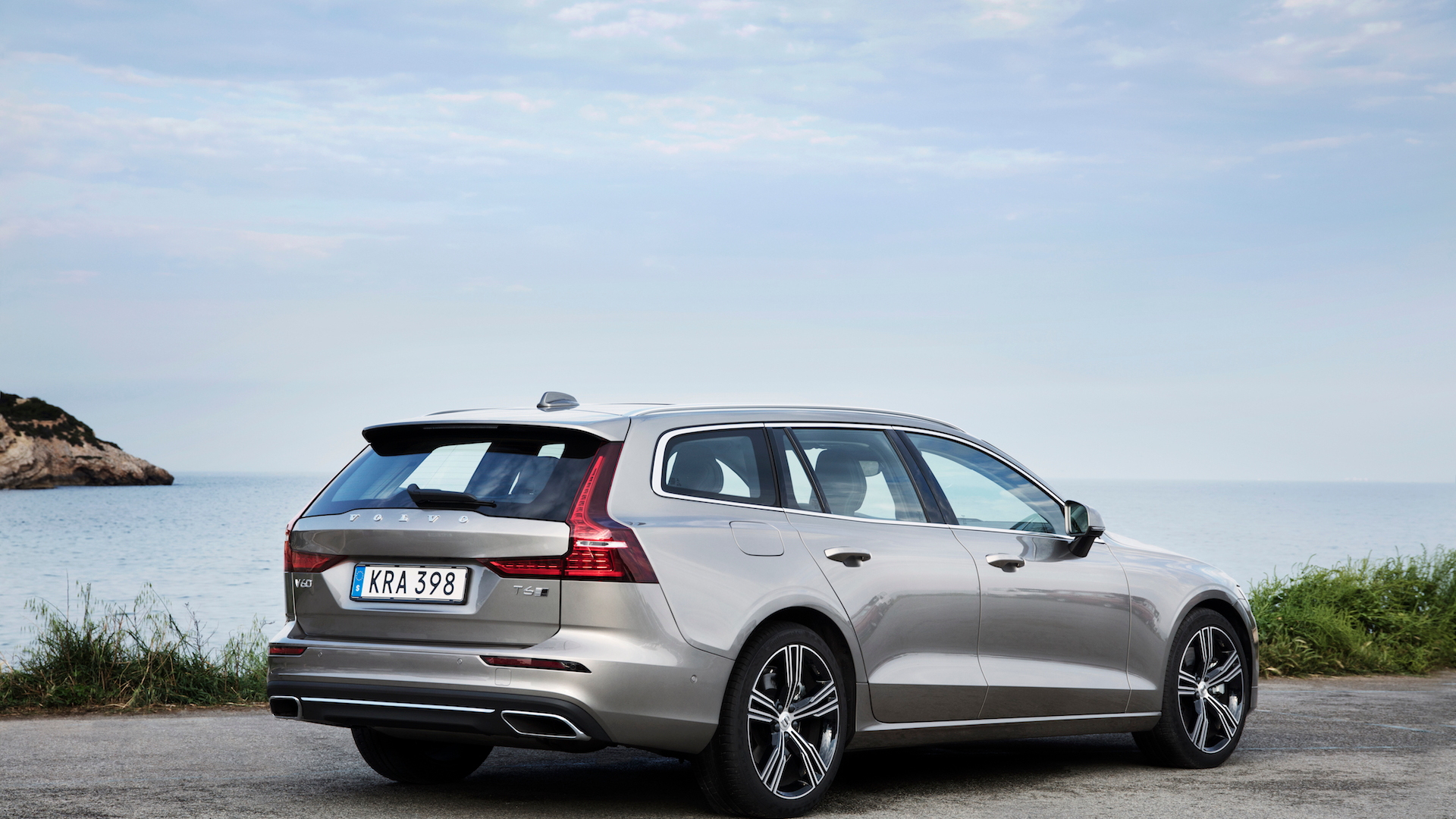 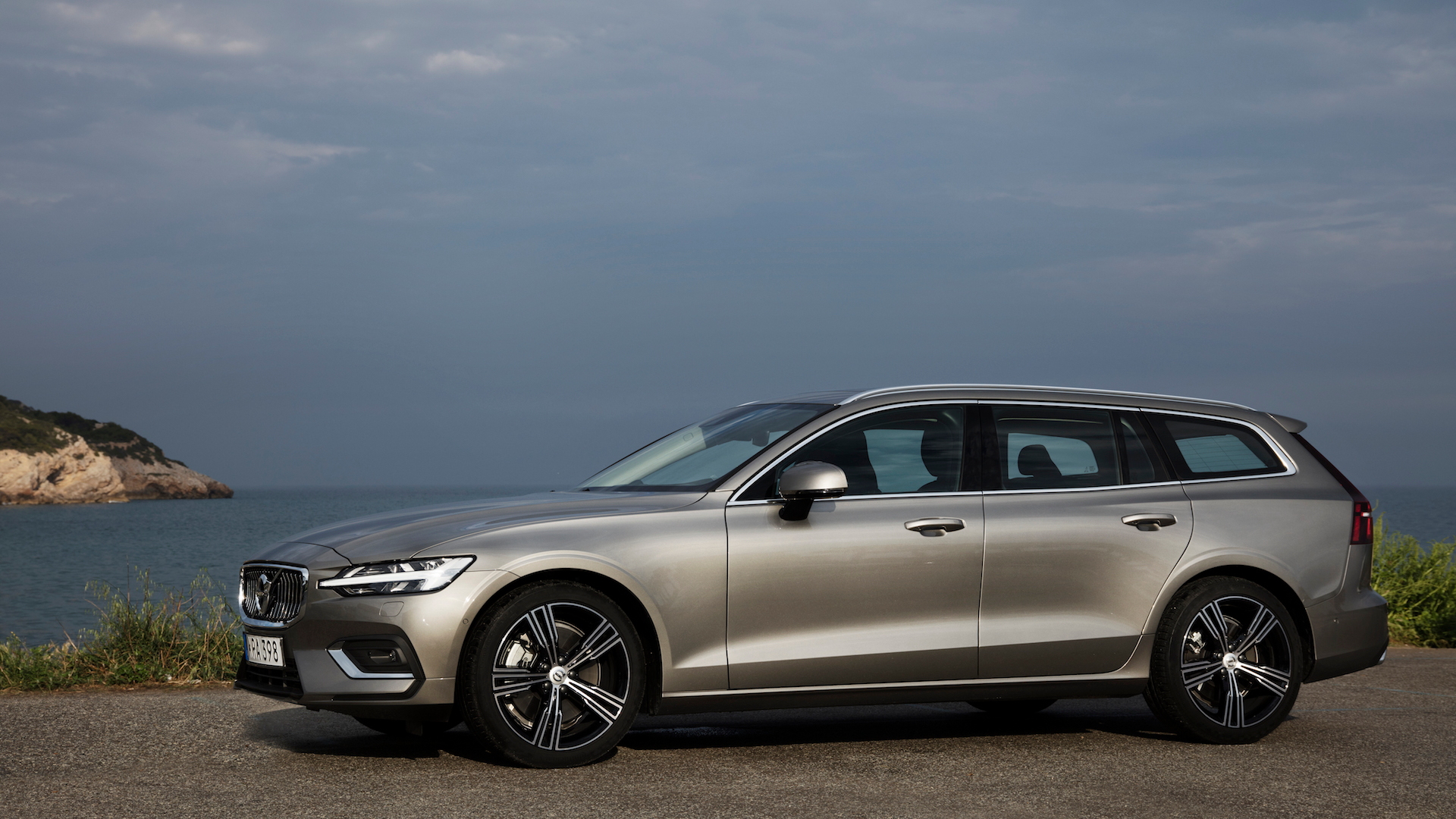 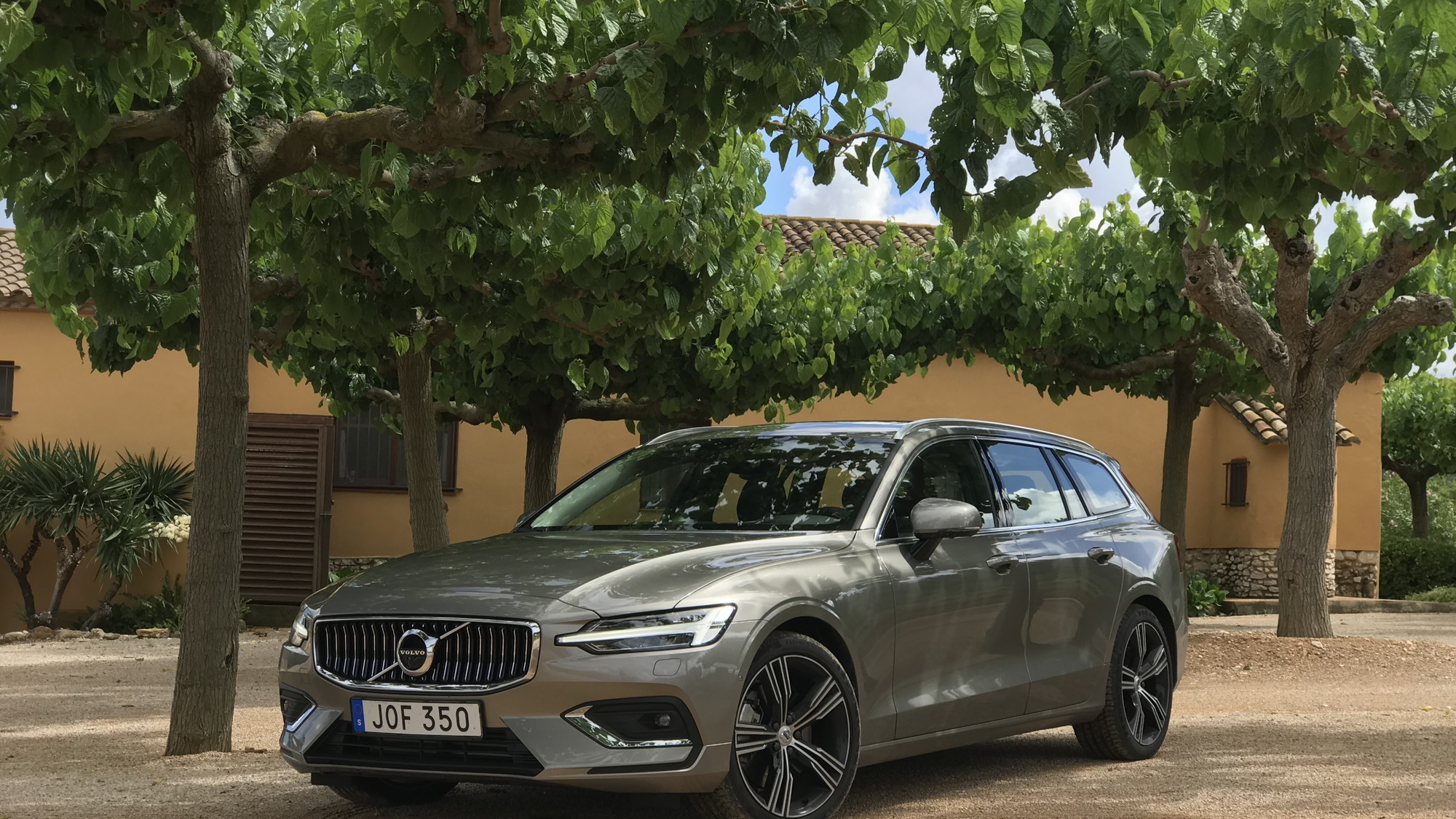 As I sit in the 2019 Volvo V60’s supremely comfortable seats and drive through a flash flood in Tarragona, Spain outside of Barcelona, I ponder just how much three inches really matters. You see, the V60 is a wagon—the kind of car that Americans don’t like to buy—but it shares its Scalable Product Architecture (SPA) platform, its powertrains, and much of its design aesthetic with the XC60 crossover SUV, which is the kind of vehicle Americans do like to buy.

Basically, the difference between the V60 and the XC60 is three inches of ground clearance. Should that really make the difference in so many sales? No, but it will.

The rain in Spain

I would argue that it shouldn’t. The V60 has several advantages over the XC60, and in these streets flooding with about 10 inches of water, a few disadvantages.

That ride height would come in handy right now to help it ford this standing water. However, by going slow and choosing a careful path, the V60 gets through it. Barely. Those inches would also help in the snow, and they provide a higher seating position for a better view ahead in traffic.

The other 97 percent of the time, the V60 has the advantage over its SUV counterpart. The lower ride height makes it handle better, look sleeker, and cut the air better for what is likely better fuel economy (numbers aren’t available yet). It also weighs a bit less, and will probably cost a few thousand dollars less (again, pricing isn’t available yet).

After a few tricky moments dealing with in-town flood waters brought on by heavy rain, we escape town and get onto highways that are wet but are free from standing water. It’s time to experience the V60 in an non edge-case scenario.

The new V60 isn’t your grandfather’s station wagon. Its angular lines give it a thoroughly modern aesthetic, and it’s long roof works here not to create a stodgy appearance but to accentuate a low look that reads as sleek and sporty. Take those three inches of ride height out of the XC60, and it would look awfully similar.

Inside, anyone who has driven a recent Volvo will think they’ve seen this movie. That’s not a bad thing. It’s a rather luxurious place to be.

Those seats are not only cosseting in their shape, but Volvo also offers heating and cooling, active bolsters, and even a massage function. They’re also available with a cool plaid cloth insert called City Weave on the T5 Momentum base model, and otherwise come in supple leather.

Aside from the seats, the V60 offers the same basic design as its SPA siblings with many of the same soft-touch materials on most surfaces. In fact, in this Inscription model, I have to look pretty hard to find cheaper plastics, but I spot them on the lower portions of the C-pillars. Volvo covers the dash top and door panels with a leather-like material, and even adds stitching to the dash.

Smack in the middle of the dash is the same Sensus infotainment system with a vertically oriented 9.0-inch screen. Here, however, the processor is updated for faster response times, faster boot up, and better voice recognition. It comes standard with Apple CarPlay and Android Auto, and is one of the better systems on the market, especially now that it runs faster, but Sensus will take some time to master for new buyers.

Match up the interior dimensions with the XC60 and they are surprisingly similar. Cargo volume is actually better at 23.2 cubic feet behind the rear seat and 50.9 cubes with the rear seat folded versus 22.4 and 50.6 in the XC60. The V60’s numbers are 20 percent greater than the previous model, thanks to a wheelbase that grows 3.8 inches to 13.1 inches and an overall length that expands 4.9 inches to 187.4 inches. That wheelbase is 0.3 inches longer than the XC60’s and the overall length is almost three inches longer.

Front headroom in the V60 suffers for the standard sunroof, and is almost three inches shy of the XC60's measurement, so taller drivers may be cramped. Rear legroom is a win for the XC60 by almost three inches, but I found plenty of space to sit behind myself, though I qualify as exceedingly average in height.

The main issue is the lower rear seat cushion. It sits too low, and therefore offers no thigh support, which will become a problem on longer trips. Volvo is making a concession to the cargo area here, as the low seat bottoms allow the cargo floor to fold mostly flat. Those seatbacks fold via handy buttons in back of the cargo area or actuators on the seats themselves.

As we’d find the next day on a trip to the airport, the cargo area has (just) enough room to hold four rollerboard bags and four backpacks/briefcases. Given the dimensions, the XC60 would hold about the same.

Powerful, but no sport wagon

On the rain-soaked roads, the V60 impresses with its buttery smooth ride quality, much like that of the XC60. It’s one of the car’s greatest strengths, and it makes it a very pleasant mode of transportation.

Later in the day, the sun comes out and the roads have dried. It’s my chance to find out how well the V60 handles when pushed through twists and turns.

With a 55/45 front/rear weight balance and based on a platform that serves everything from a full-size sedan to a compact SUV to a compact wagon, the V60 isn’t overly nimble. The steering is direct and has some decent heft, but that weight bias means the car prefers to plow forward when attacking corners rather than dart through them. However, sitting three inches closer to the ground gives the V60 a clear advantage over the XC60; it might not be nimble, but the V60 also doesn’t have the body lean of an SUV.

The available 4C Active Chassis system also provides adjustable dampers that firm up in Dynamic mode to provide more road feel and slightly sharper moves, but they don’t turn this decidedly luxury-oriented car into a sport wagon. Perhaps the R-Design model, due later in the model year, will solve some of these handling issues.

What the V60 lacks in agility it makes up for in straight-line prowess. Volvo is bringing the V60 to the U.S. in two models when the V60 goes on sale early next year, the front-wheel-drive T5 with a 250-horsepower 2.0-liter turbo-4, and the T6 AWD, which is powered by a supercharged and turbocharged version of the 2.0-liter 4-cylinder that sends 316 hp through all four wheels. Volvo is providing only T6 AWD models on my rain-soaked Spanish adventure.

Volvo’s “twin-charged” 4-cylinder is an oddball but an effective one. The boost from the supercharger comes on from the get go and it gives the V60 willing thrust off the line. At about 2,500 rpm, the supercharger hands off to the turbocharger. Letting the supercharger do the work at low rpms allows Volvo to use a larger turbo to get more power out of just 2.0 liters. The hand-off is seamless and the willful 2.0-liter keeps the thrust on boil with a bit of a raggedy edge when pushed hard. It also launches this otherwise comfortable cruiser from 0-60 mph in a tidy 5.4 seconds and pushes the V60 to a top speed of an electronically limited 155 mph.

Volvo sends the power through a smooth-shifting 8-speed automatic transmission. A console-mounted switch offers Eco, Normal, and Dynamic modes for the powertrain, and while the Dynamic mode holds gears longer, it isn’t particularly aggressive. Volvo also doesn’t provide steering wheel shift paddles for those who like to select their own gears, though that can be done via the gearshift.

For those who want even more, Volvo plans to offer a plug-in hybrid T8 model with 400 horsepower in the future. That should turn the V60 into a low-trajectory rocket, with a 0-60 mph time of less than 5.0 seconds.

Three inches doesn’t mean that much to me

I get it, people like the command seating position offered by crossovers and SUVs. For older folks, those extra inches of ride height can also make those vehicles easier to get into. However, I’ll gladly forego those three inches for the extra control on the road, the sleeker look of this particularly attractive wagon, and what is likely to be a lower price.

Maybe America will catch on that three inches don’t matter that much. Probably not.

Volvo provided travel and lodging to Internet Brands Automotive to bring you this firsthand report.