Hot on the heels of the intricate Bugatti Chiron Lego model, everyone's favorite toy bricks have been turned into another masterpiece.

The Petersen Automotive Museum announced on Monday that a full-size, McLaren 720S model is now on display at the museum.

The 1:1 model is made of more than 280,000 Lego bricks and weighs 3,200 pounds. McLaren worked closely with Lego professional builders with CAD data to ensure the final product mirrored the supercar's image. The tiny bricks are built around a steel frame, and in total, builders took 2,000 hours to complete the final product. It's one of many Lego supercar builds we've seen in recent years. Builders have also undertaken a Lexus LFA, Nissan GT-R, and a Chevrolet Batmobile.

Although the car is made entirely from Legos, the production car's Pirelli P Zero Corsa tires sit at all four corners complete with silver Pirelli Color Edition graphics. 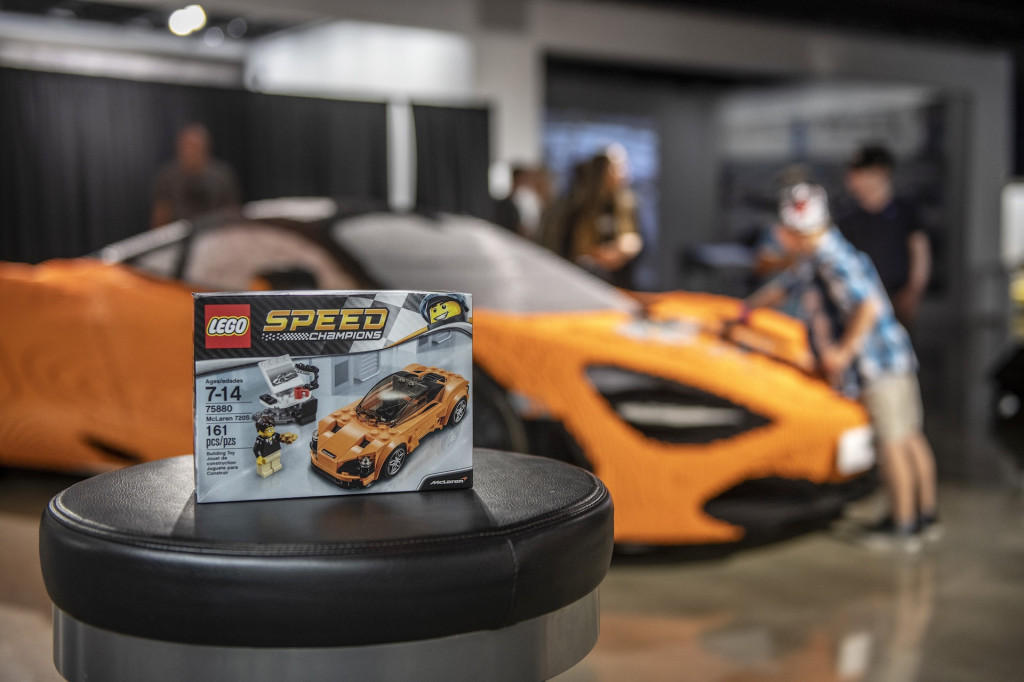 The museum invited visitors to partake in the build process, too; Museum-goers placed the final few bricks to complete the 720S build. Those visiting the museum will find the Lego McLaren residing on the building's second floor, and visitors will also be able to customize their own mini Lego Speed Champions McLaren on an interactive iPad app next to the car.

The McLaren 720S Lego build will remain on display until August 19, and if money and time are no object, the full-size kit can also be purchased for $284,745. The miniature kit will likely suit most much better, and it's a fraction of the cost.