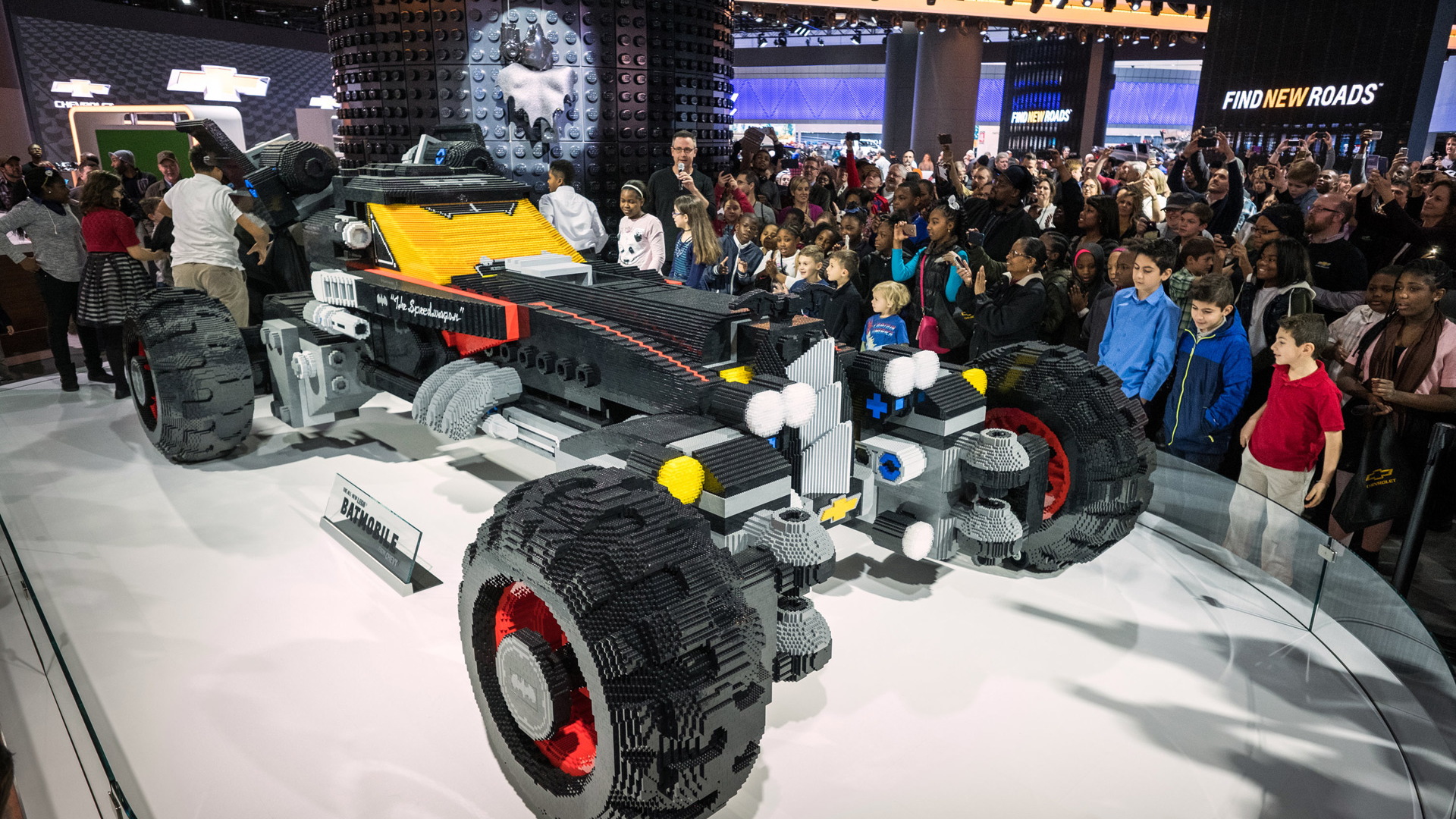 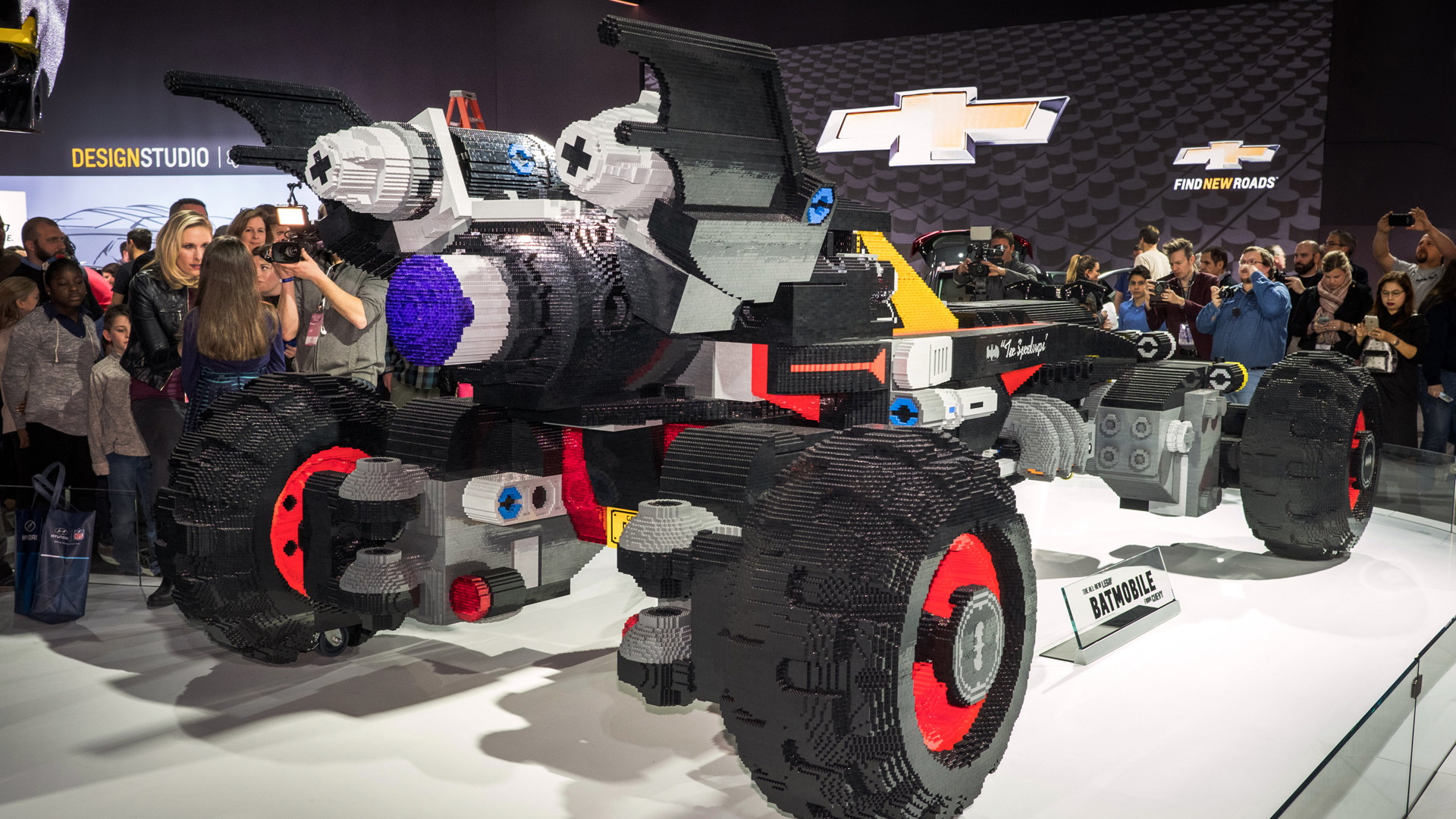 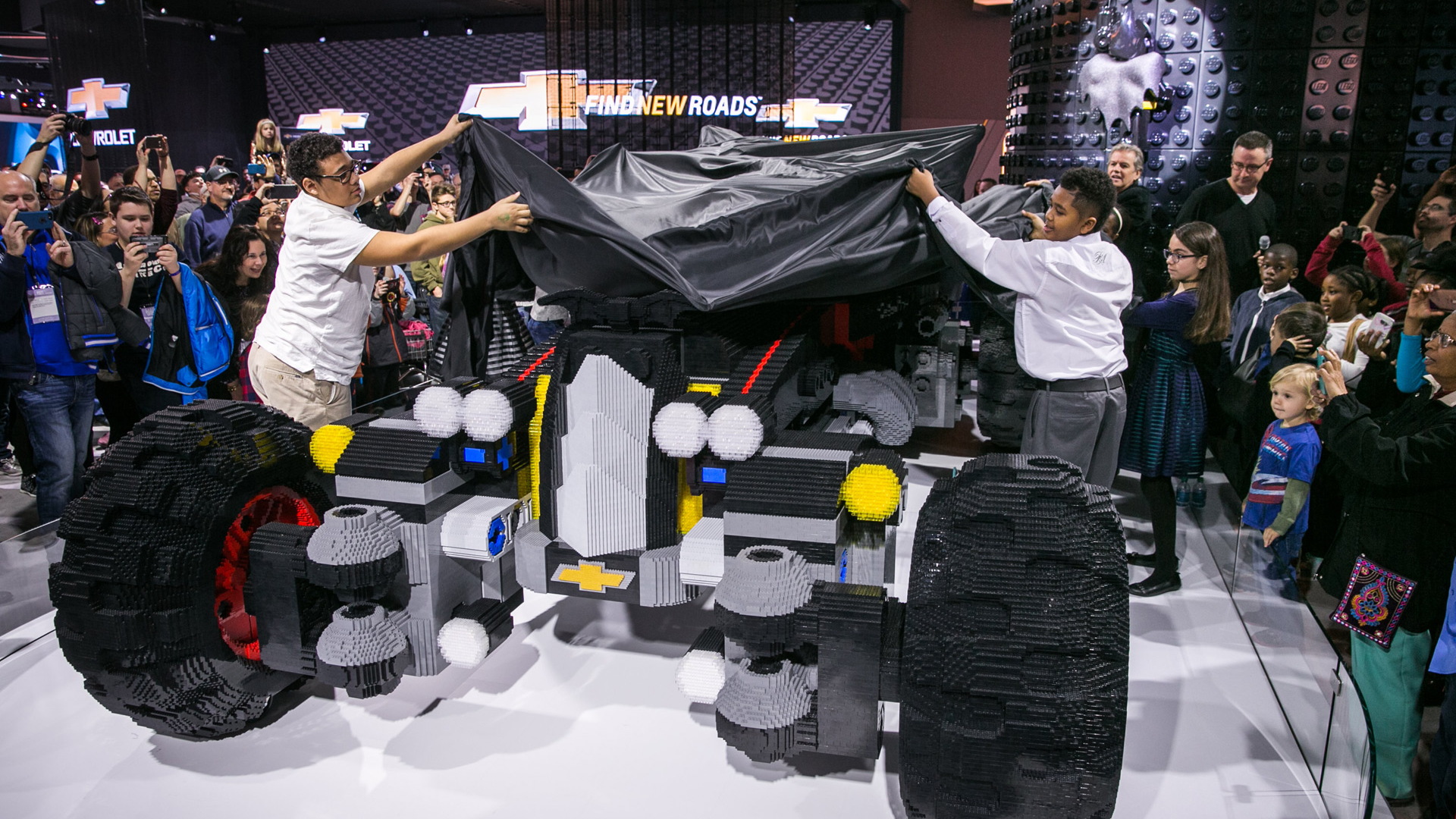 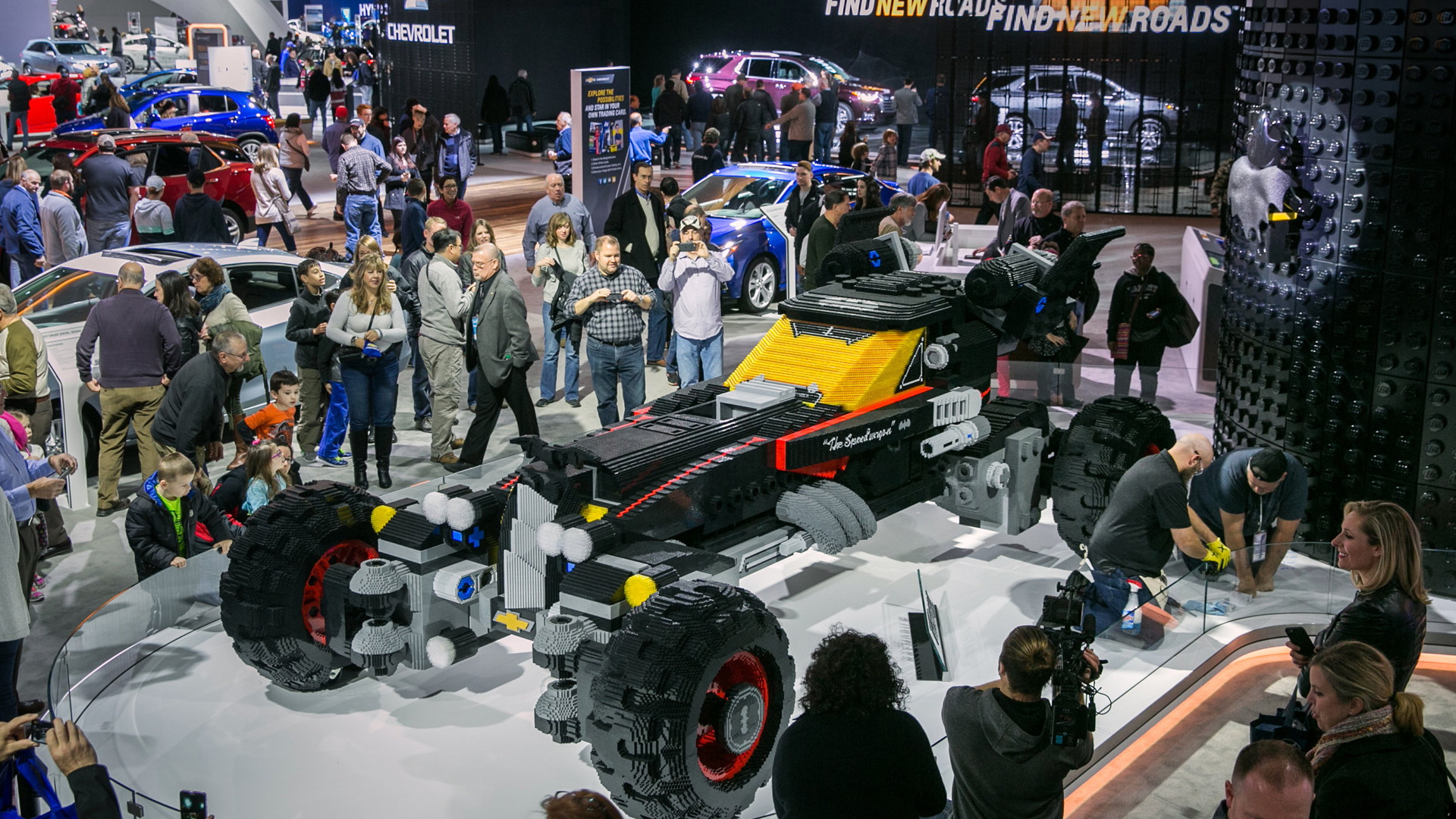 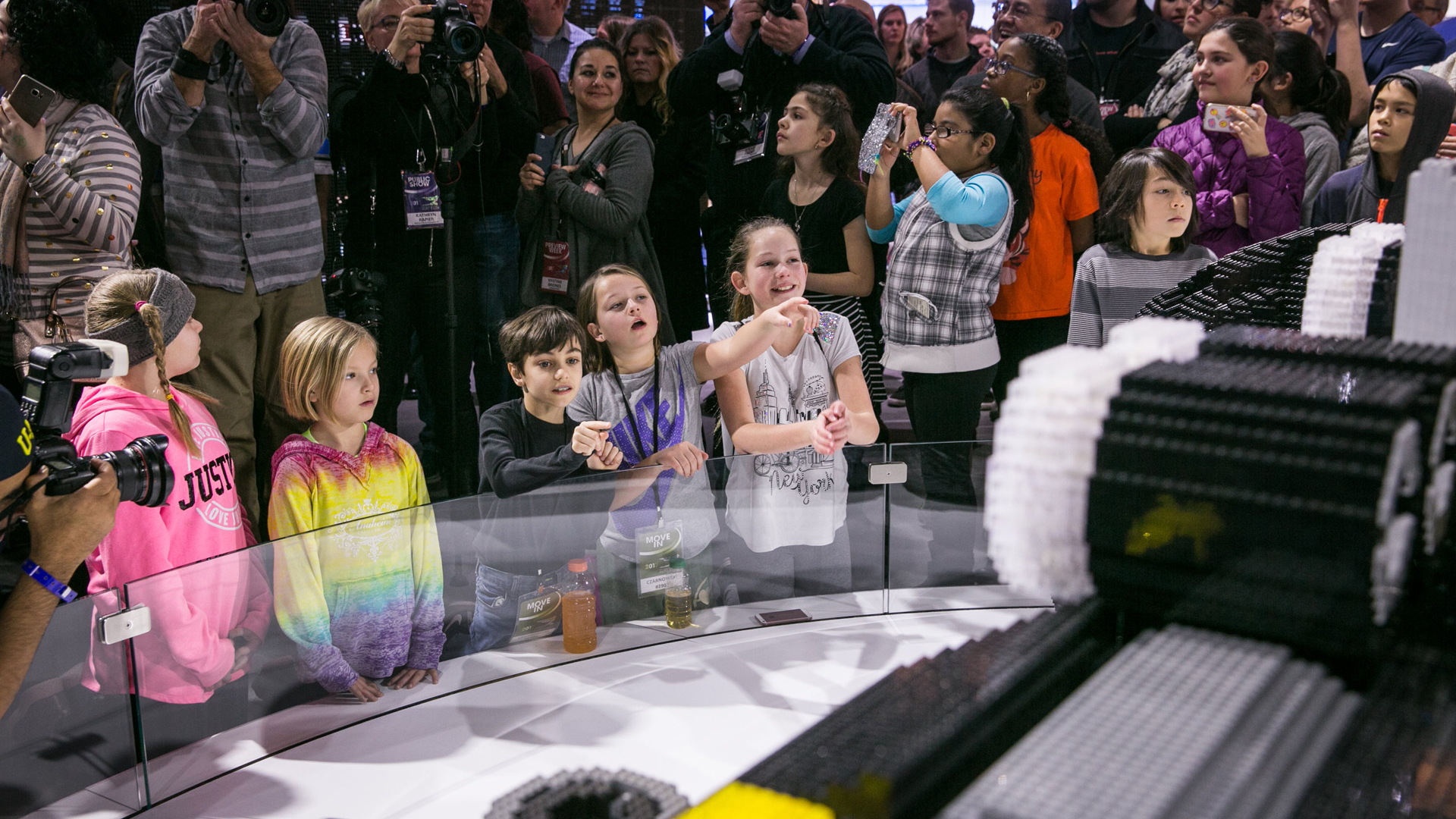 Chevrolet was so excited about the upcoming Lego Batman movie that it’s gone out and built its own Batmobile made from the tiny plastic bricks. But we’re not talking about a miniature Batmobile you can roll across your desk. No, Chevy’s Lego Batmobile is life-sized, and it proved to be quite the hit at its reveal during last week’s 2017 Detroit auto show.

Chevy’s Lego Batmobile is 204 inches long and features a design inspired by the “Speedwagon” destined to appear in “The Lego Batman Movie” when it debuts on February 10, 2017. The model also weighs close to 1,700 pounds, with each tire alone weighing about 100 lb.

Chevy says the build required 344,187 bricks and 1,833 hours to complete. The automaker had a little outside help, though. Responsible for the project was Lego Master Builders of Enfield, Connecticut and lending a helping hand were children from Detroit’s Cody Rouge Community Action Alliance.

In “The Lego Batman Movie,” Bruce Wayne must not only deal with the criminals of Gotham City but also the responsibility of raising a boy he’s adopted. Featuring as some of the voice actors in the animated movie are Ralph Fiennes, Rosario Dawson and Mariah Carey.

Coinciding with the movie’s release, Chevy will run a new ad previewed here. In the ad, part of the Bowtie brand’s “Real People, Not Actors” campaign, some Lego figurines discuss what kind of person would drive the Batmobile.