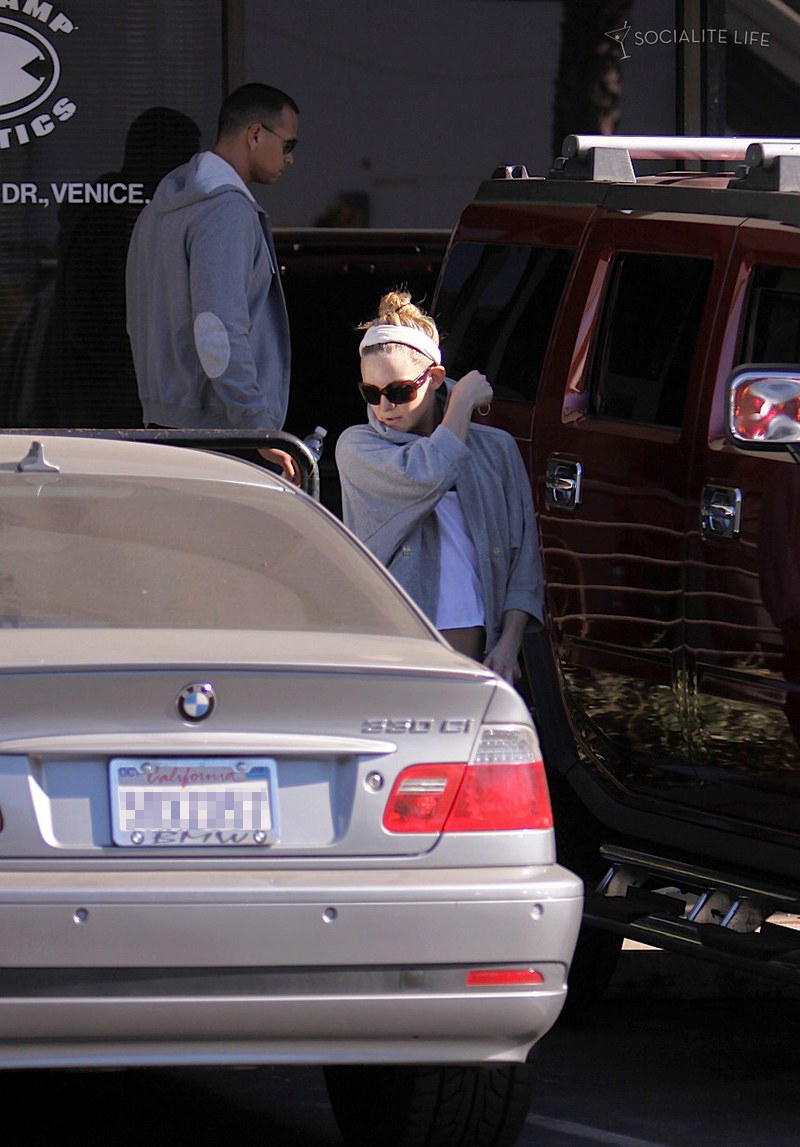 A couple of weeks ago, we clocked Alex Rodriguez hanging at the valet stand after a workout, waiting for his Porsche 911 cabriolet to be brought around. On that particular day, A-Rod's only workout buddy was his own reflection, glimpsed in the 911's shiny black paint job.

And here we see a photo of Mr. Rodriguez arriving at what appears to be a totally different gym -- one located in a strip mall, which, like most strip malls, doesn't offer valet. His spotter for the day? Celebrity girlfriend Kate Hudson. His ride? A BMW 330CI, coated in a dusty shade of workaday gray.

So it would appear that when A-Rod's flying solo, he's happy to play the part of an unmarried, ludicrously wealthy professional athlete, cruising the streets in a drop-top p-wagon. When the better half's in tow, though, he opts for an understated-but-powerful driving machine --- one that whispers, "Oh yeah, baby, I'm all that, but I don't have to advertise. I'm not afraid of commitment, either. Did you bring the baby formula, or do I need to run back inside?"

Our powers of clairvoyance ain't what they used to be, so we don't know what the future holds for A-Rod and Goldie Hawn Junior. Maybe he'll retire from active play in a few years and move into coaching or become a restaurateur or whatever retired baseball players do after they hit 40. Maybe he'll follow Kate around as she makes movies and take care of their brood from previous marriages. Maybe he'll even pop the question and meet Hudson at the altar. But given Alex's penchant for blondes of all sorts, we're not going to lay any bets. (We'll let him do the laying: after all, "a leopard doesn't change his spots".) Frankly, we think this ad for the 330CI pretty much sums up A-Rod's history to date:

UPDATE: Thanks to an intrepid commenter below, our theories about A-Rod's rides now lay in ruins. Although Kate was photographed next to the Beemer several times, she must've simply been checking out her reflection before stepping into the gym (girl's gotta make an entrance, right?). Post-workout video footage shows the couple exiting the gym and making a bee-line for Kate's Prius. Which is mostly depressing -- though it speaks highly of BMW's window tint.