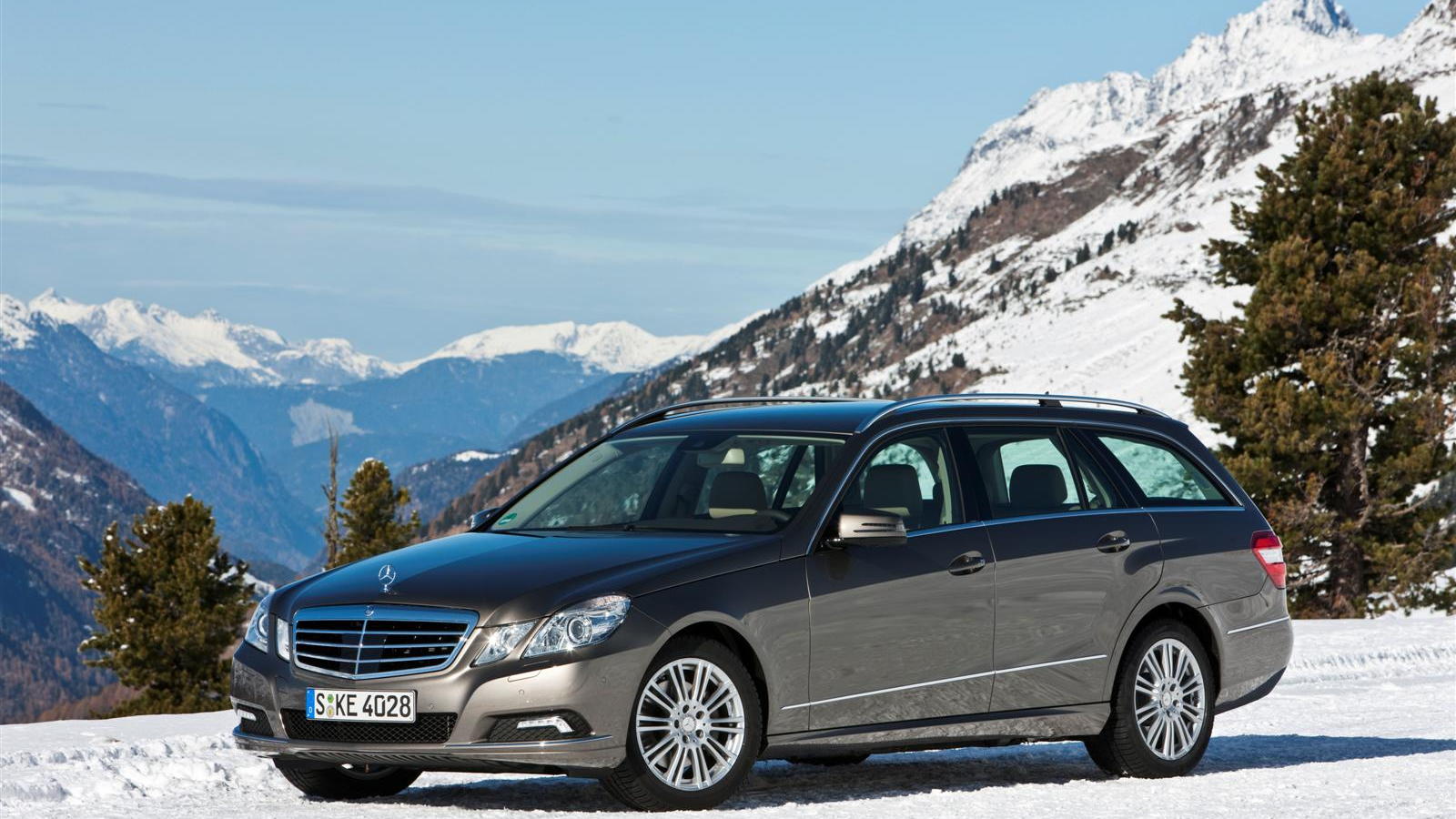 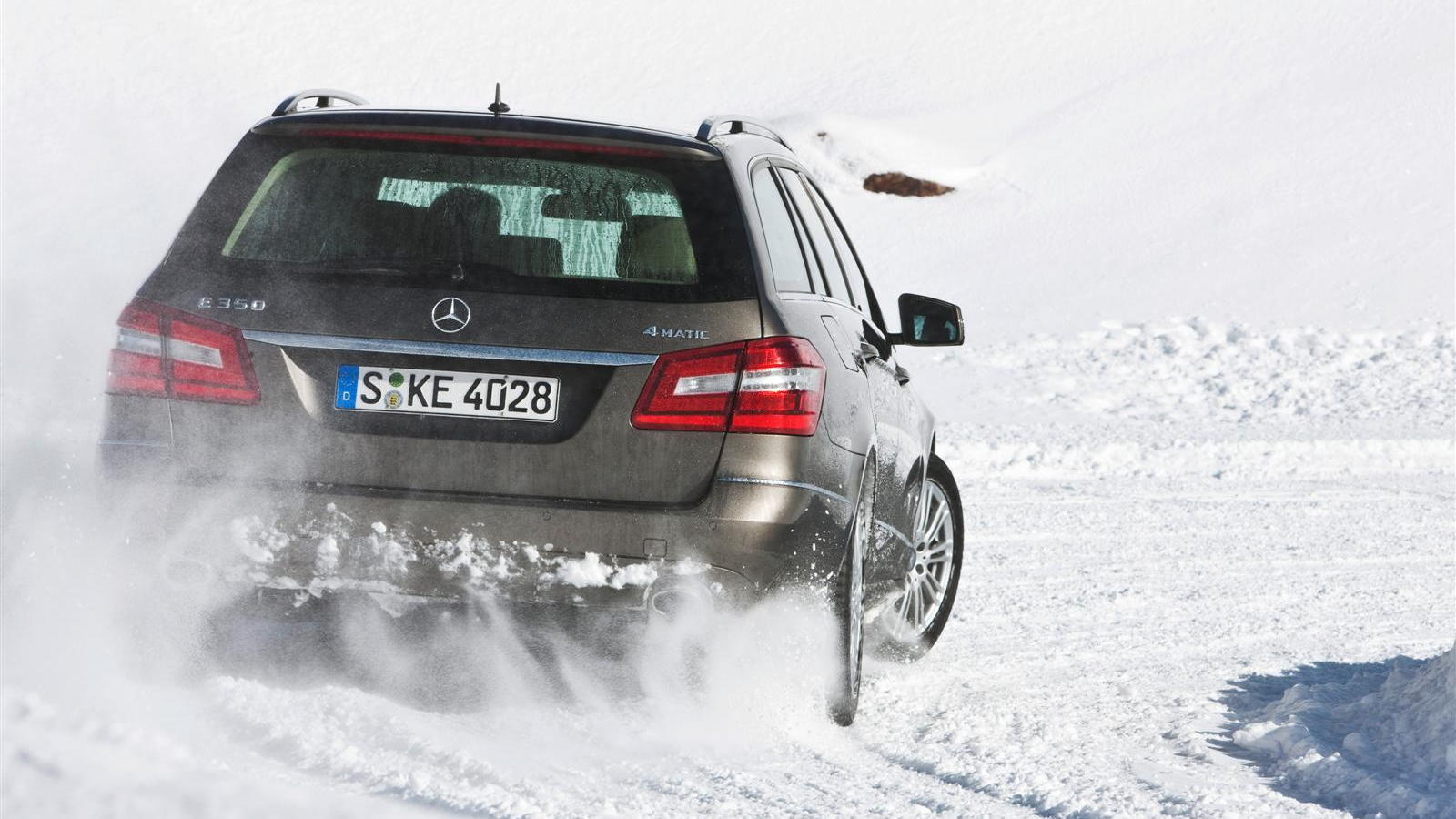 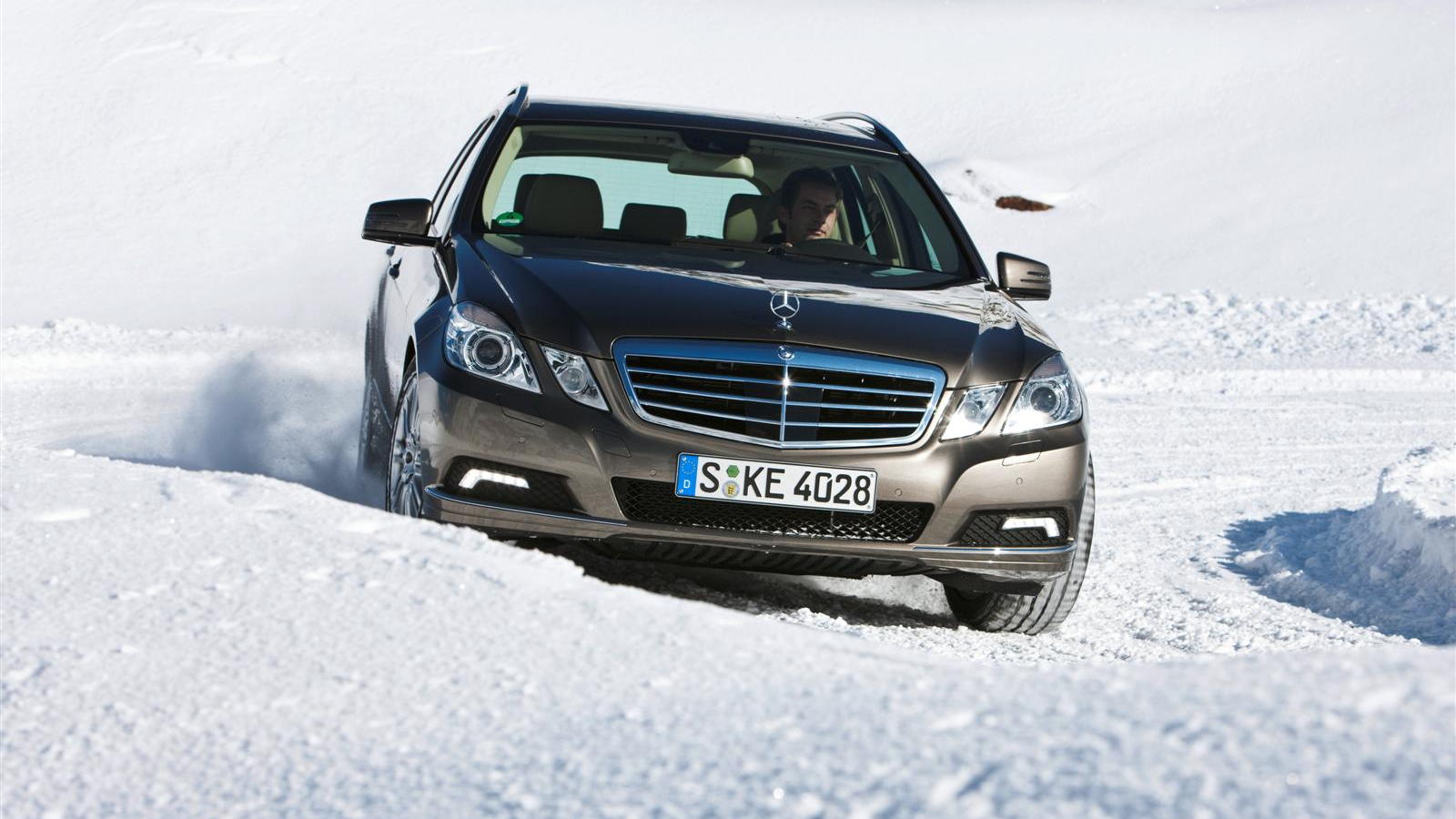 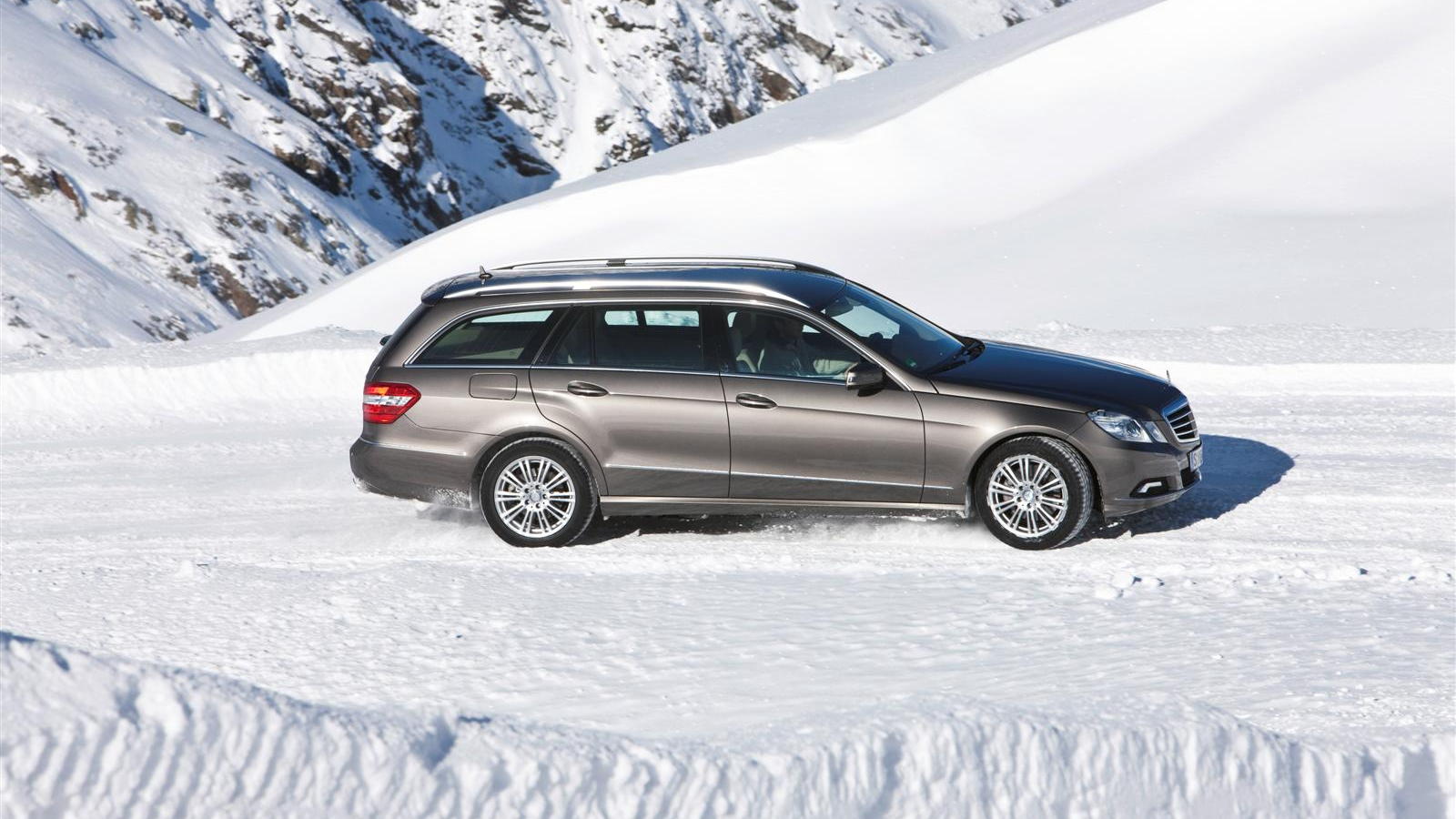 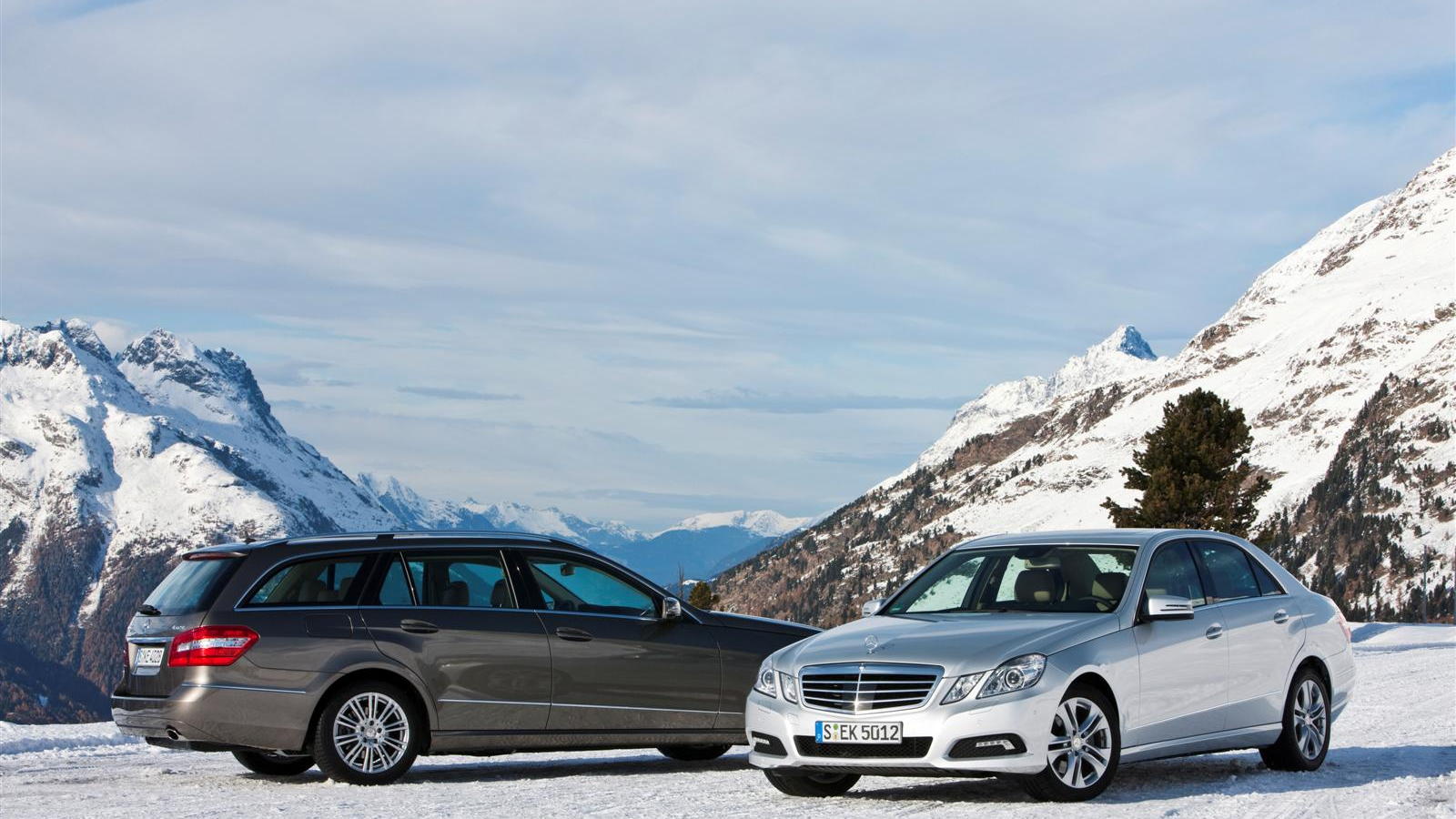 It's that time of year again: too much food, too little time, and on the roadways, too little grip. But Mercedes-Benz, like many other carmakers, has a tool to help you get to that holiday party on time and unhurt: the 4Matic all-wheel-drive system. Or at least it would if it were scheduled to get here before next summer.

The E-Class 4Matic implementation ought to be near and dear to American hearts, because it's the only way we'll get the E-Class wagon on this side of the Atlantic. We've already detailed the coming American version of the E-Class wagon, or Estate as its European name goes, but a quick refresher doesn't hurt: the E350 4Matic will arrive here in the U.S. in June 2010 as a 2011 model, available for the first time in the U.S. with a sport configuration appearance and optional AMG wheel upgrade.

The 4Matic system itself deserves a bit of attention, too, as it's capable of varying torque to the wheels in splits between 30:70 and 70:30 front:rear, with 45:55 being the default split on dry pavement. A limited-slip multi-disc center differential helps condition power to each axle, and a bevy of electronic aids help ensure traction is maintained once the power is delivered. The 4Matic all-wheel-drive system is available across the E-Class range.

For more on the E-Class, check out our preview of the 2010 Mercedes-Benz E-Class sedan here, or read up on the America-bound E350 wagon. In the mean time, enjoy the mega-gallery below, especially the slides that graphically explain how 4Matic does what it does.