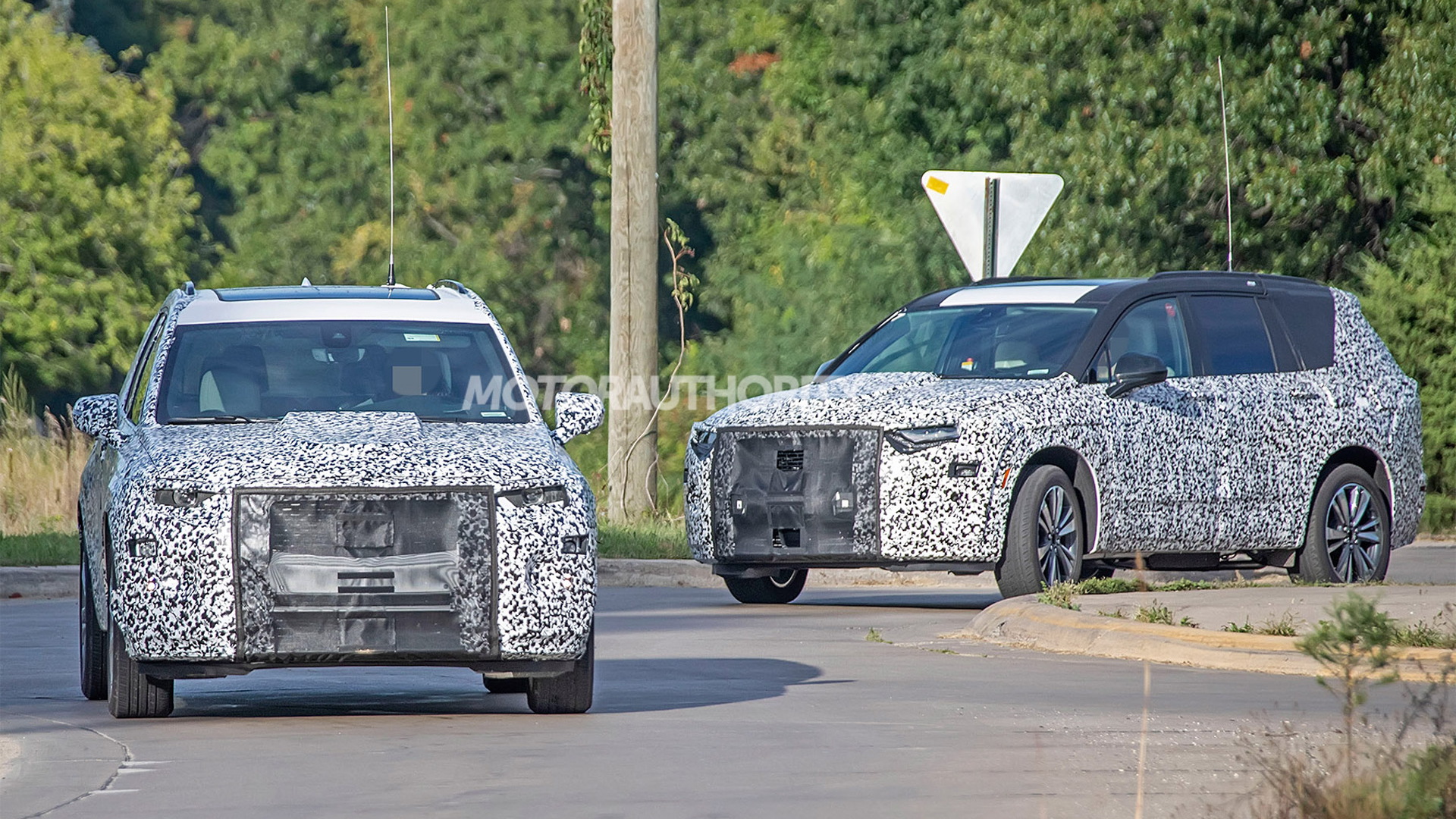 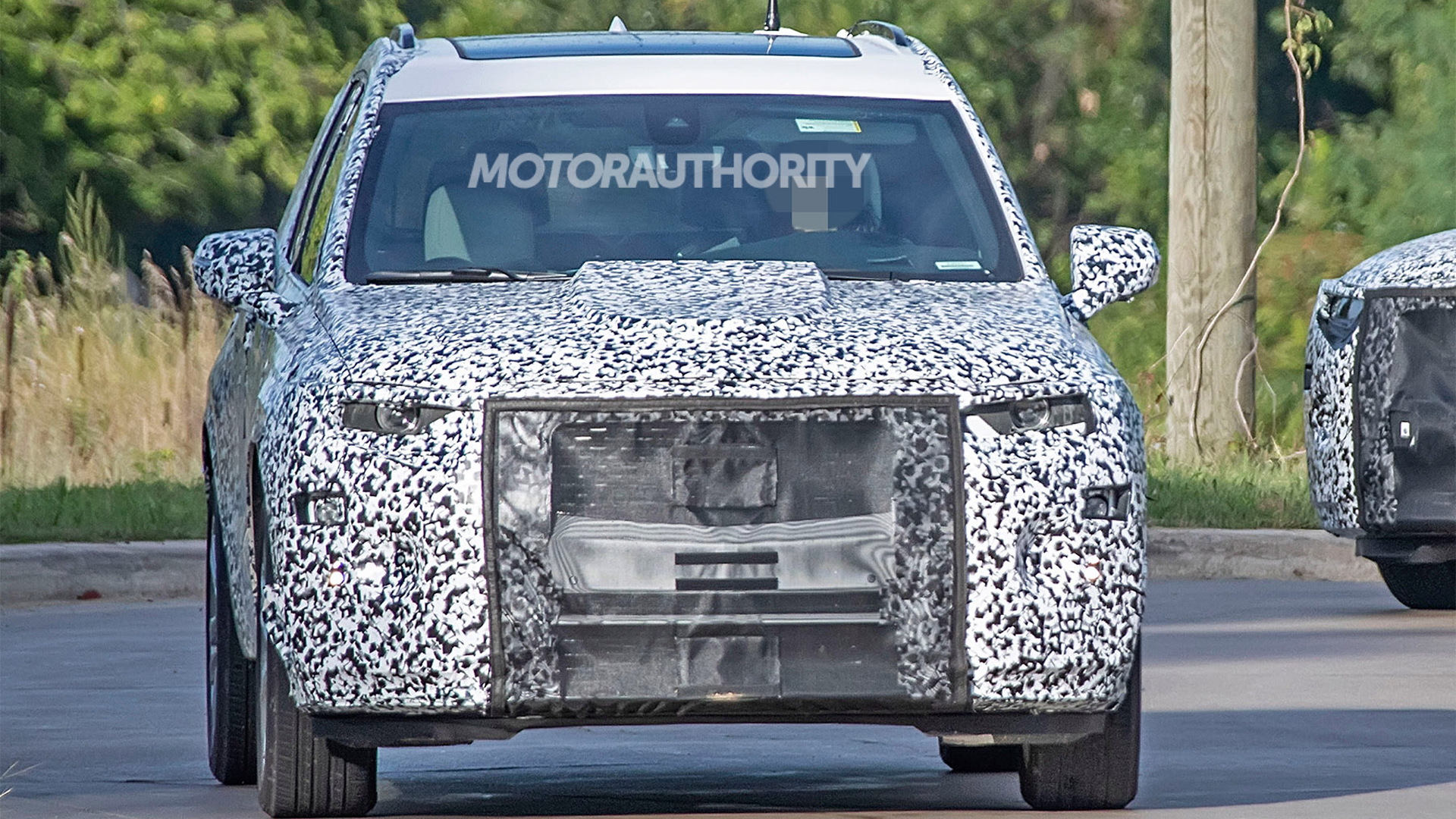 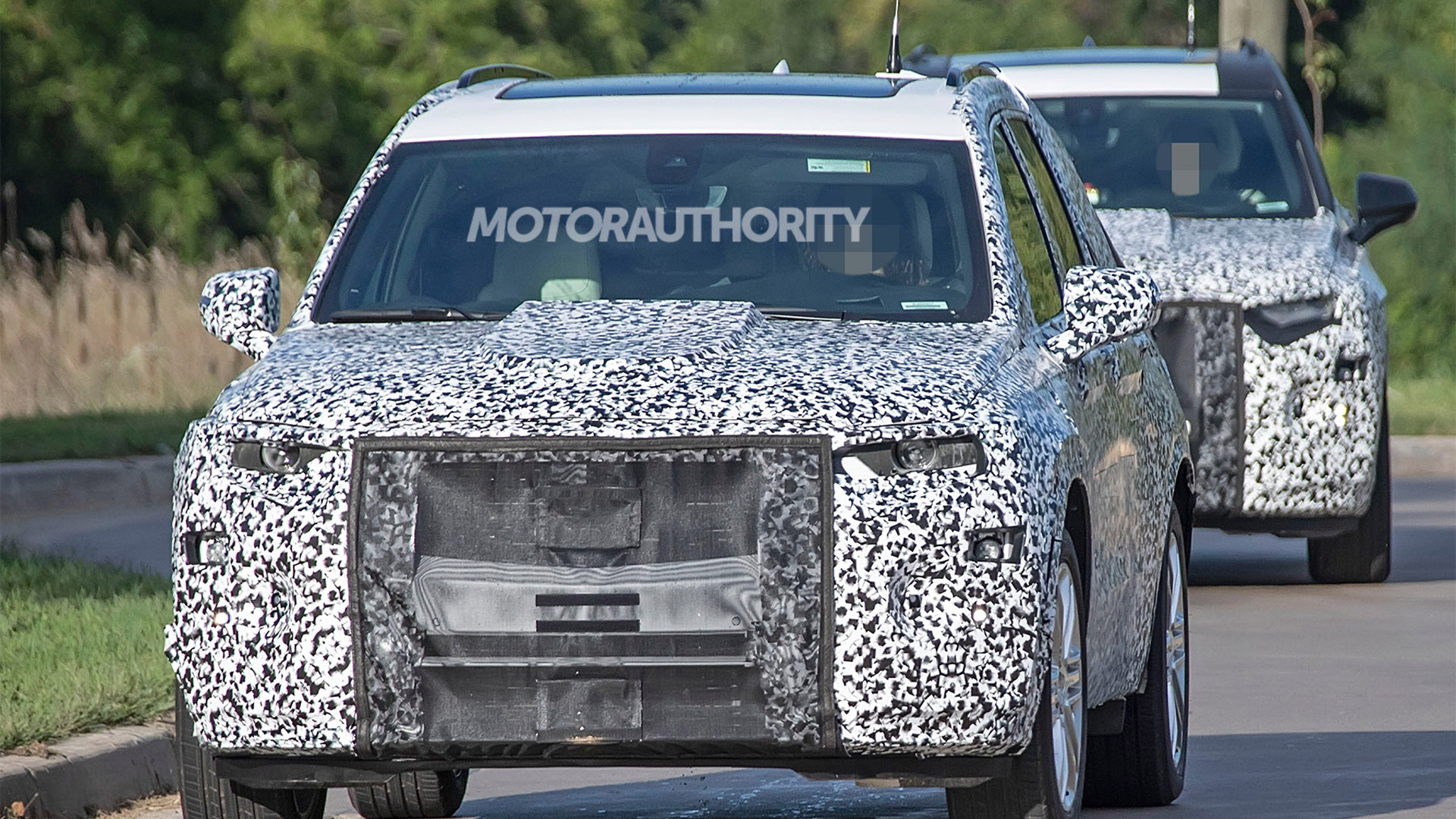 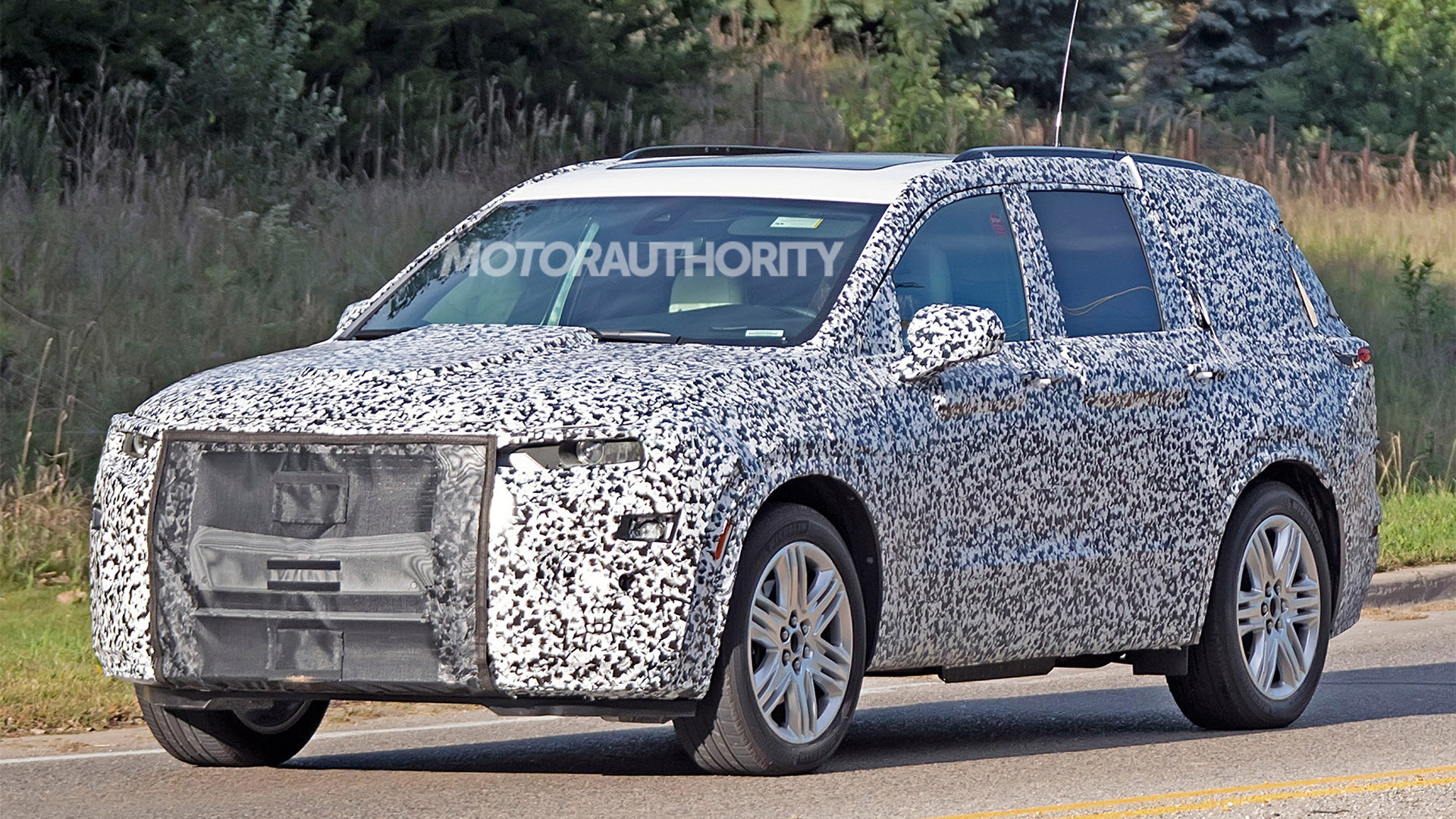 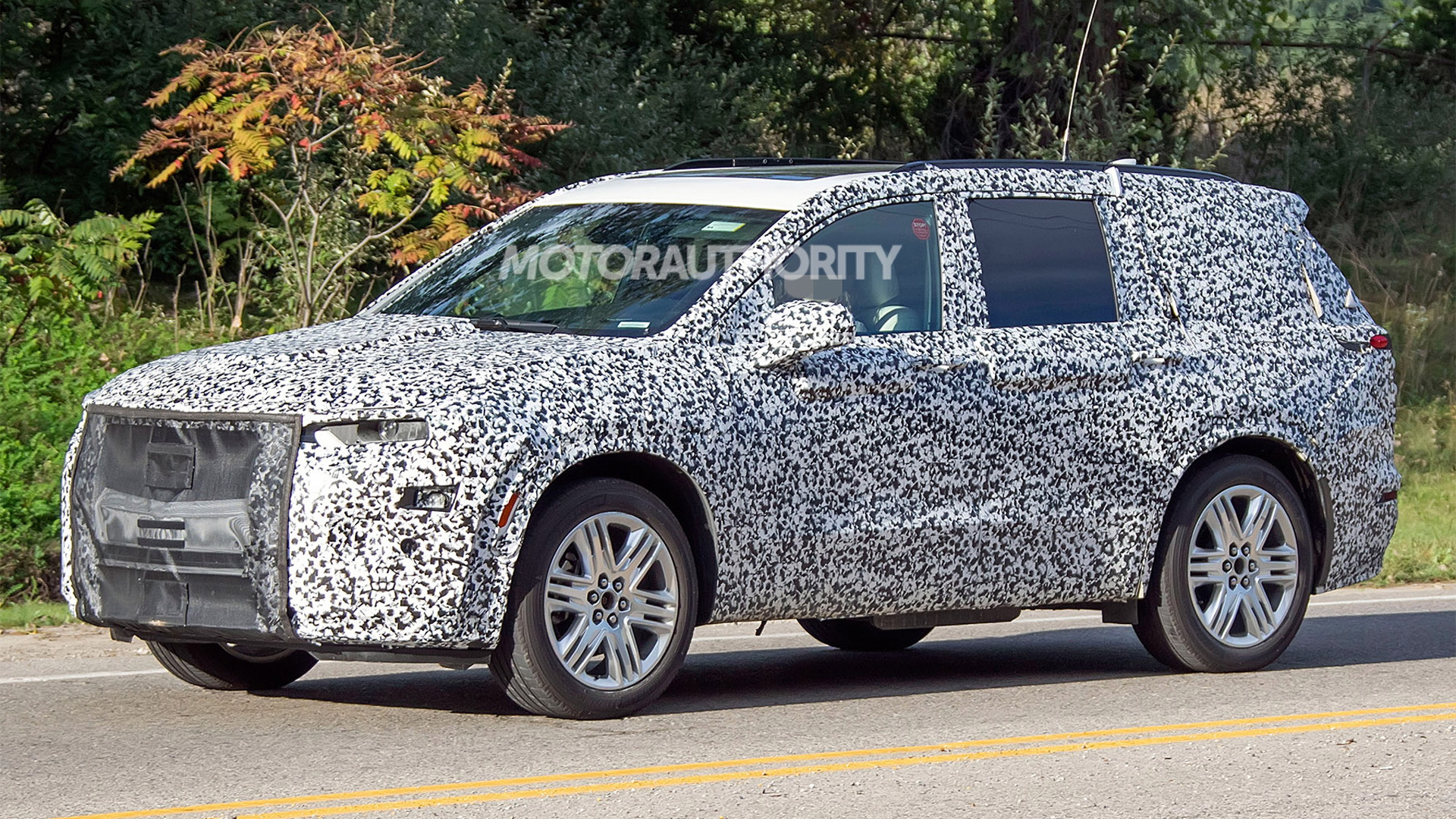 It's been the subject of rumors since at least 2011 but Cadillac's long-awaited three-row crossover SUV has now been spotted in the wild.

Expected to go by the name XT6, the new SUV is most likely scheduled for a debut next January at the 2019 Detroit auto show ahead of a sales launch late next summer. This means we should see it arrive as a 2020 model.

Our spy shots show the XT6 will be a mid-size SUV, making it an ideal match for rivals such as the Audi Q7, Volvo XC90 and new Lexus RX L. Lincoln's reborn Aviator which will arrive around the same time as the Cadillac will also be a prime target.

Sadly, it doesn't appear that the XT6 will ride on the rear-wheel-drive Omega platform found exclusively in the CT6. Instead, we expect it to be based on the longest version of General Motors’ C1XX platform which is found in the latest versions of the Chevrolet Traverse and Buick Enclave, both of which measure 204.3 inches in length. The move would not only save costs but also further separate the XT6 from Cadillac's other three-row SUV, the Escalade.

Adopting the C1XX platform would rule out Cadillac's new 4.2-liter twin-turbocharged V-8 on the options list. In this case, the range-topper would likely be a twin-turbocharged V-6 with over 400 horsepower. Cadillac has both 3.0- and 3.6-liter units in its arsenal. A naturally aspirated 3.6-liter V-6 with around 335 hp should be standard. Also standard should be an eight-speed automatic transmission and all-wheel drive.

You'll find all of Cadillac's top-end technologies in the XT6. This means the latest CUE interface with a 10-inch display, a video-streaming rear-view mirror, and numerous electronic driver aids including the Super Cruise hands-free driver assist feature for highways.