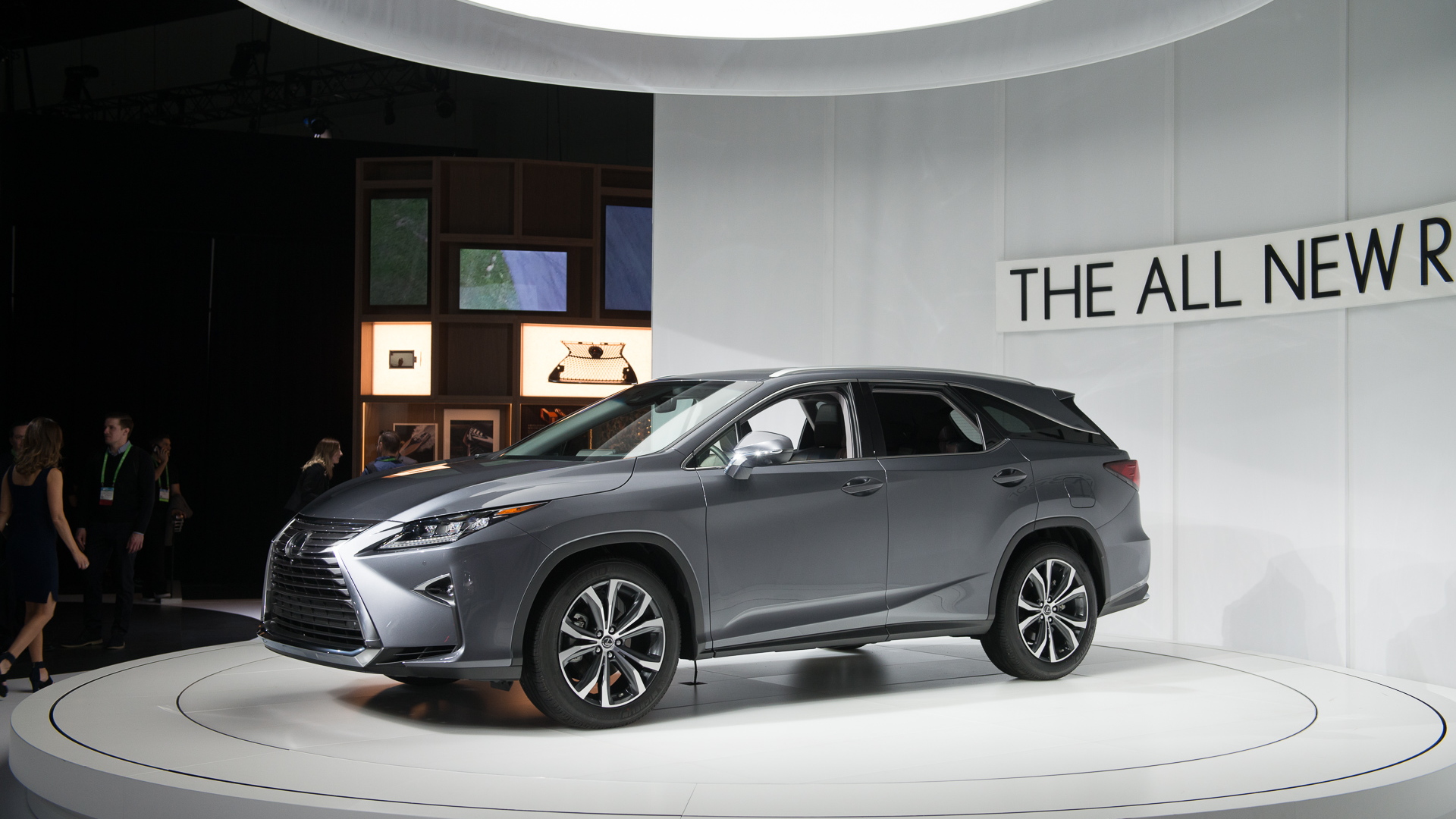 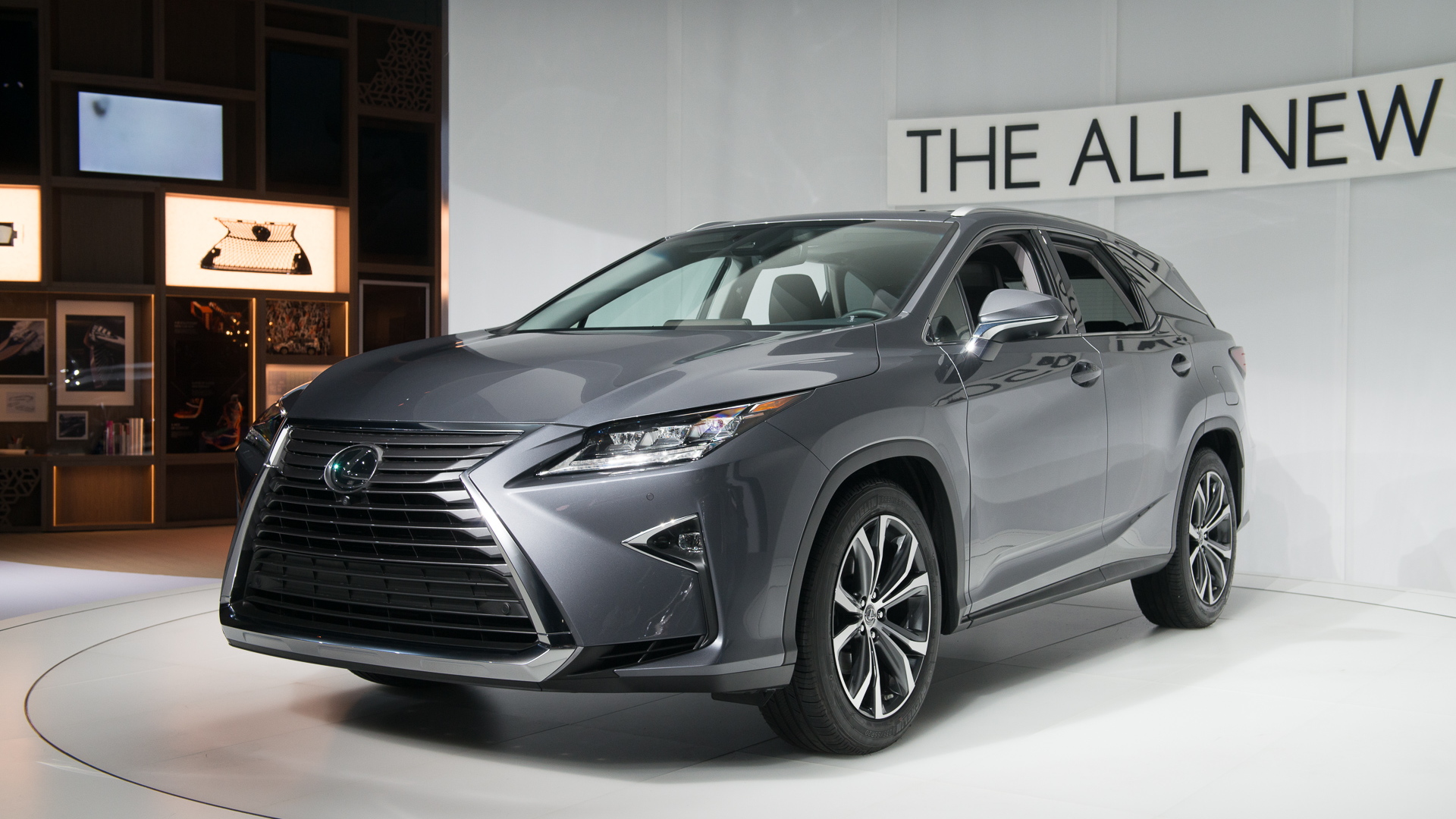 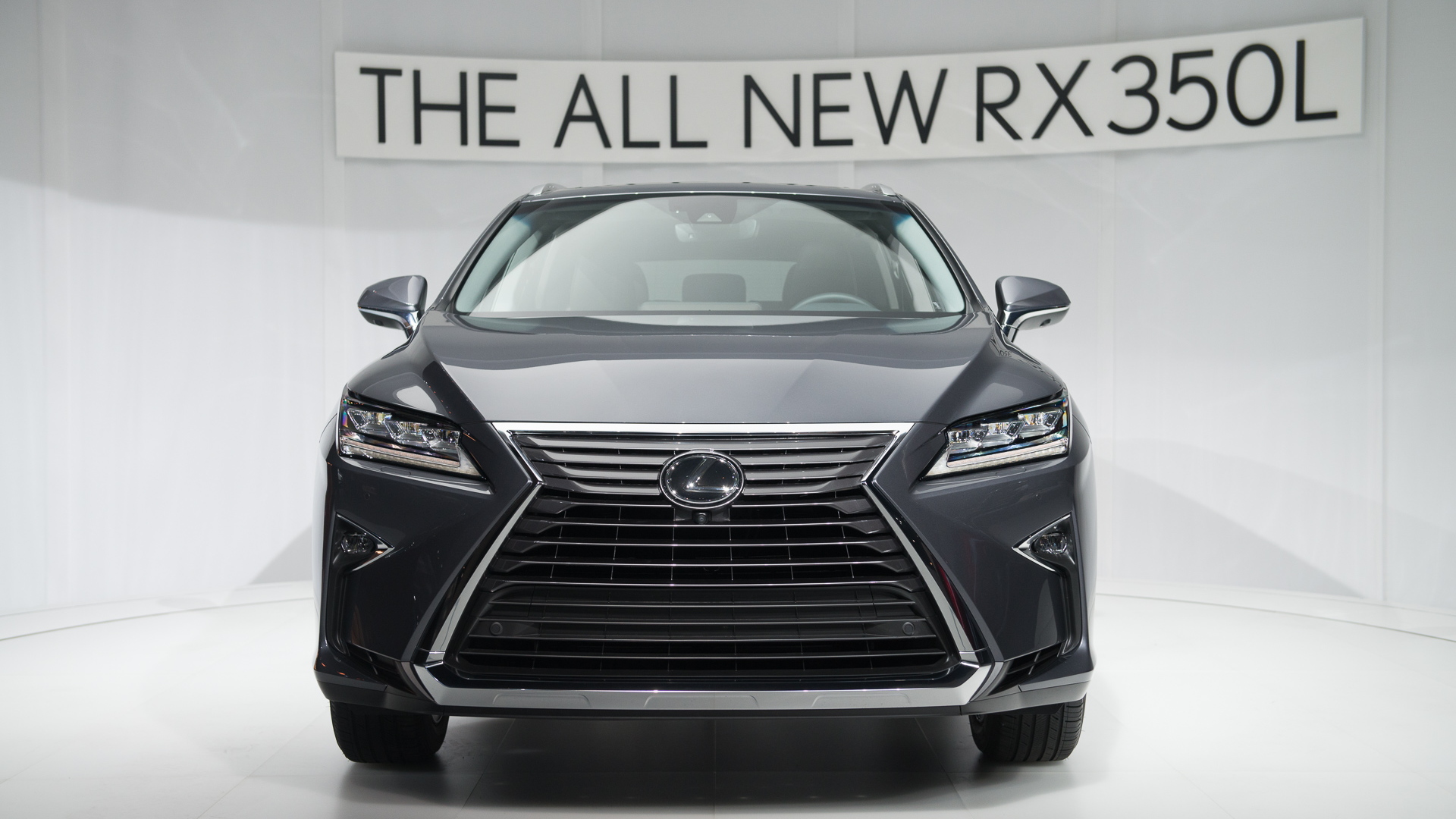 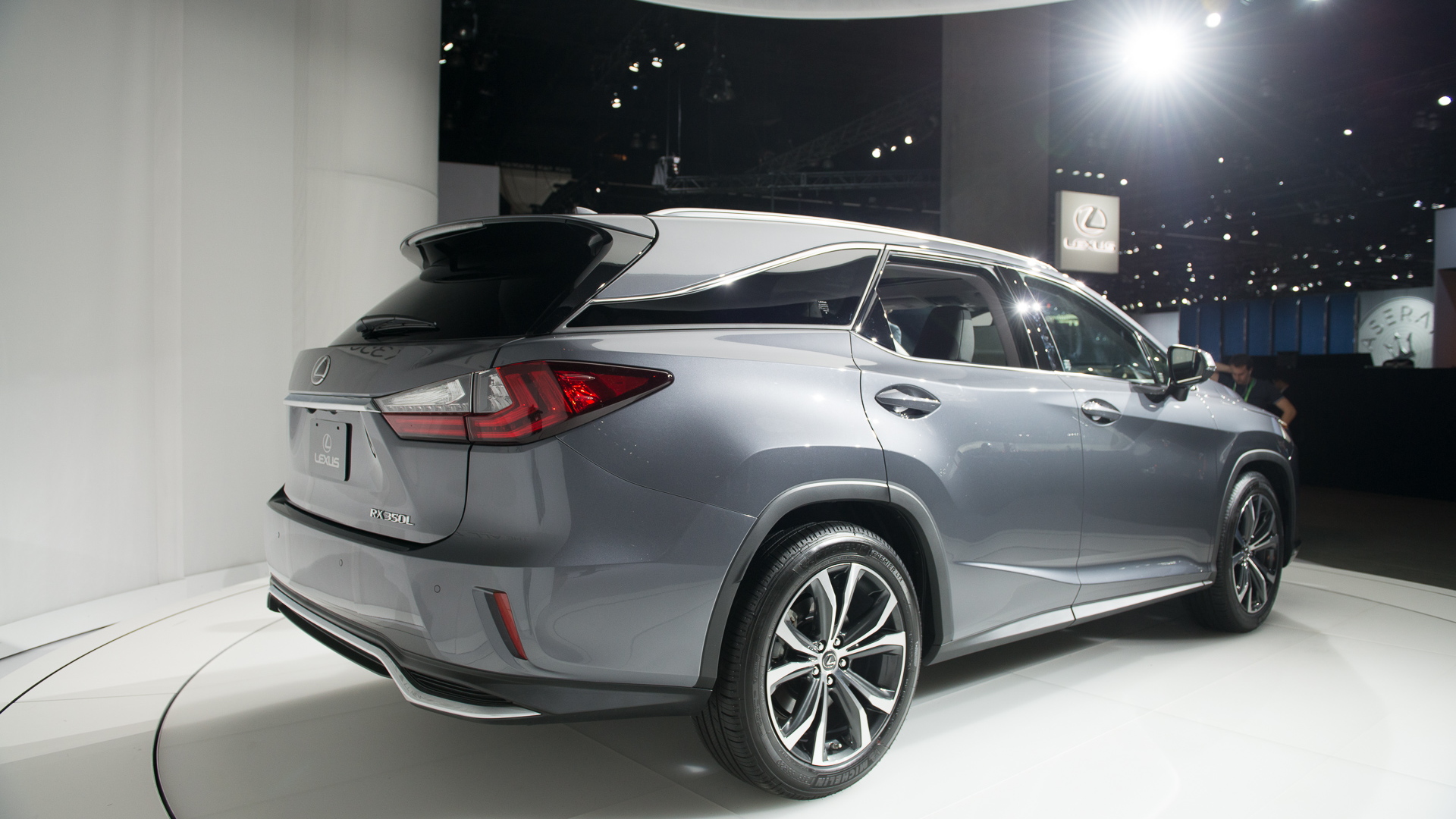 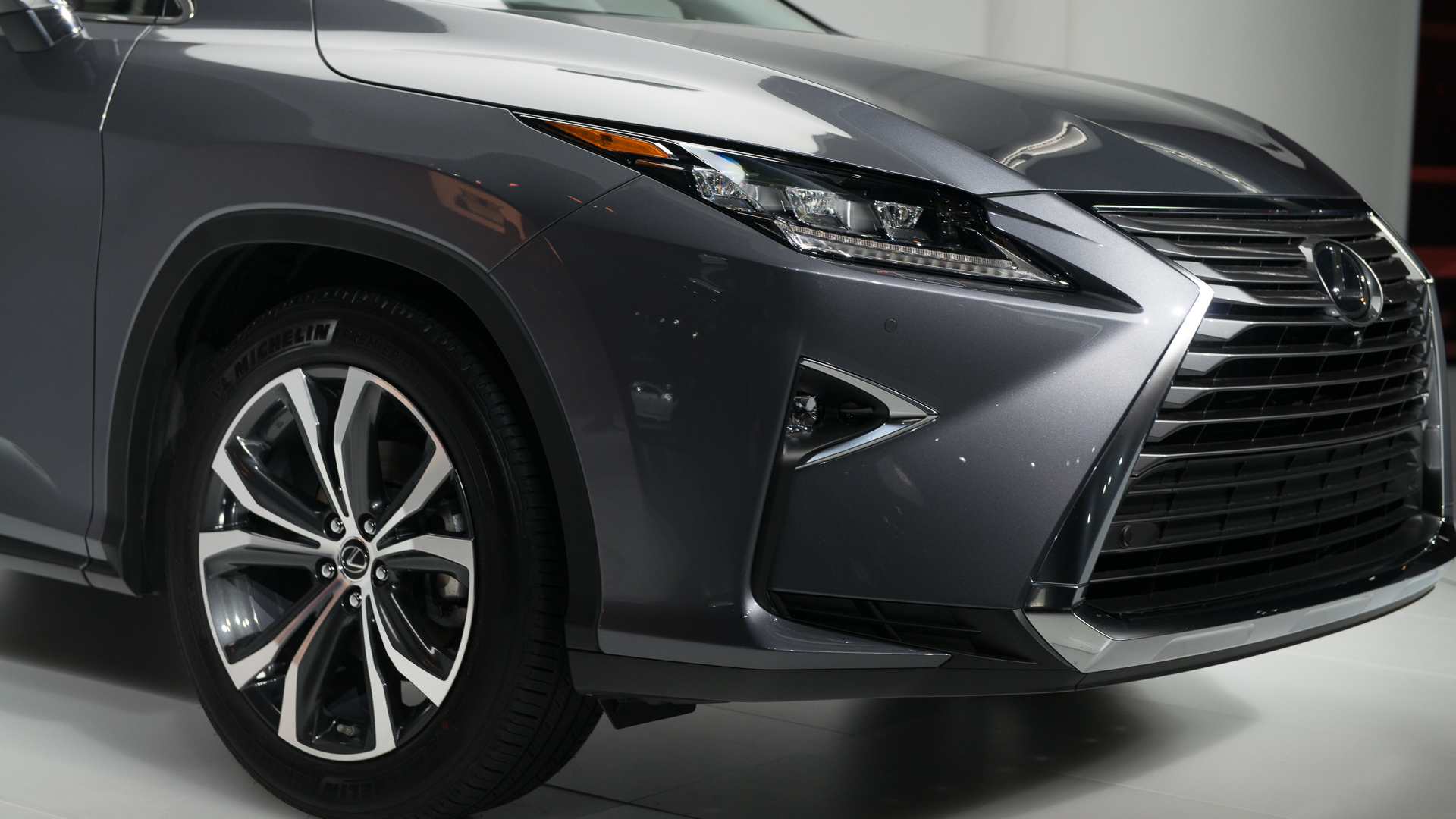 Luxury automakers have chased after the winning formula offered by the Lexus RX for years, and now they will have one more element to compete with, the third-row seat of the 2018 Lexus RX L. A new longer RX L crossover will come with three rows of seats offering six- or seven-passenger capacity. Lexus unveiled the RX L today at the Los Angeles auto show.

Offered in RX 350L and RX 450hL models, the three-row models are 4.3 inches longer than their two-row counterparts and they use a steeper rear window to maximize rear headroom and cargo space. However, they still ride the same 109.8-inch wheelbase.

The standard configuration has seven-passenger seating with a 40/20/40 second-row seat that can be folded and tilted forward with a single lever on either side. The six-passenger version has second-row captain's chairs that provide easier access to the third row thanks to a center walkthrough. Both versions have leather upholstery in the first and second rows, as well as a power-folding third row.

Lexus says the third row has the same level of comfort as the second row, though it sits higher. We highly doubt that, especially for models equipped with the traditionally comfortable captain's chairs.

However, the RX L does have tri-zone automatic climate control with heating and air conditioning vents for the third row. The third row also has two cupholders and a stowable tonneau cover with covered side rails. That third row folds down to create a flat load floor, and the RX L comes standard with a power liftgate.

Otherwise, the 2018 Lexus RX L is like any other RX. The RX 350 L features a 290-horsepower 3.5-liter V-6 with a choice of front- or all-wheel drive. The RX 450hL is a hybrid with 308 total horsepower and standard all-wheel drive. Lexus has not said if the longer version will suffer any fuel economy penalty from the 31 mpg city, 28 highway, 30 combined of the standard RX 450h.

For more news from LA, check out our dedicated hub.