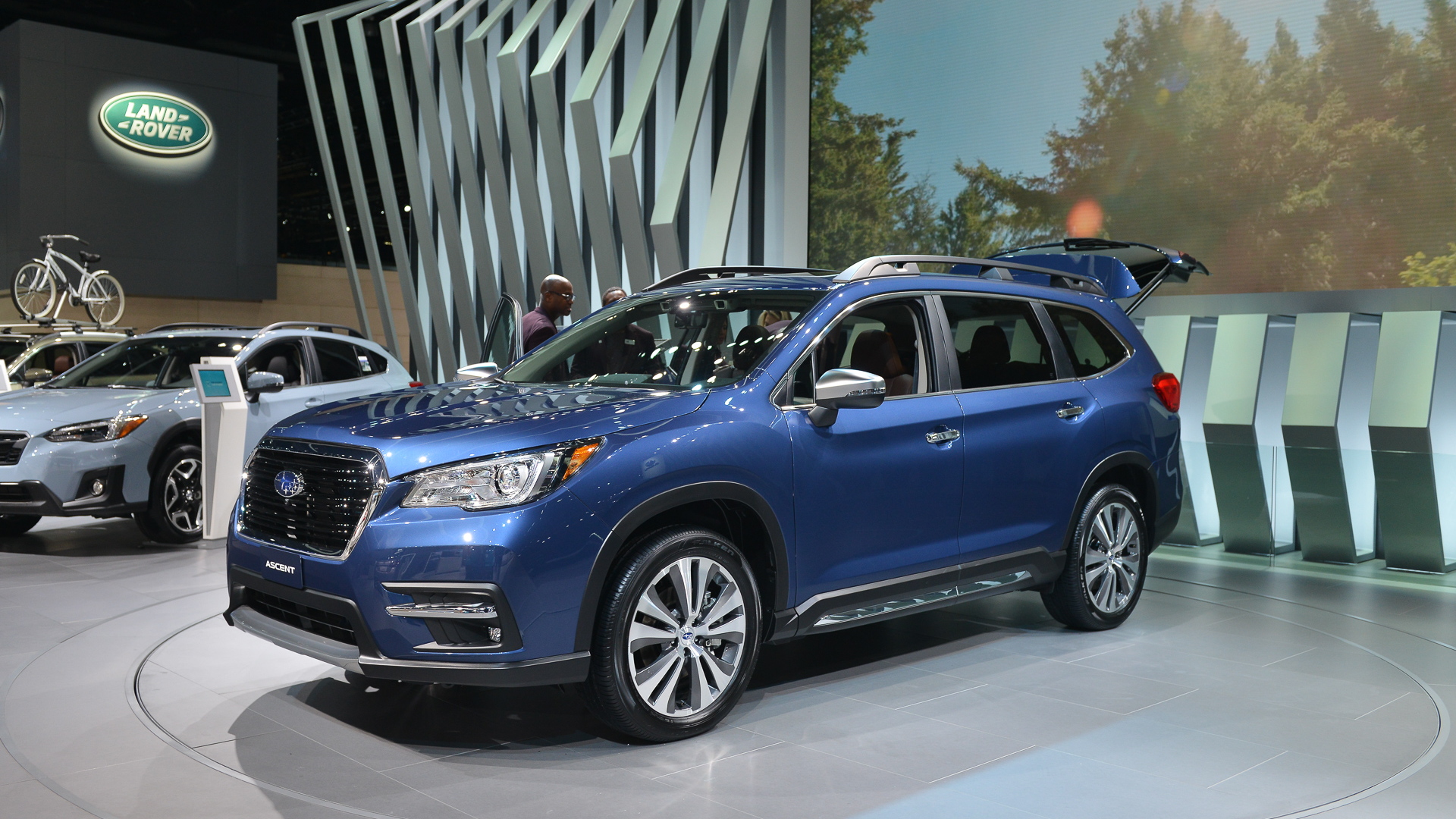 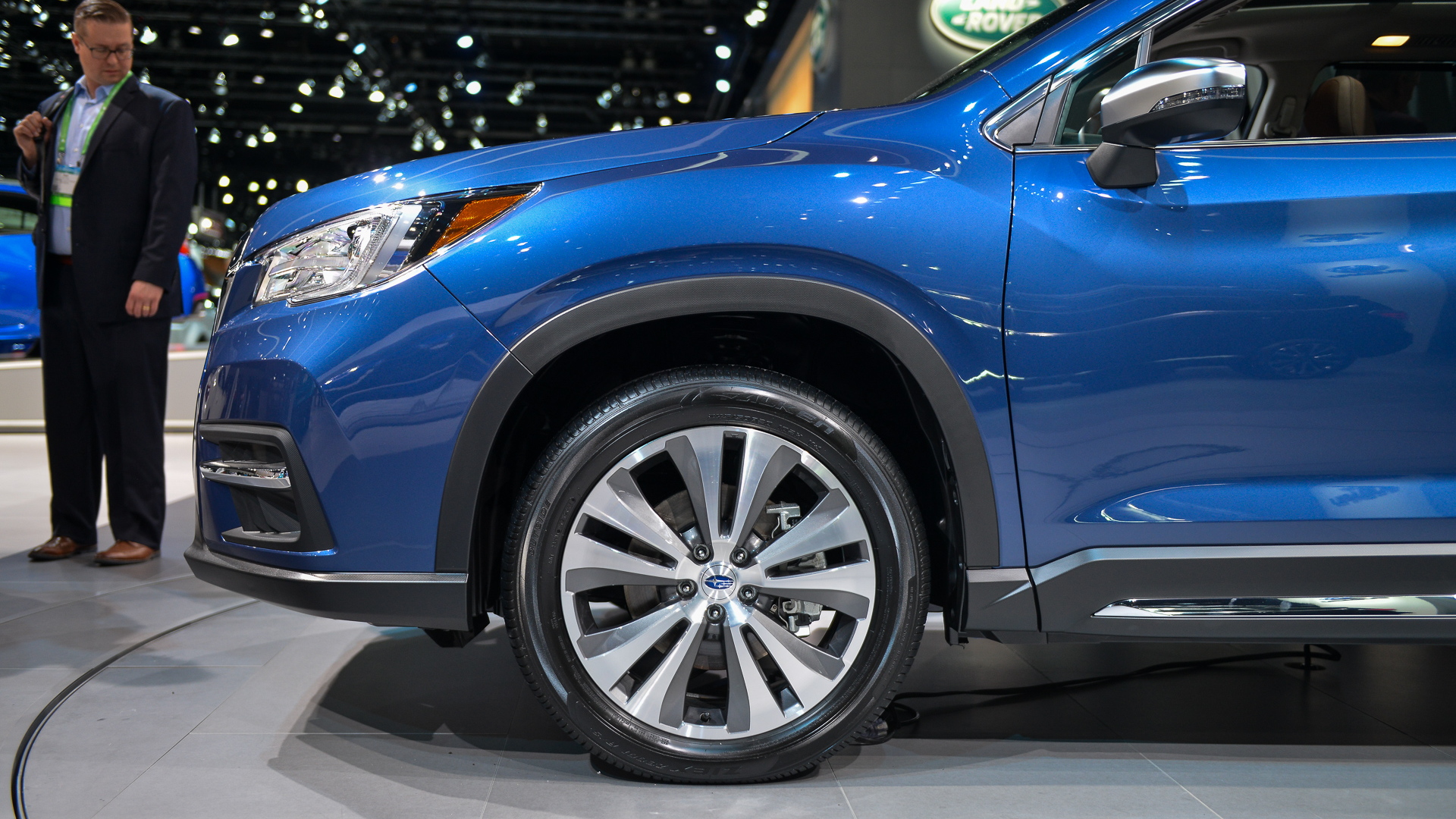 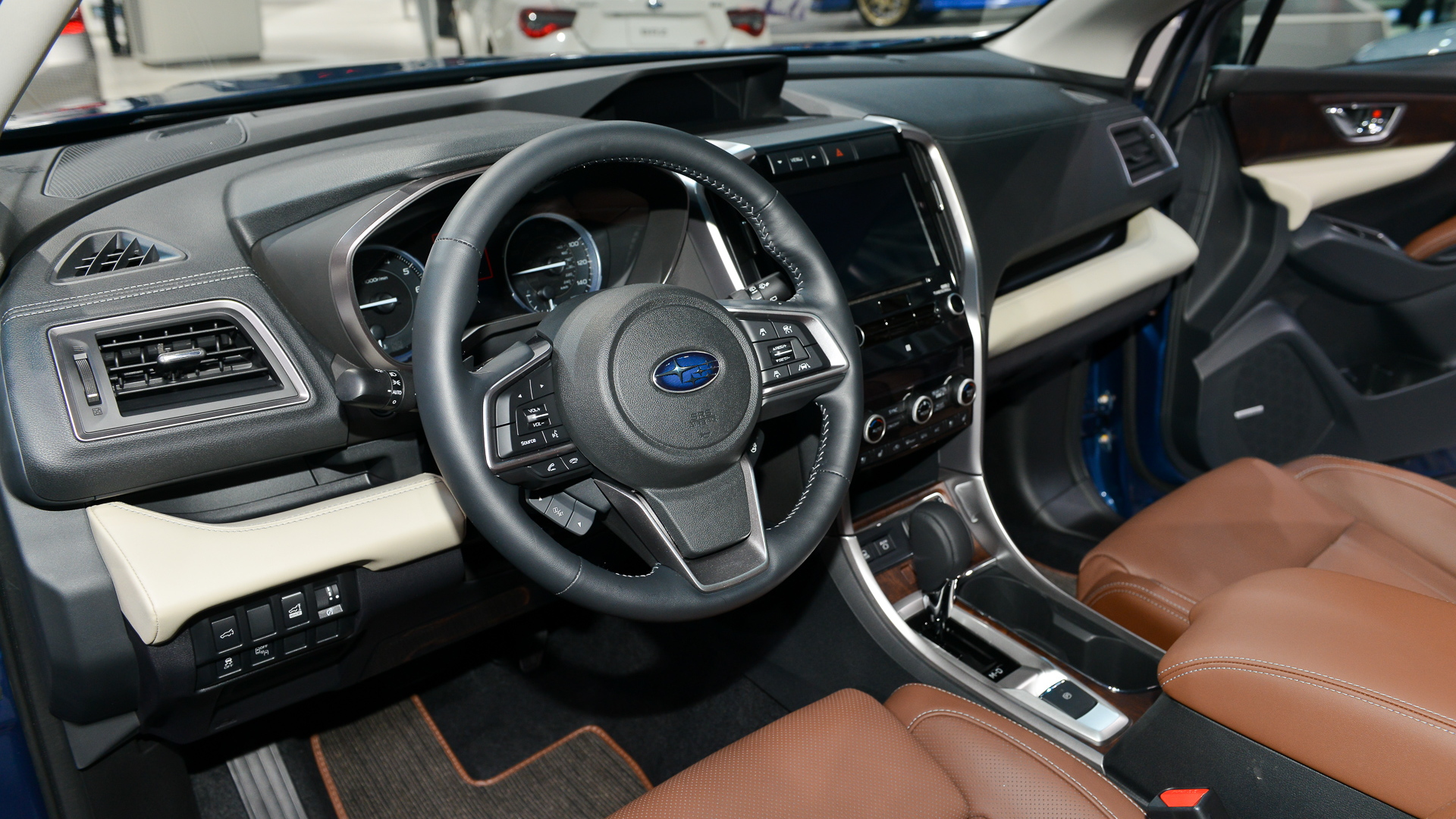 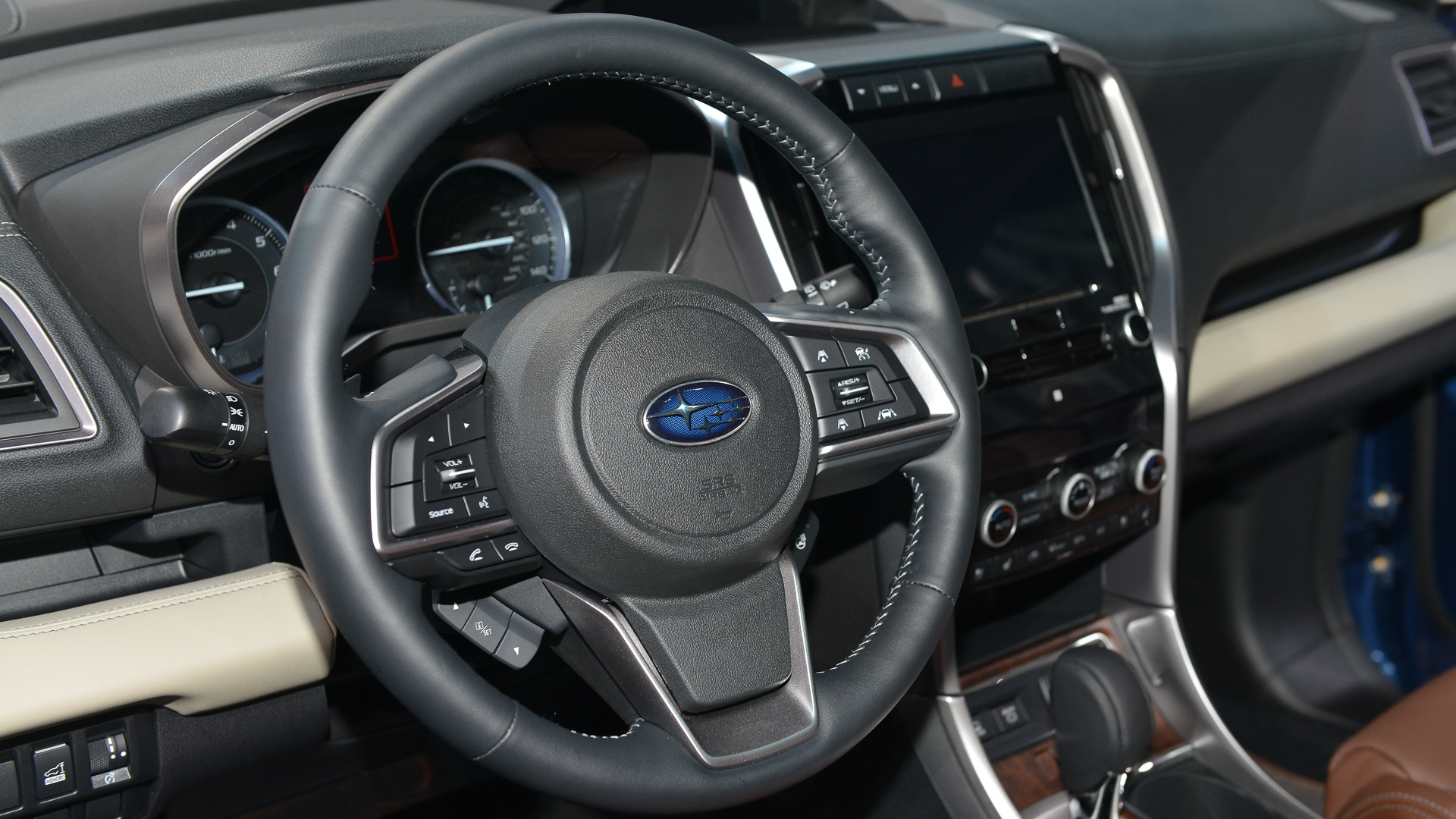 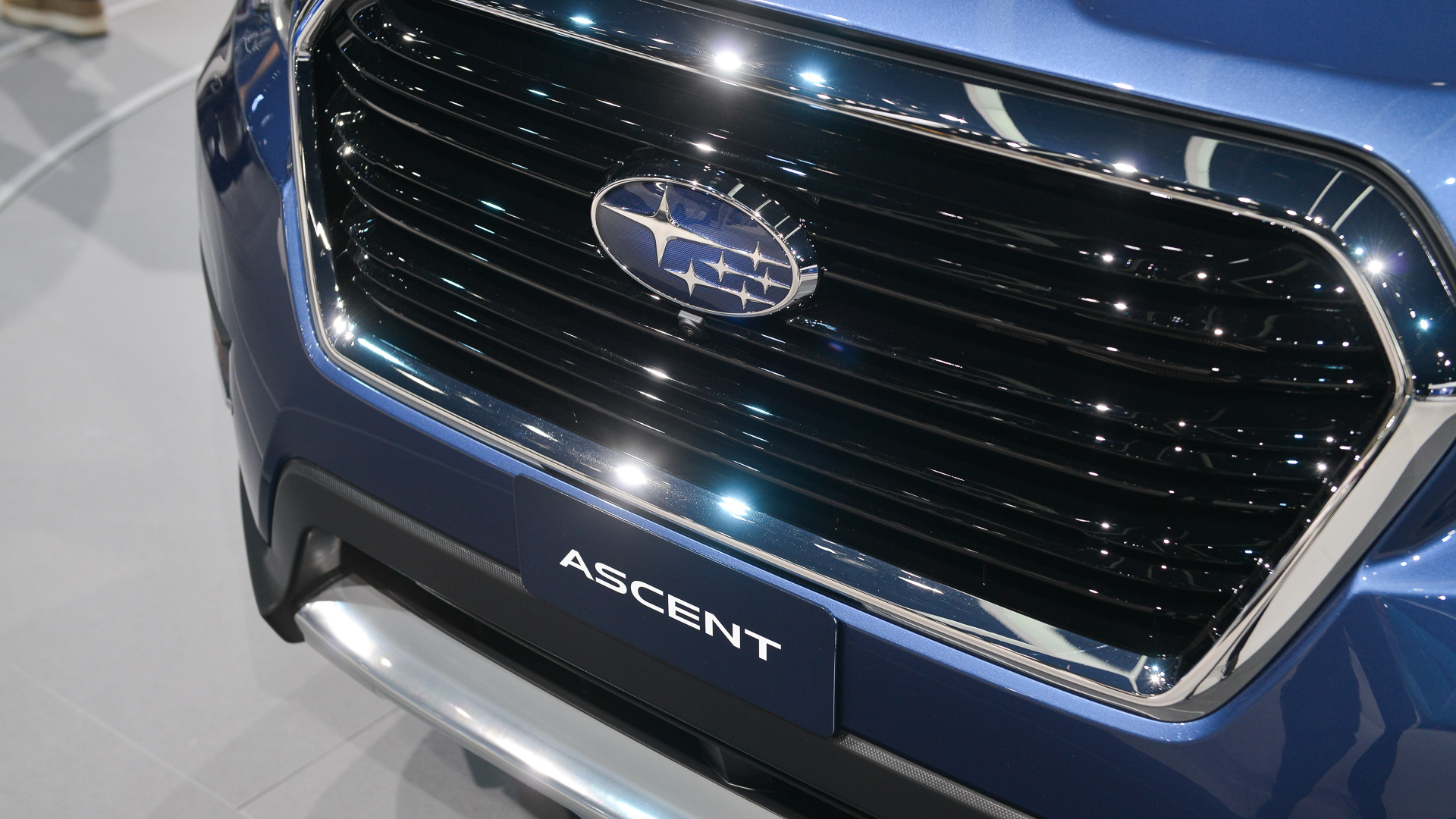 Subaru finally answered its biggest question. The 2019 Subaru Ascent crossover made its debut in Los Angeles on Tuesday, the largest vehicle ever built by the automaker and the first family-focused SUV since the Tribeca was retired four years ago.

That burning question: "What do I drive to the river when my canoe fits more than four?"

The Ascent ushers in a slew of family-friendly features, including active safety systems, and a new engine for the automaker that's likely to reappear in several places over the next few years.

That engine, a 2.4-liter turbocharged flat-4, will make 260 horsepower and 277 pound-feet of torque to motivate the three-row Ascent's likely prodigious mass. It's teamed exclusively to a continuously variable transmission (CVT) in the Ascent and all-wheel drive, a near-prerequisite to wear the Subaru stars on its exterior. The engine hasn't yet been rated for fuel economy, but Subaru says the busy turbo-4 can tug up to 5,000 pounds when equipped with a tow package.

The Ascent will sport 8.7 inches of ground clearance and more cladding around its wheel wells for off-roadability.

The Ascent rides atop Subaru's new global platform that will eventually underpin all of its cars and crossovers, and in the Ascent, Subaru stretched out its platform's wheelbase to its likely limit: 113.8 inches. That's a couple ticks short of some of the Ascent's rivals, which include the Chevy Traverse and Volkswagen Atlas, but its interior space is roughly on par with most in its class. The Ascent sports 31.7 inches or rear seat leg room and 19.6 cubic feet of cargo space with the rear seats in place for children and their requisite 50 pounds of gear needed to cross the street.

From the outside, the Ascent is instantly recognizable as a Subaru; think of an Outback in a house coat. From the side, the Ascent borrows much of its looks from the smaller Outback, but the Ascent's face and shoulders are all its own. The nose is taller and larger, with a bigger grille opening and more pronounced fenders to wrap around standard 18-inch wheels, or 20-inchers on tonier trims.

Inside, the Subaru borrows the automaker's standard 6.5-inch touchscreen, upgradeable to an 8.0-inch version, and will be shod with durable cloth in base and Premium trim levels. Opt for Limited or Touring and the fabric gets swapped out for leather, a bigger touchscreen, an available premium sound system, and up to eight USB ports with 19 cupholders. On the Touring trim level, Subaru will equip a camera-based rearview mirror (a la Cadillac) for better outward vision.

Beneath the features, the Ascent will feature Subaru's suite of active safety hardware, called EyeSight. Embedded within a nerve farm behind the windshield, Subaru's camera-based system will offer forward collision warning with automatic emergency braking, active lane control, and a head-up display on all trim levels. Blind-spot monitors are available on upper trims.

The Ascent will go on sale in the summer. Subaru hasn't yet announced pricing.