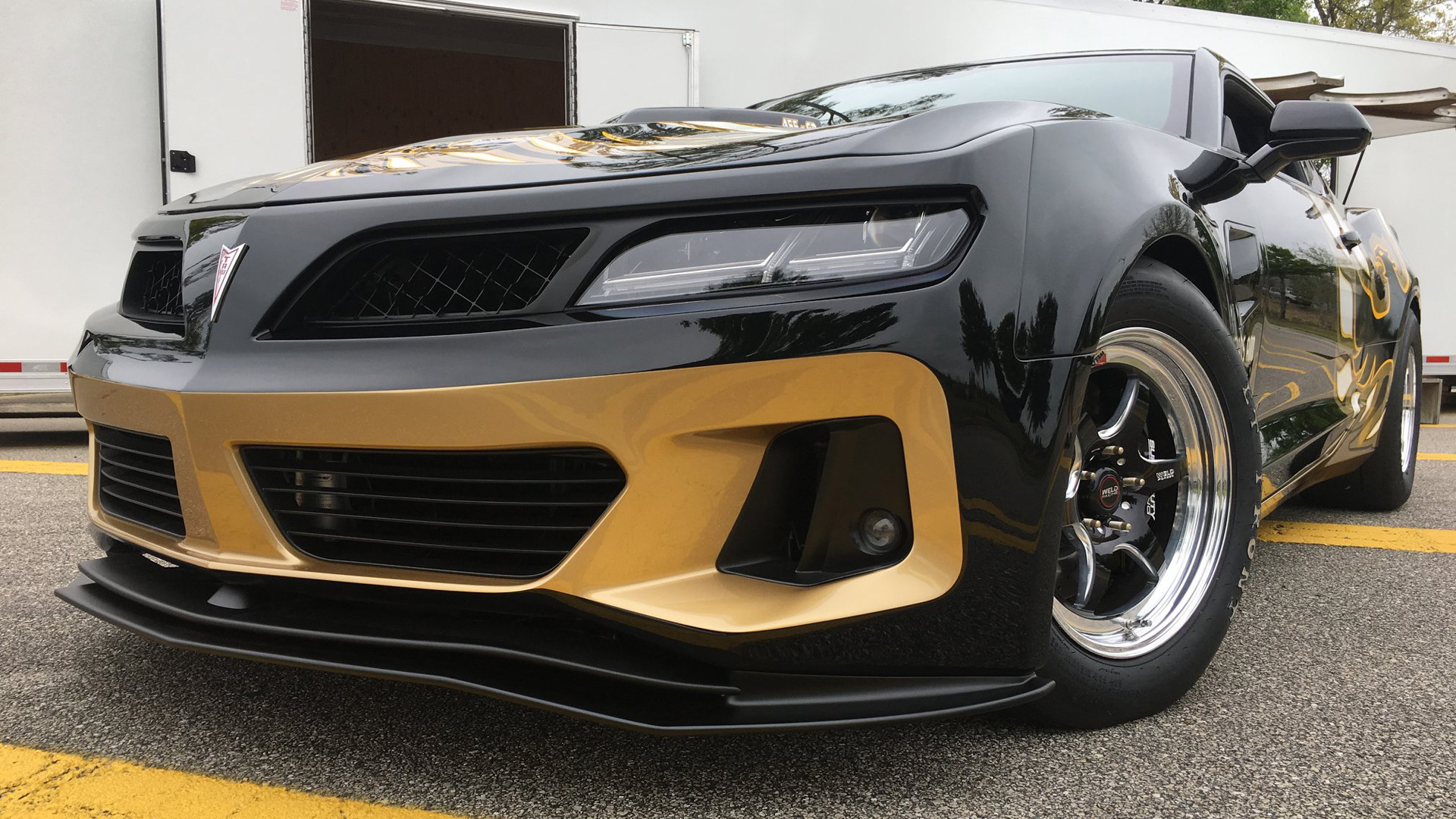 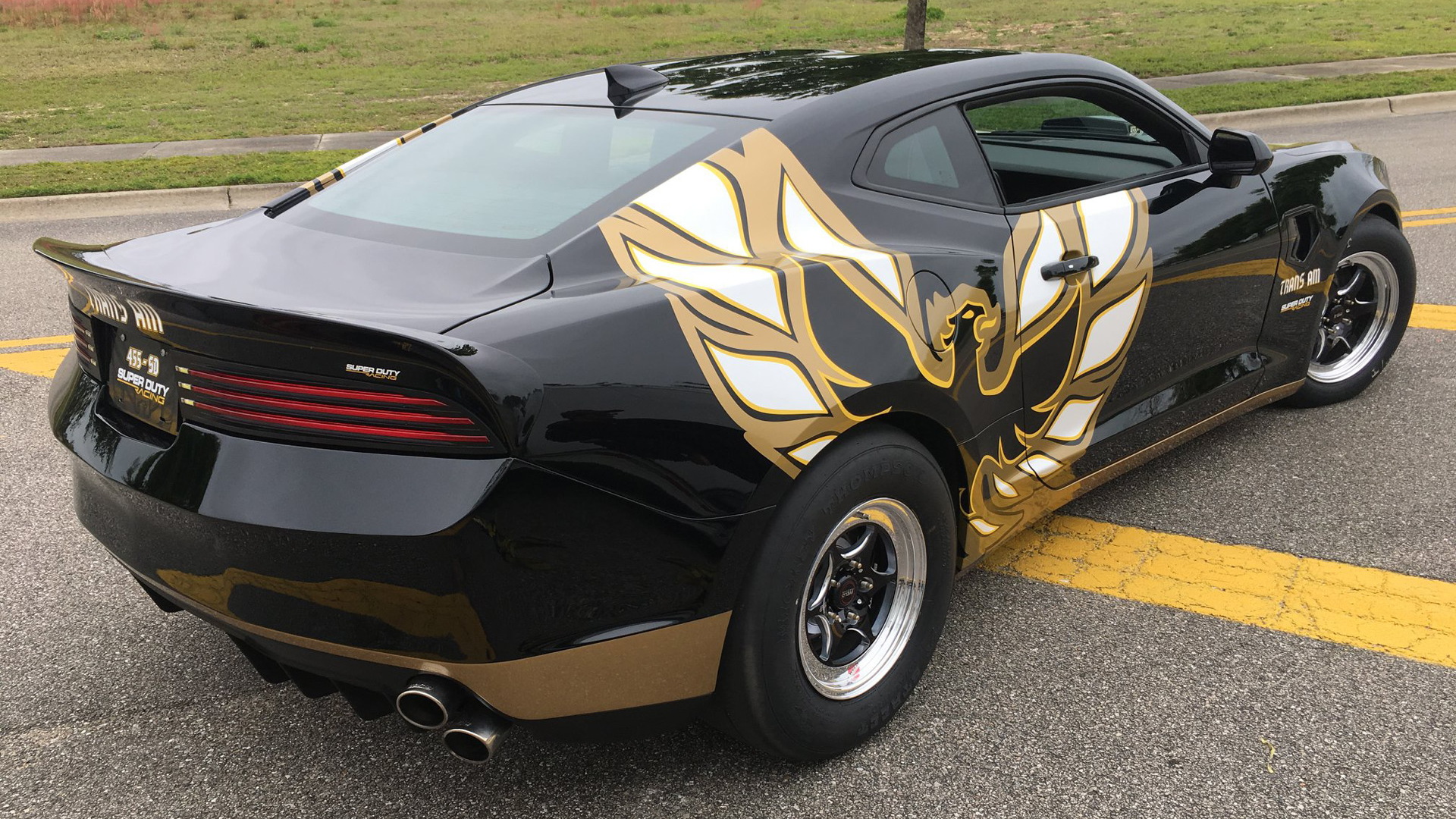 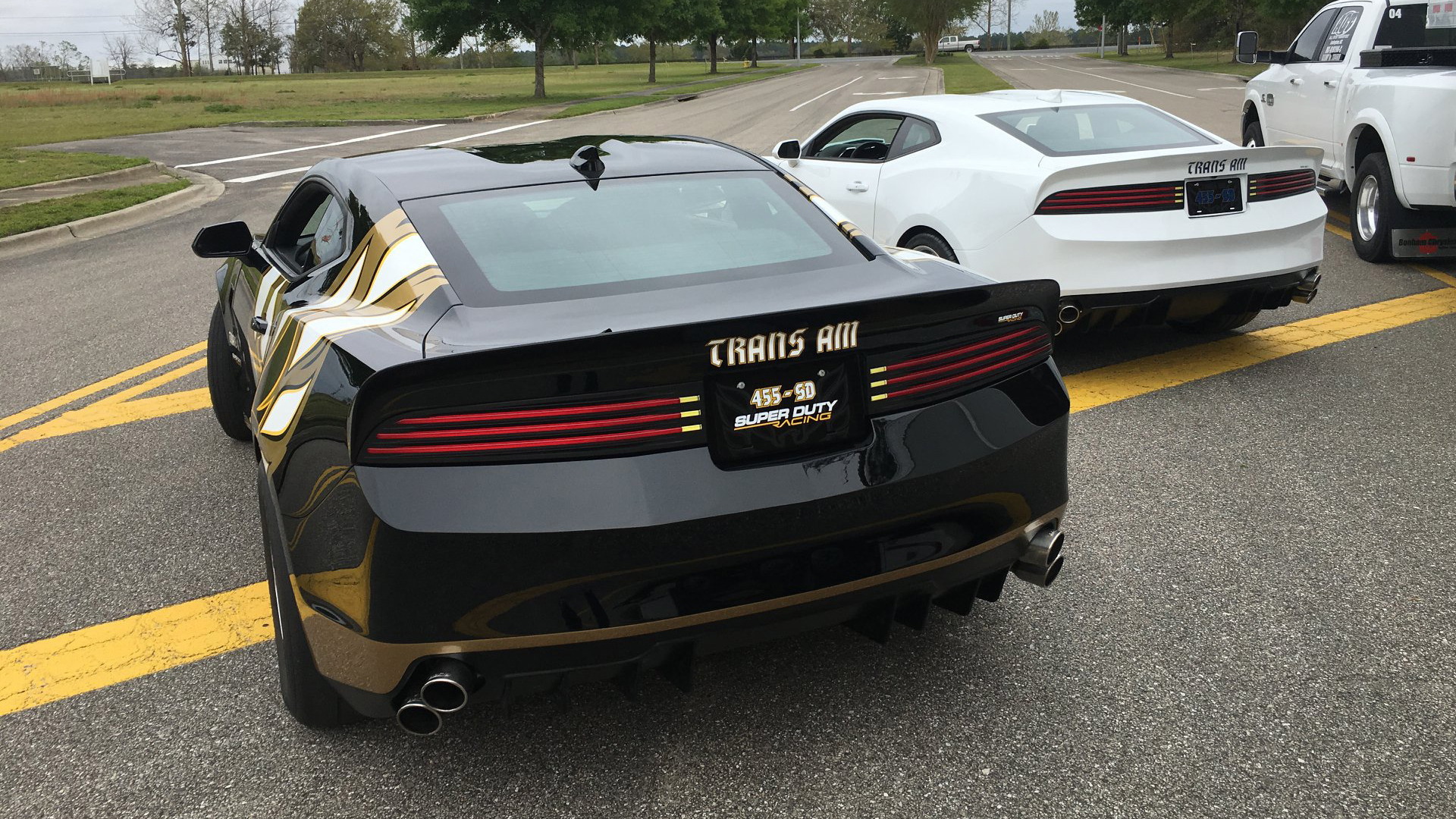 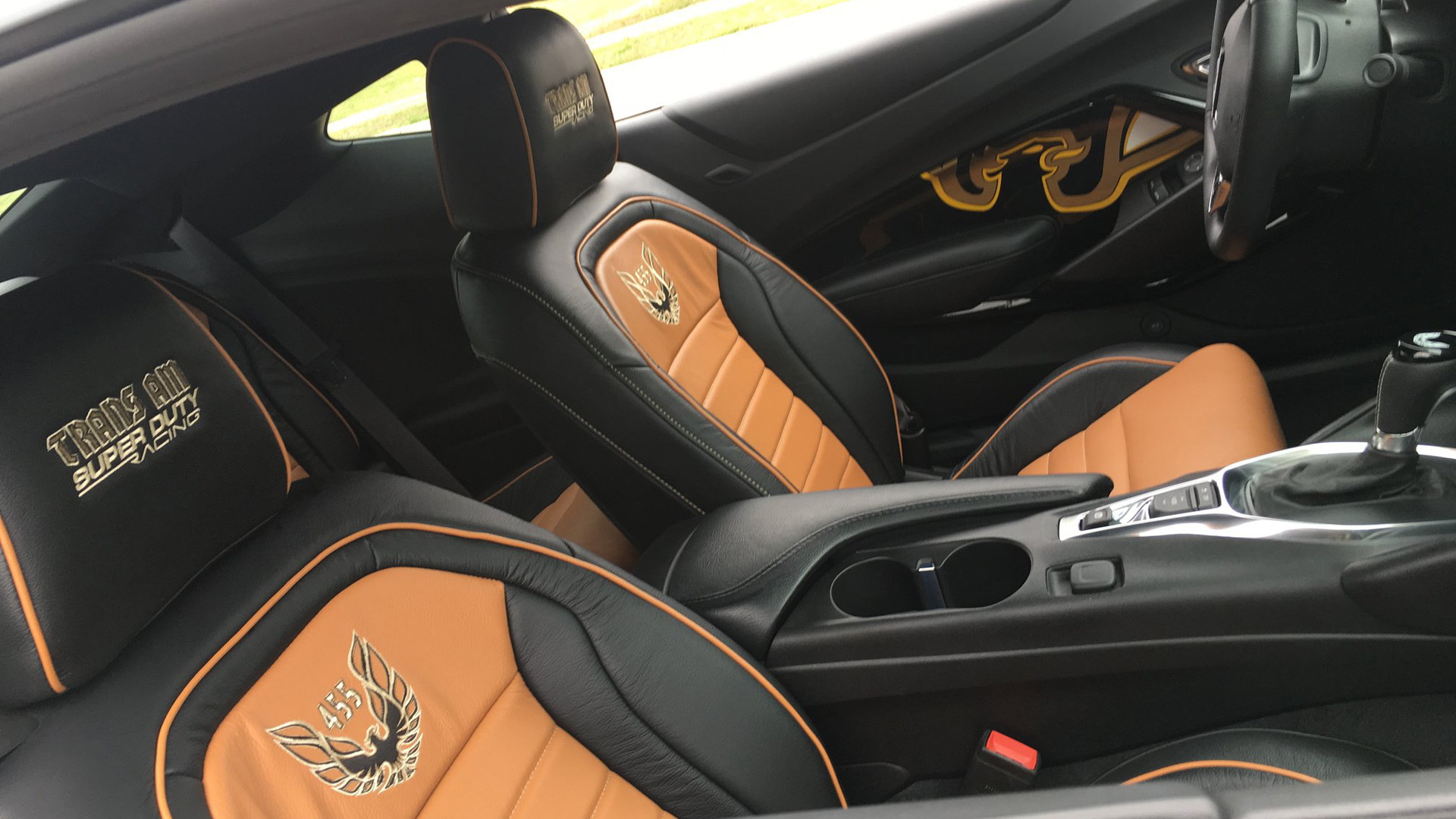 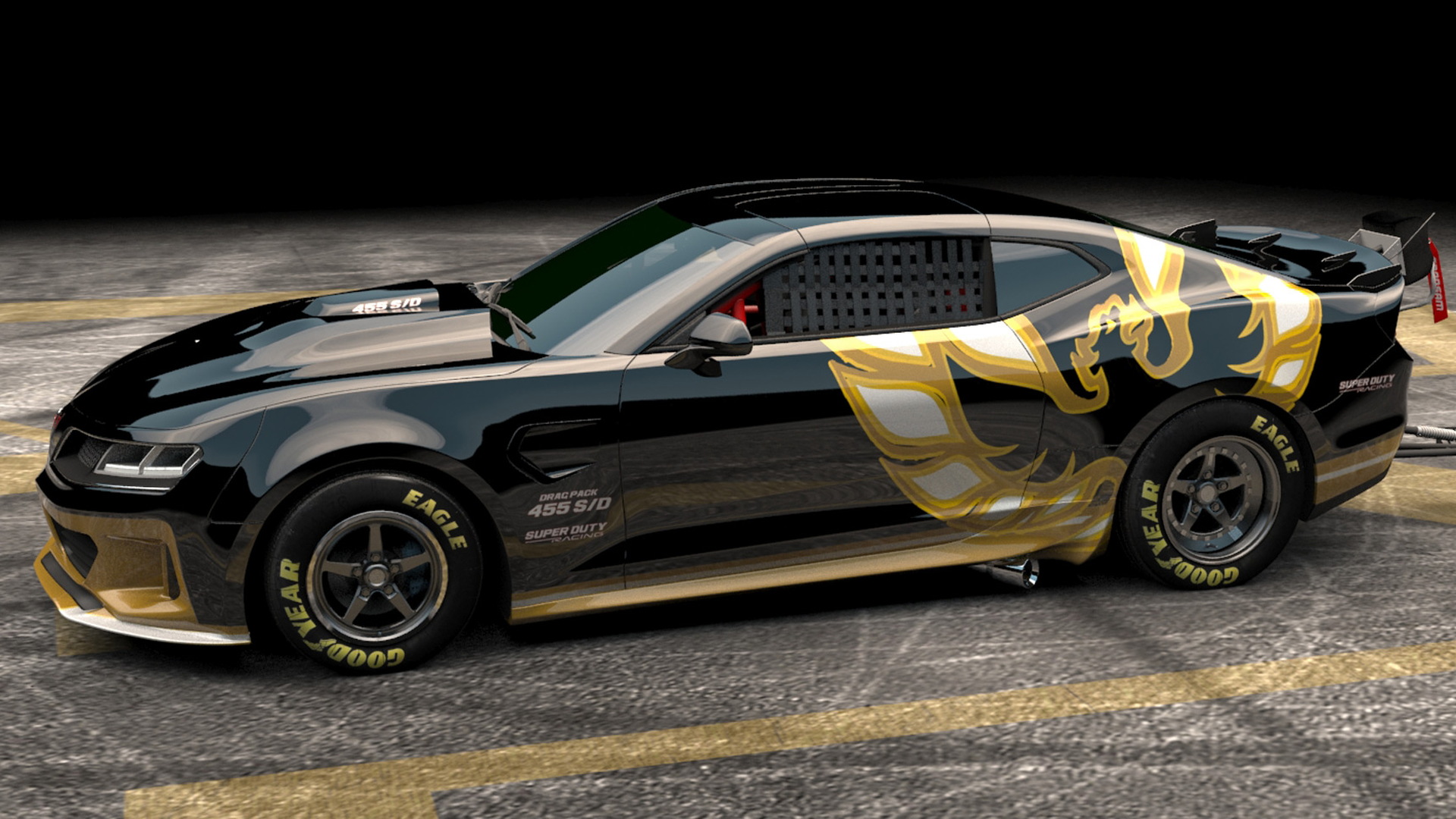 Trans Am Depot has built an even more extreme version of its 1,000-horsepower 455 Super Duty based on the sixth-generation Chevrolet Camaro that we saw last year.

It turns out Trans Am Depot only needed to switch from pump gas to race gas and add methanol injection to achieve its goal. In fact, the company could achieve much higher numbers but is limited by the car's 8-speed automatic transmission, which already needed to be reinforced to handle the standard 455 Super Duty's output. The engine is a supercharged versoin of the Camaro SS's 6.2-liter V-8 that's also been stroked to a full 7.5 liters, or 455 cubic inches.

The final number is 1,100 hp, or 260 more than the Demon running race fuel. Trans Am Depot estimates that the 455 Super Duty Racing will run the quarter mile in the low 9s and possibly even drop into the 8s.

Other modifications made to the car include include a 9.0-inch rear differential from Strange Engineering, a set of springs from Eibach, a roll cage and five-point harness, carbon fiber body panels, and a set of wheels from Weld wrapped in drag radials. A parachute has also been installed behind the rear license plate. And there's no missing that custom livery, designed by Zolland Design, the same company responsible for body mods.

All of the mods don't come cheap. A "standard" 1,000-hp 455 Super Duty will run you nearly $110,000. This version with the full drag package? Trans Am Depot estimates the cost to be $190,000. We say estimates because this version isn't actually for sale right now. This example is a one-off to show what Trans Am Depot can do, and the development of this car could be used to fund more examples with slightly lower price tags.

So if you're looking for retro-styling on a straight-line rocket, you should probably reach out to Trans Am Depot and see how the development is unfolding.