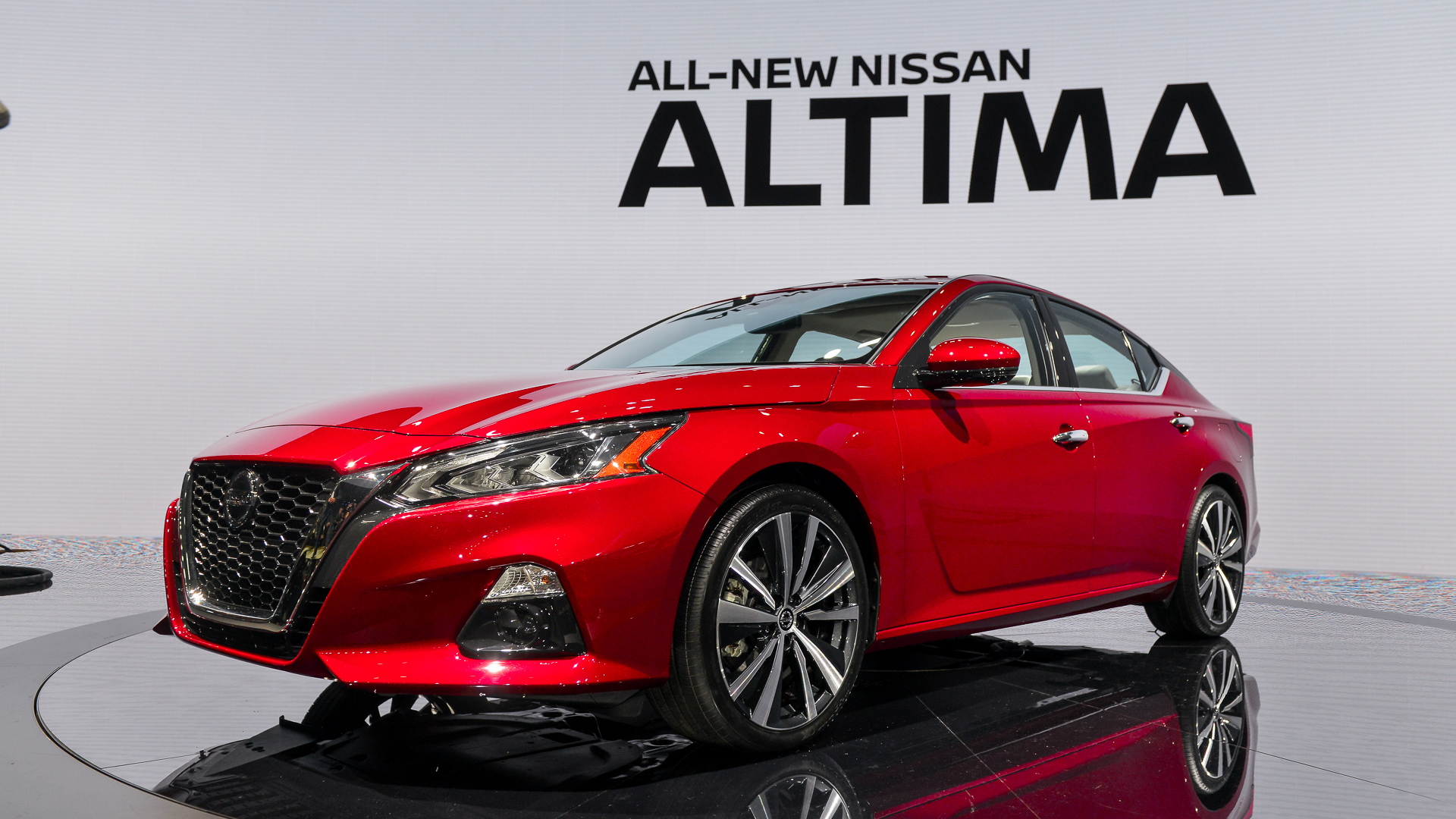 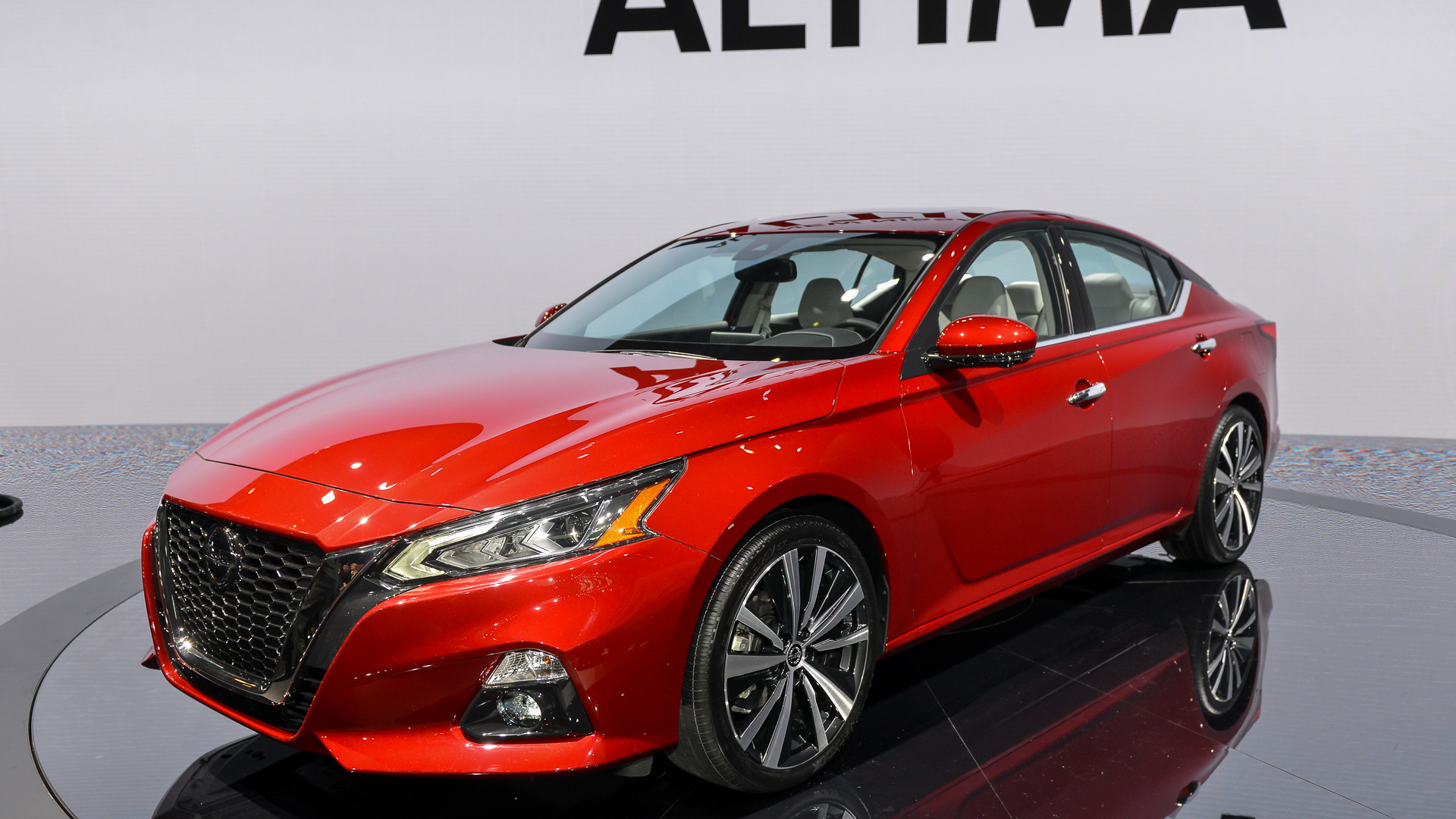 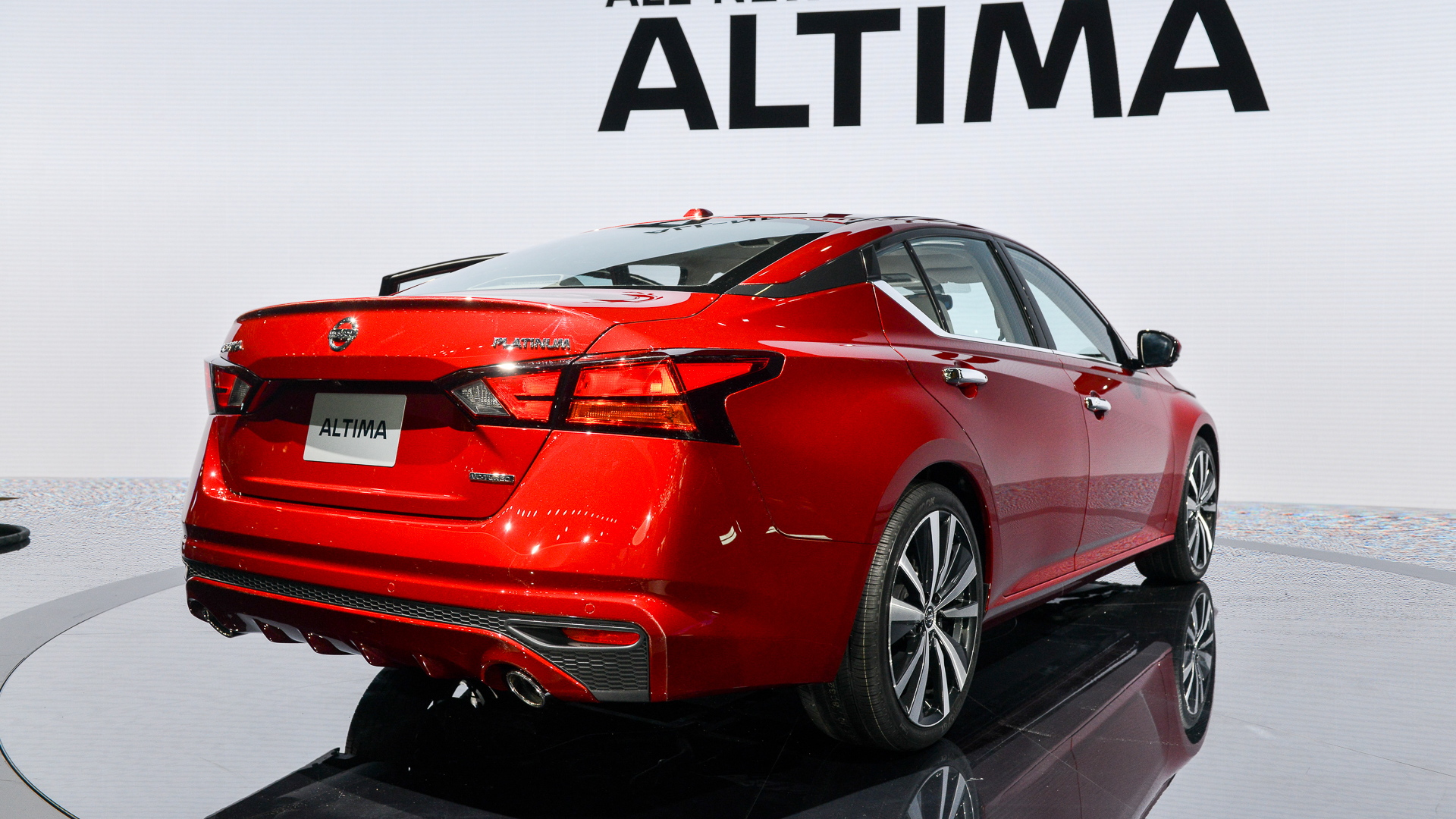 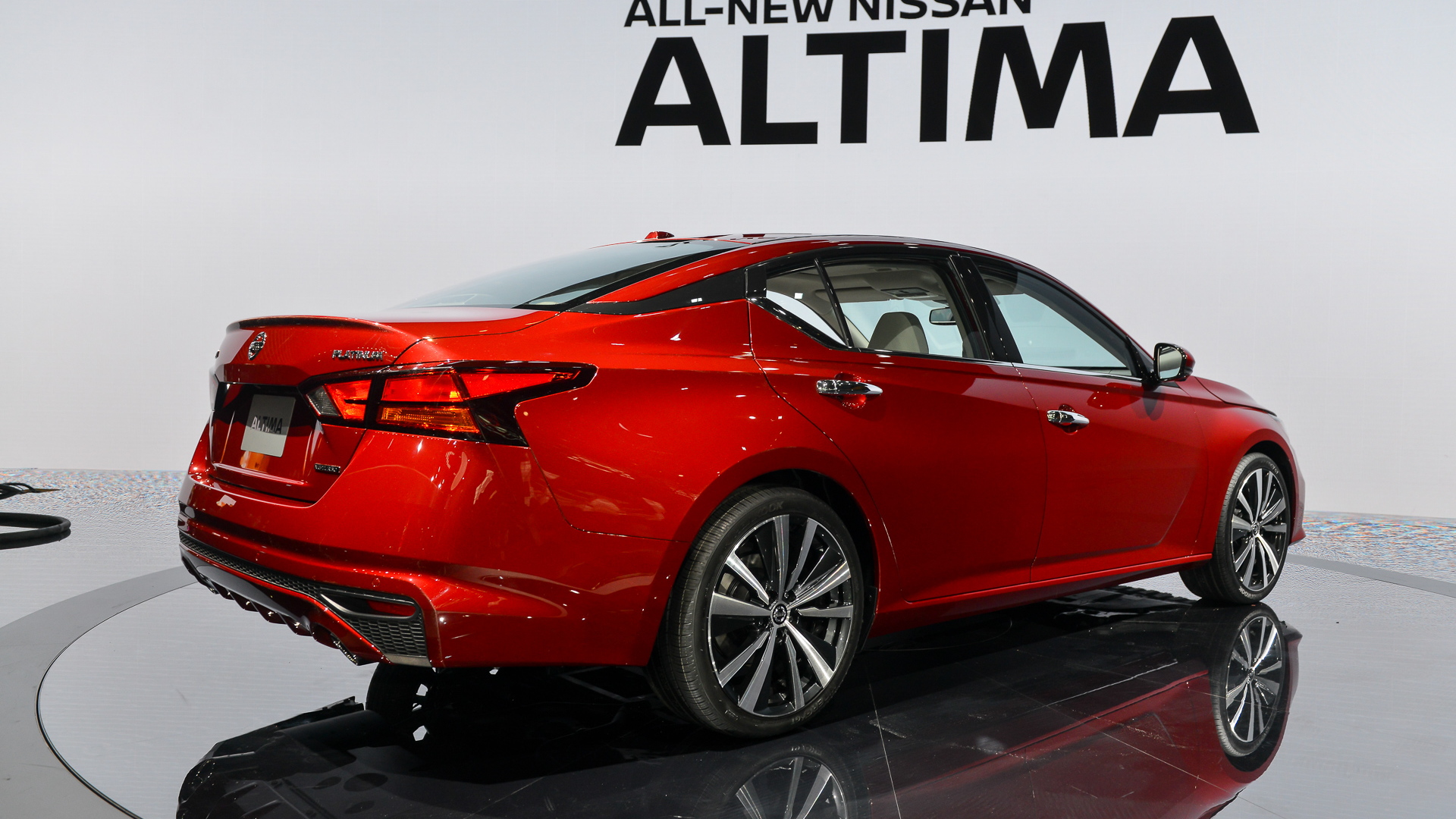 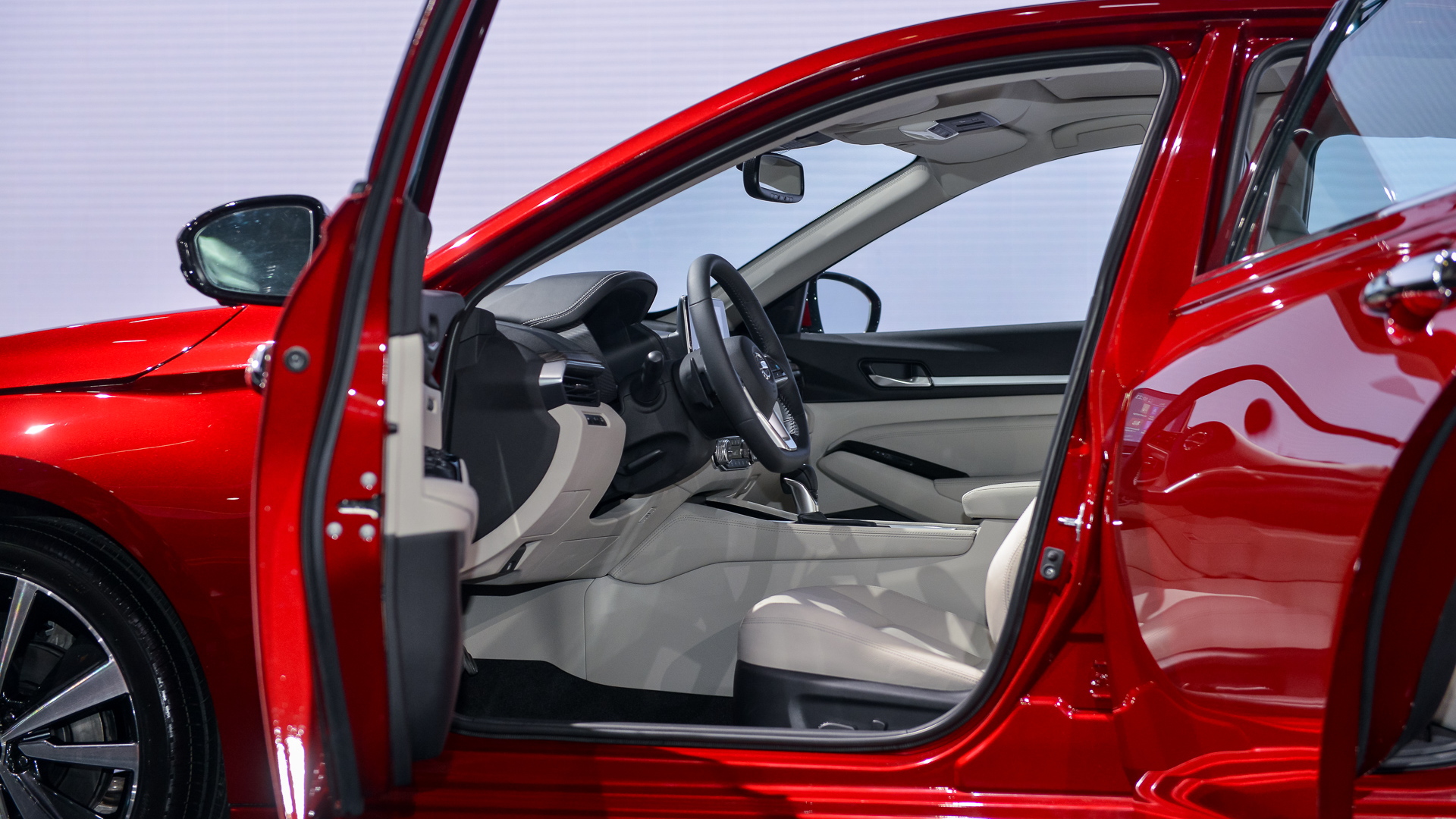 There's a new Nissan Altima coming to showrooms this fall as a 2019 model, and it made its debut on Wednesday at the 2018 New York auto show.

The car represents the sixth generation for the Altima nameplate and a core pillar of Nissan's sales strategy here in the United States.

The 2019 Altima brings a bold look, available all-wheel drive, and Nissan's VC-Turbo variable compression engine that we first saw on the 2019 Infiniti QX50, but it still misses out on hybrid tech that rivals offer. That may change at a later date, however.

The standard powertrain is a 2.5-liter inline-4 delivering 188 horsepower and 180 pound-feet of torque. And replacing the outgoing model's 3.5-liter V-6 option is the VC-Turbo engine, which displaces 2.0 liters and features turbocharging for a peak 248 hp and 273 lb-ft. The high-tech engine has the ability to alter its compression ratio. It means it can offer high performance when required and high economy at other times.

The sole transmission for both powertrains is a CVT, and on the sporty Altima SR grade a pair of paddle shifters allow for psuedo manual control. The all-wheel-drive system mentioned above is only being offered with the 2.5-liter engine. The system normally splits torque 50:50 but if needed can send up to 100 percent of the torque to the front wheels.

The cabin design is clean, light and airy. Worth a mention is the addition of Nissan's ProPilot Assist semi-autonomous driving aid. It helps to keep you centered in your lane, manage stop-and-go traffic, and maintain a set vehicle speed and set distance to the vehicle ahead during highway driving. The driver still needs to do much of the driving however, as the system is only an assist feature at present.

Even though demand for sedans may be on the wane, they still represent a healthy chunk of sales for many automakers, including Nissan. In the case of the Altima, Nissan sold 254,996 of them in the U.S. last year. That's down from the nameplate's high of 335,644 in 2014, but still nothing to sneeze at.

Pricing information will be announced closer to the market launch this fall, but should start close to the $23,260 starting price of the outgoing model. The car won't have an easy job when it arrives. Key rivals like the Honda Accord and Toyota Camry were redesigned for 2018. Updated versions of the Chevrolet Malibu and Ford Fusion are also on the way for 2019.