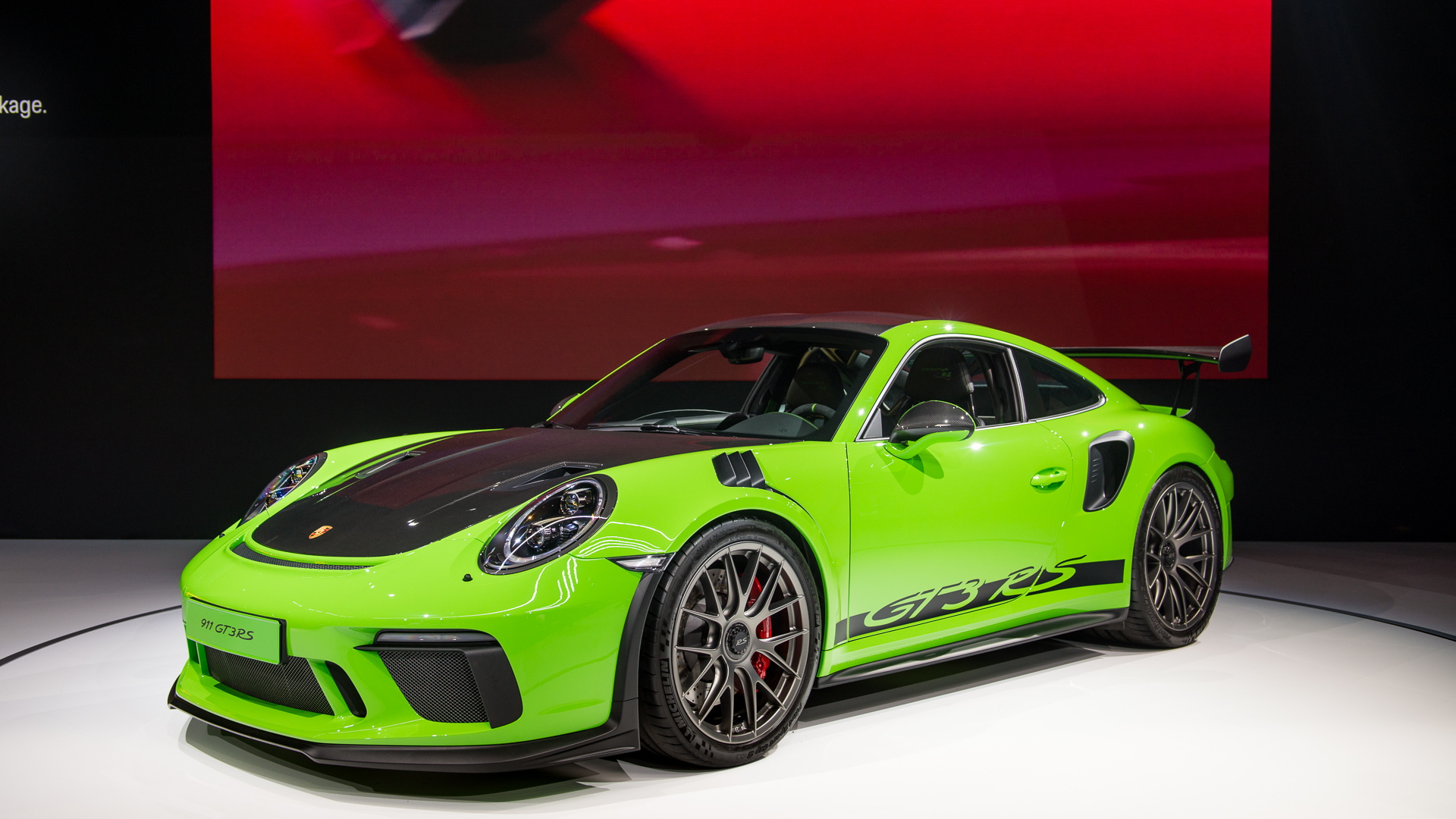 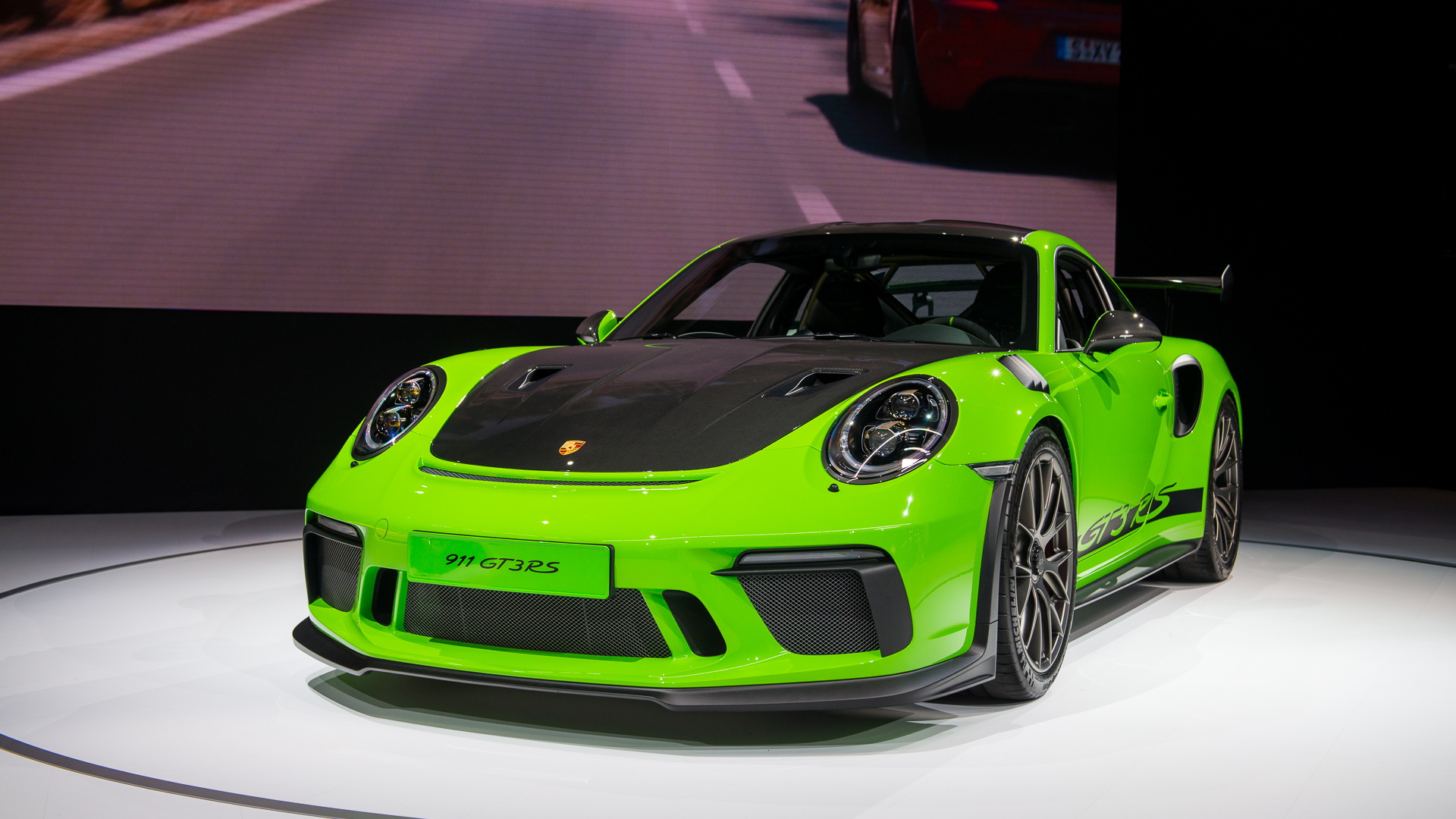 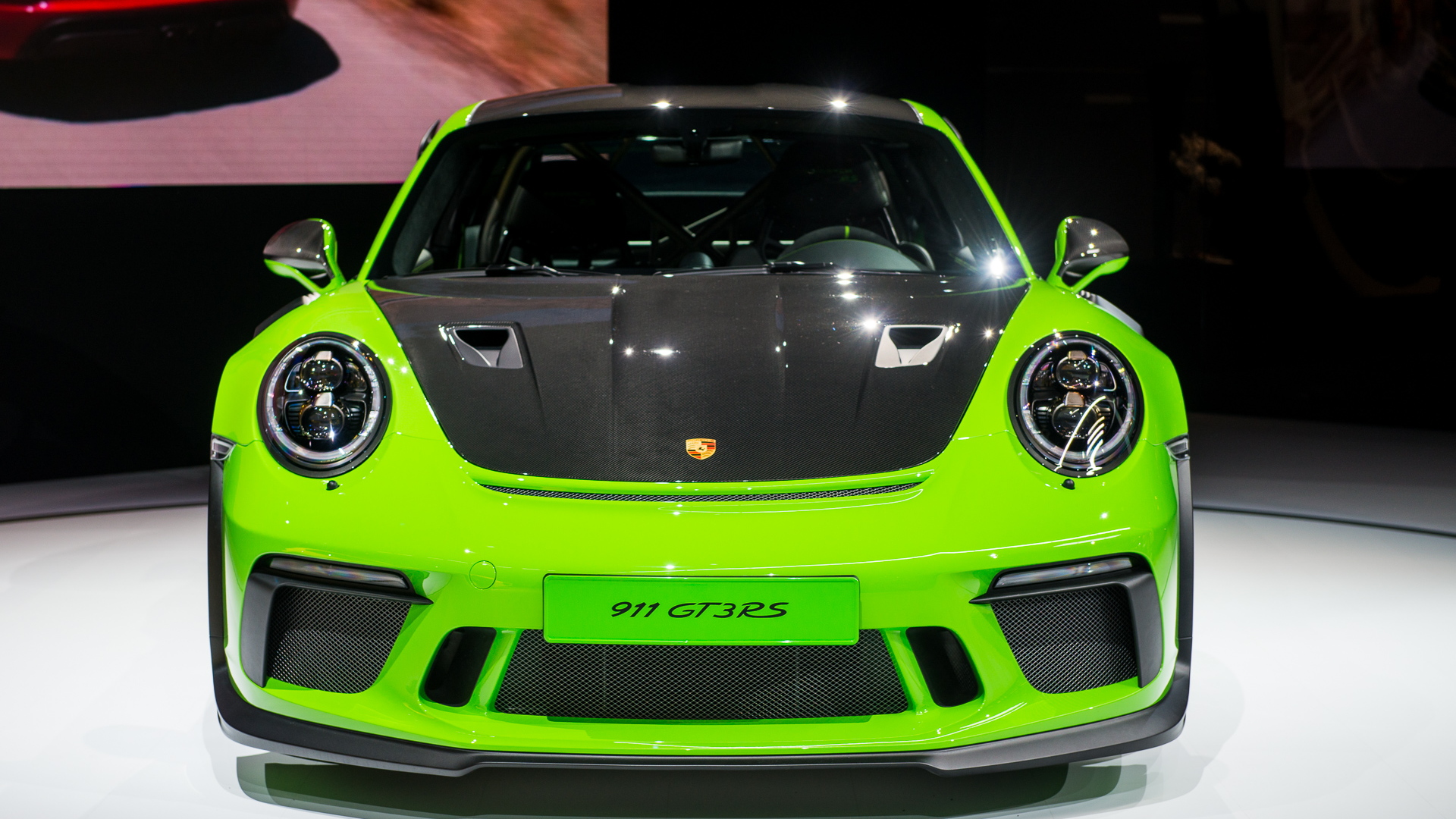 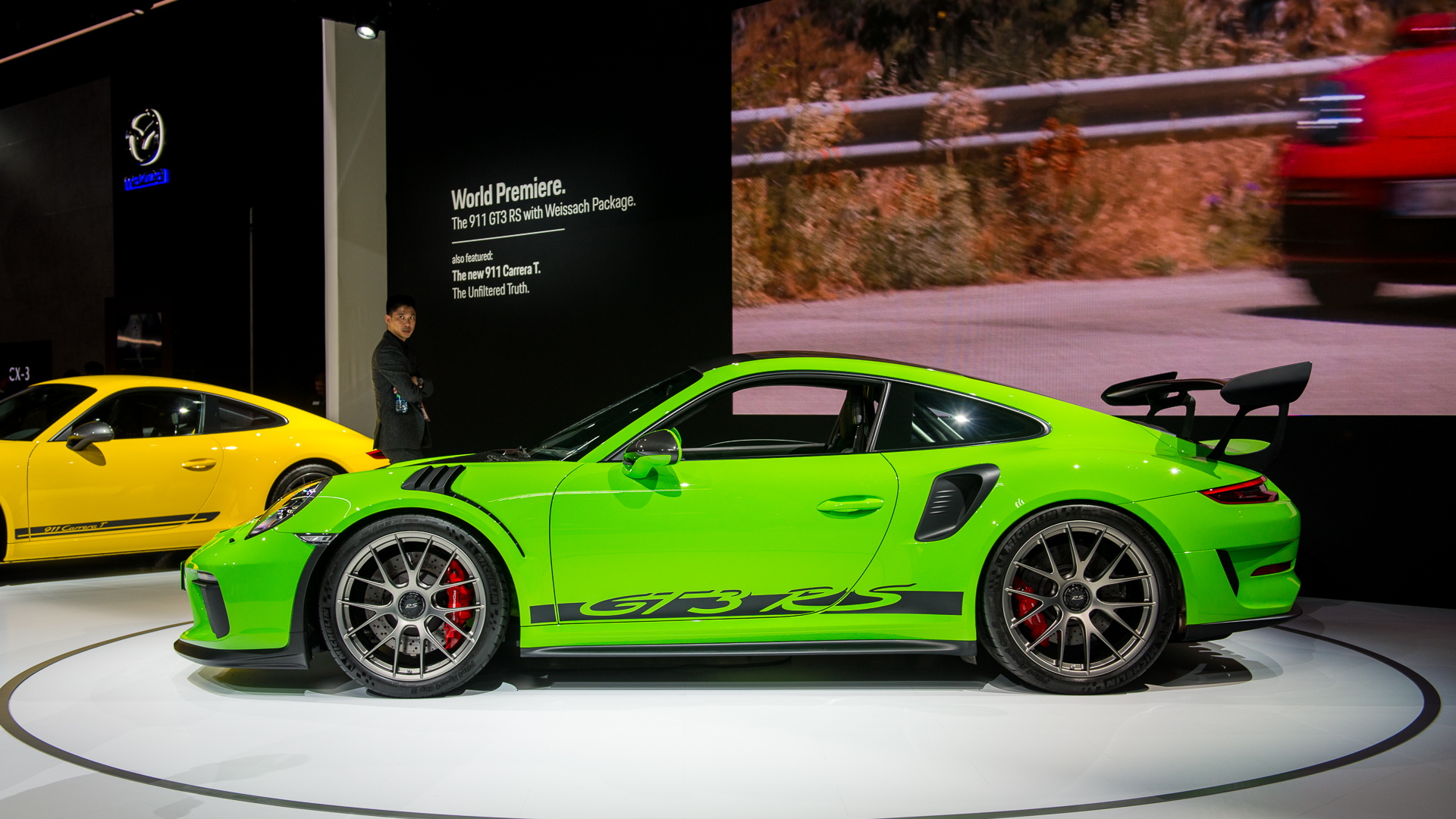 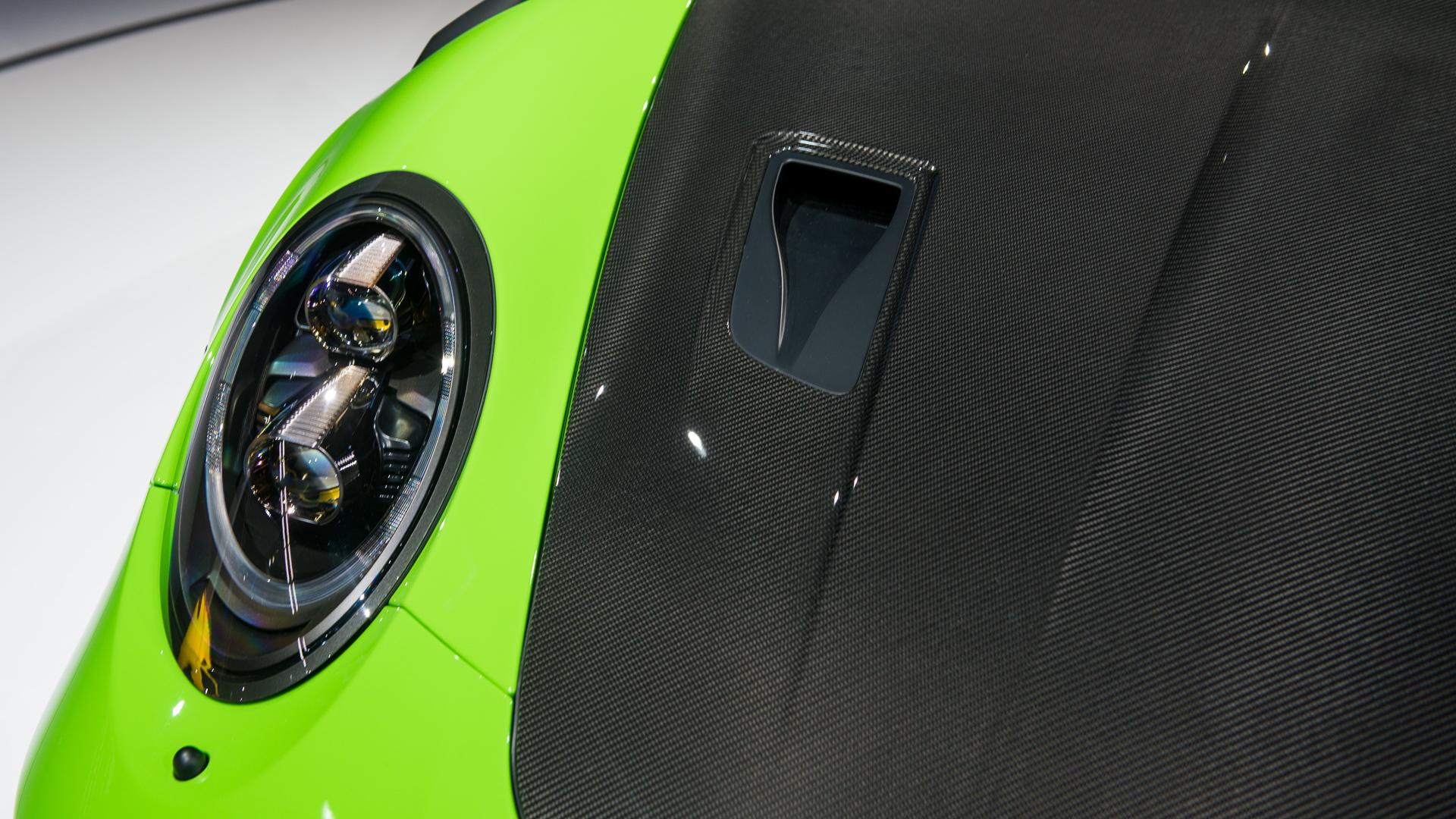 Weissach is a town in Baden-Württemberg, Germany that is the home to Porsche's research and development headquarters. It's where much of the engineering that makes Porsches so magical is done, and it also boasts a test track.

Porsche is so proud of the work done in Weissach that it has begun naming the highest-tech, lowest weight option packages for its high-end performance models after the place. Here at the New York auto show, Porsche unveiled its third Weissach package, this one for the recently revealed 2019 911 GT3 RS. The first two versions were offered on the 918 Spyder and 911 GT2 RS.

The 911 GT3 RS's Weissach package announces its presence with a carbon fiber roof that saves 1.1 pounds versus the 911 GT3's standard magnesium roof (which happens to be 2 pounds lighter than a typical aluminum roof). The hood and wing are also visible carbon fiber instead of the painted carbon fiber of the standard car. The rear is adorned with a large Porsche logo.

Underneath, carbon fiber is used for the stabilizer bars and stabilizer coupling rods, saving 11.9 pounds.

Porsche really gets into the minutiae when it comes to interior weight savings. Carbon fiber shift paddles and carbon fiber steering wheel trim save about a half a pound, and thinner carpeting does the same. Eat one less cheeseburger and you can save the same amount of weight. The package also comes with Porsche's full bucket seats embroidered with a Weissach Package logo complete with an outline of the test track, and there is a Weissach Package badge above the glovebox.

All told, the Weissach package runs $18,000, but for another $13,000 buyers can get the most significant weight savings. That will buy a set of forged magnesium wheels that shave 25 pounds of unsprung weight and rotational mass. The package is available now, but the wheels will be available at a later date and will only be offered in conjunction with this package.

For more from the N.Y. auto show, check out our dedicated hub.