BMW is already confirmed to be unveiling its new-generation 8-Series coupe at next week's 2018 Geneva International Motor Show, and now we know the automaker will have an 8er-related surprise on display as well.

This teaser shot was posted up on BMW's Facebook page overnight and depicts a stretched 8-Series—and if you look closely you'll notice there's an extra cut line for a rear door, suggesting we're looking at a potential Gran Coupe model, BMW's name for coupe-like sedans.

No further information was released but just last week there was a report claiming we'd see BMW present an M8 Gran Coupe concept in Geneva. If accurate, it means the car in the teaser should be powered by a 4.4-liter twin-turbocharged V-8 generating 600 horsepower or more. It will likely also wear an aggressive aero suit to match. 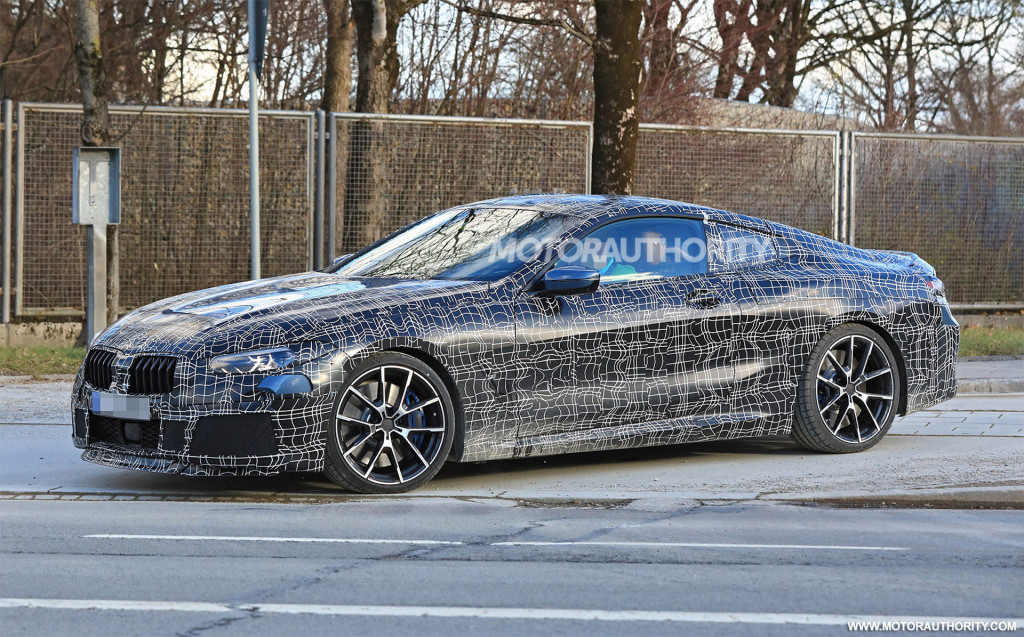 Given the popularity of sedans in the key markets of China and the United States, BMW launching an 8-Series Gran Coupe is a no-brainer. In fact, we're heard that the car might be ready to launch as early as next year. It will serve as the direct replacement for the 6-Series Gran Coupe and compete with the likes of the Audi A7, Porsche Panamera and Mercedes-AMG GT Coupe (also debuting in Geneva).

A third 8-Series body style, a convertible, is also planned. It will arrive later this year. And yes, all three will come in M8 flavor.

We'll know more soon as all the action of the Geneva motor show unfolds March 6. To learn about some of the other vehicles set to appear, head to our dedicated hub.